Trading began at a price of $3,945 from 14 March, and the price closed at $3,948 at the end of the day. However, during the day, the price was moving in the range of 3.5%. The most interesting thing is that the main price movement took place within one hour, and if to be more accurate then during two 15-minute candles: 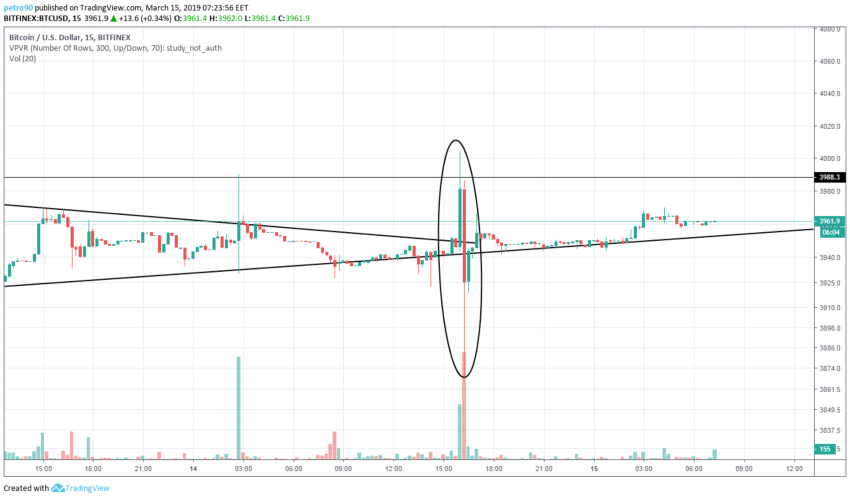 Buyers tried again to break through the black triangle, in which the price was traded from 9 March, after which they got a resolute response from sellers, also on the raised volume. After this battle, the price in the usual mode continued its movement without volumes. So, we can conclude that during the attempt to break through $3,988, sellers are activated and sharply lower the price. 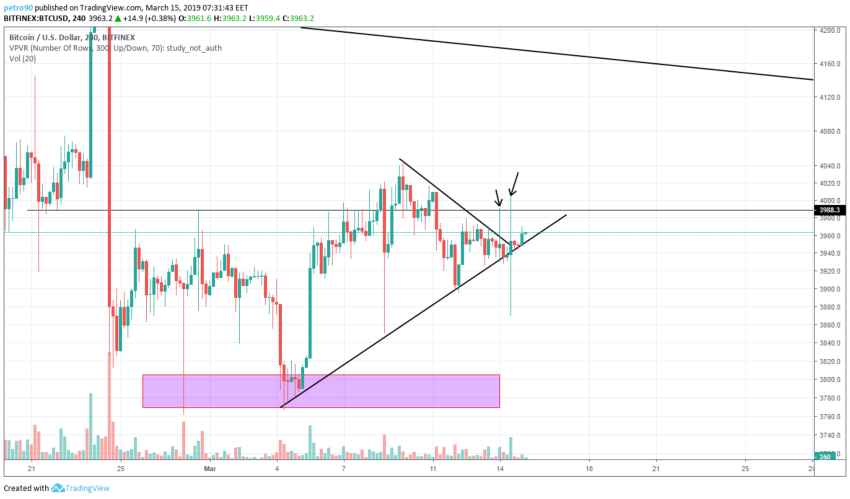 However, sellers do not fully realize their counterattack and give a new chance to buyers. This behavior of sellers means that they are not ready to continue to fall either because of weakness or because they have not cleared the way for the buyer for the next fall.

What happened to the marginal positions of market participants?

The positions of buyers sharply decreased this very hour when sellers sharply responded to buyers in their attempt to grow: 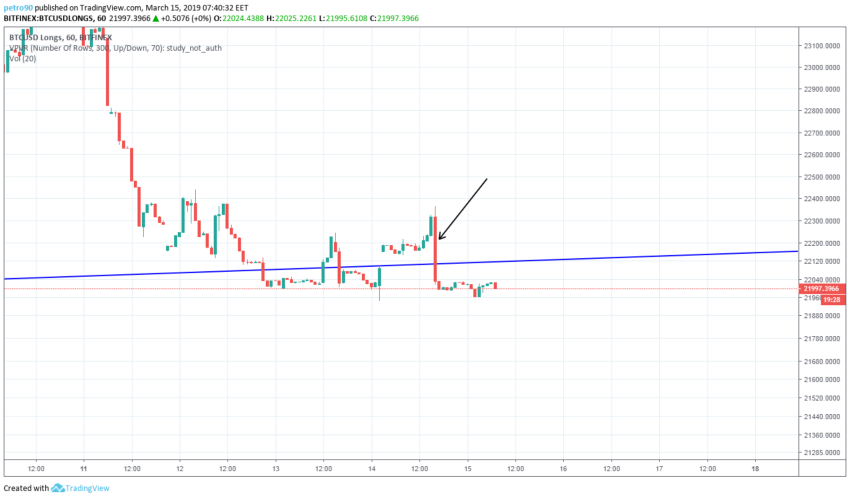 Most likely, the market stop-loss of buyers who were inserted below the low trend line of the triangle, and since the market is now without volumes, sellers did not need much effort to provoke this situation.

Seller margin positions also decreased in the hour of greatest activity on 14 March but after this situation, sellers began to increase their positions. Now the position of sellers is in the triangle from 9 March. 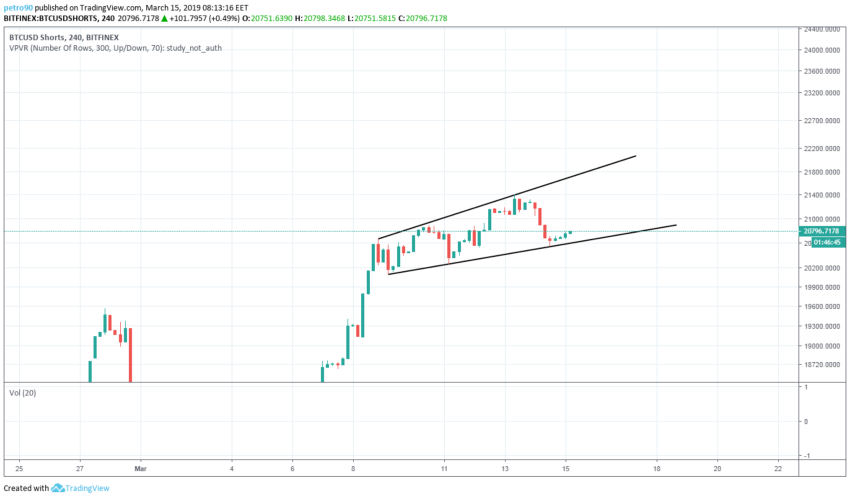 Globally, after buyers attempted to break through and fix over $3,988, sellers lowered the price below this level and are still undergoing consolidation under the level. All attempts by buyers to change the situation are not successful yet. In our opinion, every flawed buyer’s breakdown shows their weakness and if buyers cannot hold themselves above the $3,988 level after several attempts, sellers will continue their sharp fall as a first step to $3,870. 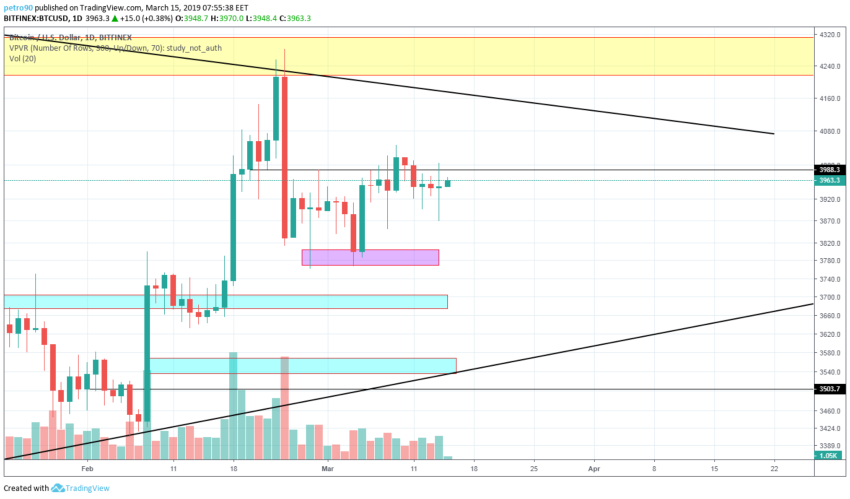 If buyers will be able to fix themselves above $3,988, the next target price zone is $4,200–4,300. As we wrote in the previous analyses, for us, this price zone is considered critical, since sellers protect it reliably from November 2018. Yesterday’s hourly activity of market participants, on a daily timeframe, is not even noticeable and did not bring any clarity on the market, except for emotions.

What will be next? If you take a closer look at the triangle in which the price is traded from November, one can observe that the low trend line can be drawn in a different way. In this case, the price stayed outside the triangle for about 10 days, starting from 28 January but turned sharply into the triangle on 8 February, and buyers are already protecting this line for the third time. In this case, this consolidation can be delayed by the beginning of April, after which there will be a powerful and sharp exit from the triangle and, in our opinion, down.

Therefore, it should not be a long period to enjoy the consolidation. We will discuss global targets and scenarios of the price movement in the weekly market analysis.