It is already the fourth week that buyers have decided their relationship around the price zone of $135–140. This week, buyers are trying to fix themselves above this zone but these attempts look uncertain. The fact is that after 13 March, when sellers could not update the local minimum, they began their growth attempt. However, if we compare the size of candles and their volumes, we assume that this attempt will also fail. Now the price moves in the local channel, which is more like a correction channel, after which the fall should continue.

If we analyze the marginal buyer positions, from the beginning of March, buyers are increasing their positions. The exception was today: 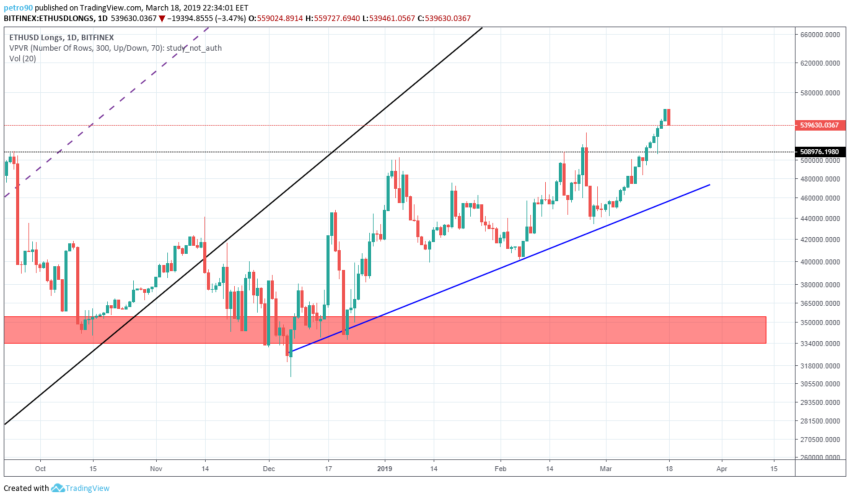 Sellers, on the contrary, reduced their positions, but all this happened in the wedge: 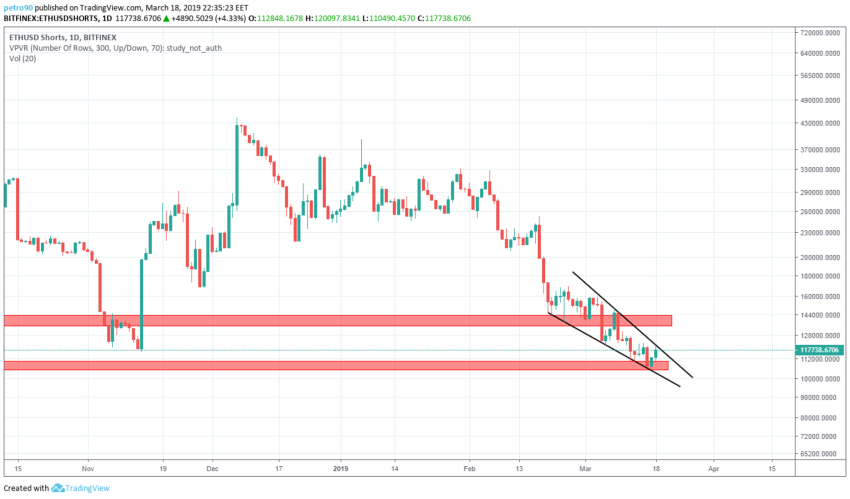 Therefore, there is a high probability of an active increase in margin positions of sellers soon, which will lead to a fall in prices.

On a weekly timeframe, the situation looks not to the benefit of buyers: 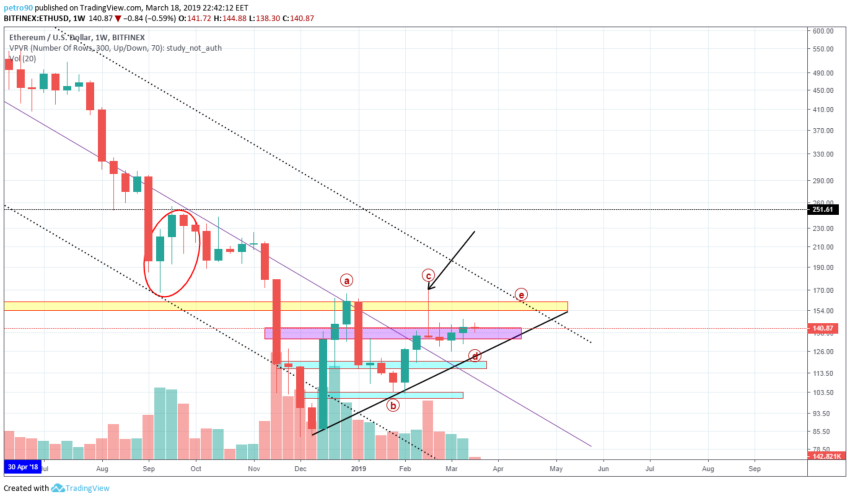 After a flawed breakdown in February, the volumes of each subsequent week decreased and the candles clearly show that the balance of power is beginning to change.

According to the wave analysis, we expect the wave d to continue formation and a test of $120: 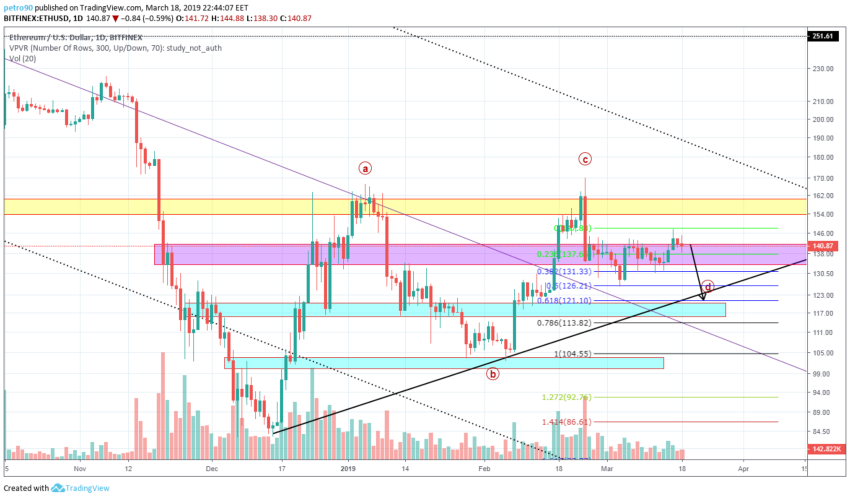 With a high probability after the test of this price zone, consolidation within the triangle will continue and buyers will try again to break through $155–160. However, with the appearance of abnormal volumes at a price of $120, there is a great chance again of a test of $82.

Globally, we are seeing the weakness of buyers and the continuation of trade in the falling channel, which was formed from January 2018. However, before consolidation in the triangle may be delayed until the end of April. Therefore, the critical points remain the same. Sellers, for a confirmation of this force, should keep $155–160. To maintain a growth chance, buyers should keep $120. And we have to wait for a breakdown of control points and then make important decisions.