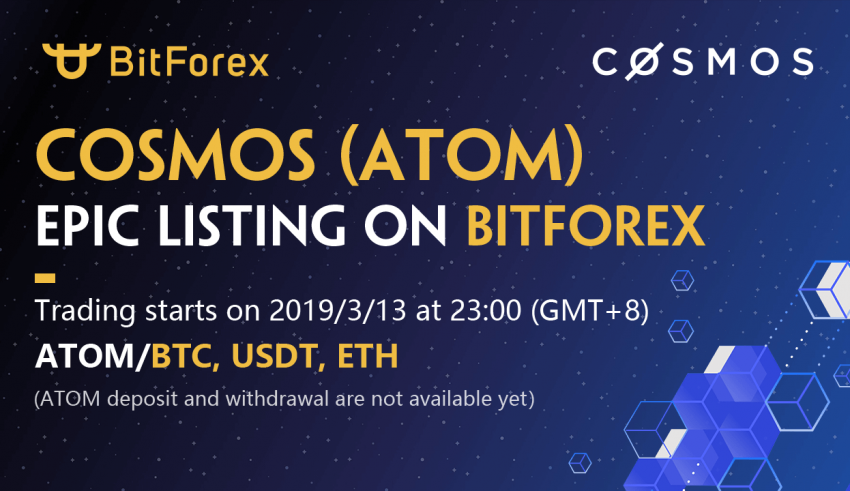 March 25th, 2019 – Following an earlier announcement by BitForex that they would be among the first cryptocurrency exchanges to list the hot new ATOM token from COSMOS, it appears that BitForex is going the extra mile to ensure it can provide as many benefits to its users as possible.

COSMOS is a project aimed at bringing the somewhat fragmented blockchain space together. COSMOS is comprised of three separate teams, headed up by a non-profit team based out of Switzerland, known as the Interchain Foundation (ICF). They were formed specifically to facilitate the development of COSMOS and its planned ecosystem.

The two other teams involved in bringing COSMOS to life are All in Bits Inc (also known as Tendermint), a software development company contracted by ICF to develop the main COSMOS network. Finally, there’s the IRIS Foundation, in charge of creating the IRISnet – a COSMOS hub facilitating distributed business application construction. If you’d like to find out more about the admittedly complicated project, we suggest taking a look at the COSMOS one-pager.

BitForex already offers weekly airdrops of up to 10% token rewards for ATOM holders on the platform as a reward for supporting the project. If that wasn’t enough to convince you that BitForex is the place to be when it comes to COSMOS’s ATOM token trading, then this next bit should be interesting. BitForex is now offering the ability for ATOM holders to participate in futures physical delivery.

Simply put, this enables registered BitForex users to borrow ATOM tokens by using USDT as collateral. This unlocks the option to trade ATOM and USDT as a pair, letting users return ATOM at any time to get their USDT back.

At first, this may not seem like a big deal, until recalling the fact that ATOM technically isn’t available for withdrawal anywhere yet, at least not until the COSMOS mainnet launches at a later date.

What BitForex is doing, thanks to their partnership with Sparkpool and greater token liquidity compared to competing cryptocurrency exchanges, is putting users first. Even though the token isn’t fully tradable yet, BitForex is giving users the opportunity to trade with it anyway, so they don’t miss out on any potential great trading moments.

“When we see such a pivotal project as COSMOS, we want to do everything we can to provide our userbase with all the tools they need to trade in the most convenient way possible. The world of Crypto moves quickly, so it’s up to us to keep up with demand when it comes to what our customers want.”

And such great trading moments didn’t take long to appear, with ATOM having peaked at ~700% value increase since opening on BitForex earlier this month, on 13 March; from a value of 1 USDT to up to an impressive 8.43 USDT within its first week.

More than 2,000 users are currently holding atom on BitForex, making it the single largest exchange for ATOM trading, with over 119,003 USDT in ATOM trading volume. 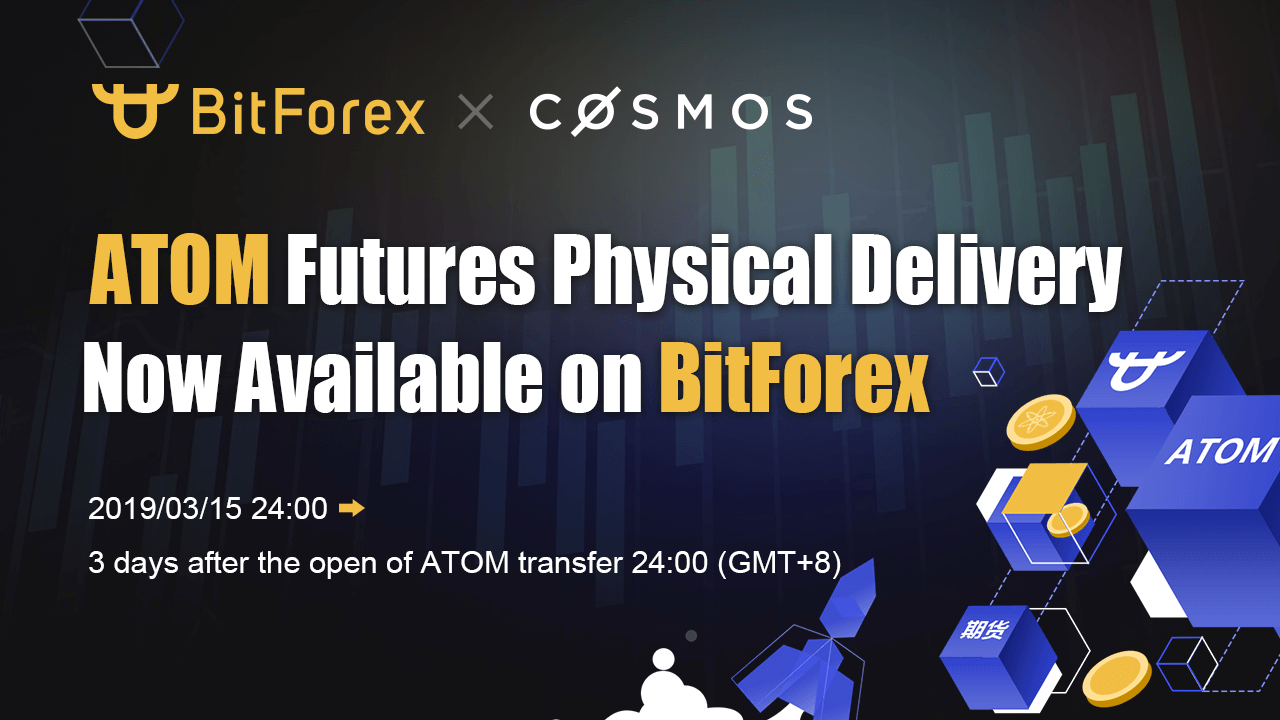 About COSMOS
Cosmos is a decentralized network of independent parallel blockchains, each powered by BFT consensus algorithms like the Tendermint consensus. They aim to allow multiple chains to interoperate freely, creating a giant network that will help solve some of the inherent limitations found in current major blockchains.

About BitForex
Founded in March 2018, BitForex is the leading destination for all cryptocurrency exchange services. As one of the largest and fastest growing cryptocurrency exchanges in the world, it strives to provide fast and seamless access to features catering to traders of all calibers. With 1.8 million users from more than 180 countries trading 150+ different tokens for a total daily trading volume of over 200 million USD, BitForex is here to serve you – whatever your needs may be.

COSMOS is the source of this content. Virtual currency is not legal tender, is not backed by the government, and accounts and value balances are not subject to consumer protections. This press release is for informational purposes only. The information does not constitute investment advice or an offer to invest.