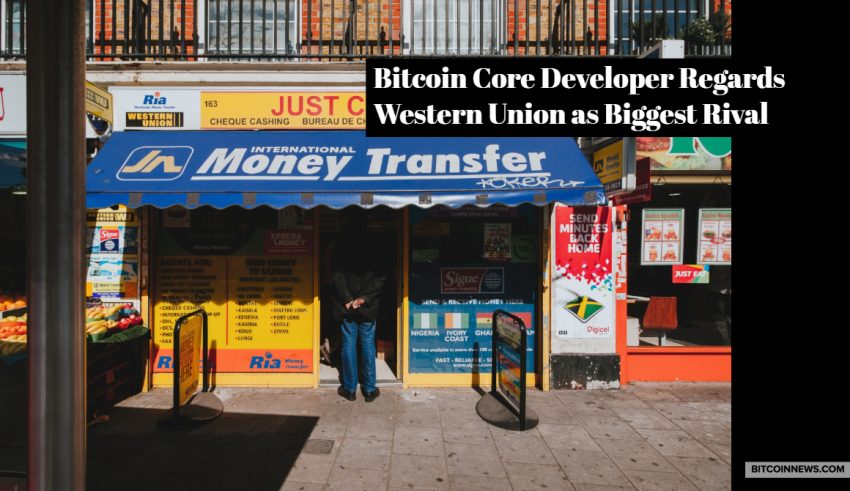 Todd’s comments came during a panel discussion at the 2019 MIT Bitcoin Expo, where Bitcoin’s utility as a payment method and financial services was compared to traditional financial service providers such as Western Union, Visa and Mastercard.

He pointed out that while Western Union had a public reputation as a company that facilitated money transfers internationally, it was in fact a financial services provider that provided the ability to transfer money across borders. It was this similarity to Bitcoin that made it a direct competitor.

His allusion could also have been that it sought to help individuals retain certain controls over how they sent money, often by circumventing regulatory measures ordinarily applicable to banking services.

The FXview’s own description of Western Union is demonstrative of its reputation within the financial industry: “The company has become synonymous with the word scam because of its anonymous transfer system, and has tens of thousands of complains [sic] online by angry clients.”

The recognized developer, whose key contributions have been towards the Bitcoin network, did maintain that Bitcoin had other key attributes that would trump other payment alternatives, for example, in the face of tightening regulations on cash flows:

“…if you’re talking about the sort of thing where Bitcoin has a chance at competing in, where you have regulations restricting the flow of money, Visa and Mastercards of the world have a very difficult time of competing.”

Todd also believed that JP Morgan Chase’s new digital currency, JPM Coin, would also be comparable to PayPal, in that they had similar working architecture and “roughly the same” APIs: “You might have a bit of crypto, and change a few auditing things, and maybe change some of the APIs, but it’s really not that different.”

Last December, Western Union hinted that it would welcome adding cryptocurrency options to its services.