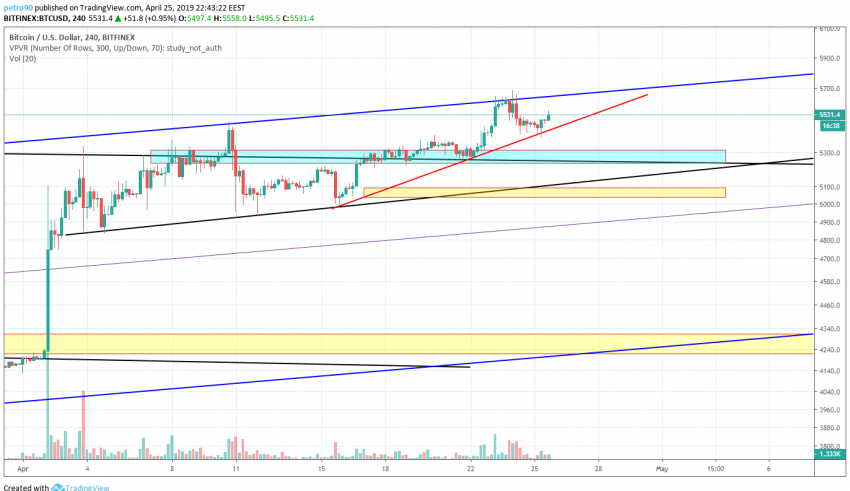 After buyer attempts from 23 April to accelerate growth, breaking the upper trend line, at first the price came to a stop and after decreasing in volumes sellers began their initiative. The price fall by 4% was accompanied by increased volumes, but it did not last long. Since 15 April, buyers try to organize growth keeping the bottom trend line, which we have highlighted in red. This time, buyers were able to keep this trend line again and are now trying to test $5,600-5,650. The current growth attempt is not accompanied by volumes, and in our opinion, the price can be traded between two trendlines until the end of the week.

If we analyze the marginal positions of buyers, then we see that when prices fell by 4%, the buyers seriously panicked and actively began to close their positions: 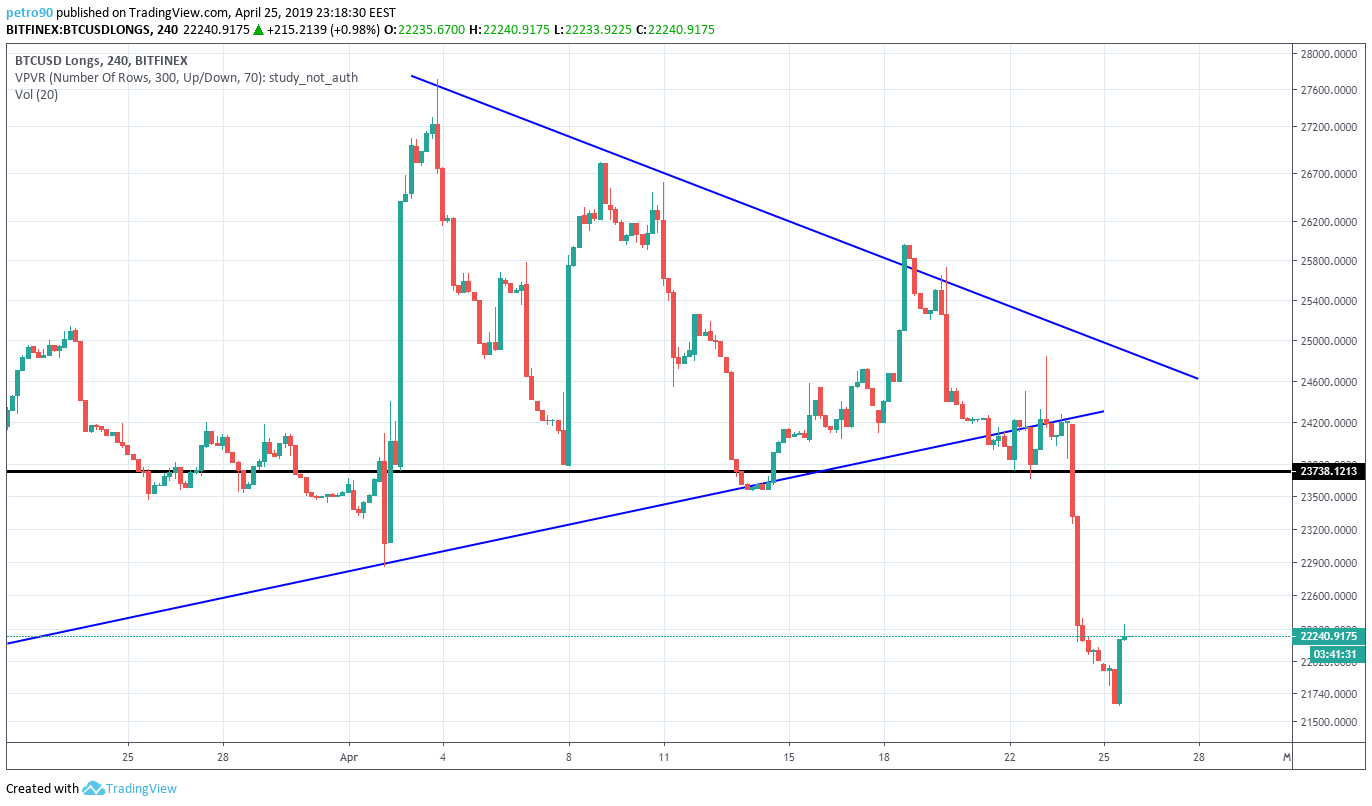 We want to add that if buyers do not keep the red trend line, then the fall and marginal positions of buyers will look even more tempting. 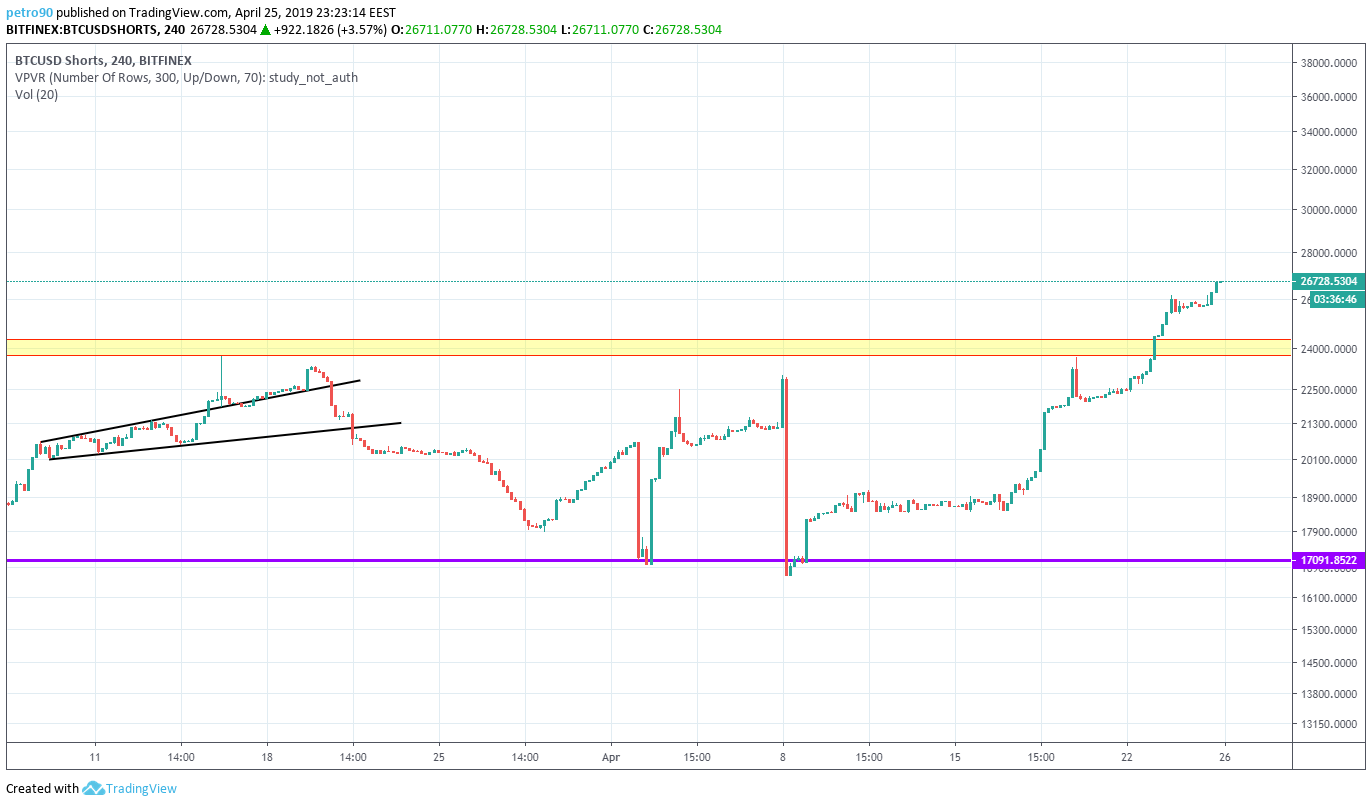 If there is no anomaly in the form of aggressive green candles with large volumes, then we expect a maximum growth of $5,600-5,650, after which the fall begins with the first possible stop in the price zone of $5,200-5,300.

If we analyze how other coins react to the current Bitcoin growth, then we see that falling coins are much stronger than growing. This suggests a higher probability of a falling trend for the entire crypto market.

If we analyze the whole growth from 16 April, then the fall, which began on 23 April, corrected growth by 61.8%: 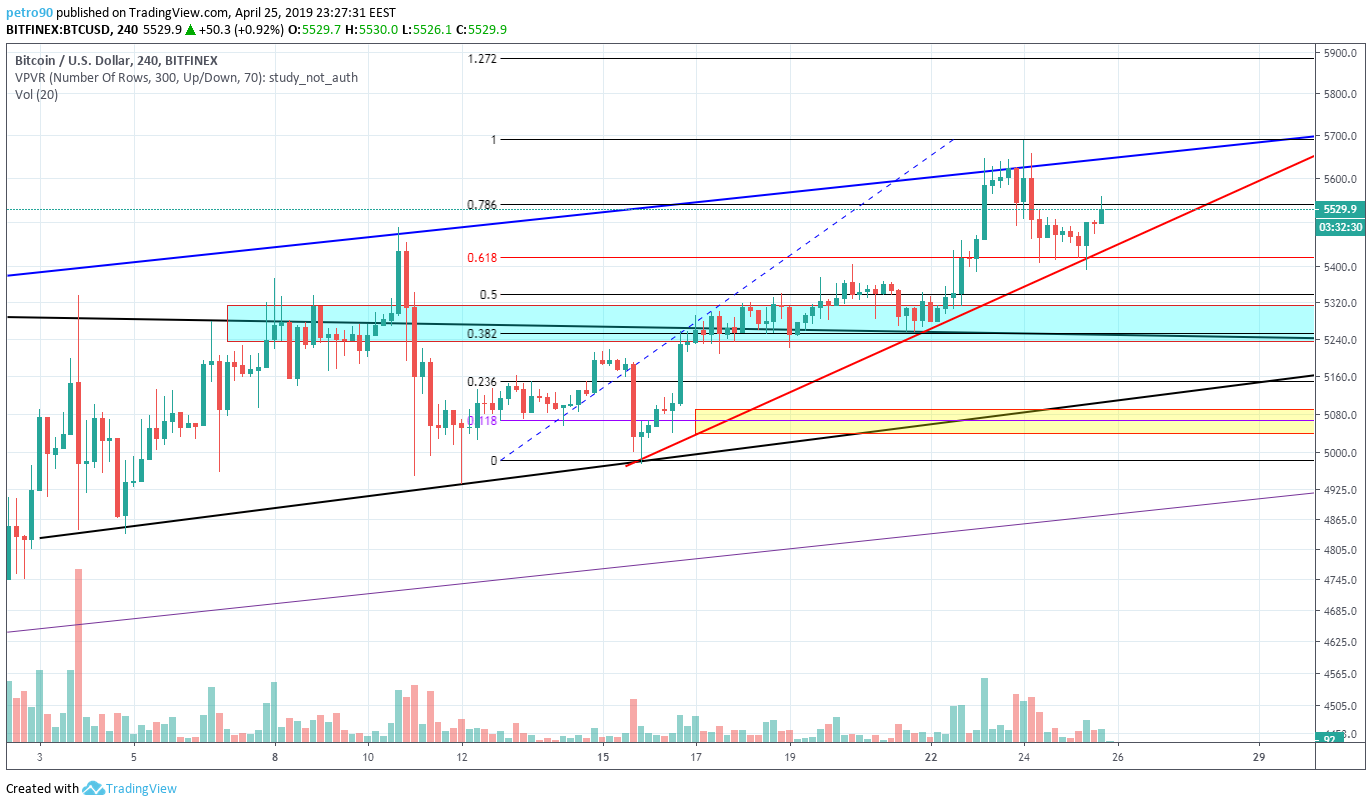 So far, buyers are controlling the situation, although we notice their weakness. If we analyze the hourly timeframe, we see that the price is moving in the red wedge, however, on 23 April was the exit from this wedge. Therefore, our main scenario remains unchanged and we expect a price fall to $4,650 with a final target of $4,300. Approximately in this range will be the lower trend line of the channel, where the price is traded from December 2018: 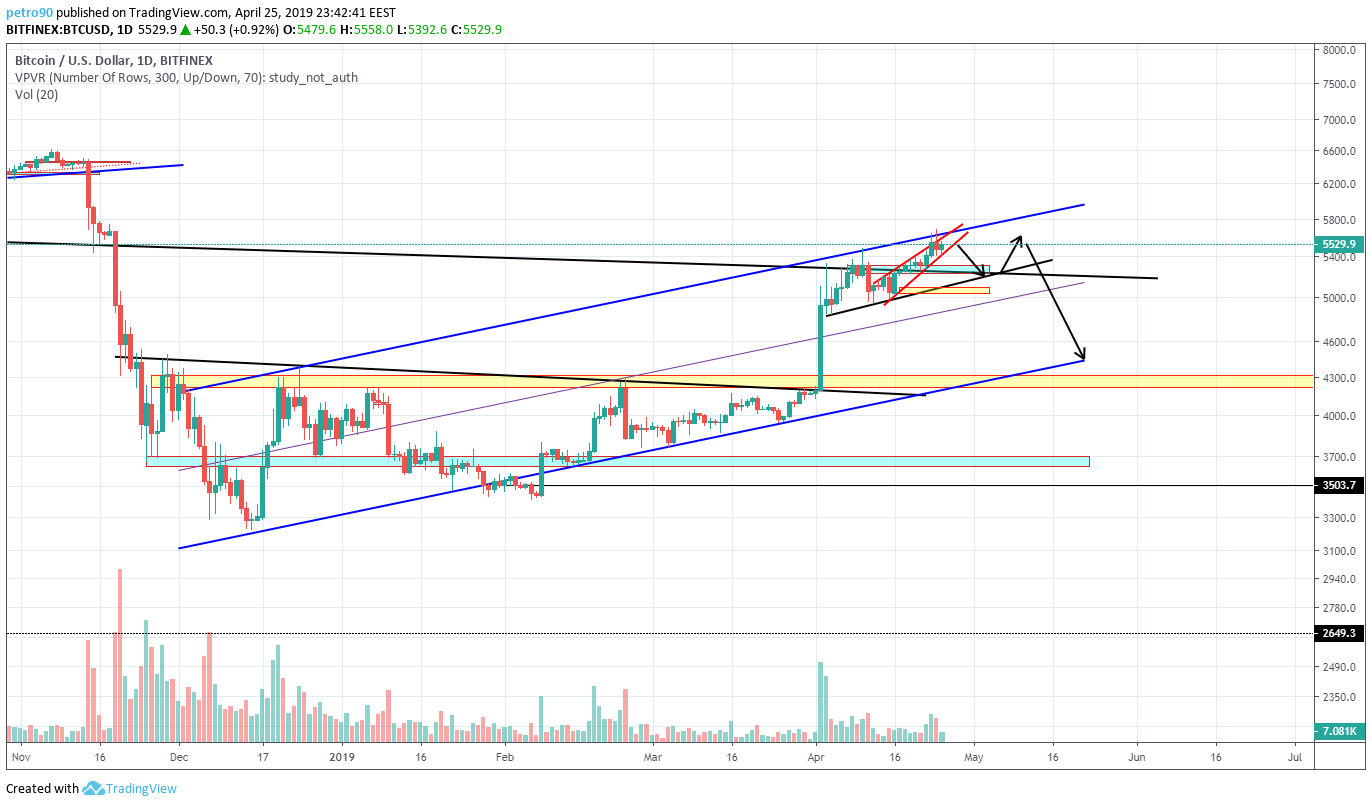