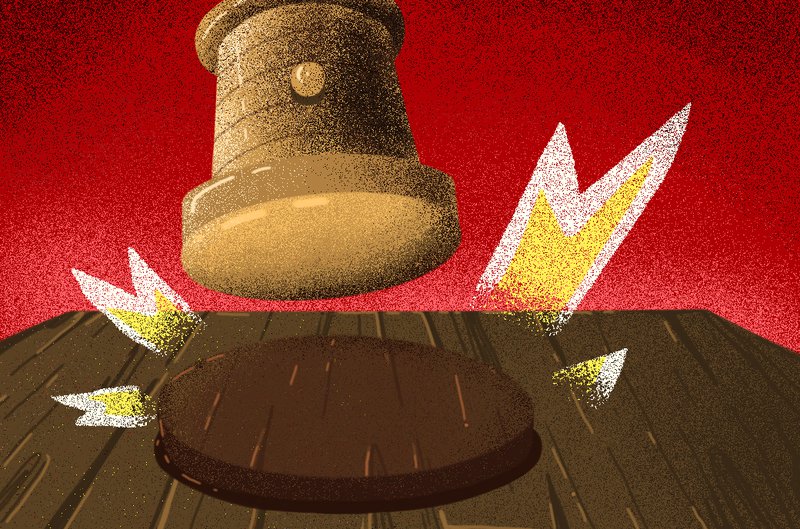 The New York Office of the Attorney General (AG) wants to take a closer look into the business operations of Bitfinex and related stablecoin issuer Tether (USDT). According to a legal petition filed with the Supreme Court of New York, the NY Attorney General Office of Letitia James is applying for a court order to investigate Bitfinex’s suite of interrelated companies (including its umbrella firm iFinex and Tether Holdings Limited) for “ongoing fraud” to the tune of $850 million.

What does the news mean for Bitfinex, Tether and Bitcoin?

What Is the Legal Action About Exactly?

Prompted by its findings in a 2018 investigative subpoena, the New York Office of the Attorney General alleges that Bitfinex used funds from Tether (a separate company run by the same management) to mask some $850 million in losses in customer funds resulting from potential theft or mismanagement by payment processor Crypto Capital.

Bitfinex ended up relying on the fiduciary services of the Panama-based payment processor following a roulette of troubled banking relationships throughout the years. By mid-2018, Crypto Capital held roughly $1 billion worth of combined business and customer funds on behalf of Bitfinex. The document alleges that Bitfinex entrusted Crypto Capital with these funds without signing a contract or business agreement.

Text-based correspondence cited in the document from mid-2018, which was obtained during the AG’s 2018 investigation, reveal a Bitfinex employee’s persistent yet unsuccessful attempts to retrieve funds from Crypto Capital. The payment processor claimed that the funds were seized by Portuguese, Polish and American authorities, though both the Attorney General and Bitfinex question whether this is true.

In the meantime, complaints of delayed withdrawals from Bitfinex users were rampant. The court document states that despite its issues with Crypto Capital, Bitfinex falsely claimed that cash withdrawals were unobstructed during this period.

In order to be able to continue processing withdrawals, Bitfinex ultimately transferred $625 million from Tether’s reserves. Additionally, Bitfinex established a $900 million “revolving line of credit” with Tether, and both this promise of credit and the prior transfer were conducted without Bitfinex or Tether alerting its users.

This line of credit, which Bitfinex can draw from on a need-by-need basis, is collateralized with over 60 million shares of iFinex Inc., one of the Bitfinex brand’s shell companies. These shares are owned by DigFinex, the majority owner of both Tether and iFinex.

“That transaction closed on or about March 19. 20I9. The total accessed under the loan facility as of today’s date is equal to $700 million,” the document states.

This fund shuffling and the capital mismanagement that prompted it are the crux of the legal proceedings, with the letter stating that Bitfinex has “produced only limited relevant information” regarding Tether’s $625 million transfer and $900 million line of credit.

In conclusion, the letter reads, “OAG’s ongoing investigation seeks to determine, among other things, the extent to which New York investors are exposed to ongoing fraud being carried out by Bitfinex and Tether.” To make this determination, the application seeks a court order to secure relevant business and financial information, including tax documentation, an official audit, and banking/loan documents and correspondence.

Why Is This Legal Pressure Coming Out of New York?

Bitfinex nor Tether are based in New York. Neither company possesses a BitLicense needed to operate a cryptocurrency exchange in the state, so Bitfinex officially barred its service to individuals from New York in August 2017 and to businesses in August 2018.

However, the New York Attorney General believes that the exchange was still serving (some) New York citizens regardless, and the order explicitly states that it seeks to protect “legitimate traders using the Bitfinex platform … primarily those residing in New York.”

The New York Attorney General can also invoke what is known as the Martin Act. As securities regulatory attorney Scott Andersen said on Twitter, the Act “broadly empowers the NY Attorney General to conduct civil and criminal investigations for securities law violations.” With this regulatory power, the AG can obtain a preliminary court order to elicit testimony and evidence from Bitfinex.

What Does Bitfinex Say?

In a response published on the company’s blog, Bitfinex positions itself as a company that is a good corporate citizen and strong supporter of law enforcement, and it condemns the legal action by the New York Attorney General’s Office as “gross overreach.”

“The New York Attorney General’s court filings were written in bad faith and are riddled with false assertions, including as to a purported $850 million ‘loss’ at Crypto Capital. On the contrary, we have been informed that these Crypto Capital amounts are not lost but have been, in fact, seized and safeguarded. We are and have been actively working to exercise our rights and remedies and get those funds released. Sadly, the New York Attorney General’s office seems to be intent on undermining those efforts to the detriment of our customers.”

Bitfinex further suggests that the New York Attorney General’s time would be better spent trying to aid and support the company’s recovery efforts to procure the funds held by Crypto Capital.

Is Tether Insolvent? Is Bitfinex?

Nobody can know for sure — for either company. The request for a court order, in part, hinges on this question, however, and the New York Attorney General seems to believe that Bitfinex siphoned funds from Tether’s reserves to cover up a potential insolvency.

The document stakes no claim on whether or not Crypto Capital has the funds. It’s possible that the payment processor might have the money but is refusing to give it up, just as it’s possible that they no longer hold these funds in their own accounts or that they were seized or frozen by authorities.

It should be noted that even if $850 million is inaccessible, this represents only a fraction of Bitfinex and Tether’s total holdings. Twitter reports suggest that Bitfinex withdrawals are still being processed.

It depends on which critics and the timing of their criticisms. Over the years, a wide range of accusations have been leveraged against Bitfinex and Tether.

One of the best-known and severe of these accusations was that Tether was creating unbacked USDT “out of thin air,” which it used to artificially inflate the bitcoin and cryptocurrency markets. Some of these accusations go back as far as early 2017. Based on the information that is now available, these accusations appear to be false or at least unproven, and the New York Attorney General’s Office doesn’t lend them credence in its letter.

More mild accusations focused on the untransparent business practices of Bitfinex and suspicions that the exchange, with the help of USDT, was running a fractional reserve in some way or another. Seemingly corroborating these suspicions for skeptics, Tether updated its website in March to clarify that USDT is “100% backed by [its] reserves,” which could include “cash equivalents” but also “other assets and receivables from loans.” The old version assured users that each USDT was backed 1-1 with cash. Tether made this change shortly before the $900 million line of credit was established.

It appears that from the moment when Bitfinex started running into trouble with Crypto Capital, sometime in 2018, these accusations of fractional reserve practices carried validity.

What Does This Mean for Bitcoin?

While only time will tell, of course, there is little reason to believe these latest developments will have great impact on Bitcoin one way or the other.

Many bitcoin exchanges have historically had trouble finding reliable banking partners, and some of them have even had to shut down because of this. As we’ve seen with the QuadrigaCX debacle, when an exchange can’t secure proper banking partnerships, it might turn to unscrupulous payment processors–to the detriment of both its operations and its customer’s funds.

Similarly, a number of bitcoin exchanges have lost funds due to hacks or otherwise, and in some cases had to entirely close shop because of this as well. While such events have affected the bitcoin price and general sentiment in the short term, it’s not clear if this will result in long-term effects; in this case, it’s far from certain that Bitfinex will have to cease operations or accept losses at all. The company itself certainly doesn’t think so.

So far the bitcoin price has seen a somewhat modest price drop of about 5 percent. Interestingly, even USDT is trading at $0.97 on Kraken, suggesting that the market still has relative faith in the stablecoin and the company behind it (for now).