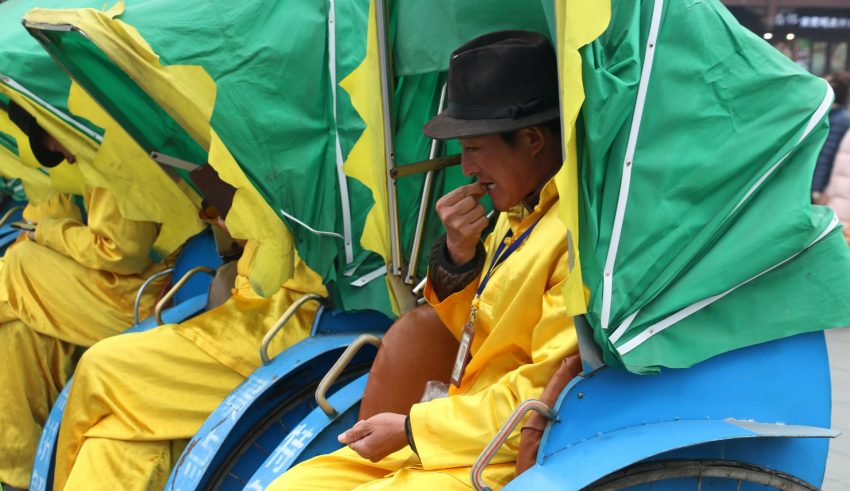 Yahoo Finance has reported on the story of how a rickshaw company in Scotland is accepting Bitcoin payments via the fast and cheap second layer solution for Bitcoin called Lightning Network.

The Rickshaw Touring Co, which has five to ten crypto-enabled pedal rickshaws touring the streets of Glasgow, has partnered with startup Fastbitcoins.com, to offer this option and is considering an expansion of the service.

Passengers can still opt to pay their fares in cash if they prefer, and can even buy Bitcoin vouchers during the journey via a Point of Sale terminal operated by the rider. Bitcoin users can of course pay near instantly with Lightning. Fastbitcoins Managing Director Danny Brewster said:

“This is a fun concept, and with it we are trying to show the general public how Bitcoin can be made readily available and easy to use. Once consumers understand how easy it is to obtain and use, coupled with the added benefits of simply holding Bitcoin itself, more and more people will build infrastructure to help Bitcoin fulfil its potential on a global scale.”

Ride hailing and Bitcoin apparently isn’t an original idea, as Brewster admits to having thought about it before:

“I set about building the solution on my own, with no budget, no team of developers or high flying executive team. This puts us in a position to scale effectively.”

The post Pay for Your Scottish Rickshaw Ride with Bitcoin appeared first on BitcoinNews.com.