Bitcoin trading week ends at practically the same price which was on the beginning of the week. This week is interesting because of increased volumes, as sellers finally join the fight. Throughout the week, the price was traded above the trend line, which in the past during 5 months was the support of buyers. At the moment, sellers are trying to seize the initiative, starting the correction. The beginning of the fight of sellers is clearly seen at the beginning of the week when, at increased volumes, the price did not grow as easily as it was on 13 May: 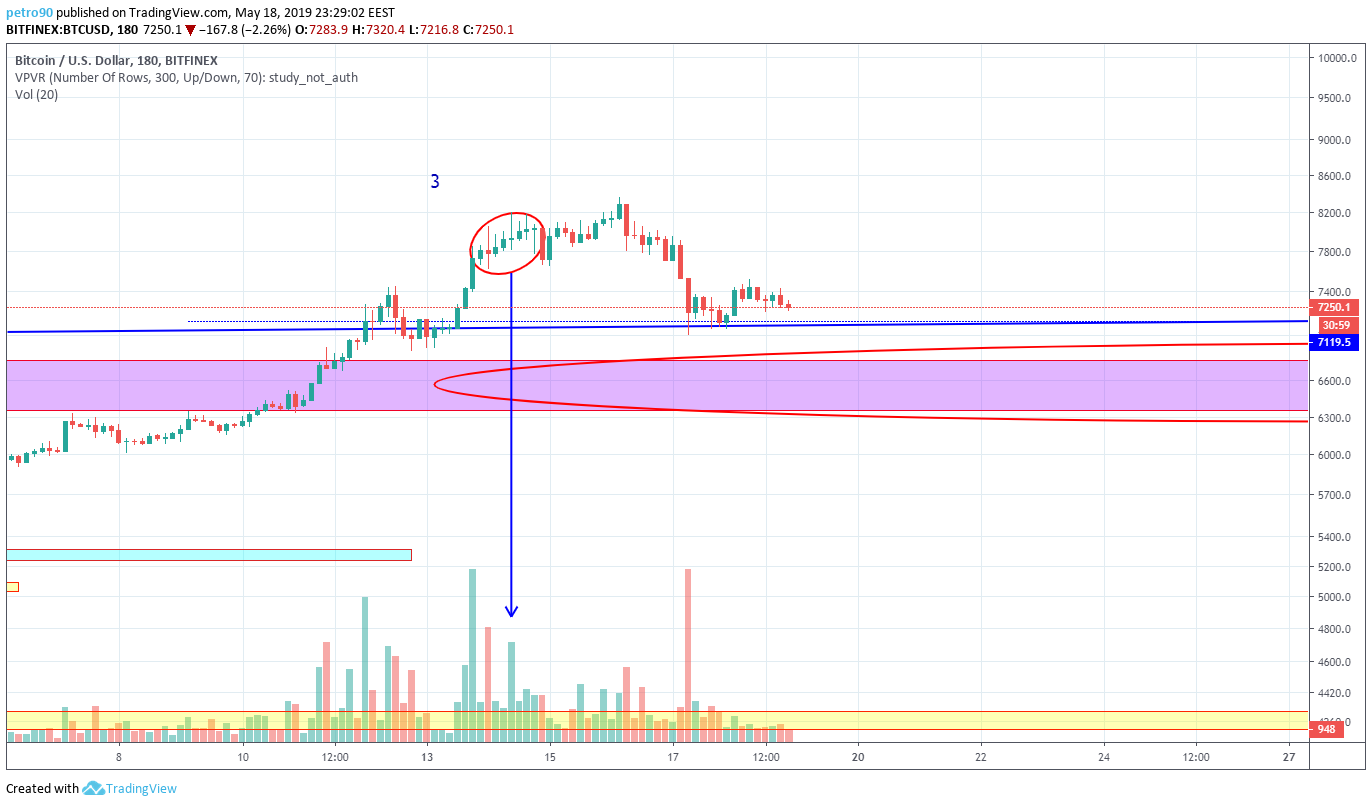 Uncertainty of buyers and partial closing of positions, we can see on the marginal positions chart, which is very similar to the price chart: 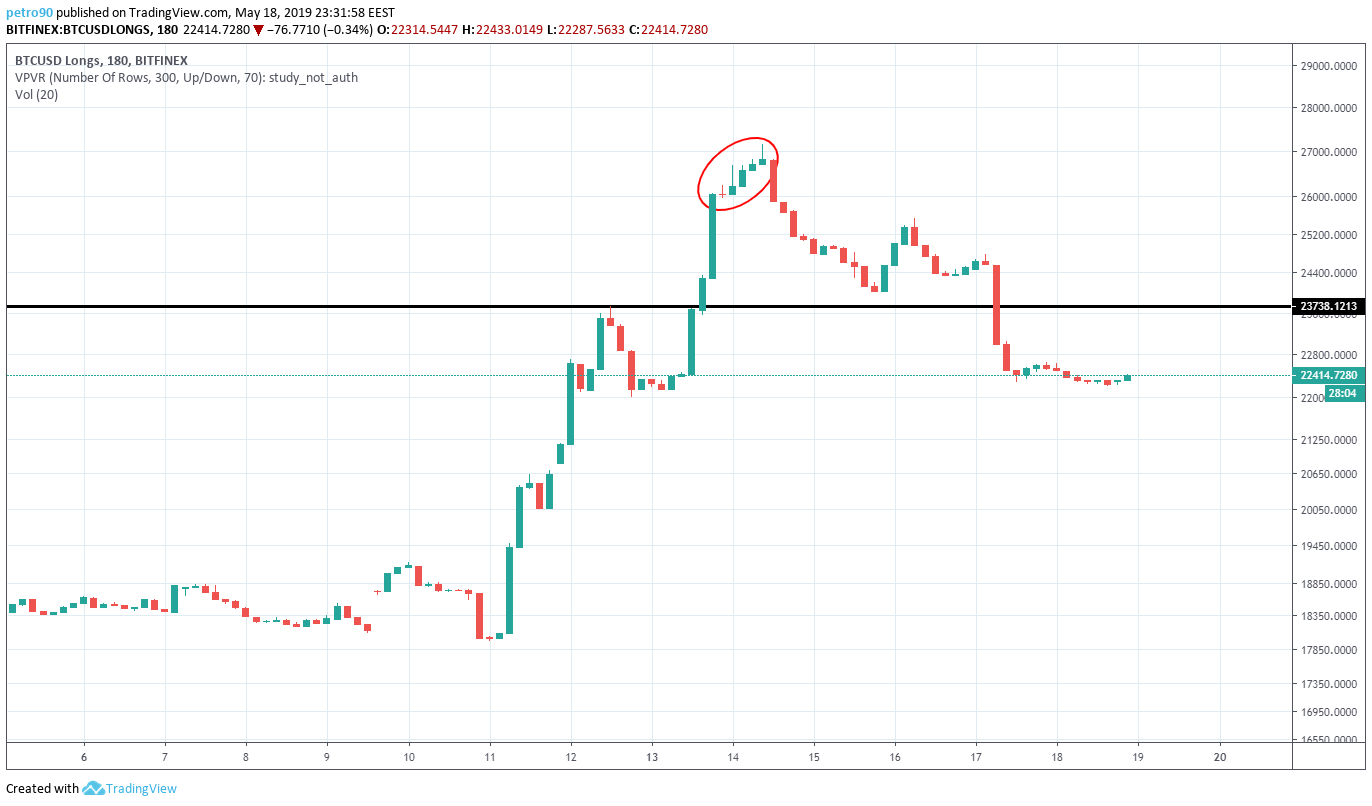 The sellers’ mood this week has a completely different dynamics. At the beginning of the week, sellers were passive, after the wave of positions closing starting from 10 May. Sellers actively started closing their positions after buyers attempt to break the blue trend line. However, the main abnormal closing of positions took place on 16 May, when the first signal of the probability of a fall appeared: 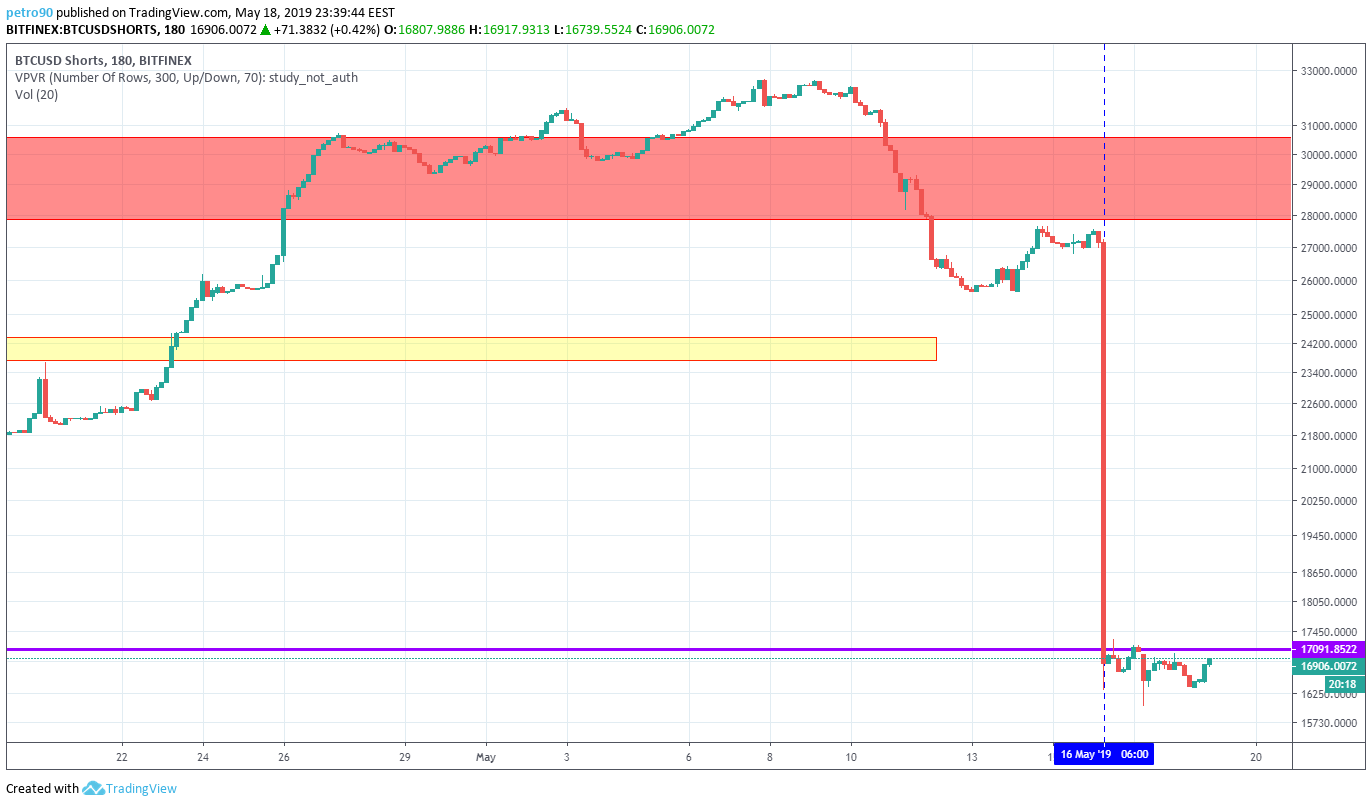 In fact, one candle neutralized the whole set of positions starting from 10 April. It looks like a closure of unprofitable positions.

Sellers still can not break the blue trend line down, but the main target for sellers should be a price zone of $6300-6600. Buyers passed this price zone without problems and if they could keep that price zone with the same ease – then we are waiting for the continuation of our scenario with the target of $9450: 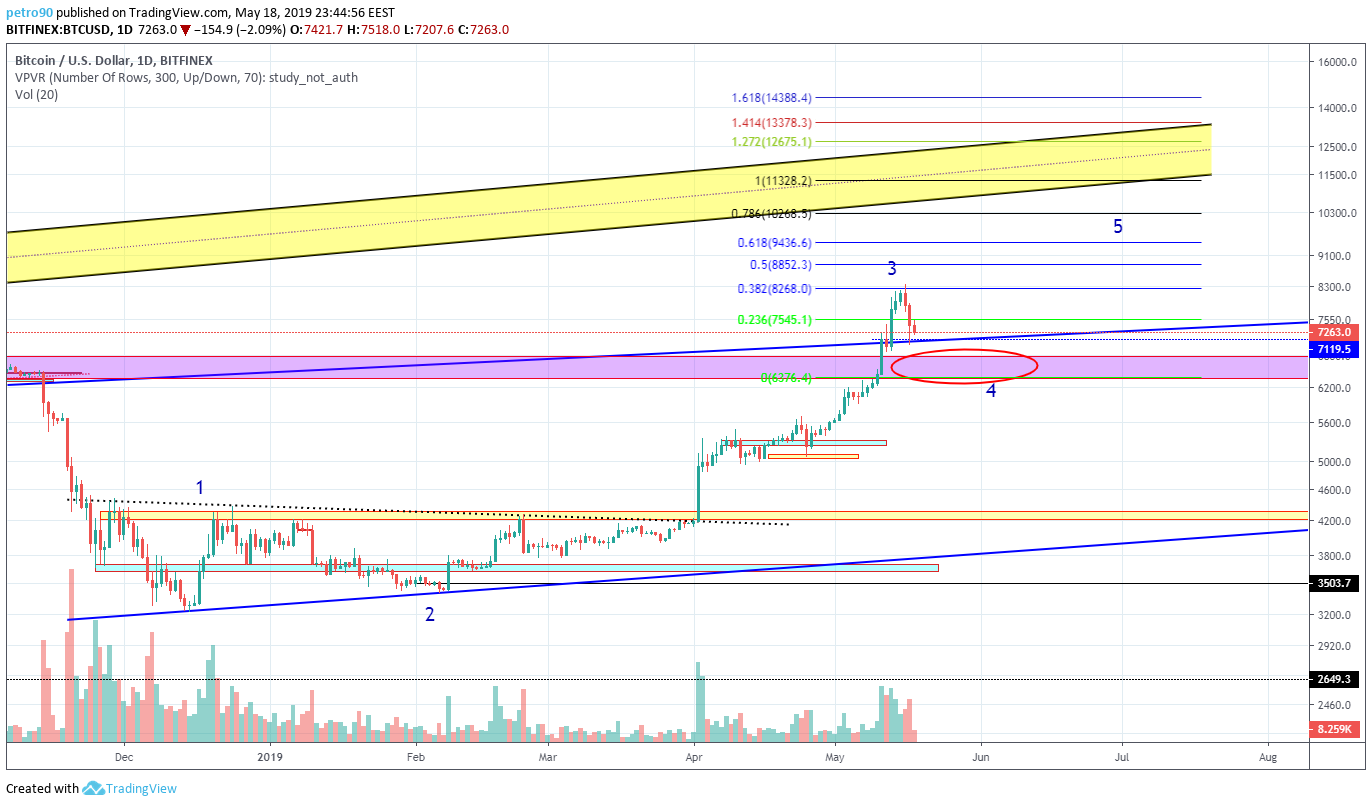 If you analyze the weekly timeframe, then it is likely that the weekly candle will close with a big pin and with the largest volume over the past 6 weeks: 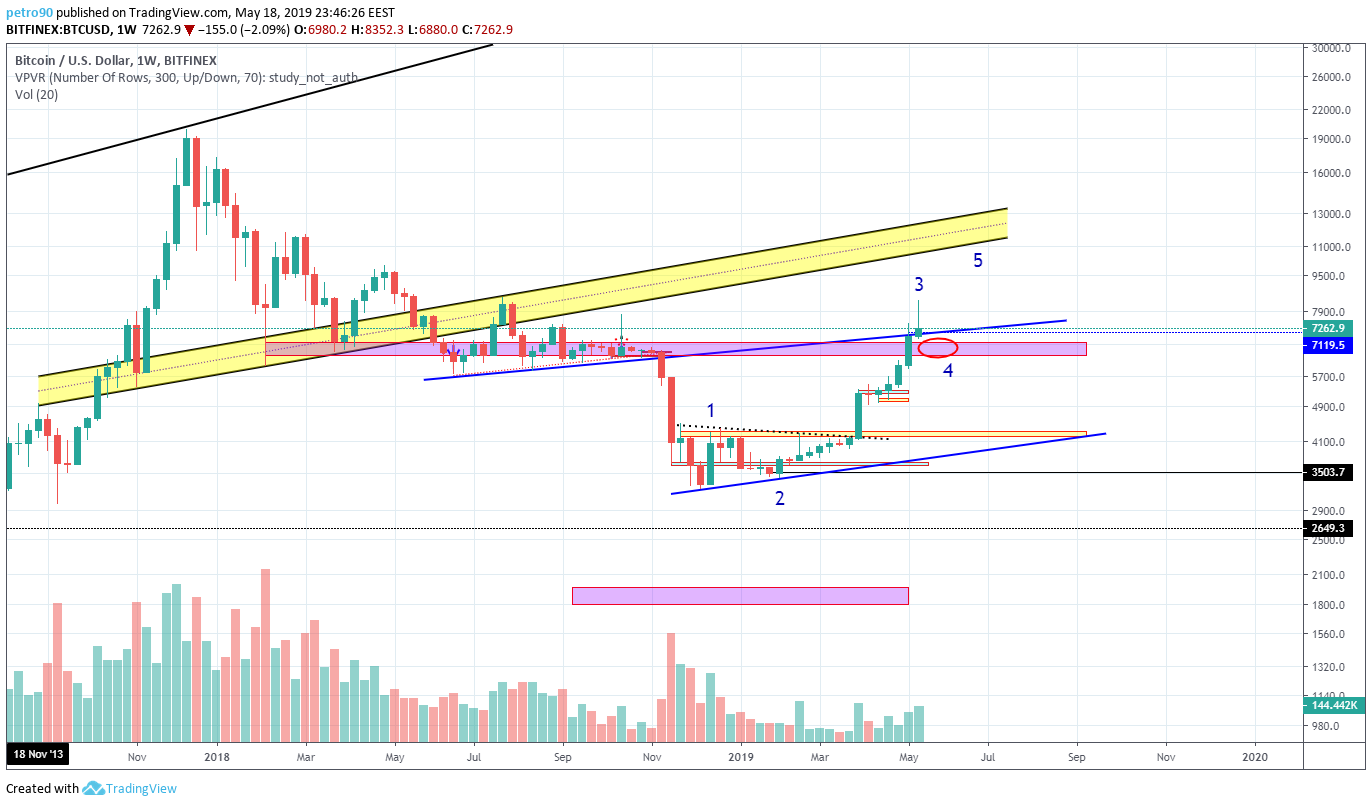 This fact only confirms the inevitable test of the price zone of $6300-6600, where a real battle should start. However, for this it is necessary for sellers first to cope with the blue trend line. Therefore, next week we expect aggressive attempts from sellers to change the situation, especially since the situation on their side and volumes did not increase even to the level of consolidation from July 2018.

The alternative scenario is a continuation of growth to $9450, after an unsuccessful attempt to break the blue trend line down.

Have a good week!

About the Author: Peter Oleshchuk is a trader and technical analyst.

He has spent two years studying and analyzing the crypto market.