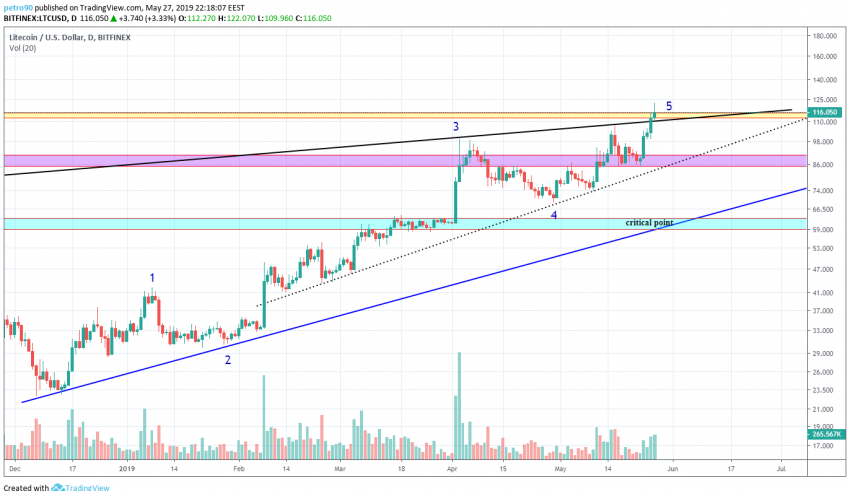 After an unsuccessful attack of sellers, which started as far back as 16 May but failed to grow even in the short-term trend, buyers continued to grow and tested the main trend zone for the current time – $112-115. Now, buyers are trying to fix above  this price zone, and on a 4-hour timeframe we see that the volumes rose just around the price zone of $112-115: 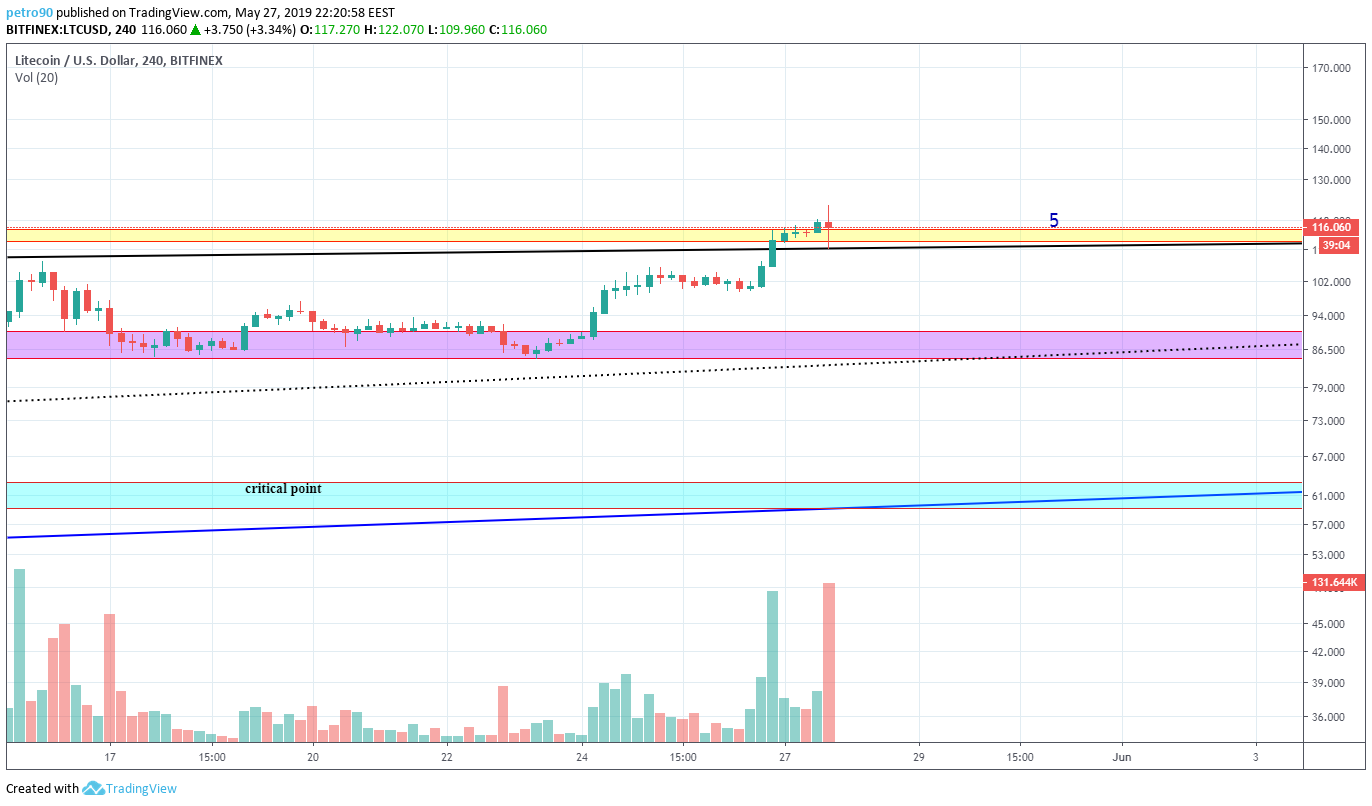 The main reason for self-confidence among buyers was the apparent weakness of sellers during testing the price zone of $85-90, from 20 to 22 May. The volumes after the second test of this price zone are quite small in order to count on the continuation of the fall. 29 April  was a similar situation, after which buyers with renewed vigor began a wave of growth: 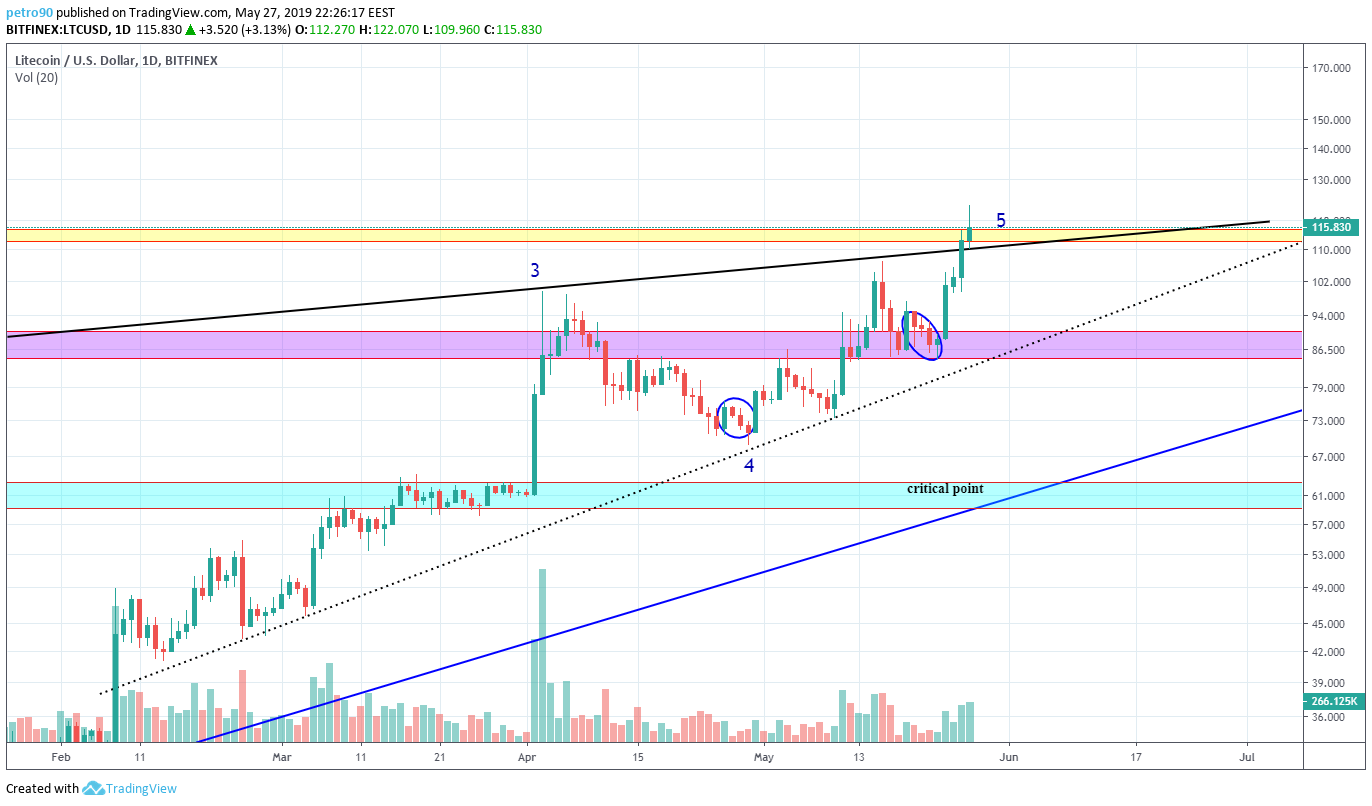 At the moment, the price is traded above the trendline, which we conducted at local highs from September 2018. However, the breakthrough is still uncertain and it takes several days to see if the buyers are trying to fix themselves over the price zone of $112-115.

Marginal buyers positions increased over the past week. However, during a try to break through $112-115, buyers began to close their positions, seeing a strong level that was once kept for 5 months: 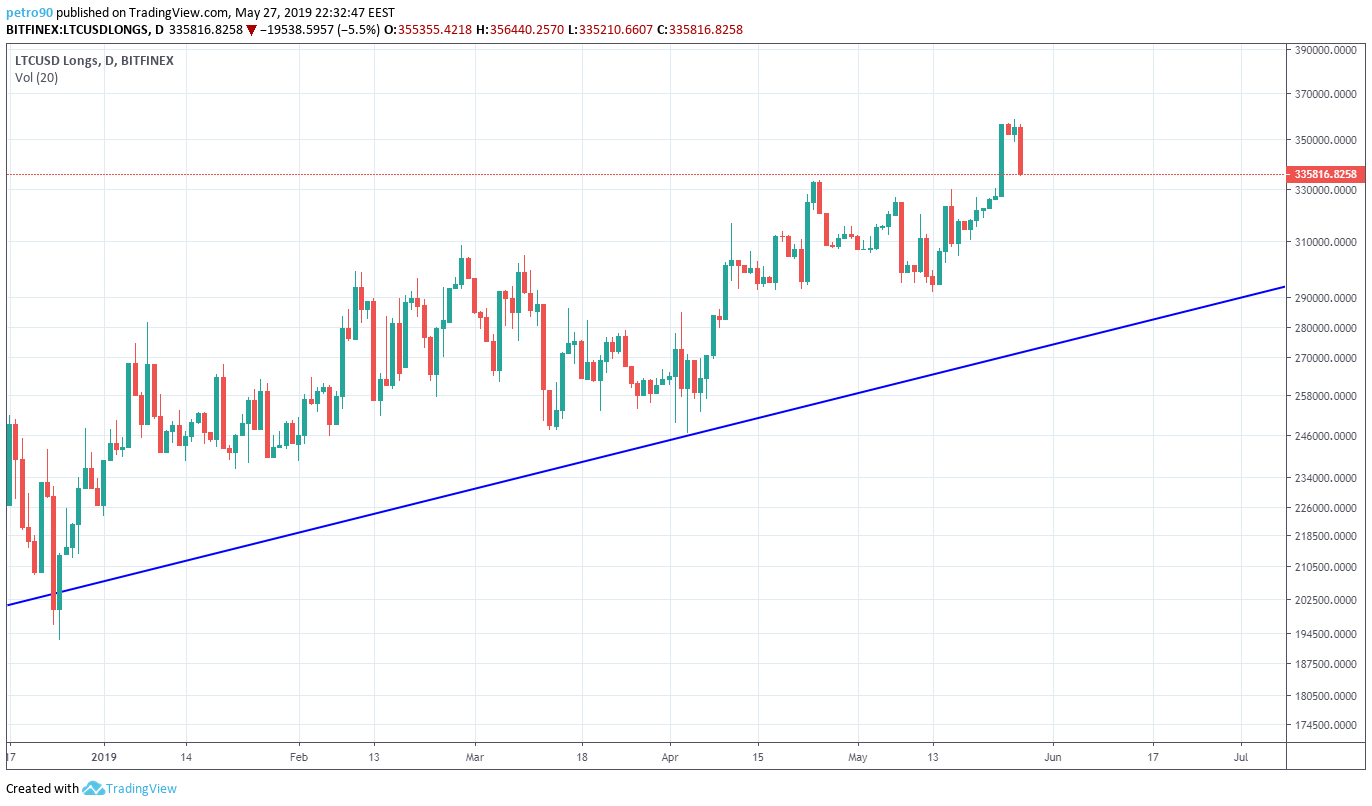 Sellers have also increased their positions over the past week and today the chart shows that they have the mood to continue to do so: 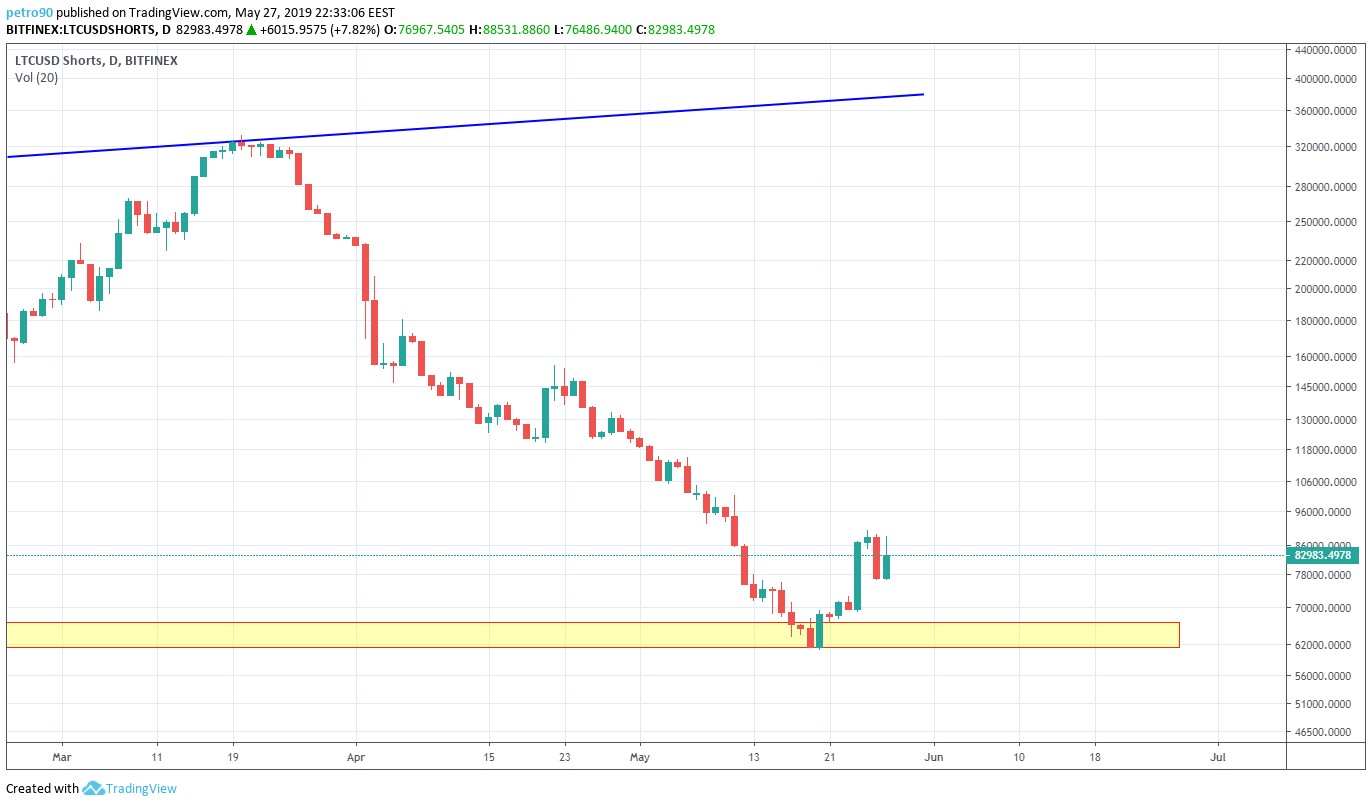 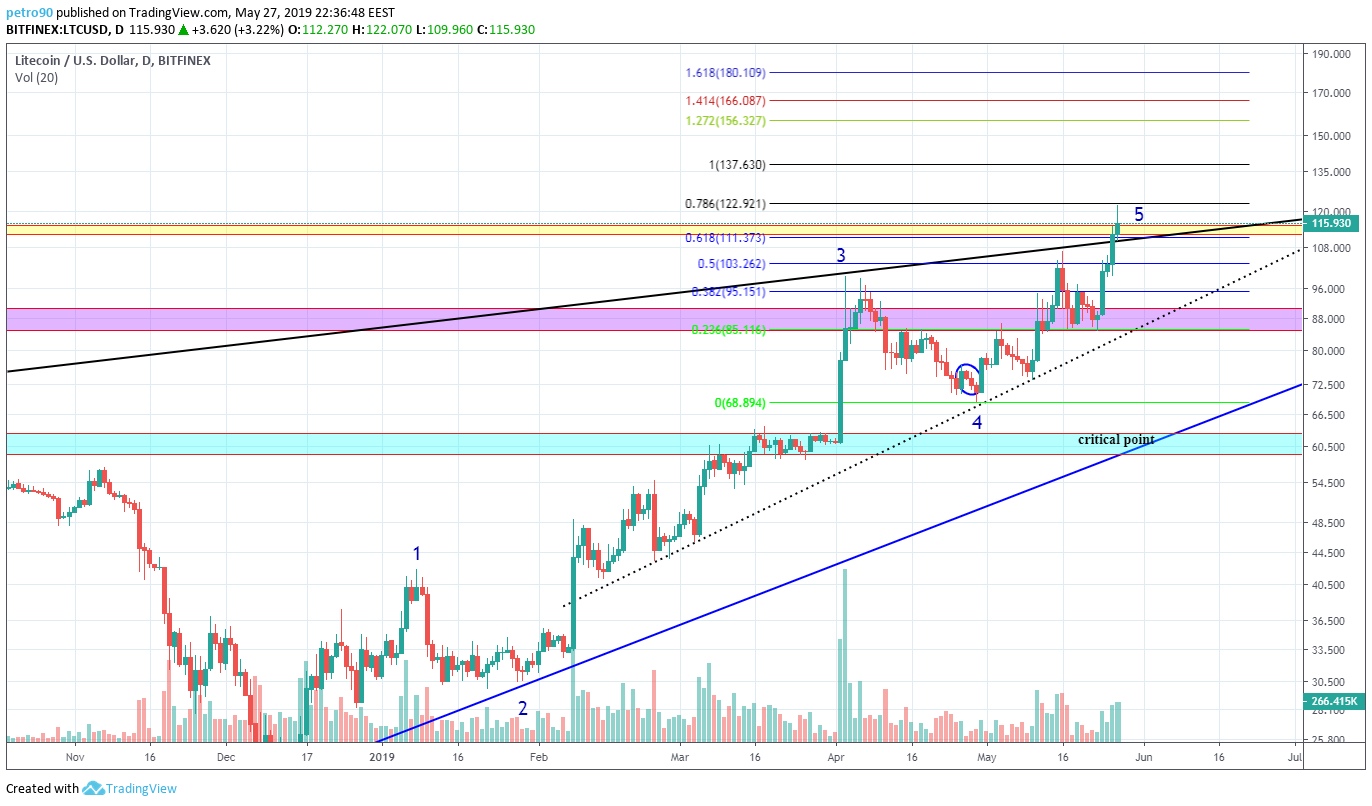 Until we see a firm breakthrough and fixing the price above $112-115, today’s breakdown is considered false and we expect the sellers attempt to impose their fight. And from this fight, we will be able to predict whether buyers will continue to grow, whether we expect a short-term falling trend with a minimum target of $82.

However, so far on the weekly chart, we see a beautiful green candle that closed last week and a high probability of a price stop for some time in the price zone of $112-115: 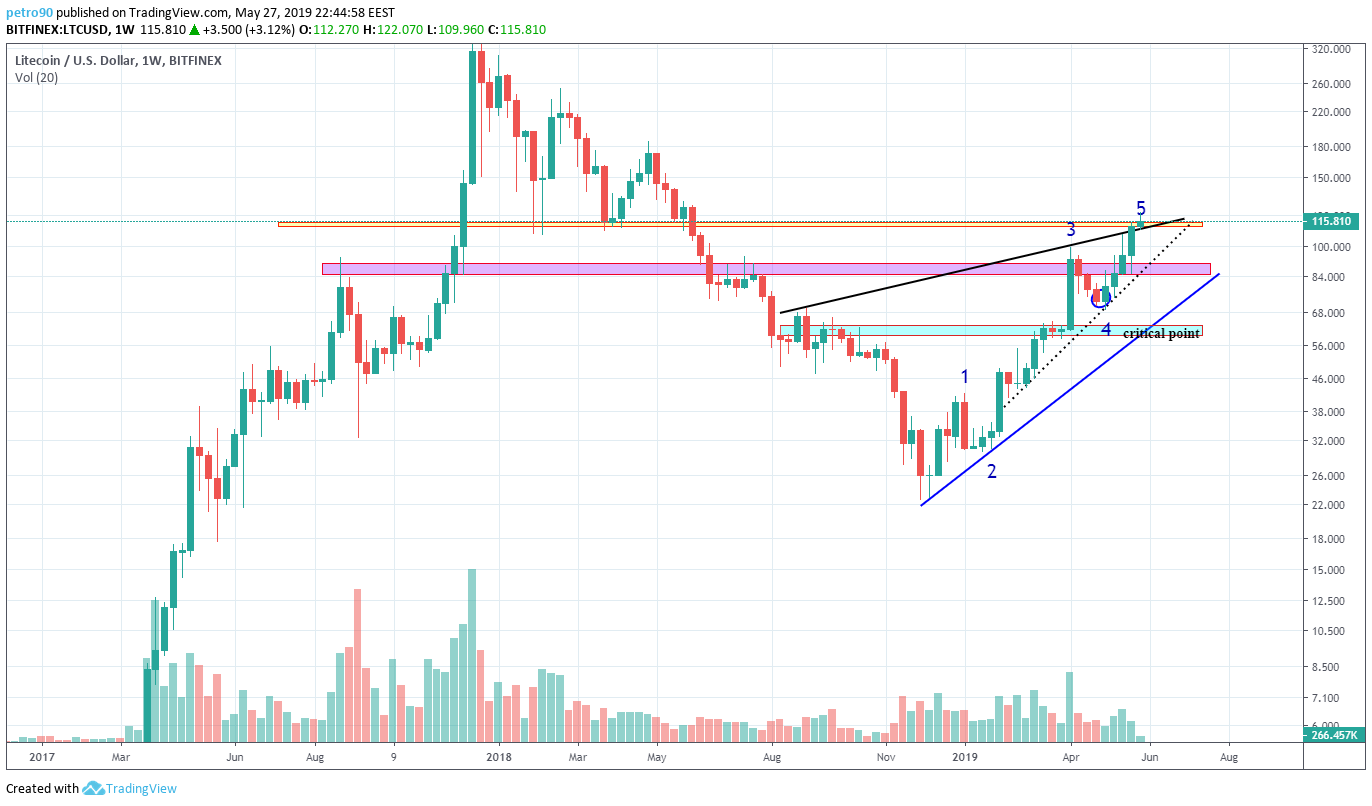 Next week, in addition to the weekly candle, monthly candle is also closed. Over the past 3 months, buyers are confidently looking at the monthly timeframe. It’s been a few days left to see if the confidence will remain on the chart.

Have a profitable trade and see you in the next LTC analysis.