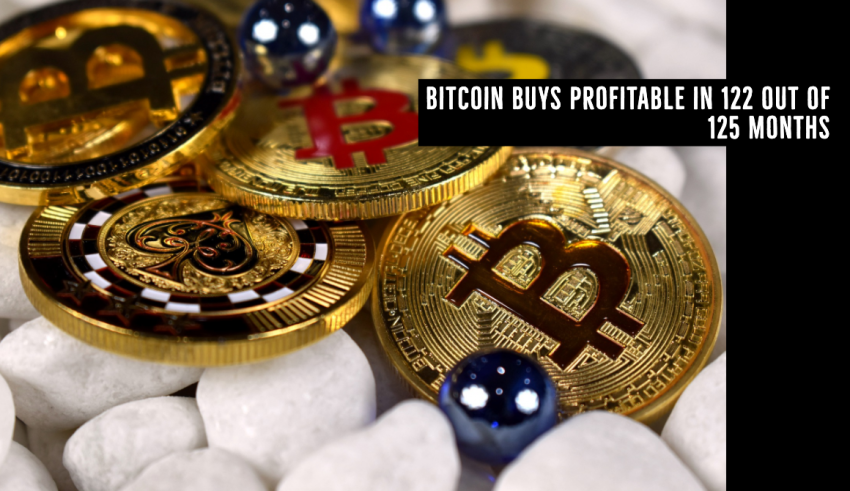 A Twitter user called Bitcoin Birch, as reported by NewsBTC, has pointed out today that out of the 125 months of Bitcoin existence, there have only been 3 months where Bitcoin buys would be in a losing position today at its current price of USD 8,300.

If you bought $BTC in 122 of those months & then held you’re in the profit.

Since Bitcoin’s inception little over 10 years ago, the world’s most recognized cryptocurrency has resulted in over 194 million per cent returns and continues to be the best performing asset of any class this year.

Those three months happened in a continuous stretch too, smack in the middle of the massive bull run that was witnessed at the end of 2017, when incredible amounts of speculative investment poured into Bitcoin, with most newcomers buying the digital asset without truly understanding what it really was or what it meant.

This led to a hyperbolic obsession about Bitcoin, driving prices much higher than true valuations and an eventual burst of the bubble, whereby Bitcoin proceeded to decline in price, losing 85% of its value from an all-time high near USD 20,000 to a 2019 low of USD 3,100.

Altcoins fared much worse, falling between 80% and 99% across the board.

Bitcoin buys fared the worst when made in December 2017 during the peak of the hype, but even those who bought in January 2018 and February 2018 are still in losses today. Of course, price did crash to USD 6,000 in February 2018 so not all buyers in that particular month are in the red today.

Another Twitter user puts things in even more convincing perspective, showing that Bitcoin price technical analysis has only shown two red candles in its entire 8-year history of trading on the market.

The lesson to be learnt, however, is that the longer Bitcoin is around, the fewer months there are in its history that will make you a losing buyer.

The post Bitcoin Buys Profitable in 122 out of 125 Months appeared first on BitcoinNews.com.