A sharp change happened on the chart of Bitcoin during last two days. Within 4 days, starting from 26 May, the price was moving in the range of $8,530-8,950. Whenever buyers or sellers tried to get out of this range and even broke it, the price turned sharply to the other side.

An identical situation happened yesterday. Buyers made a $8,950 breakthrough, after which the price with high aggressiveness began to fall and could easily break the lower limit of consolidation $8,530. If we look at this situation on a smaller timeframe, then we see an unsuccessful attack of buyers, which ended in a flawed breakdown. What is more, the buyers did not try to keep the price: 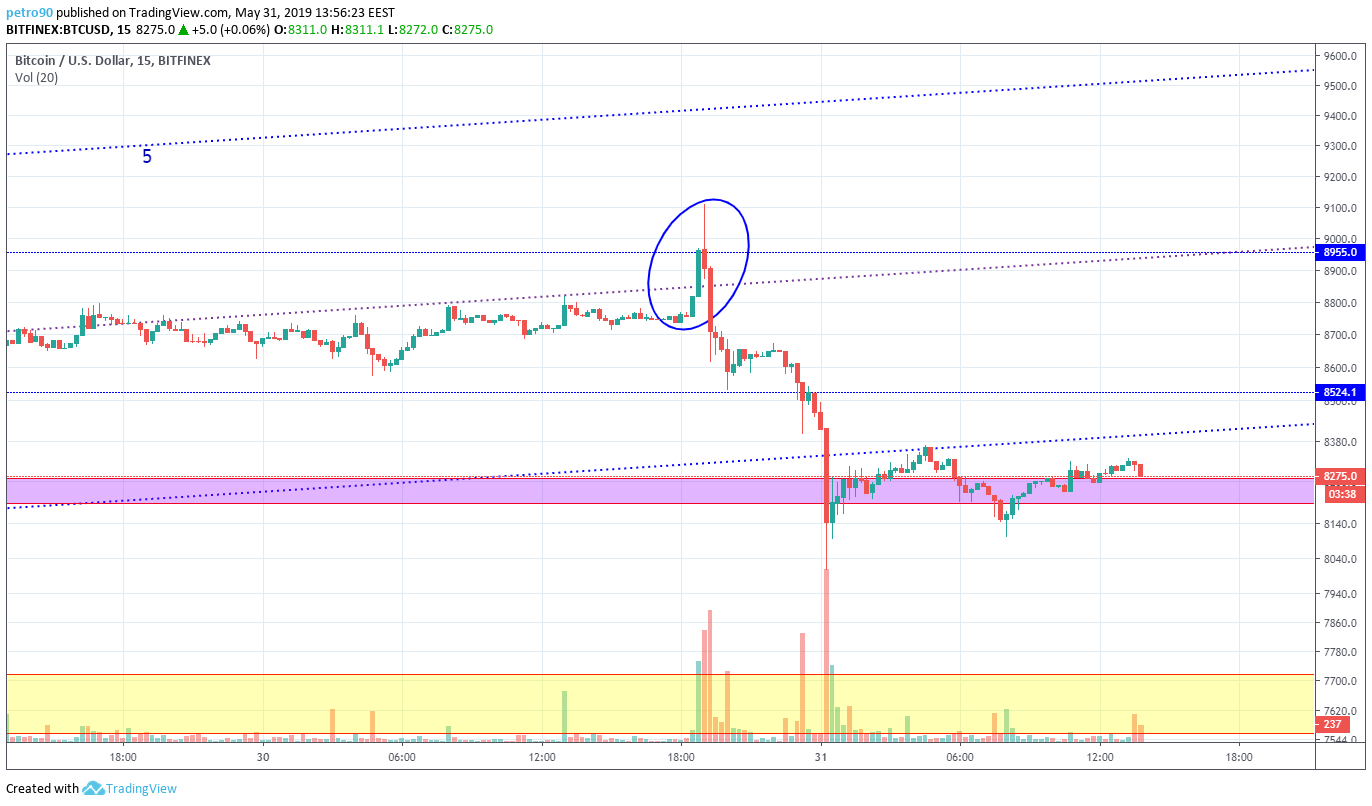 On a 15-minute time frame, we see that the price was not long outside the range of $8,530-8,950 and we also see how the volumes have increased, even when approaching the upper limit of the range and with its breakdown.

At the moment, the price is above the price zone of $8,200-8,300. In the past, buyers took two weeks to break through this price zone, and if buyers can now keep it, then there will be a high likelihood of a lightning-fast return of the price to the range of $8,530-8,950: 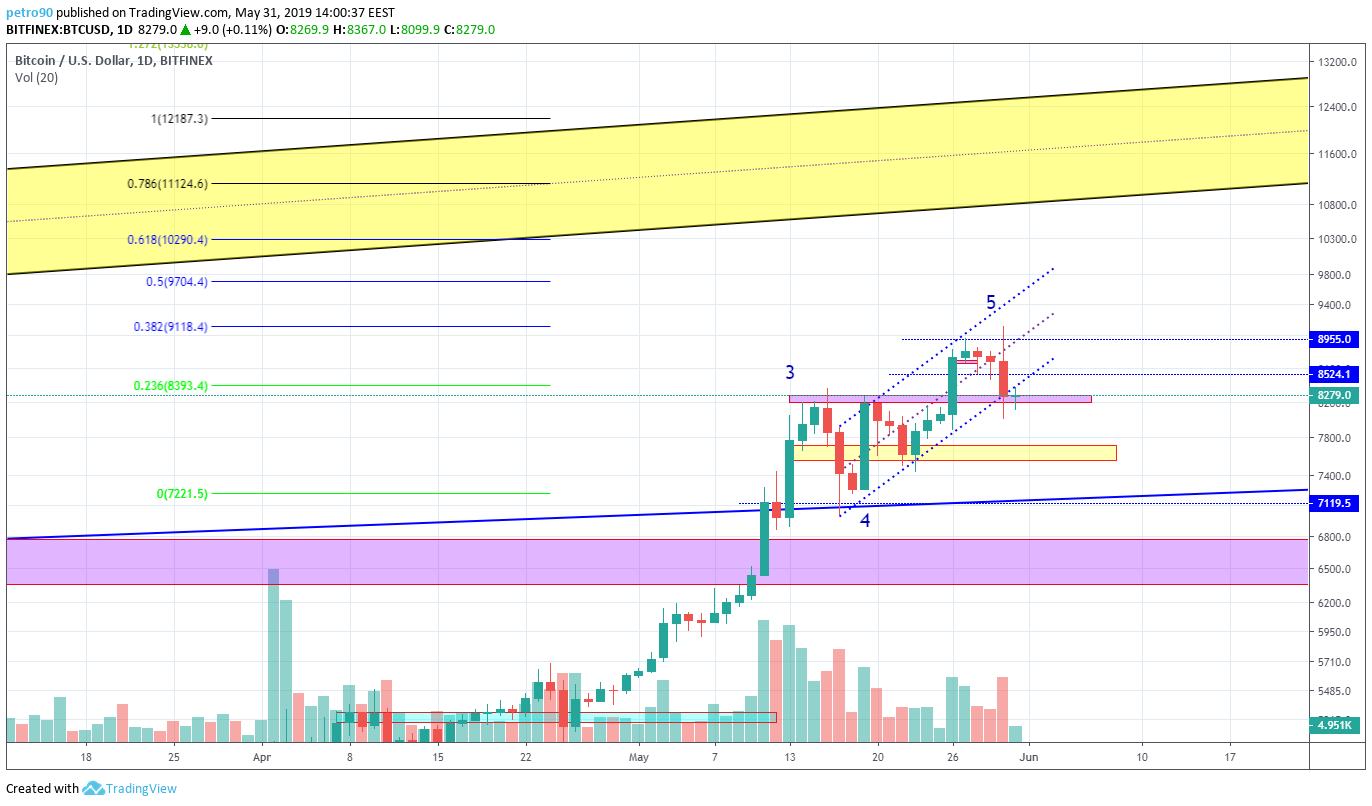 Also on the chart, we see that the price has now come out of the growth channel, in which traded from 16 May, but the breakdown of the channel is not so obvious to accept this fact as weakness of buyers. The local critical point now is the price zone of $8,200-8,300. 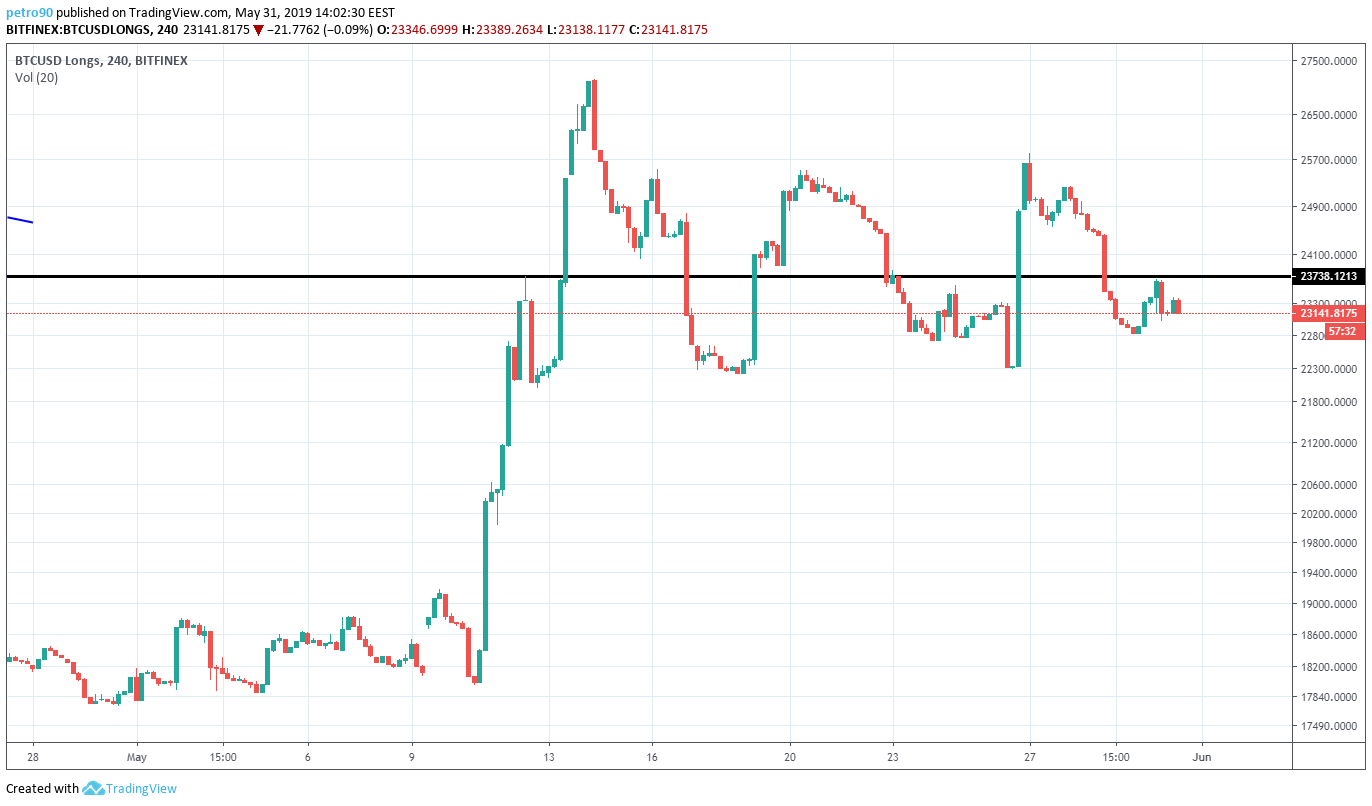 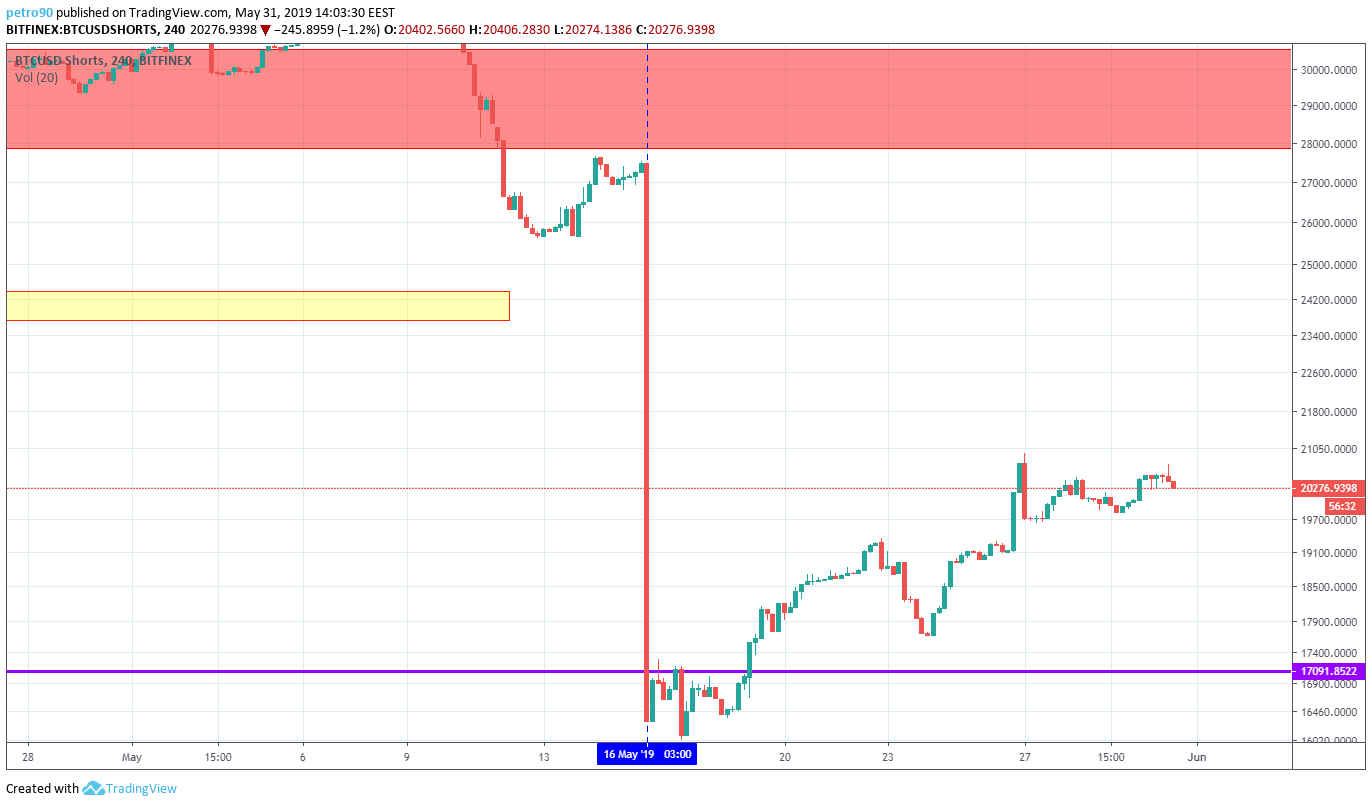 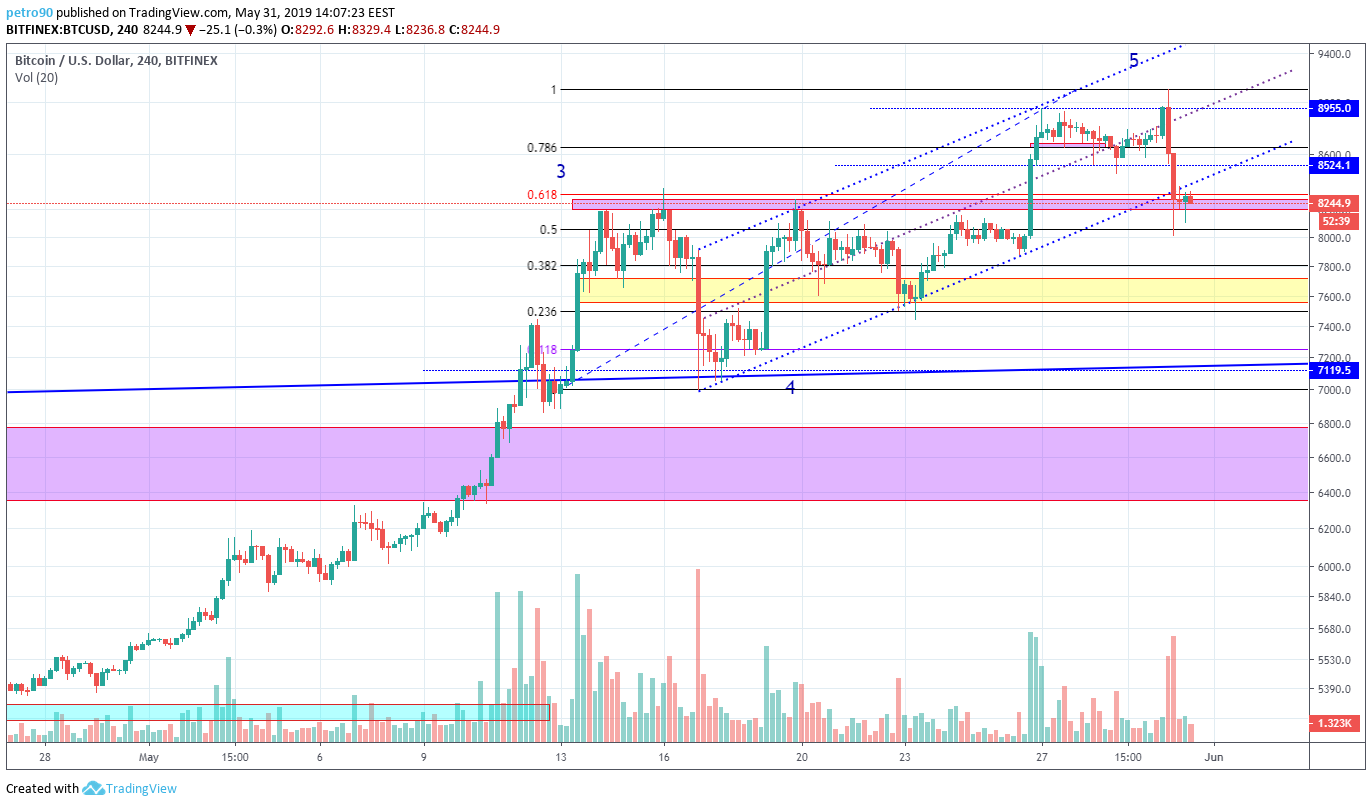 Buyers have reached the first target, which we wrote about in previous analyzes and received a worthy response from sellers.

At the moment, we wait to see how buyers will behave in the present price zone and if they manage to keep it, will they have enough strength to fix above $8,530-8,950. So, follow these two local critical points, and we will talk about a more global analysis and forecast at the end of the week!