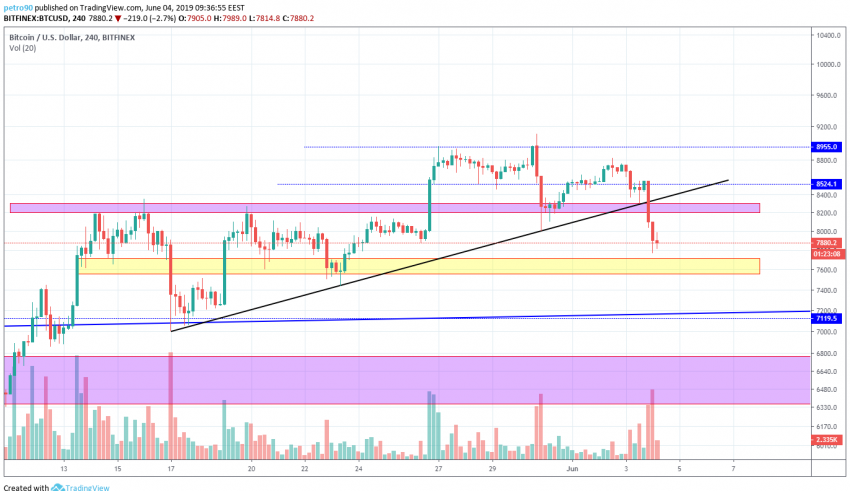 The new week of Bitcoin trading started with a fall. After a new unsuccessful attempt to break through the price zone of  $8,530-8,950, sellers started correction because of weakness of the buyers. Buyers could not keep the price zone of $8,200-8,300, which they, with great difficulty, had been breaking for 2 weeks. Sellers in 3 days succeeded in the second attempt.

We want to return to the moment when sellers tried to break through the price zone of $8,200-8,300 for the first time, after that, the price again starts to test $8,530-89,50. Pay attention to the volumes with which buyers have decided to continue this growth: 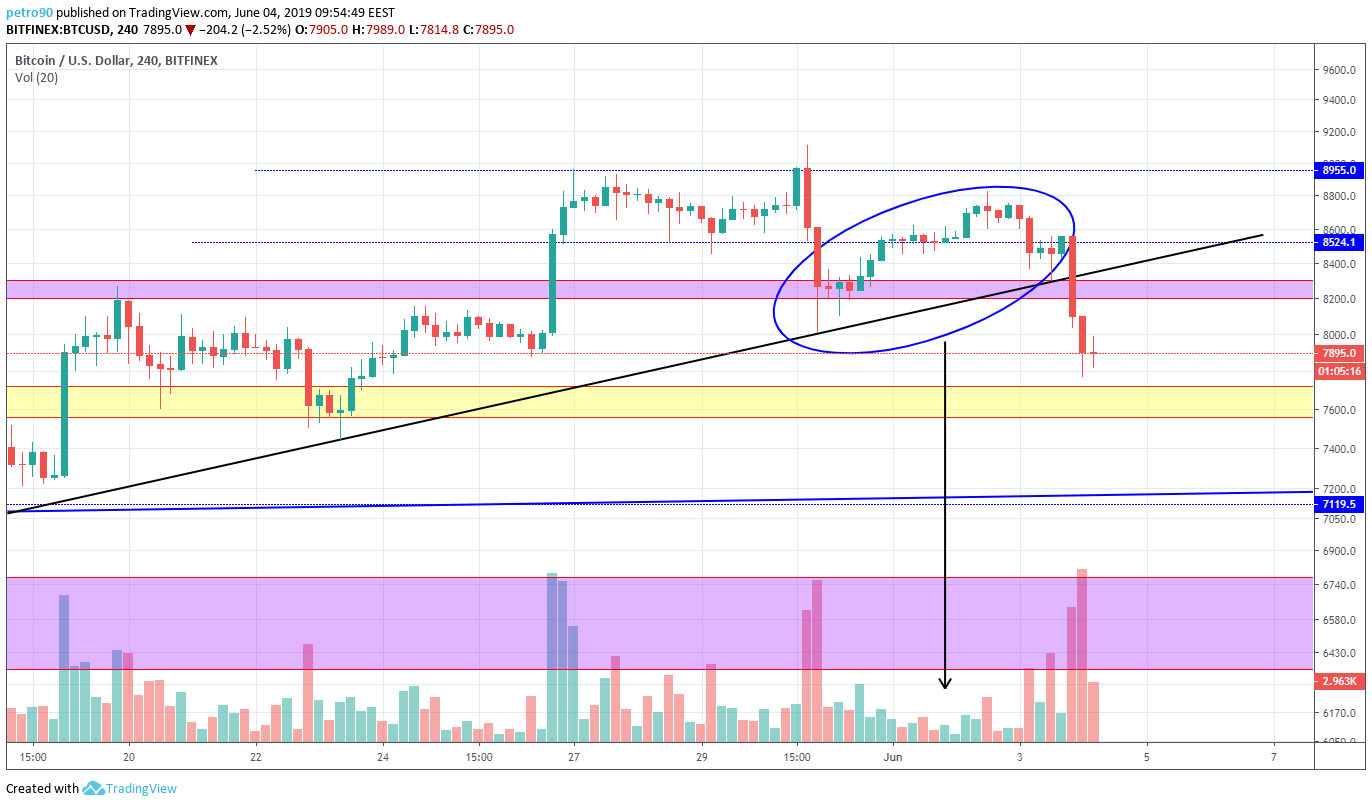 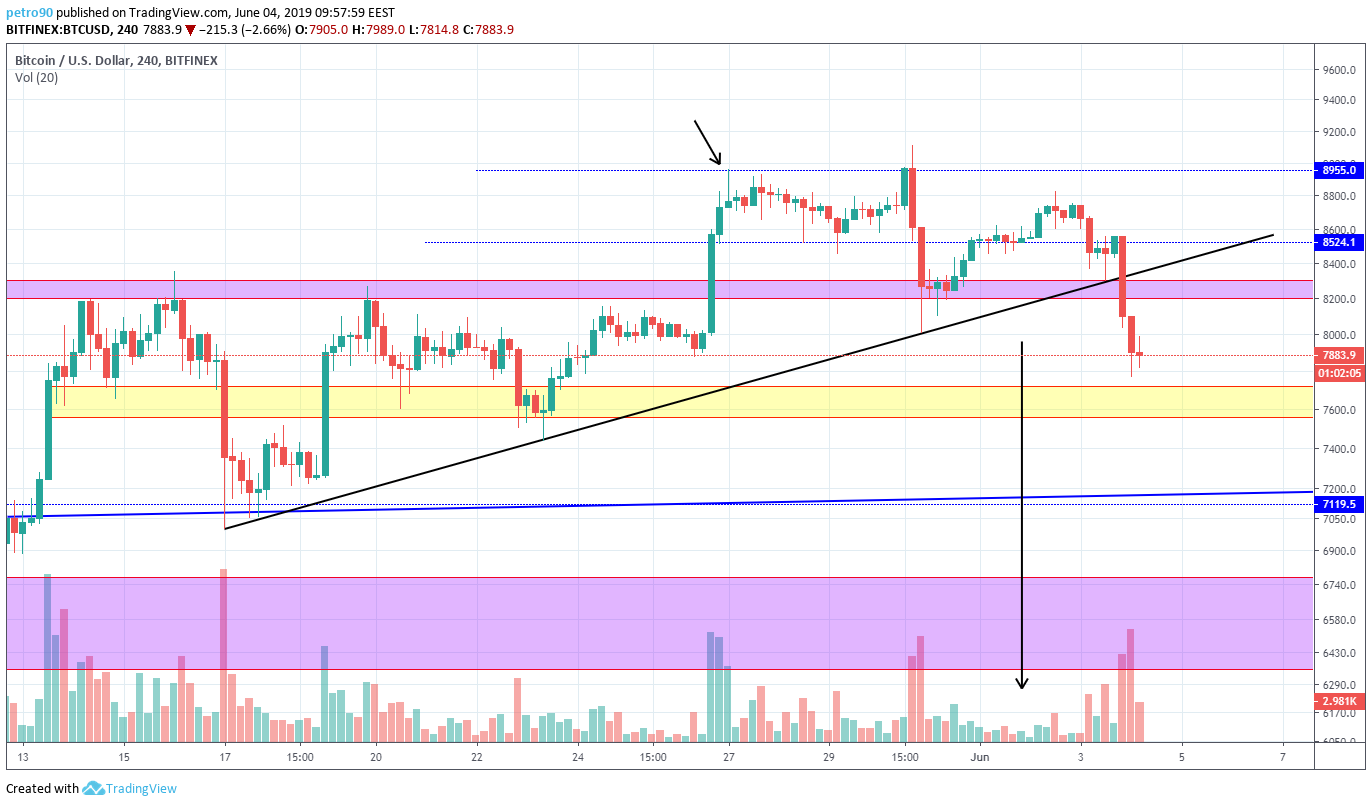 In addition to the fact that buyers broke through the price zone of $8,200- 8,300, they also broke a black trend line, which was kept by buyers since 17 May. Thus, the short-term growth trend has expired and the price has passed to the new channel of the price movement: 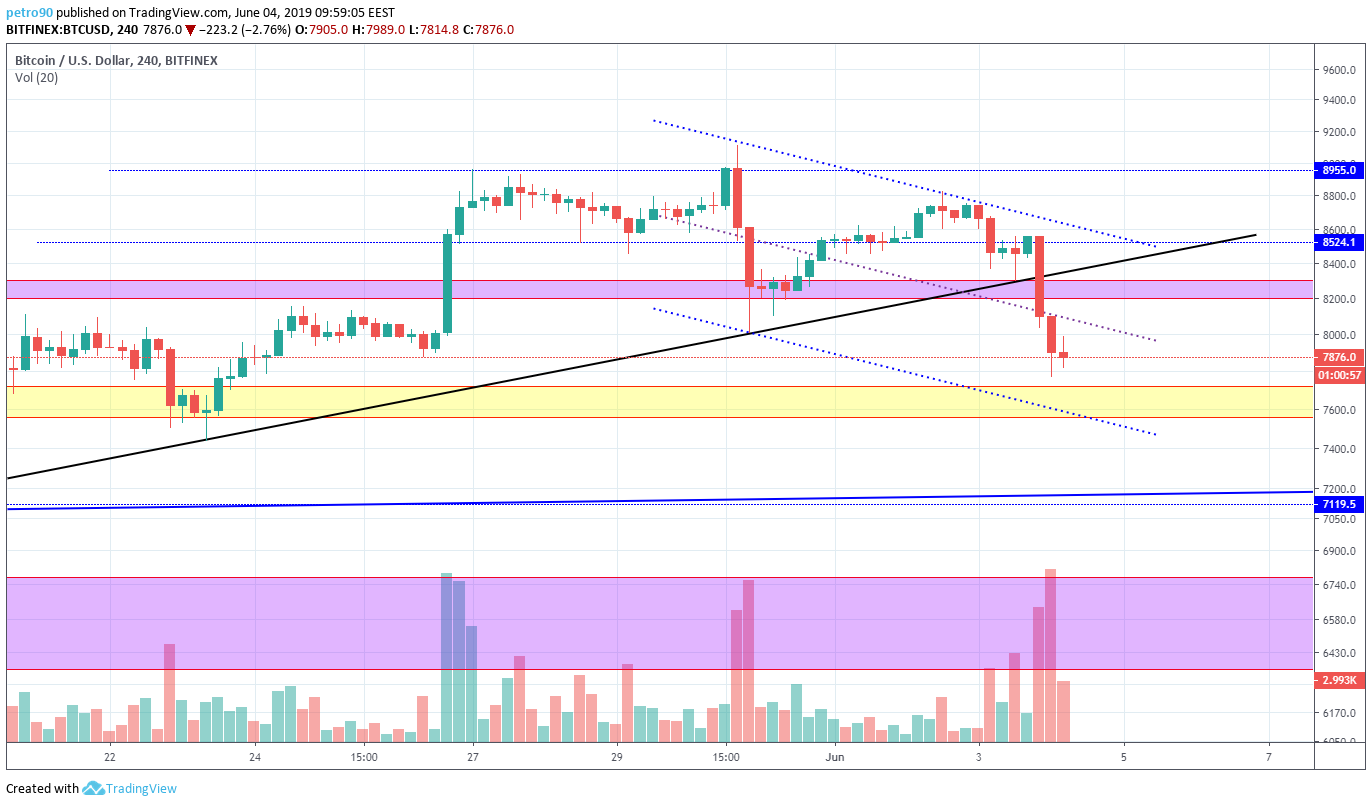 The next target of sellers is the price zone of $7,550-7,770. In this price zone, there is a lower trend line of the newly-created channel. However, if you look at the chart from 14 May, then we see that this price zone has broken through without difficulty for buyers and sellers, so we believe that if sellers do not reduce their ambitions, the fall in prices may accelerate by breaking through $7,550-7,770.

If we analyze the marginal positions of buyers, then we see that buyers are actively closing their positions: 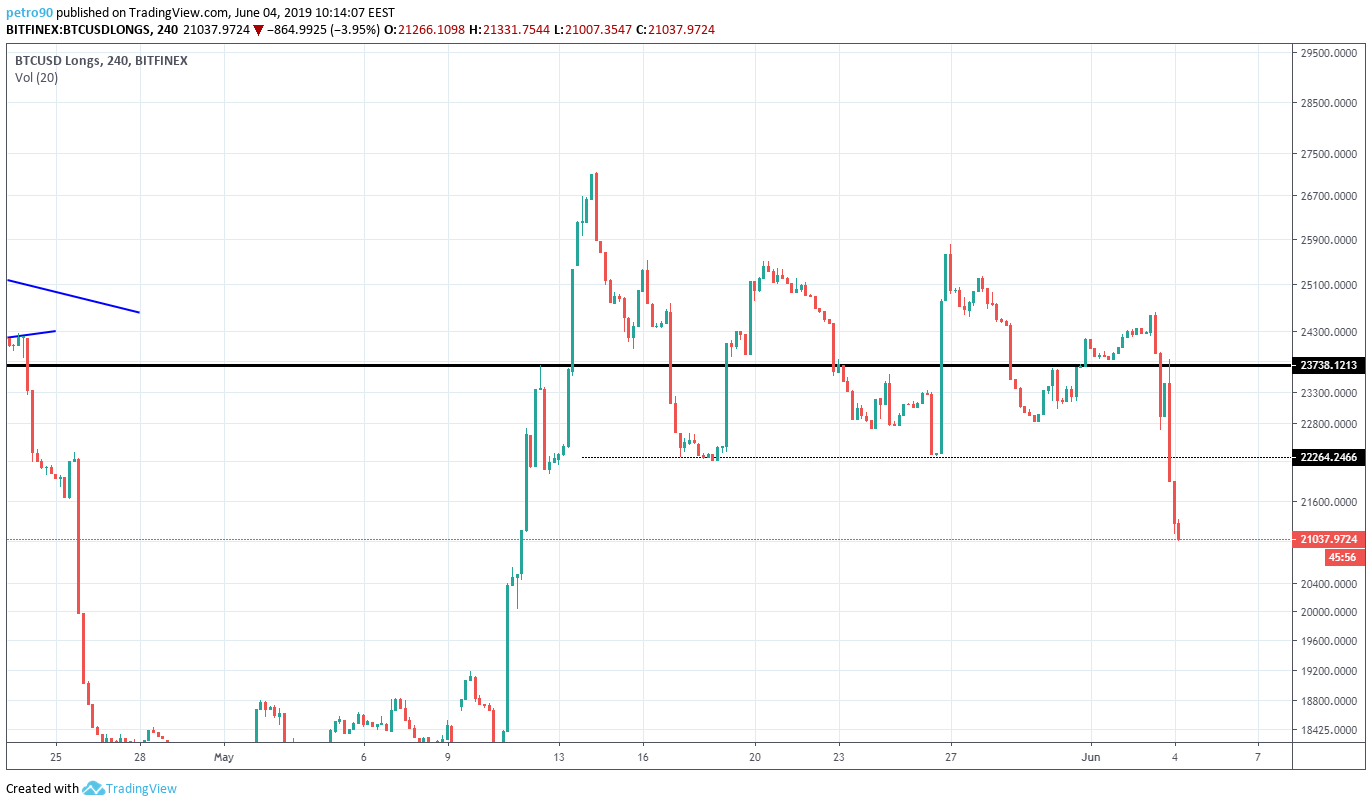 Sellers, on the contrary, are gaining confidence and at the fall of Bitcoin increase their positions. So far, it does not seem as active as closing the positions of buyers, but that buyers are slowly changing their mood: 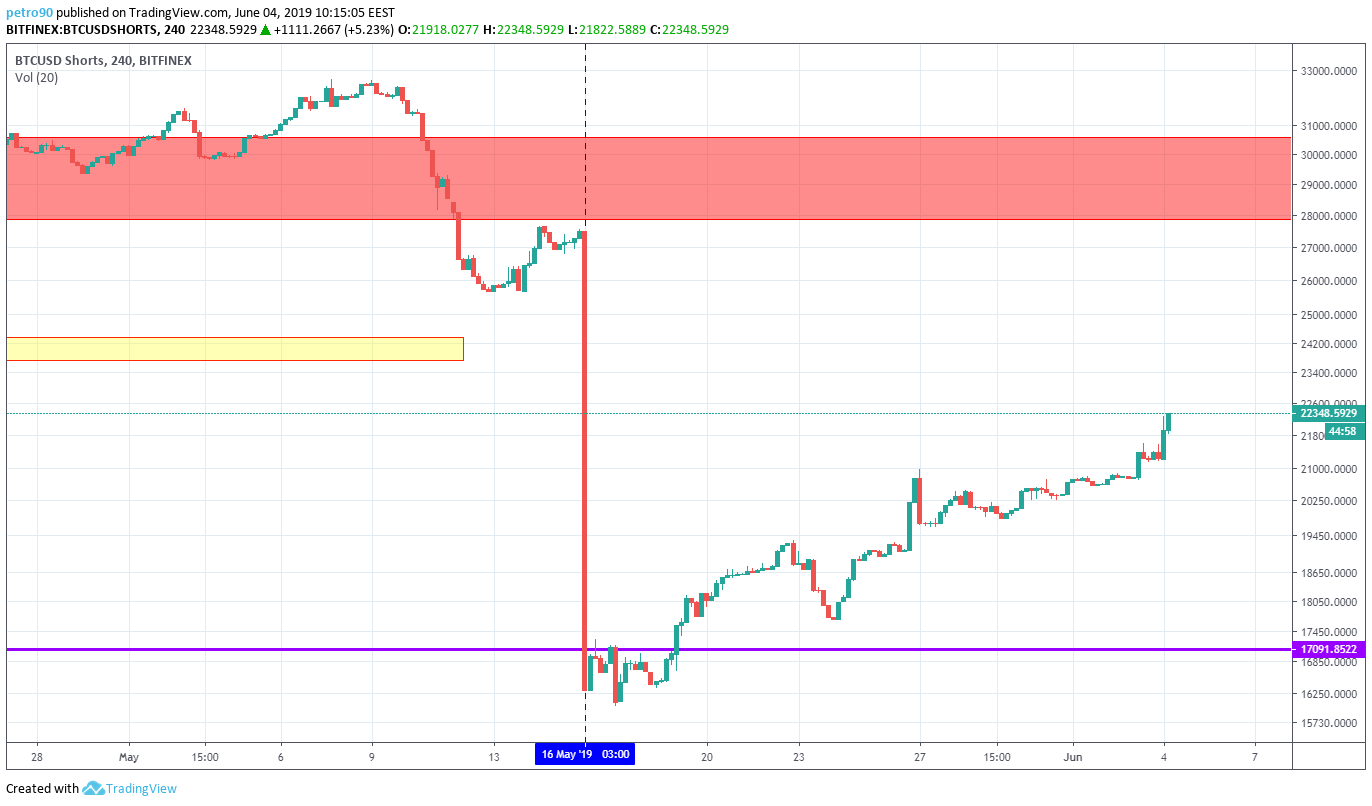 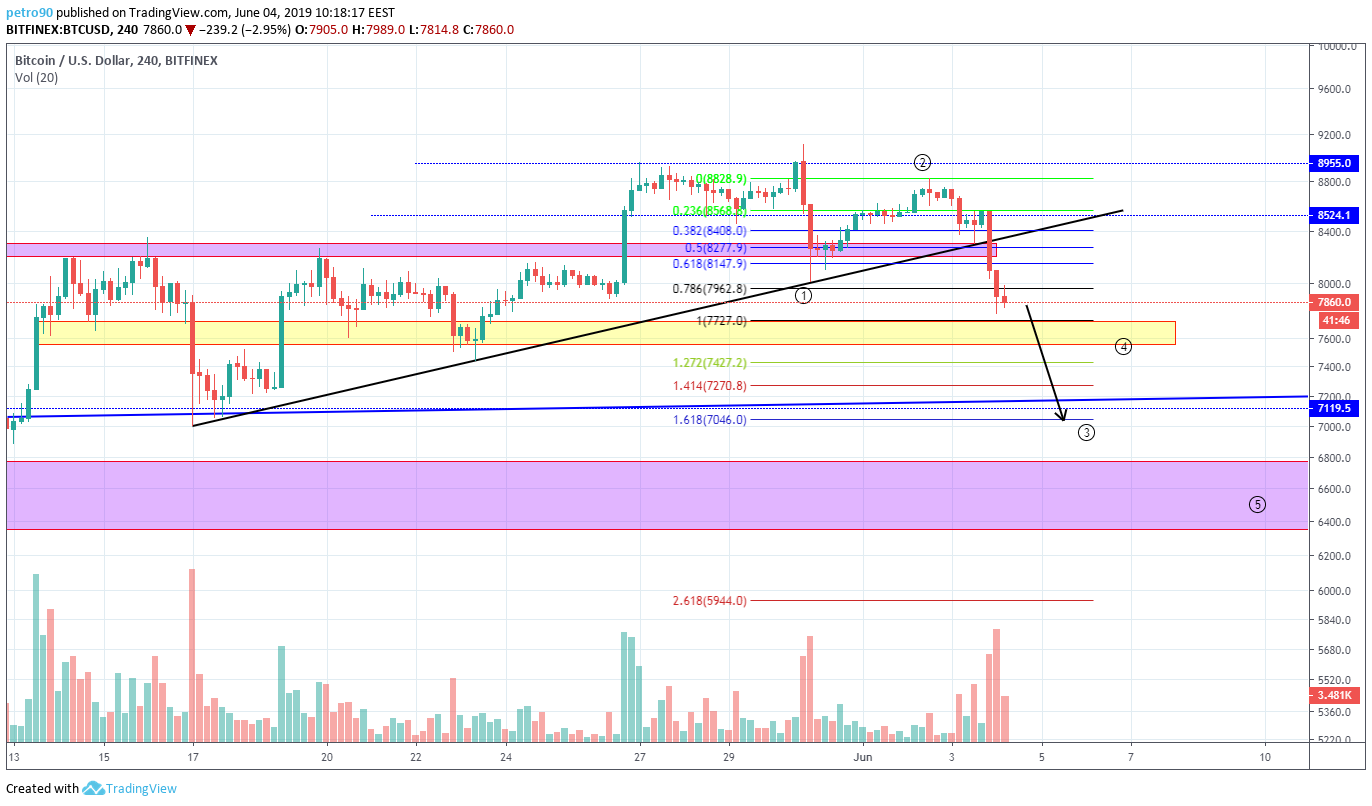 Whereas the weak growth from 31 May corrected the previous fall by almost 78.6%, and after that, there was an aggressive fall, we tend to think that the current fall will have a 5-wave structure:

The global fall to $7,050 still does not change the main trend of buyers, which lasts from December 2018. The main targets are scheduled and now remains to be analyzed on Thursday whether sellers will cope with a price zone of $7,550-7,770.