The bickerfest between sellers and buyers continues and goes on the seventh day. After closing a weekly candle in the range of $7,530-7,770  with the beginning of the new week, the price continued to move within consolidation.

We want to note that the attempt to break through $7,530-7,770 was not convincing. No increased volumes nor large anomalous candles we did not mention. Buyers are still trying to keep the price, but the attack is not in a hurry. The price continues to move in the blue falling channel and is now at the top of the trend line. Even when breaking through this channel, buyers are waiting for a serious price zone $8,200-8,300, so at the moment we continue to expect a price fall after the end of the current consolidation.

If we analyze the current situation on an hourly timeframe then it is noted how gradually the power of buyers goes down: 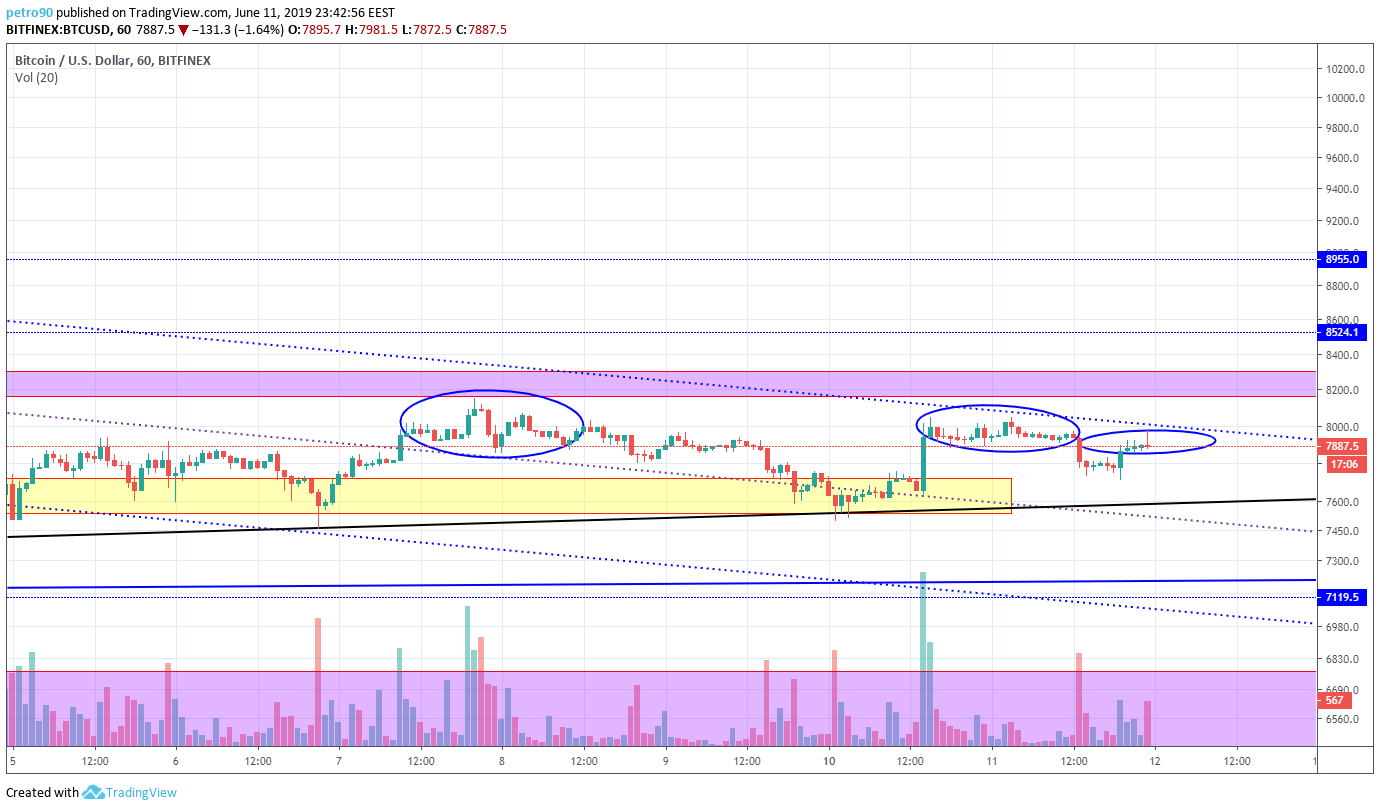 Also, we have identified another trend line, which buyers defended very carefully in critical situations and abnormal increases in sellers volumes. Thus, we have formed a price range which on the top is limited by the upper trend line of the falling channel, and below by the black trend line: 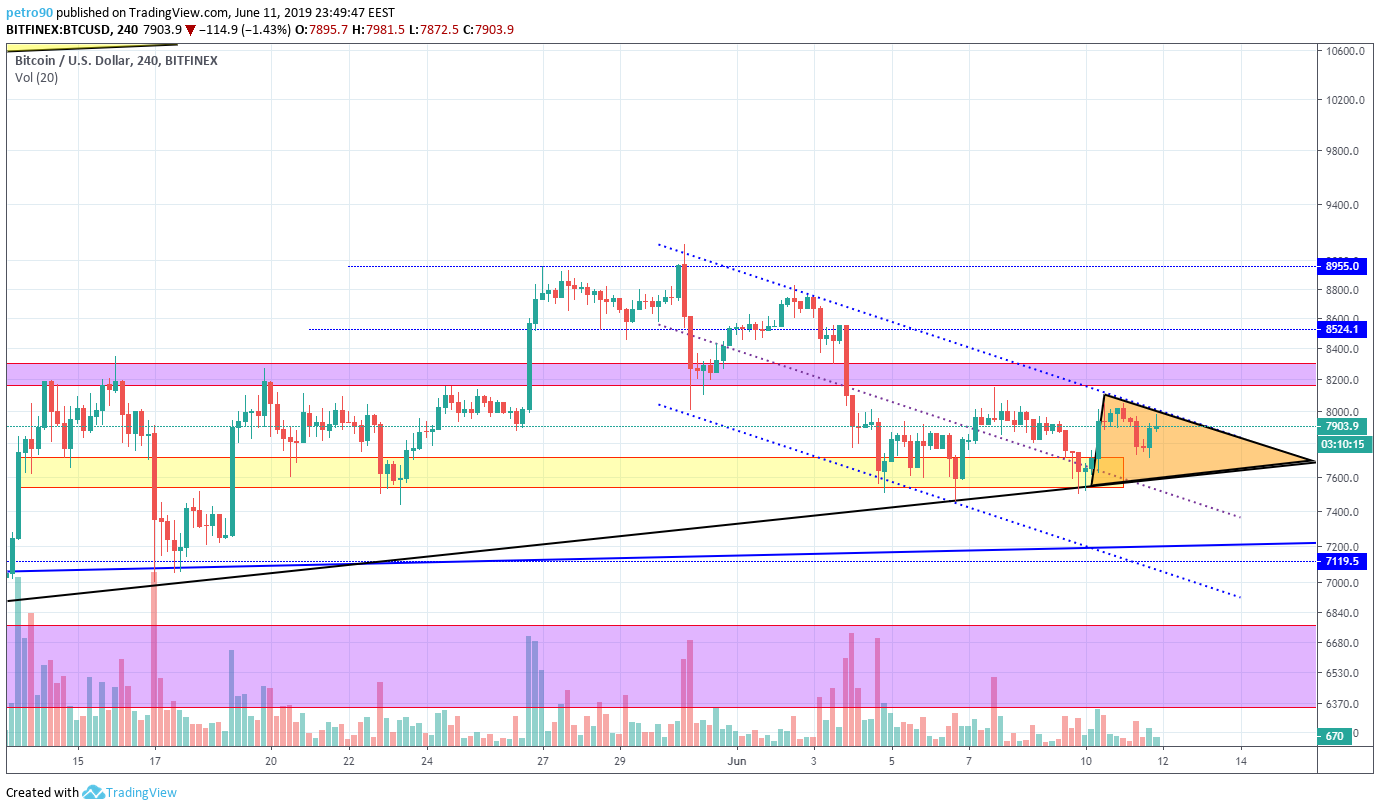 At this moment, in our opinion, it is easier to break this range down. 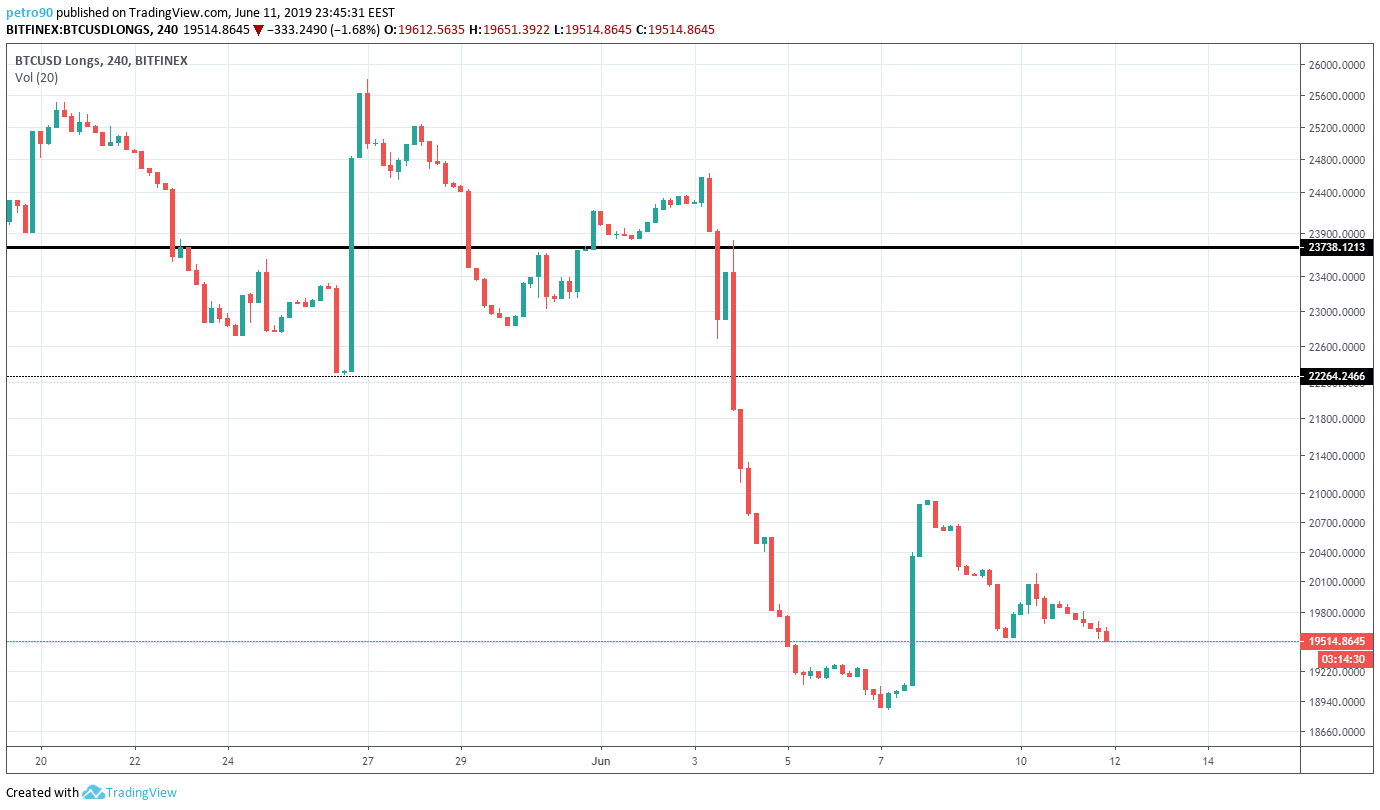 Sellers are also unsure of themselves and want to get out of position, waiting for the price shot after the consolidation:

According to the wave analysis, the current consolidation reminds us of a correction before continuation of the next wave of fall to $6,600: 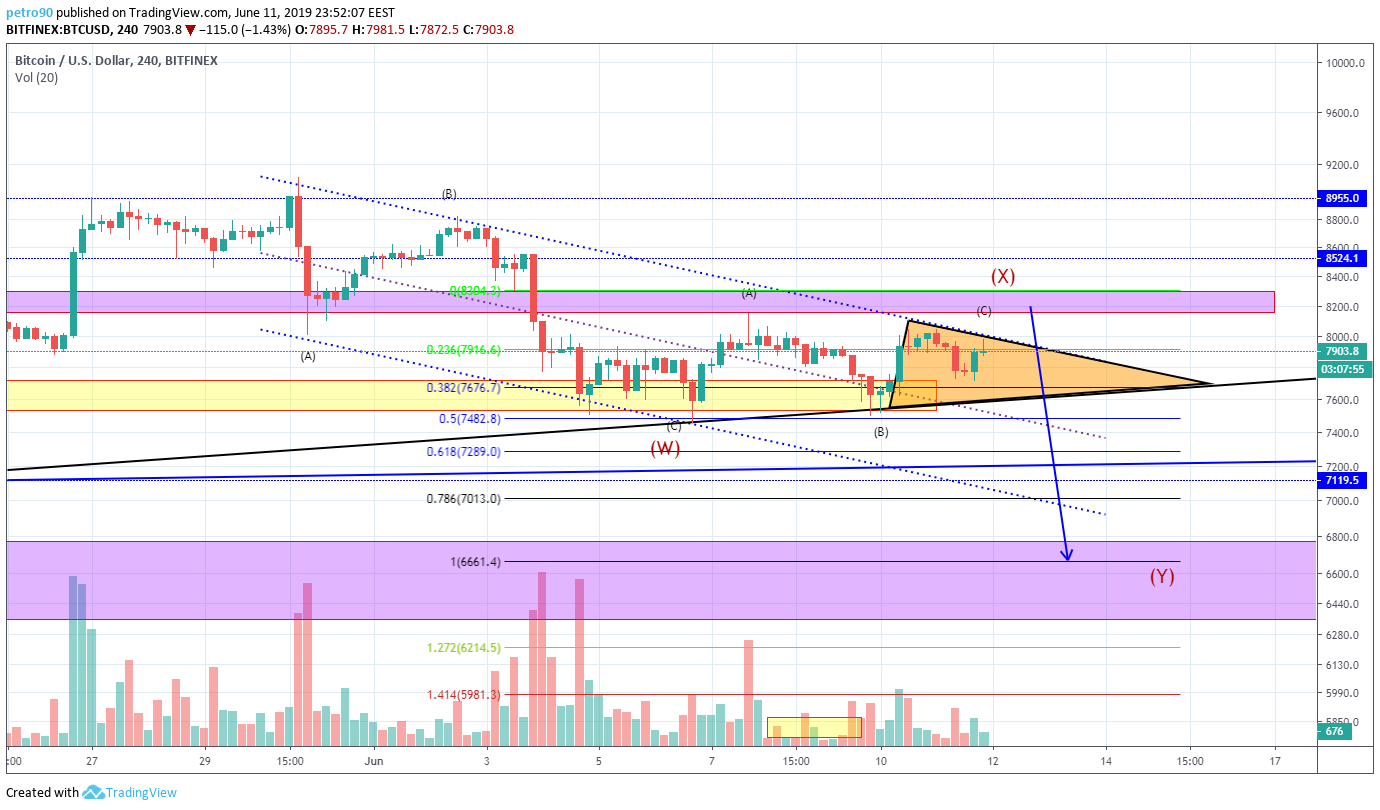 Buyers were able to correct the wave (W) by 38.2%. A fairly faint correction gives a hint of at least a weaker fall wave. Therefore, our main scenario remains unchanged and its effect will be stopped at a time when buyers break $8,200-8,300. Since 8 June, the volumes have decreased significantly. That’s why we are waiting for this week’s surprise and a price shot and will analyze how promising our forecast is.