The short-term sellers trend was broken on 12 June, after breaking through $8,000. It happened on increased volumes and now the fight for the critical point of $8,200-8,300 is going on and while buyers are not kept above this price zone, even a broken falling trend will not be a signal to us that buyers have begun a new powerful growth.

If we analyze the daily timeframe, then we do not see any increased volumes and the probability of falling to $7,530 with a continuation of up to $7,000 remains great: 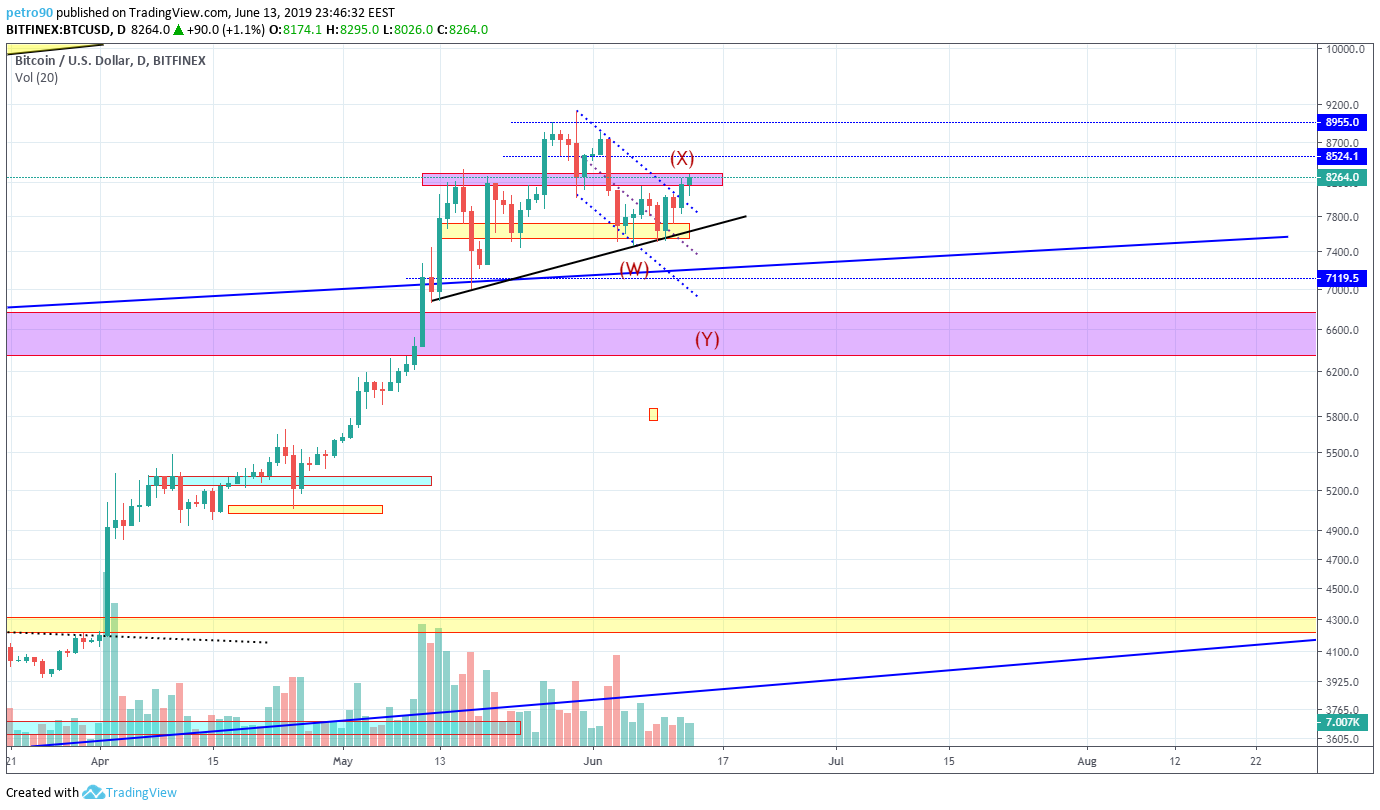 At the hourly timeframe, we can notice that the new local growth trend begins to stop and because of the liquid price zone $8,200-8,300 the next maximum is not so dangerous. However, if buyers break this price zone, then we see a high probability of a sharp increase up to $8,600. 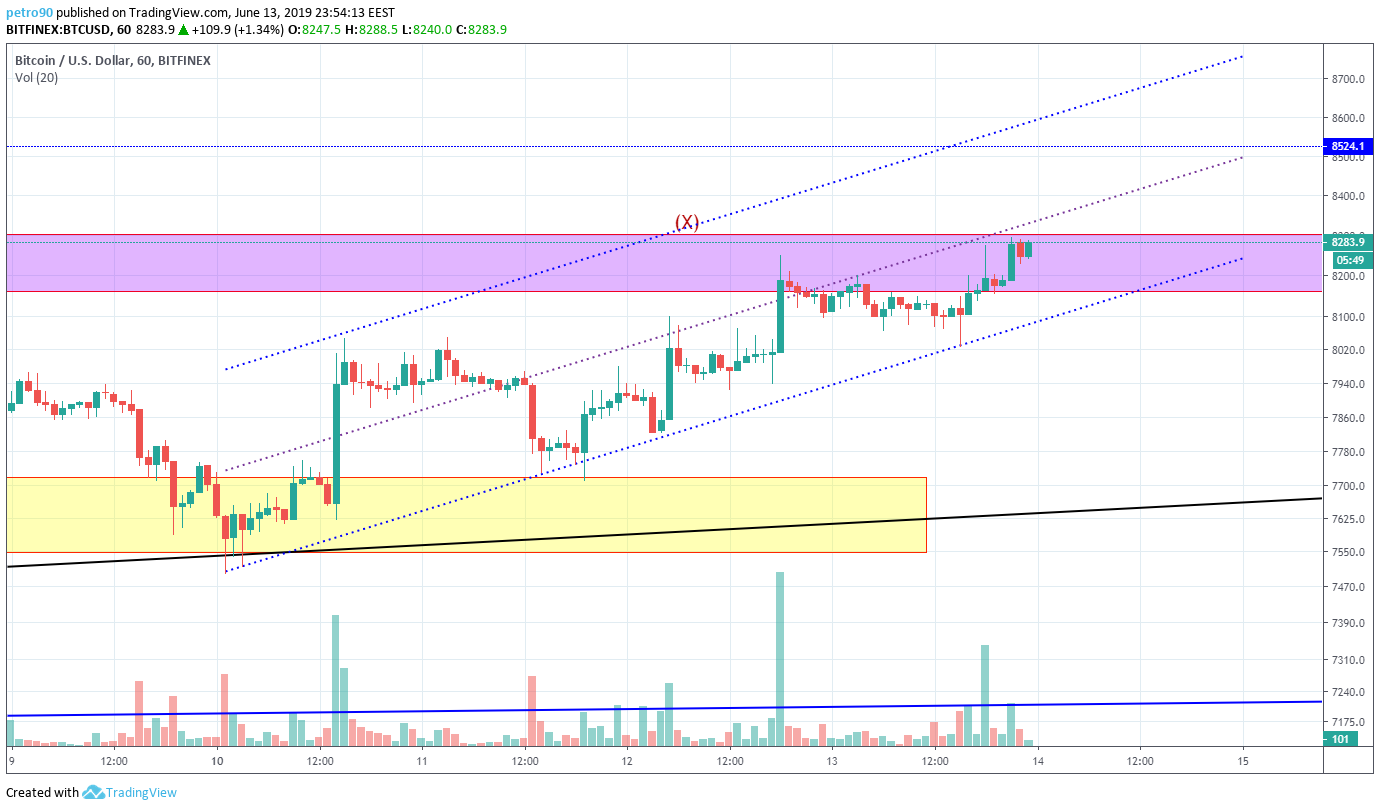 The situation on Bitokin chart is confirmed by the chart of marginal positions of buyers. Now buyers are not trying to actively open their positions and growth looks lazy: 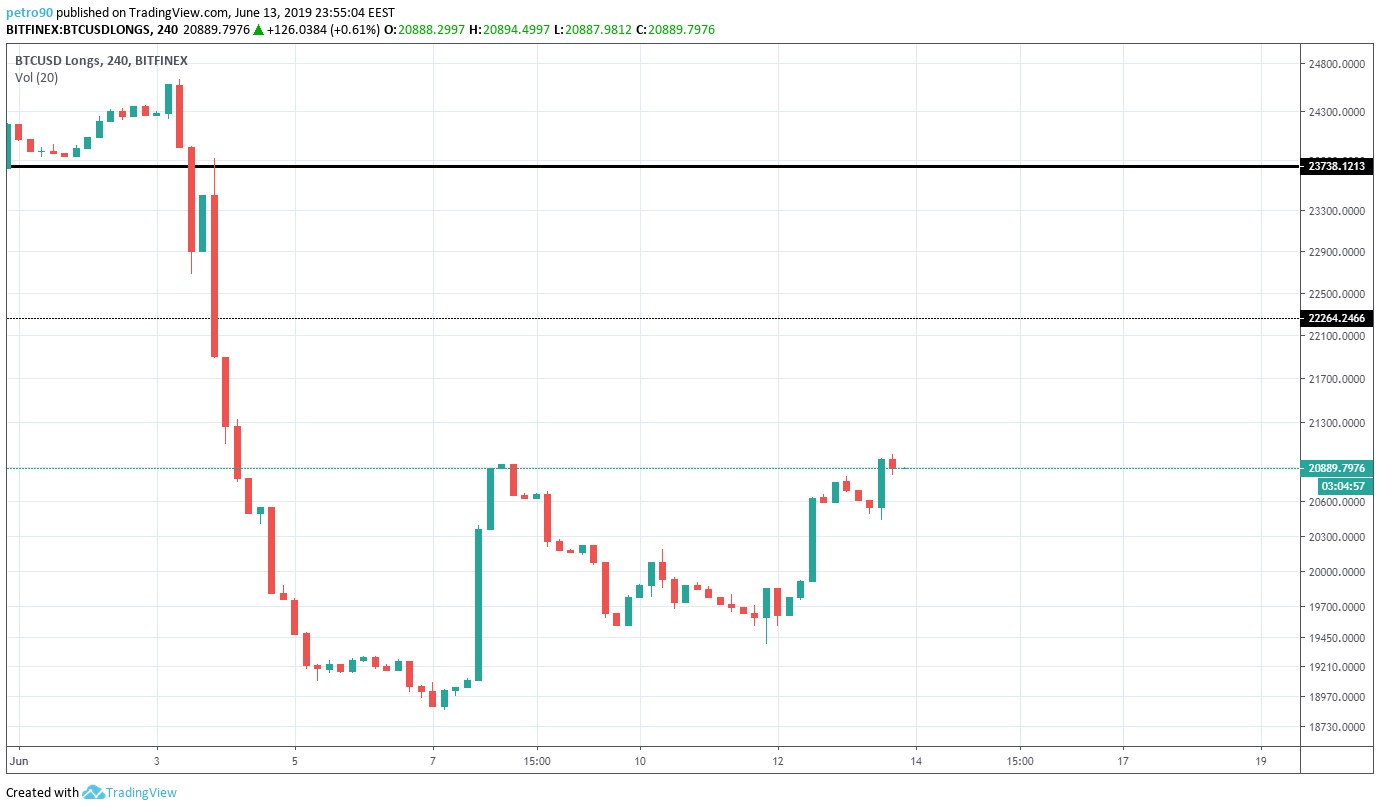 Sellers in this regard are much more aggressive: 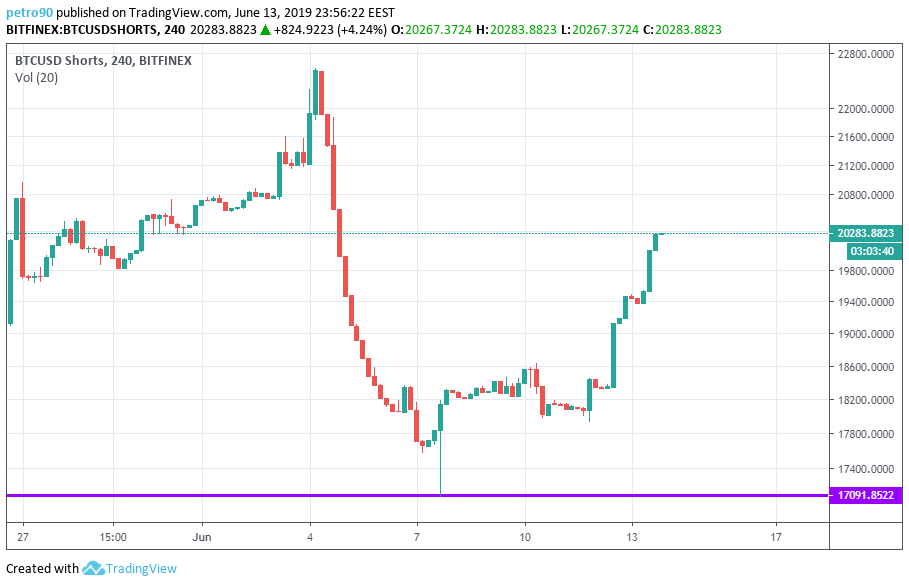 According to the wave analysis, wave (c), which began on 11 June, at the moment, is equal to wave (a). While buyers are not breaking $8,630, today’s growth we will consider as a correction after the fall of 30 May: 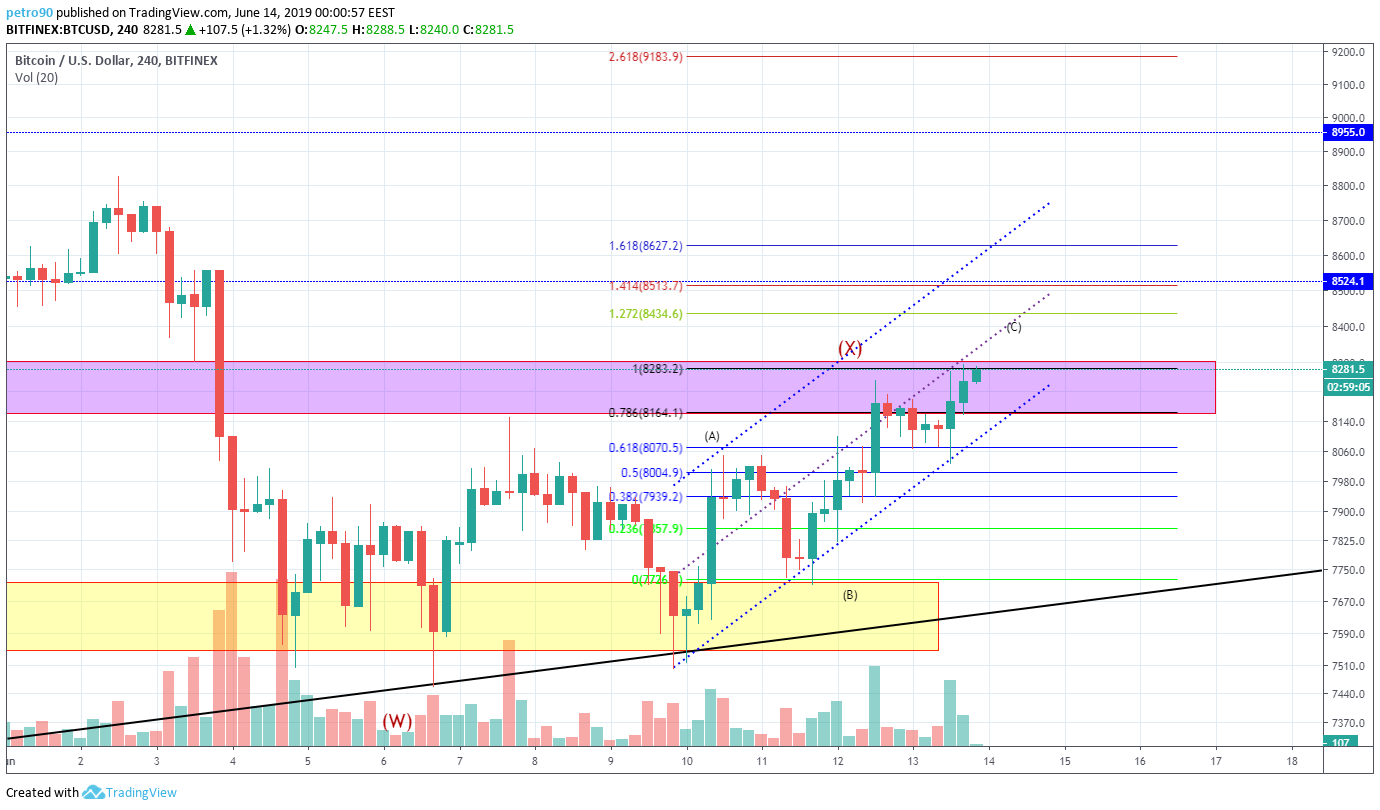 In general, buyers look rather strong, given that their growth without correction lasted from February 2019. However, volumes began to fall since 13 May and now they are the smallest in the month. Therefore, our main scenario is still in force, although we do not like the behavior of sellers with such weak attacks of buyers. Until we see a consolidation of buyers at $8,200-8,300, we expect a fall to $7,530 with a final stop at $7,000. An alternative scenario is $ 8,600 with a possible growth continuation up to $9,220.