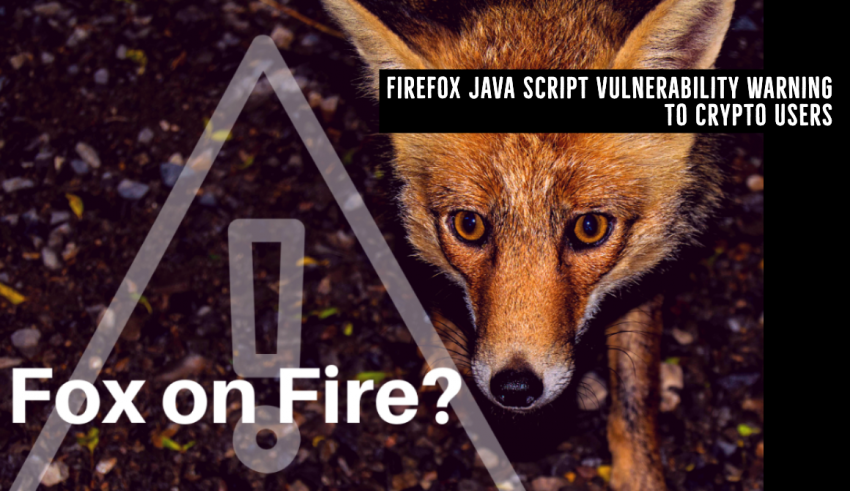 Firefox has assigned a critical or top-level threat to a vulnerability discovered by the Coinbase security team and Google security researcher Samuel D Gross. The mixing attack has been used in the past to attack cryptocurrency users.

Registered by experts under the code number CVE-2019–11707 a similar problem occurred in the Mozilla Firefox browser back in 2016. A publication on the Firefox website stated:

“A type confusion vulnerability can occur when manipulating JavaScript objects due to issues in Array.pop. This can allow for an exploitable crash. We are aware of targeted attacks in the wild abusing this flaw.”

As a result of the critical threat, all Firefox users have been advised to update to the latest updated version of Mozilla Firefox 67.0.3 in which the problem has been fixed. In such situations, the vulnerability is generally hidden from the public and fixed immediately before released publicly, due to its potential harm.

In a move to help improve security in the crypto-sphere, Firefox recently announced that all future versions of its web browser would automatically block crypto-jacking malware. The aim is to target the negative impacts of unchecked online tracking. Future web browsers will protect users by default from this, and offer users more advanced controls over what information of theirs is shared with third parties.