Despite the fantastic Bitcoin growth over the past two days, XLM has a mind of its own and is not trying to move on to its elder brother. However, one can not deny the fact that buyers broke the upper trend line of the triangle, in which the price was traded from 16 May. Although the price after the breakthrough did not go up to the upper limit of consolidation at a price of USD 0.145, sellers showed their weakness, giving a black trend line to buyers. The new problem of buyers appeared at a price of USD 0.127, which initially buyers could not break through on 12-13 June, then after breakthrough, they could not fix on 18 June and now we see increasing volumes and active sellers, whilst approaching this price: 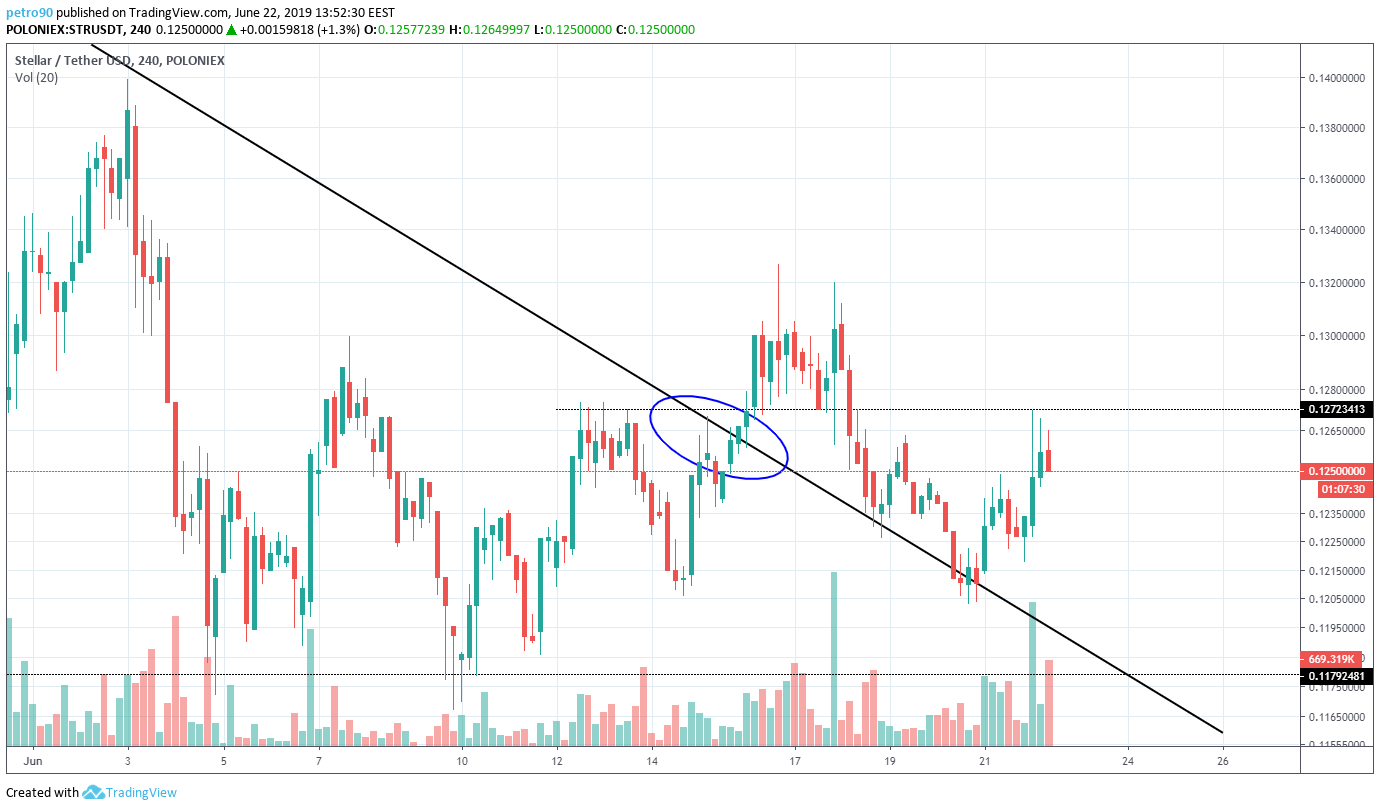 However, it is a local problem that you will not notice on a daily timeframe and it will only be an additional signal for buyers to continue growing if they are able to break through USD 0.127.

If we analyze the XLMBTC chart, we can see that investors are selling this coin in a stable way to get a growing Bitcoin. It is another reason to stop the growth of the price of XLMUSD pair: 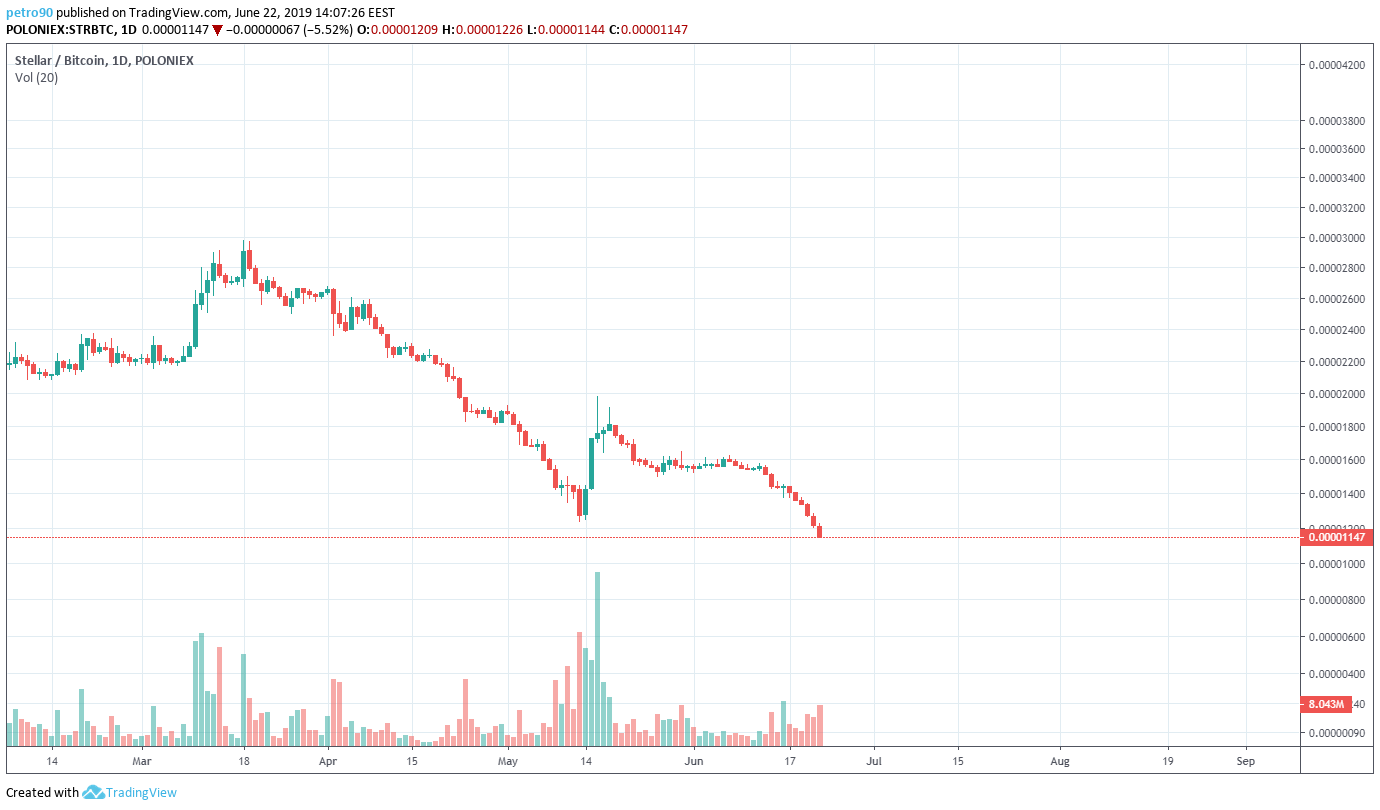 There is a high probability that at the beginning of the fall, Bitcoin investors, in order to reduce the risks, will begin to buy other coins, while raising the price, because for this moment a few coins are aggressively growing as Bitcoin. There are not enough volumes yet for the growth of the entire market.

According to wave analysis, the situation remains stable. In our opinion, the wave (C), which is now equal to the wave (A), continues to form. However, the wave (C) has a growth potential of up to USD 0.188: 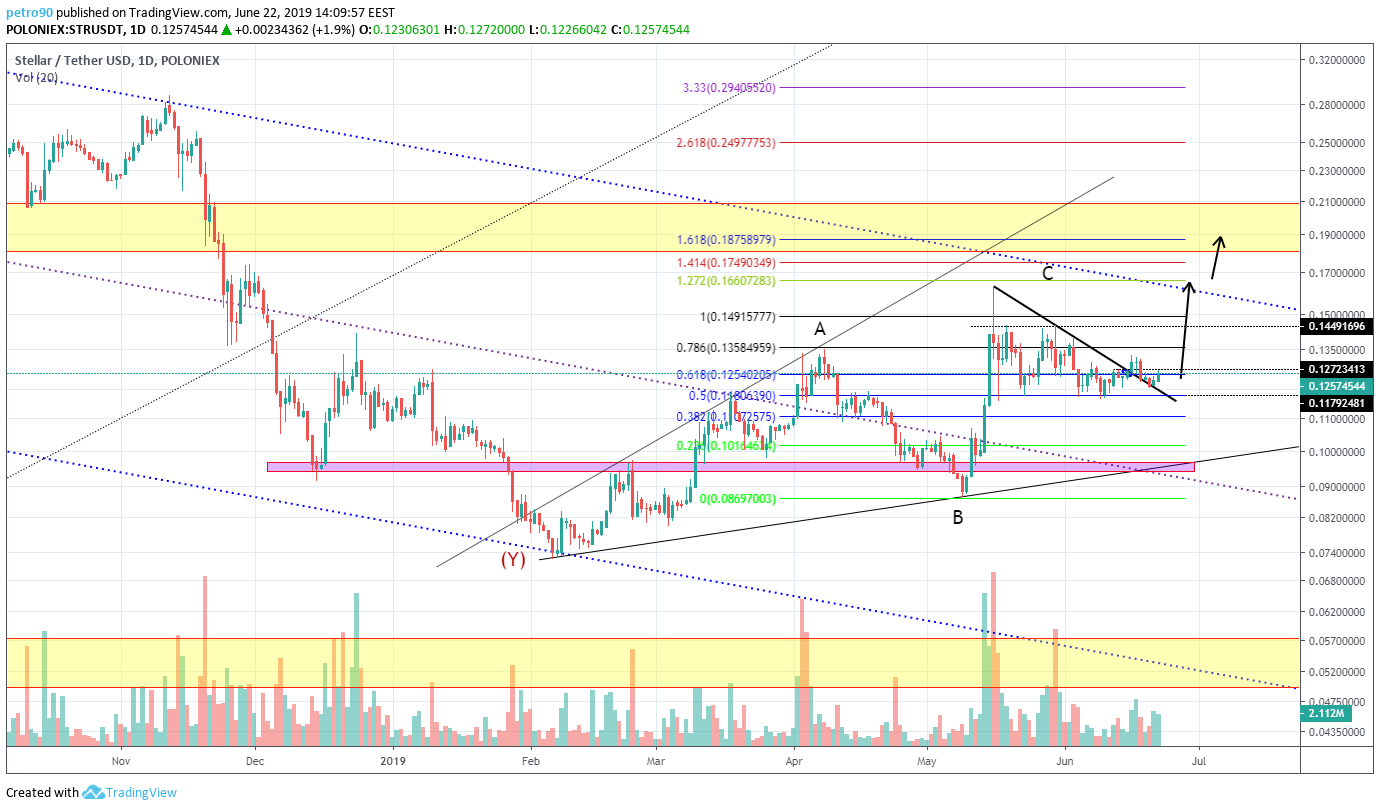 We remind that so far the price of this coin is moving in the falling channel, the upper trend line of which passes at a price of USD 0.167. Therefore, so far, the growth of this coin is understood as a correction after the global fall and as long as buyers do not break USD 0.188, our scenario remains unchanged. An alternative scenario for sellers, after breaking through USD 0.118, remains unchanged – it is a test of USD 0.094-0.096. We are waiting for the exit of this coin from consolidation and brighter price movements!