The week of Bitcoin trading ended and the most colorful were the last three days. On Friday, buyers managed to break through the angle wise consolidation upwards, after that the price without special stops reached $11,230. On a 4-hour timeframe we see that buyers stopped before the breakthrough of the trend line but did not feel any opposition from the buyers, and after a brief consolidation, the price skyrocketed upwards: 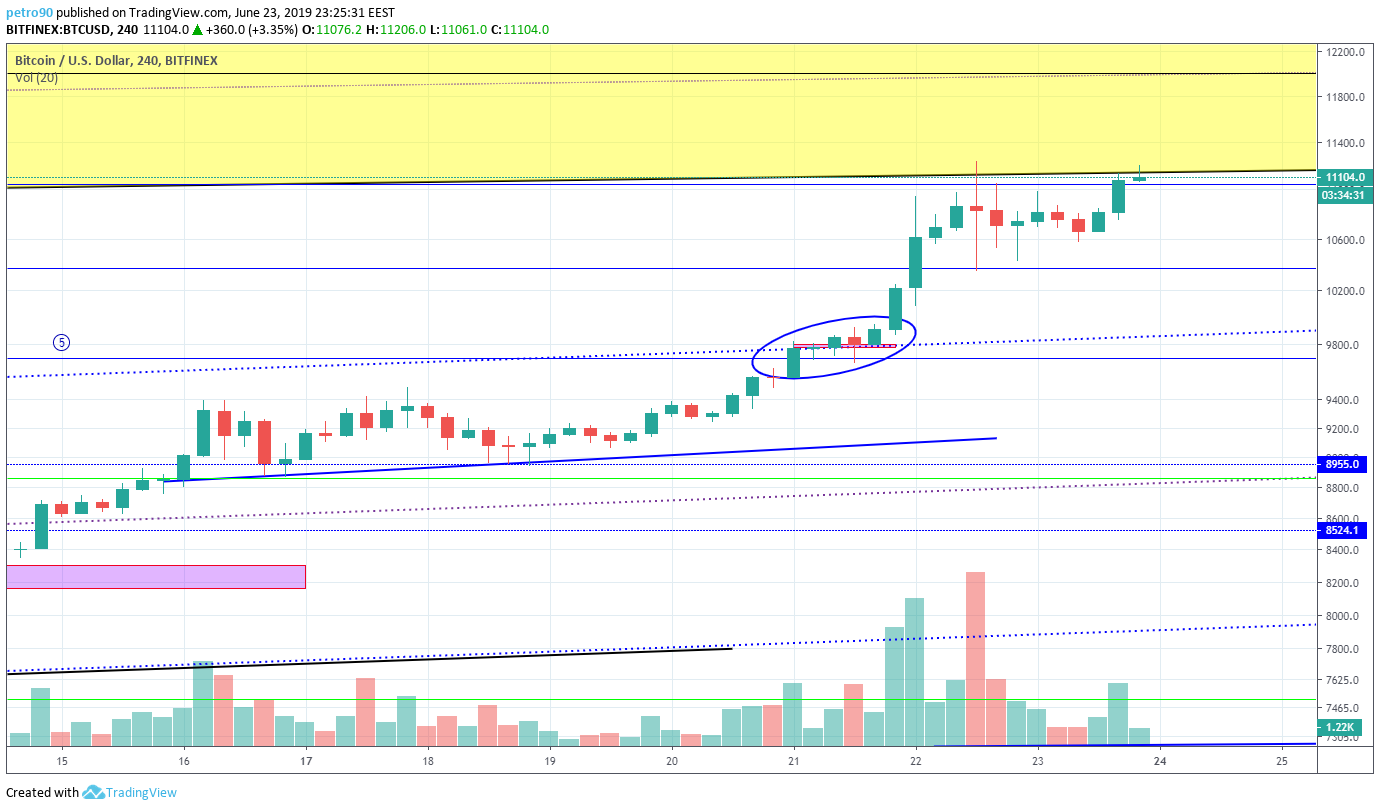 The sharp growth in prices began virtually after a failed attempt by sellers to start a counterattack. Within one hour there was a large volume from sellers, which was aimed at reducing prices. However, pay attention to the size of the candle: 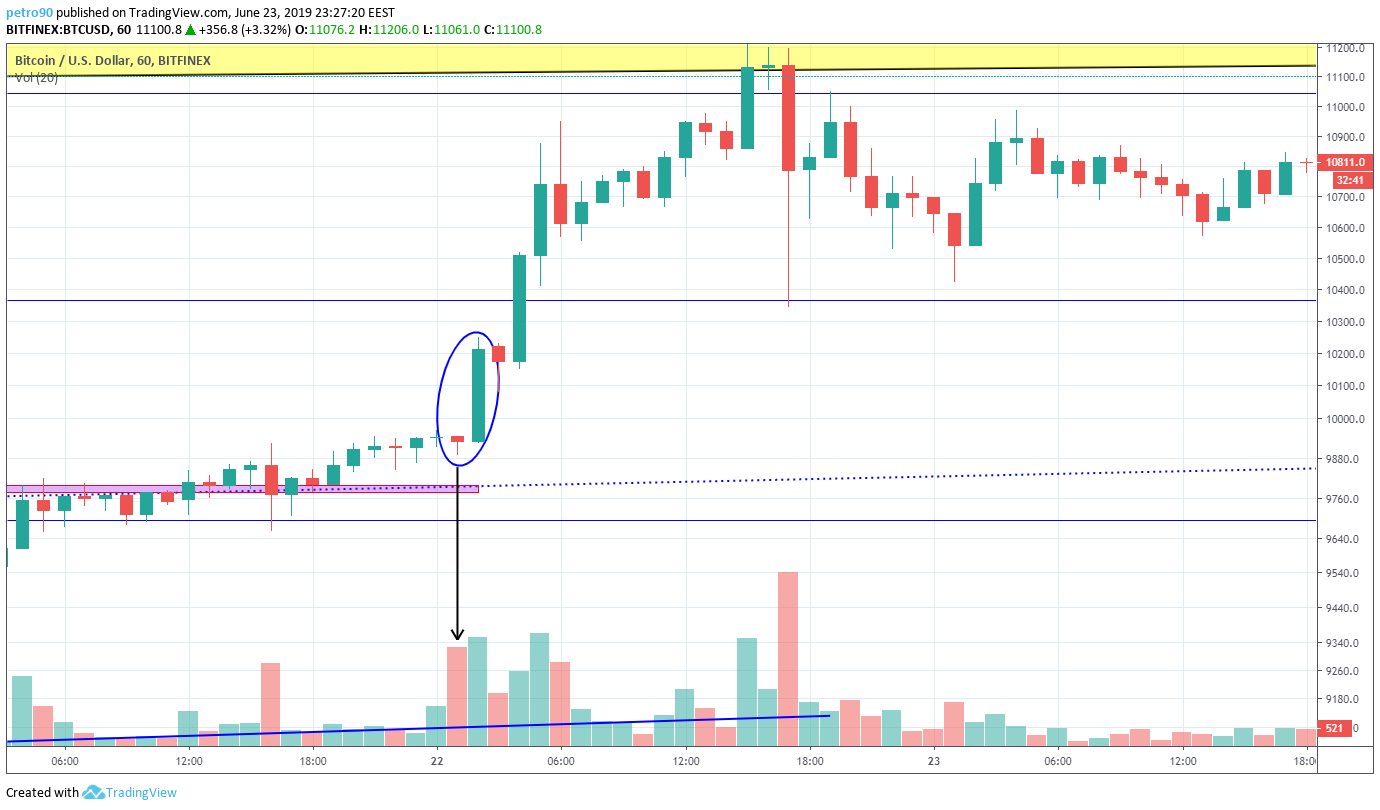 Too much demand from buyers forced sellers to retreat, after that the sharp growth began immediately after the next hour. The main opposition buyers met at a price of $11,100. After the first attempt to fix above this price on 22 June, buyers got a tough response and within one hour the price fell by 7.5%. After this incident, a consolidation in the range of $10,370-$11,100  was formed and now buyers are trying to break through the upper part of this consolidation again: 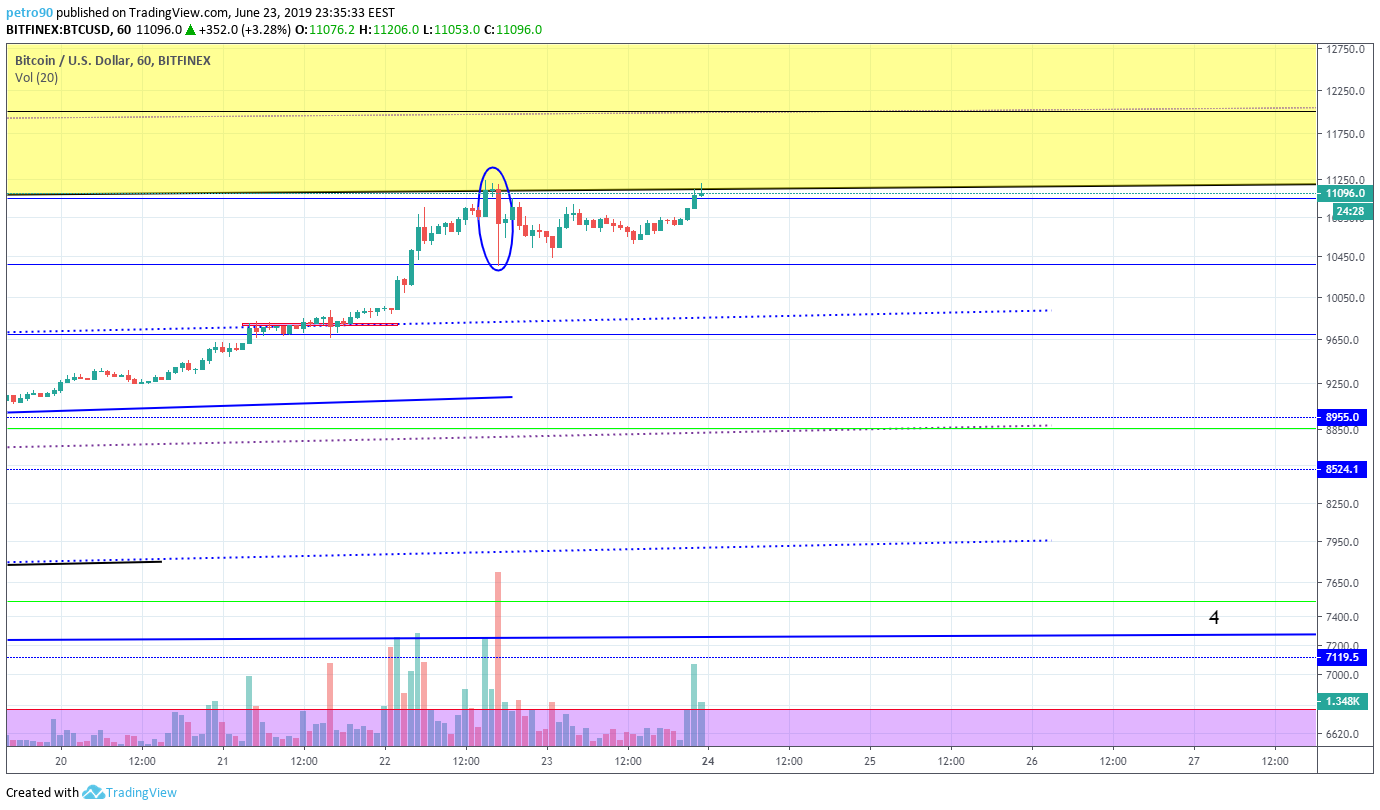 Throughout the week, buyers increased their marginal positions. However, they have increased especially today, testing for the third time zone from which buyers began to close their positions: 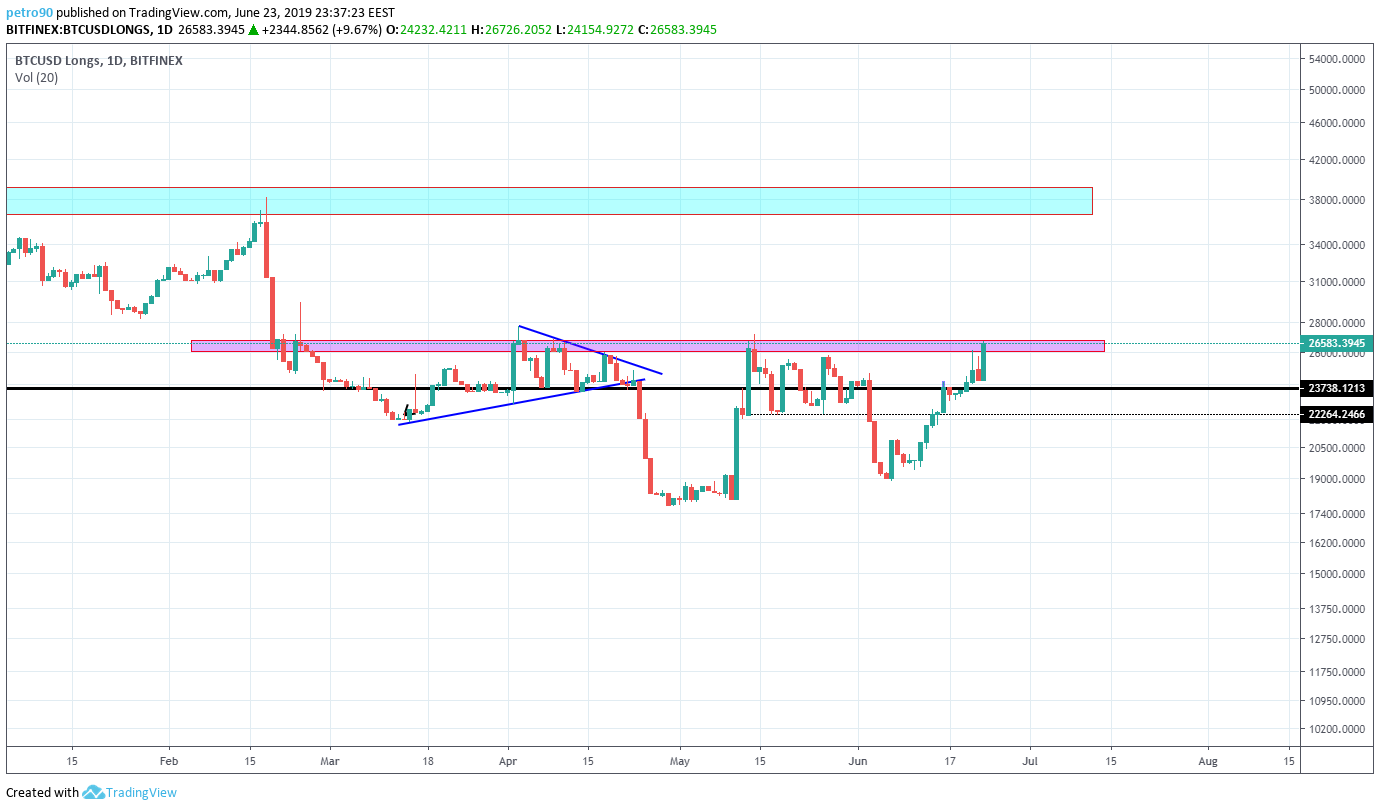 The situation with the marginal positions of sellers is identical, the only thing is that during the current growth, sellers did not so actively increase their positions: 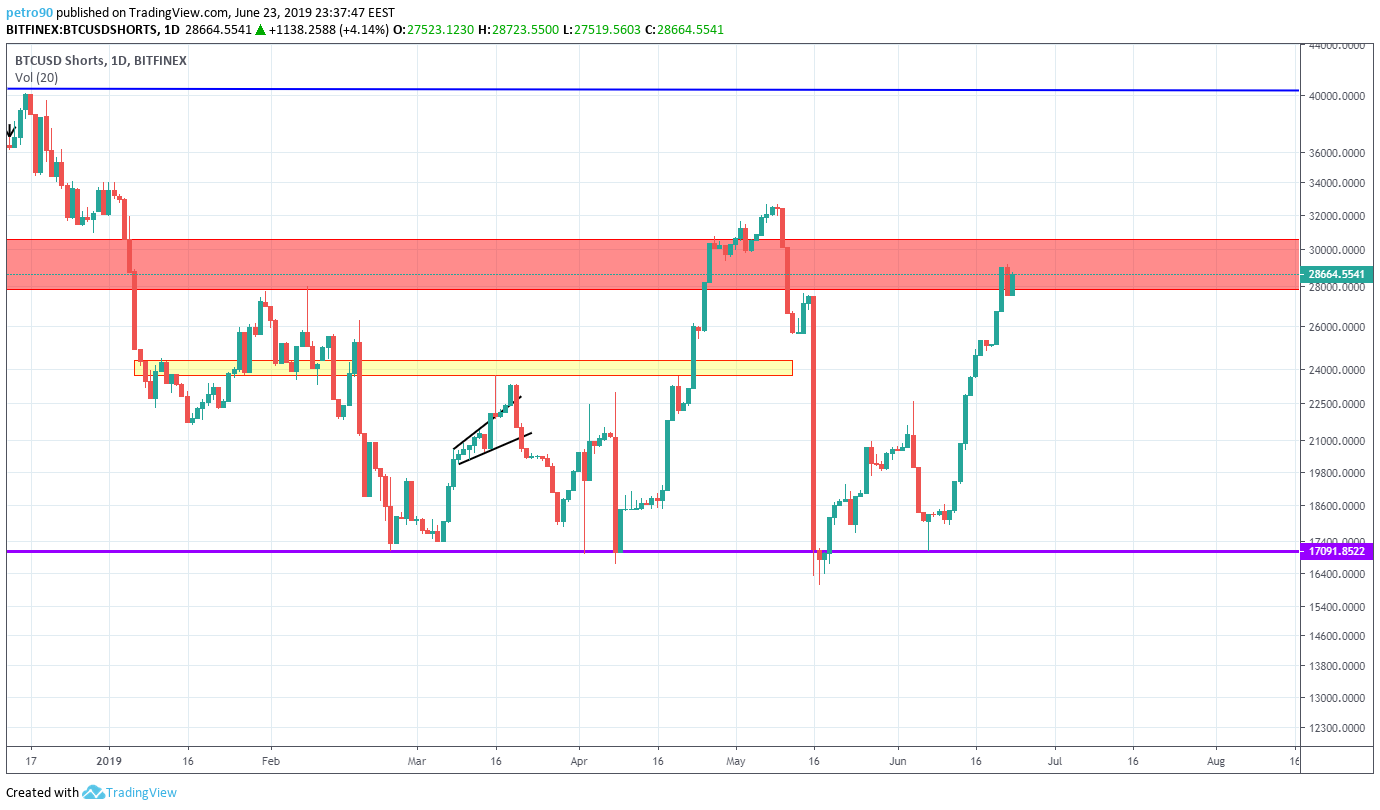 According to the wave analysis, we continue to adhere to the scenario, which we wrote about in previous analyzes. If we consider that the 3rd wave of growth started on 8 February and the correction, which is the 4th wave, began on 16 May, then after updating the local high on 16 June, buyers began the 5th wave of growth, which at the moment equals wave (3) * 0.618: 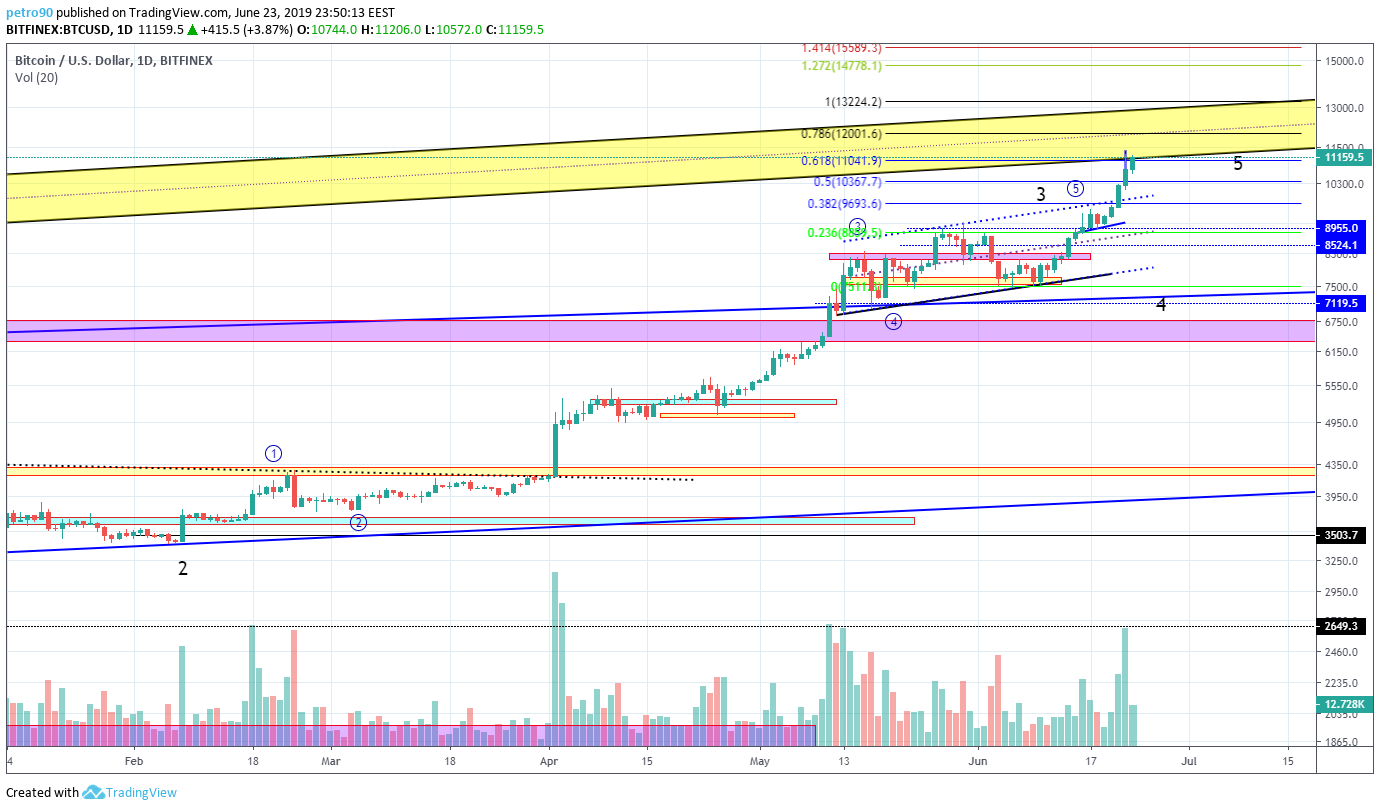 If sellers can not keep the current price then the next likely price stop is at the mark of $13200. So far, sellers are trying to slow down the price to start their game, but it is bad for them. Globally, the weekly candle has a chance to close with a prospect of growth continuation: 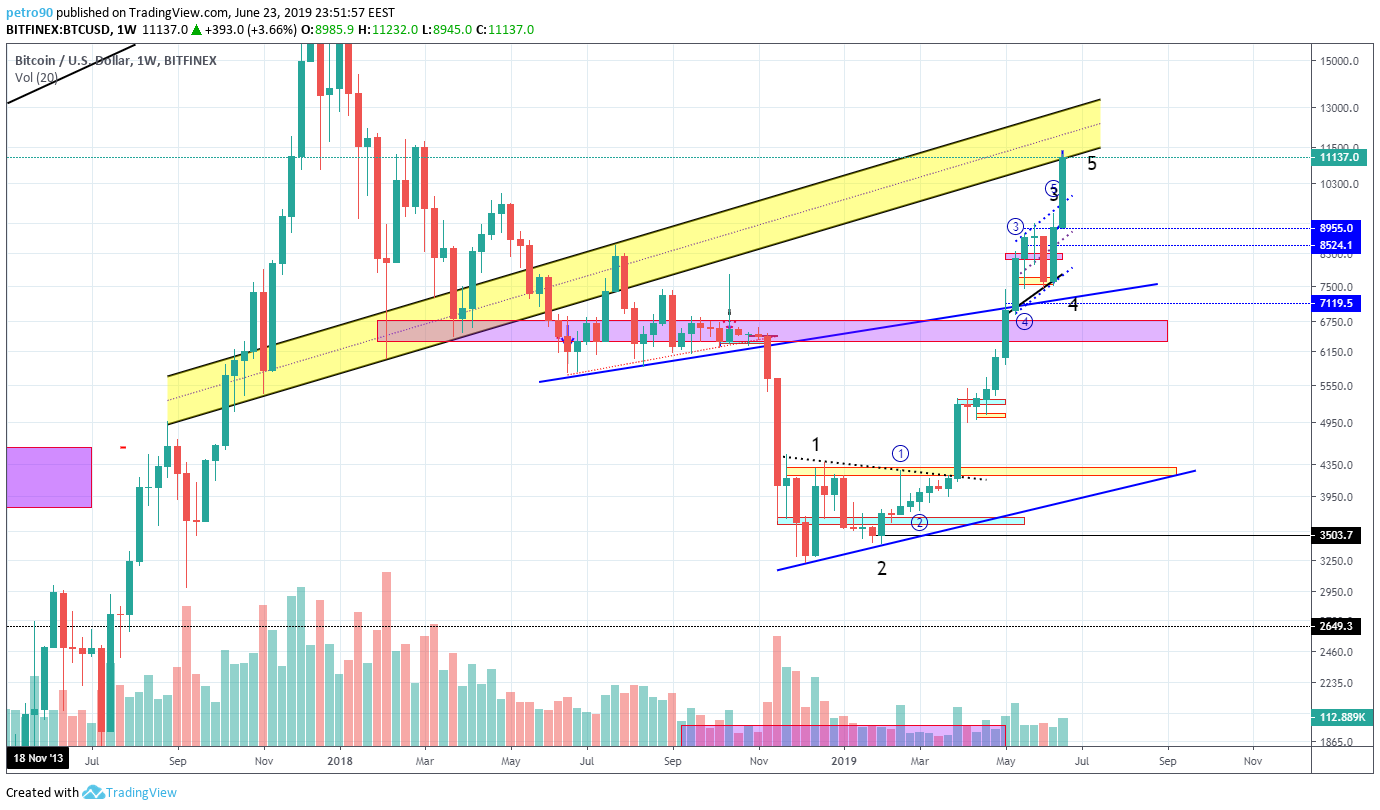 The next week, the month candle will close and if sellers during next week will not low the price to $9,000, then July is expected to be very hot and green.