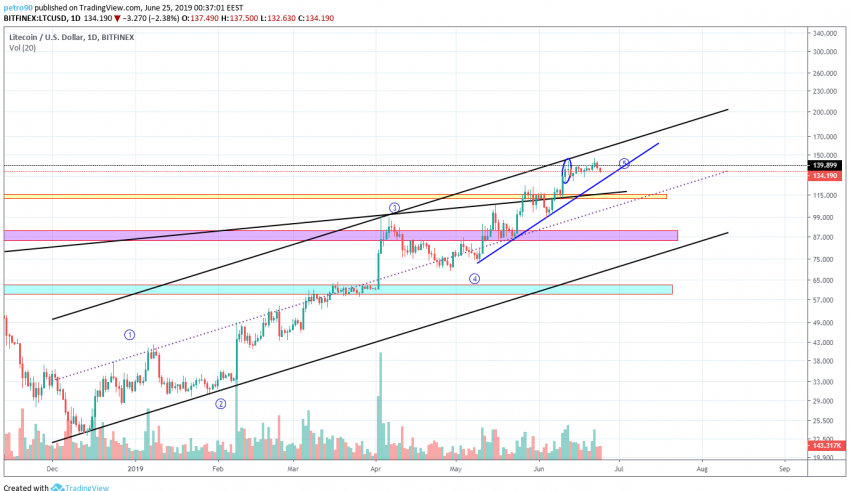 This week, Litecoin was not able to stand out with good growth as last week and spent the entire time in consolidation, trading at a price of $140. As is traditional on the weekend, Litecoin buyers broke this mark and are now trying to fix above it. The breakthrough of this price was difficult and the fight for $140 still continues.

Pay attention to volumes which were used to raise the price. Candles with large pins and small bodies show a serious fight. If you analyze the candles and volumes from 11 June, it becomes clear that before buyers meet the price of $140 with a large candle volume, with large bodies, they look confident. But during the price test of $140, the volumes remains large and the candles become less aggressive: 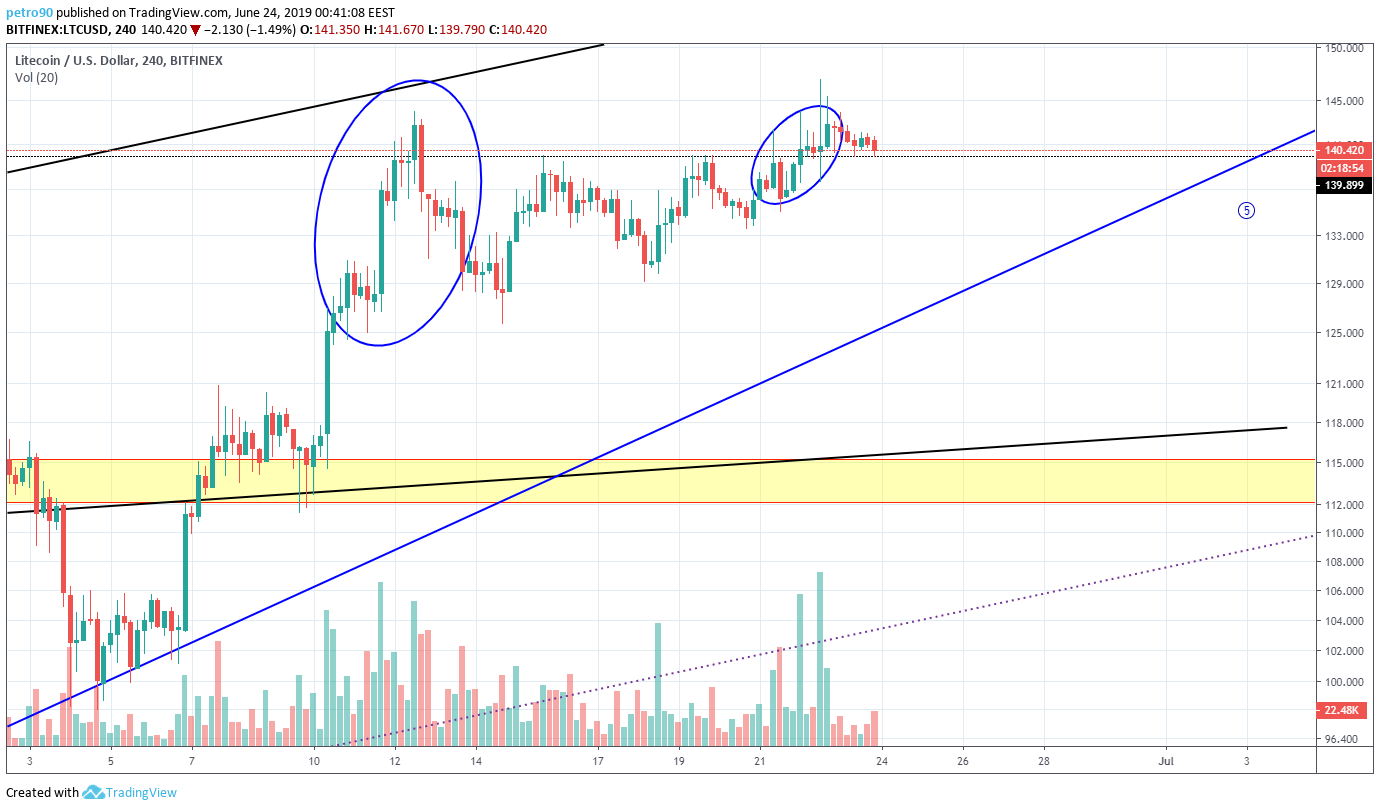 Since Sunday, after buyers failed to fix under the previous local high, above the mark of $144, sellers began an aggressive offensive and were able to lower the price by 6% in the short term.

However, if you analyze the mood of buyers, then there can be no panic. After a significant increase in marginal positions, buyers are not afraid of lowering prices and believe in growth continuation: 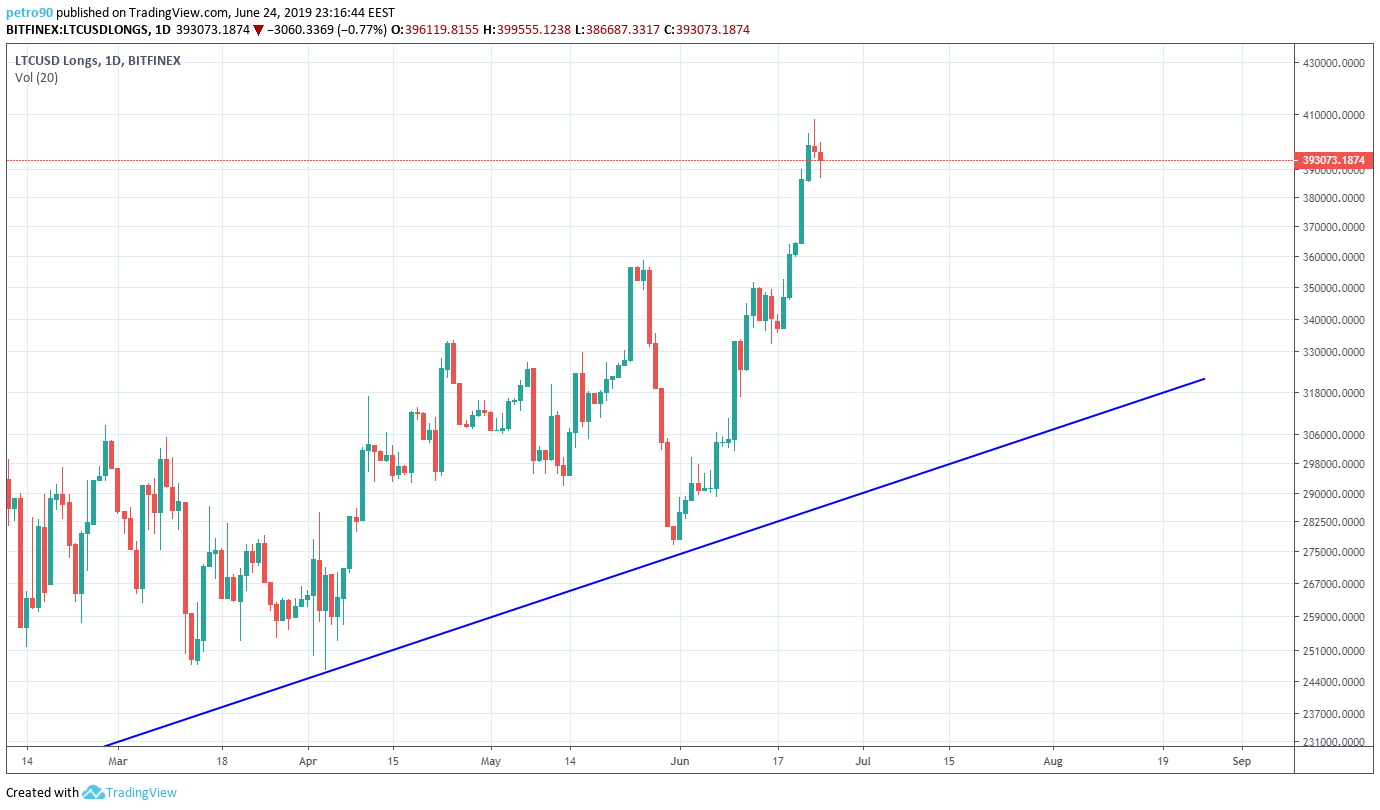 Sellers this week did not show up. One proof of this fact is the chart of their marginal positions, which clearly shows the uncertainty and passivity in the actions: 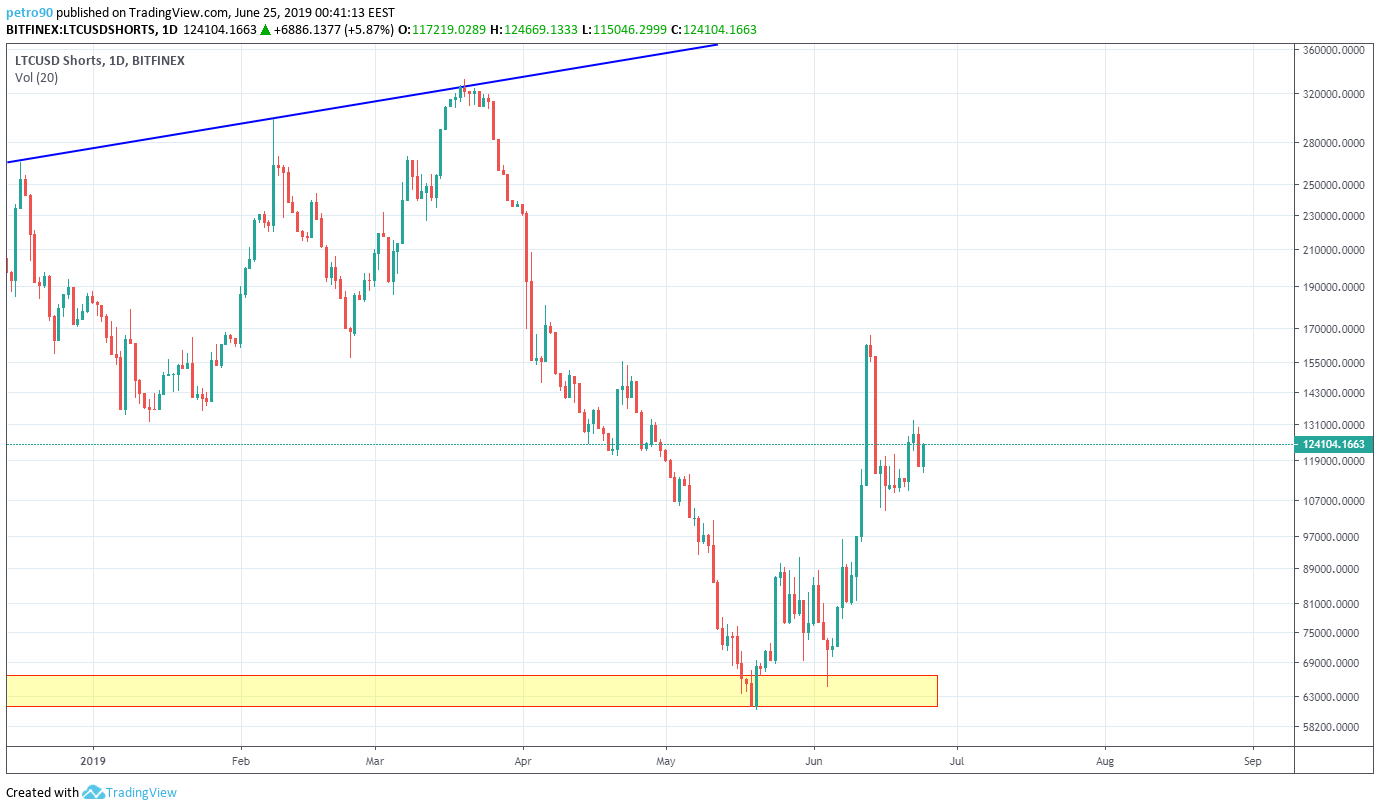 According to the Litecoin wave analysis, buyers continue to form a wave (5) and while the price is above the blue trend line and mark $128, so buyers are more likely to continue to grow. At the moment, wave 5 in length = waves 3, and if we take into account the prospect then the next probable target may be $158: 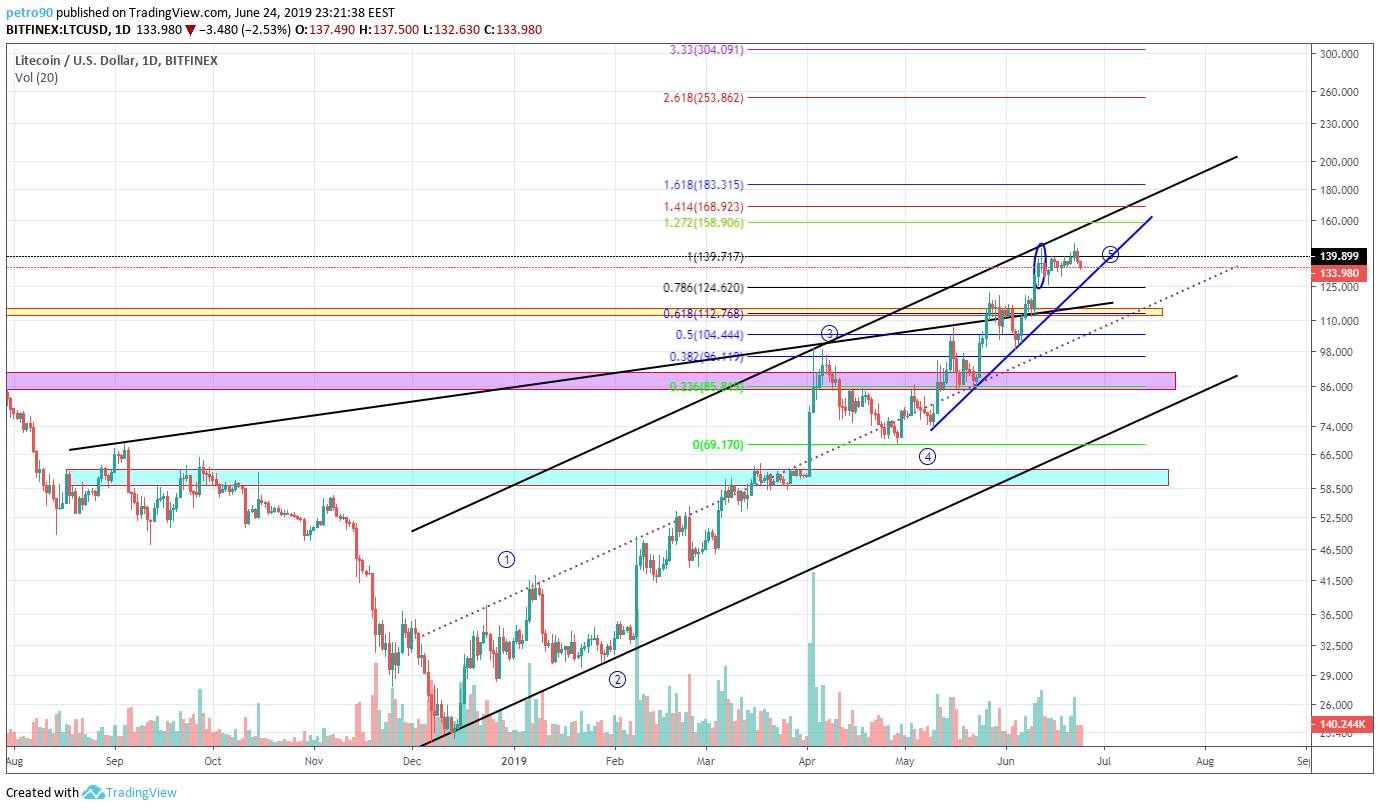 As we see, the wedge was formed between the global black trend line, drew at the high of wave (3) and the blue local trend line, and theoretically, the price could move in this wedge before the beginning of July. But when breaking through the blue trend line, the reaction of buyers in the price zone of $112-115 will be interesting to observe. On a weekly timeframe, we see that the last candle closed with a hint on a likely correction. The whole question is whether this correction will be held in a narrow consolidation within the formed wedge, or will all sellers be able to test $112-115?