This Sunday is important for Bitcoin trading, as the weekly and monthly candles are closed at the same time. So, let’s look at the global scenarios that Bitcoin can expect, but let’s start with an analysis of the price movement within a week.

At 4-hour timeframe, we see that sellers create a second attempt to go through a local liquid zone of USD 10800-11200, in which the price was within 3 days. It should not be a serious problem for sellers if they are set to correct the wave of growth that has been formed for half a year: 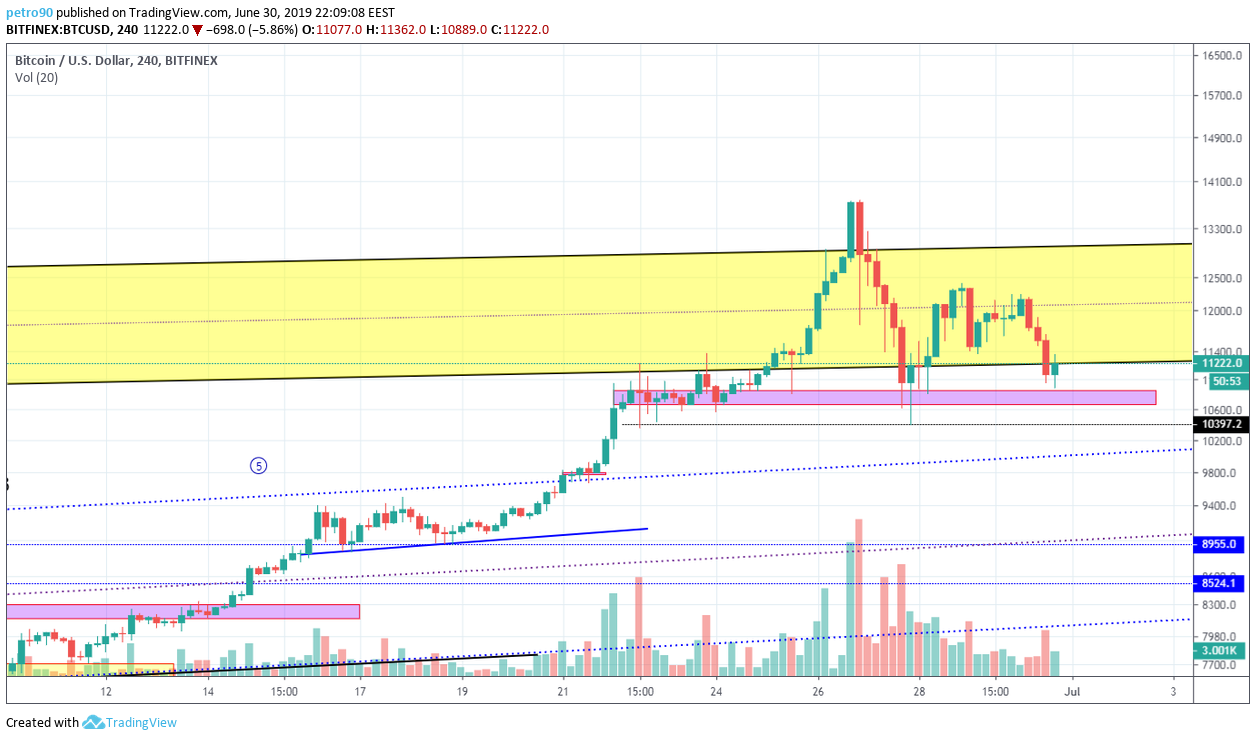 Although it is still early to analyze a weekly candle since it is not yet formed, however, now we see a big pin in the yellow price zone, which signals us about the serious resistance of sellers at the moment: 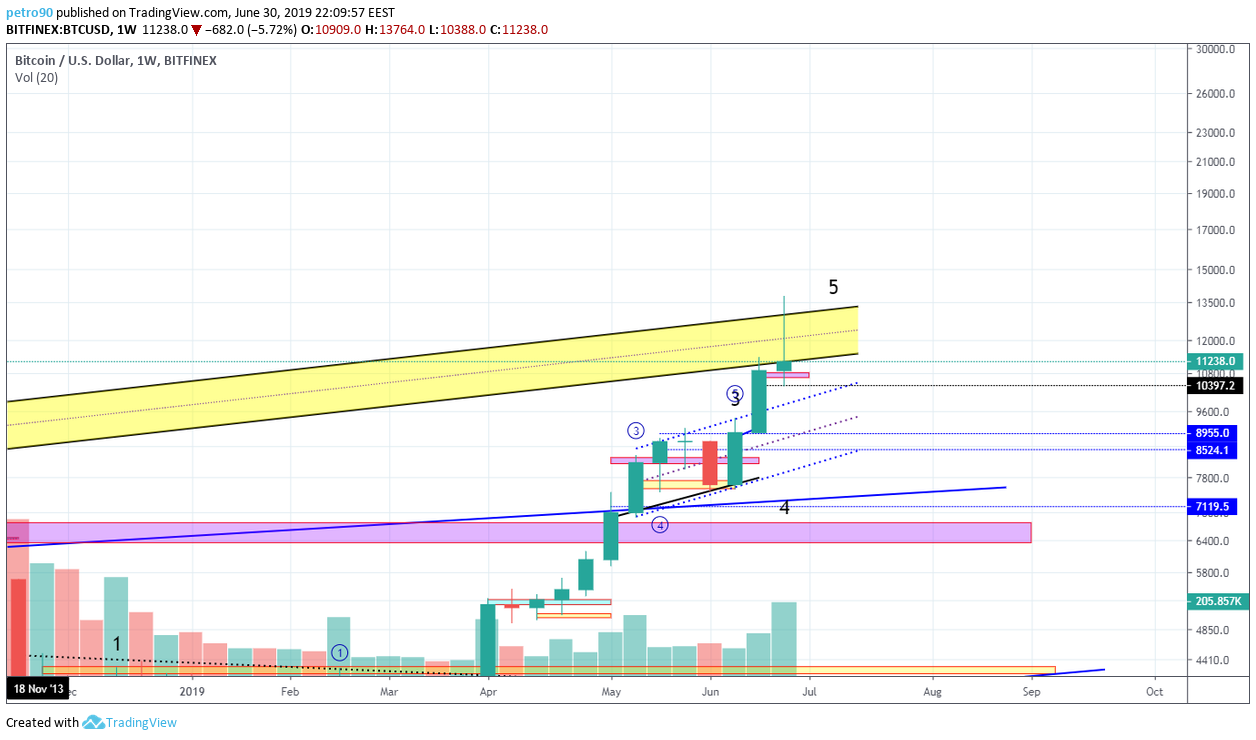 Taking into account the strong trend by this time, in our opinion buyers will try to break through the yellow price zone to continue growth and the price will stop again in consolidation. It is still the most positive scenario for buyers.

The second possible scenario is the beginning of a global correction with the ultimate target of USD 7200. The critical point in this scenario is USD 9750. After breaking this price, the probability of the second scenario will be very high.

Let’s analyze the mood of the market participants. Marginal positions of buyers move from limit to limit. During this week, the positions have been steadily decreasing, but at the end of the week, there is no panic: 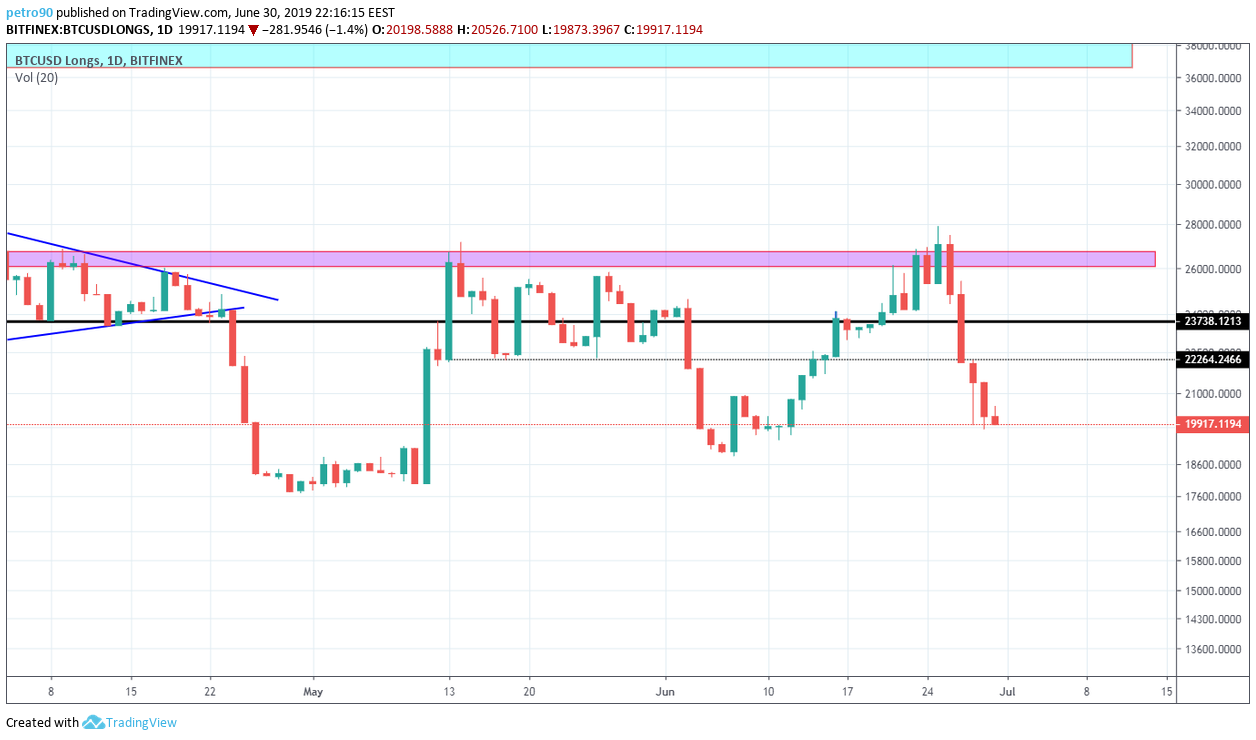 We will not comment on the chart of marginal sellers positions, because we do not understand whether it is possible to build any conclusions on such a picture: 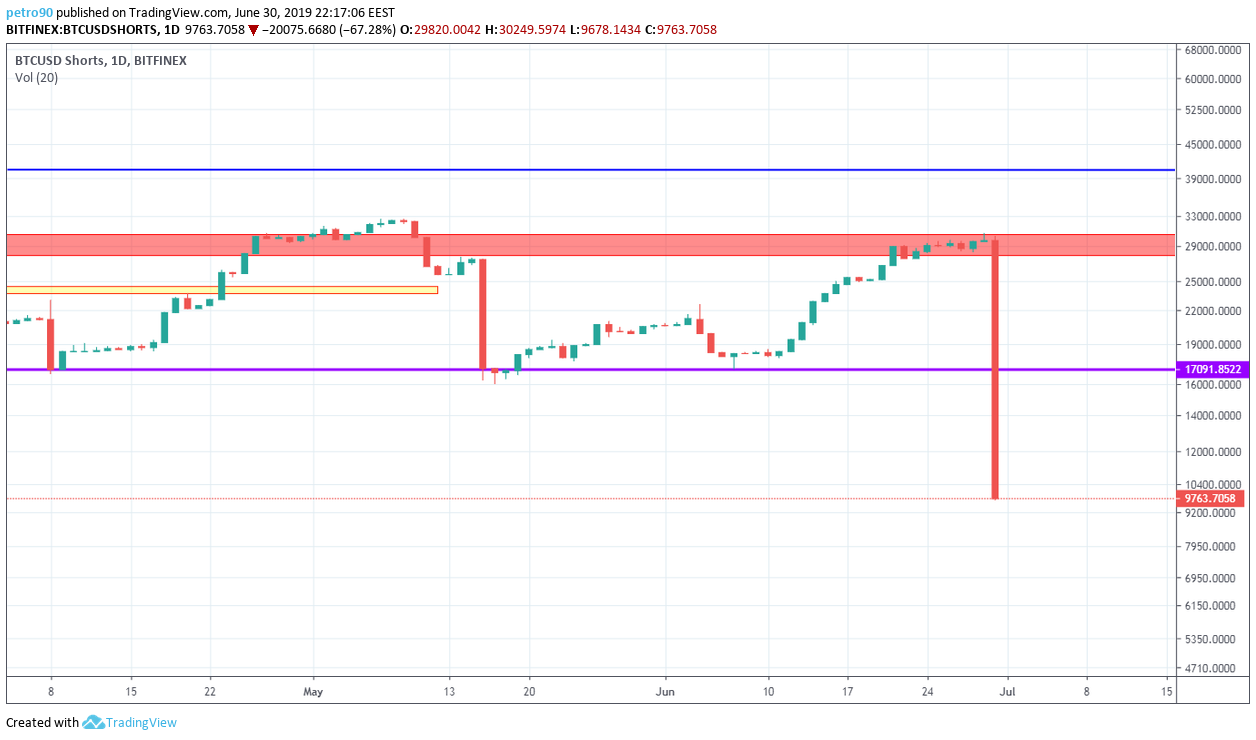 Now, it is important to understand whether wave (5) has already ended in wave analysis, or buyers will still have an attempt to grow. We conducted a price movement channel from March 2019 and we see that buyers were trying to accelerate growth, but they were not ready for it: 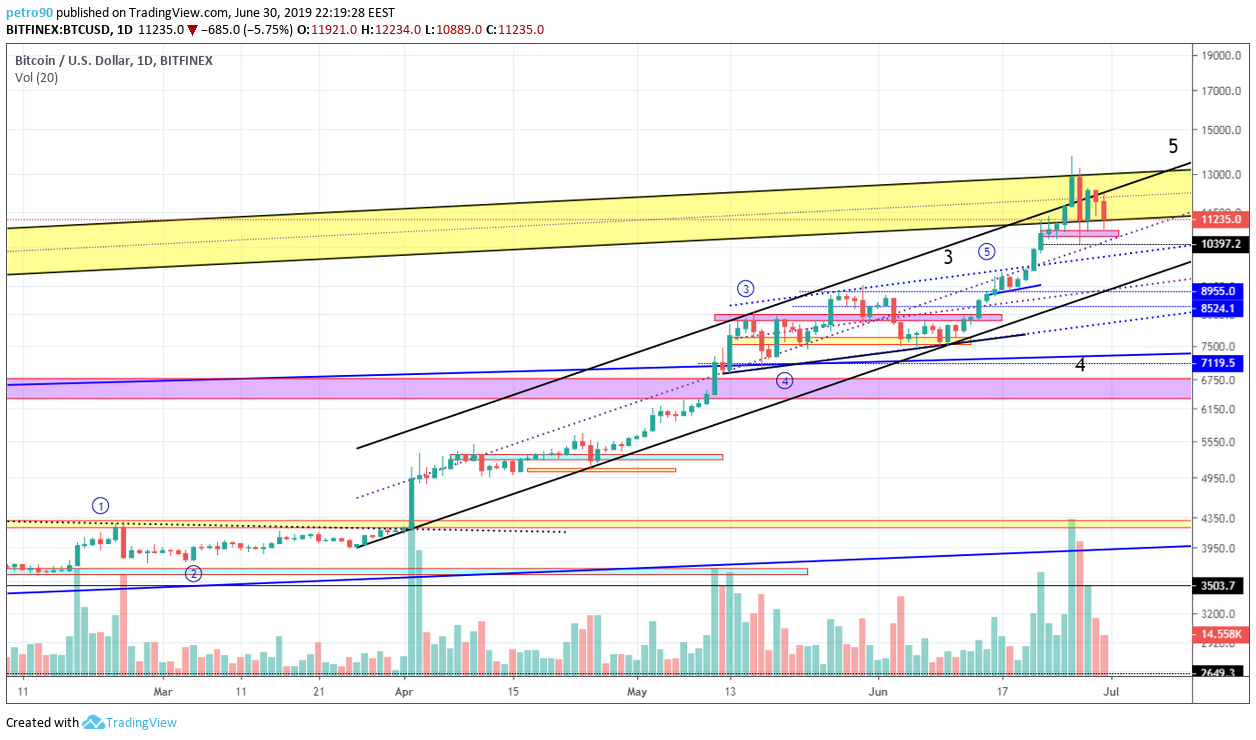 If buyers will be able to accelerate growth then the next stop at the price of USD 14370, and the end of growth in the price of USD 16100. However, this scenario is possible after the release of the price following consolidation. Taking into account long growth without correction, increased volumes with candle with a large pin and reducing the initiative from buyers are still more likely at the beginning of the correction with the first goal of USD 9750. As the new month begins, we will be able to evaluate it in the next analysis and wish you a bit of relaxation and wonderful summer days that will make you forget about the crypto market for several hours).