For a whole month, buyers have been actively fighting for the trend line, which we have been keeping since April 2018. In the past, this trend line was kept for three months and after that, the coin continued to fall to $4, so for us, the fact that buyers kept above this trend line would mean an additional signal of the strength of buyers.

However, this time, we see that buyers and sellers easily cross the trend line on both sides, indicating a clearly lower value of the trend line now. The fall began after the test of the price zone $38-42. In addition, the last local high was not as dangerous as the previous one due to this price zone. The price continues to move in its channel, and now sellers have been able to test the bottom trend line of this channel.

At 4-hour timeframe, it is evident that at increased volumes, sellers failed to break through  the global channel of price movement while they still have not enough power for a confident attack: 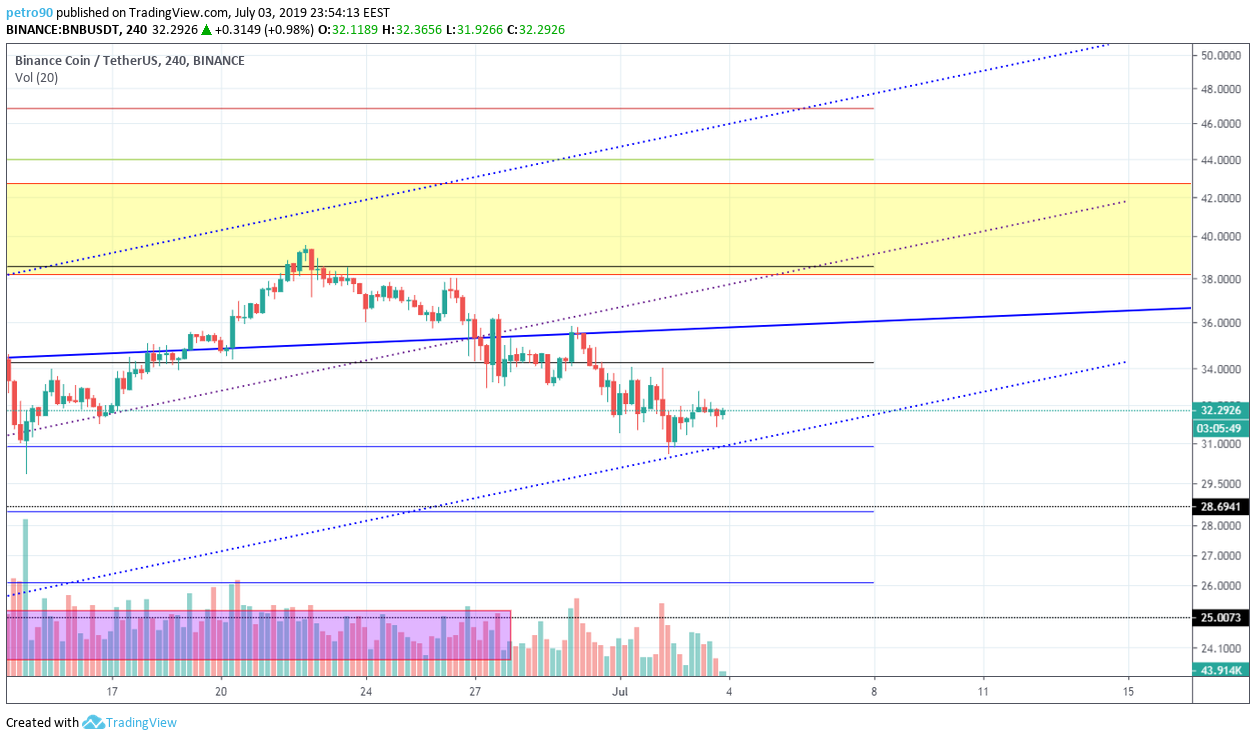 This fact is clearly visible on large pins with increased volumes, where the opening price and the closing price are practically in place.

After the last local high, the volumes of trades are noticeably decreased. If the next wave of growth will be at decreased volumes and candles will look uncertain and sluggish, it will be a signal for market preparation for correction. The critical point for buyers is the price of $30.9: 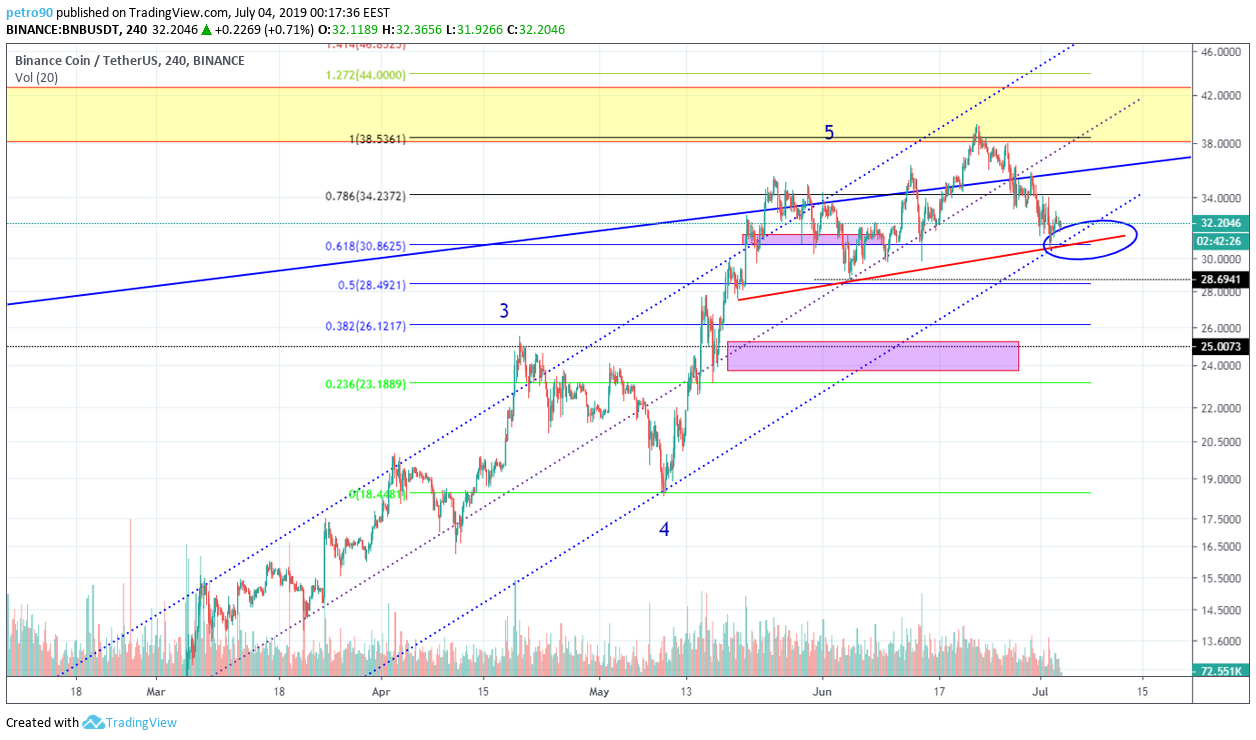 According to the wave analysis, we see that wave 5 stopped at a price of $39.7 and at the moment is equal to the wave 3. Now the price has stopped at the level of Fibonacci $0.618. If buyers fail to keep this level, it will mean a global correction with a first stop at $26 and with a future global target of $17.5: 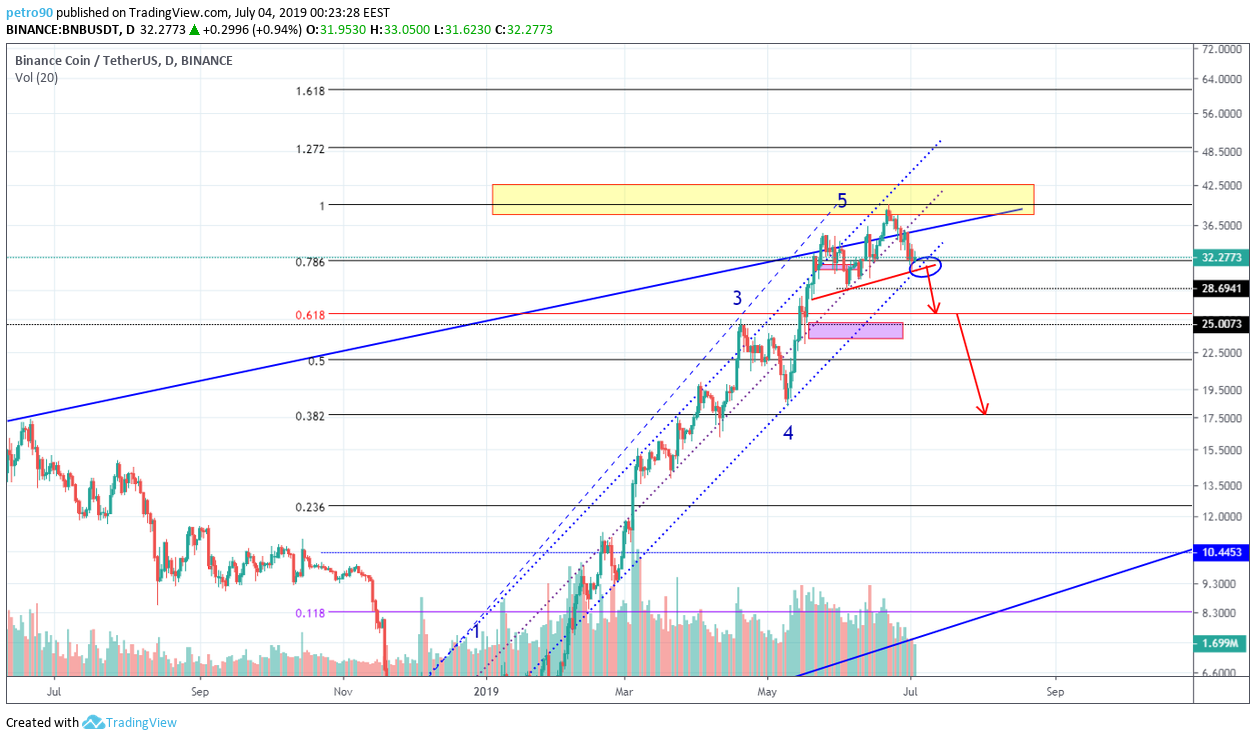 However, while the price is within the channel of the price movement, one should prefer the scenario of continuation of the movement in this channel and a new attempt to test the price zone of $38-42.

A weekly candle closed on 30 June and completely covered the body of the previous candle, thereby giving the prospect of the fall continuation: 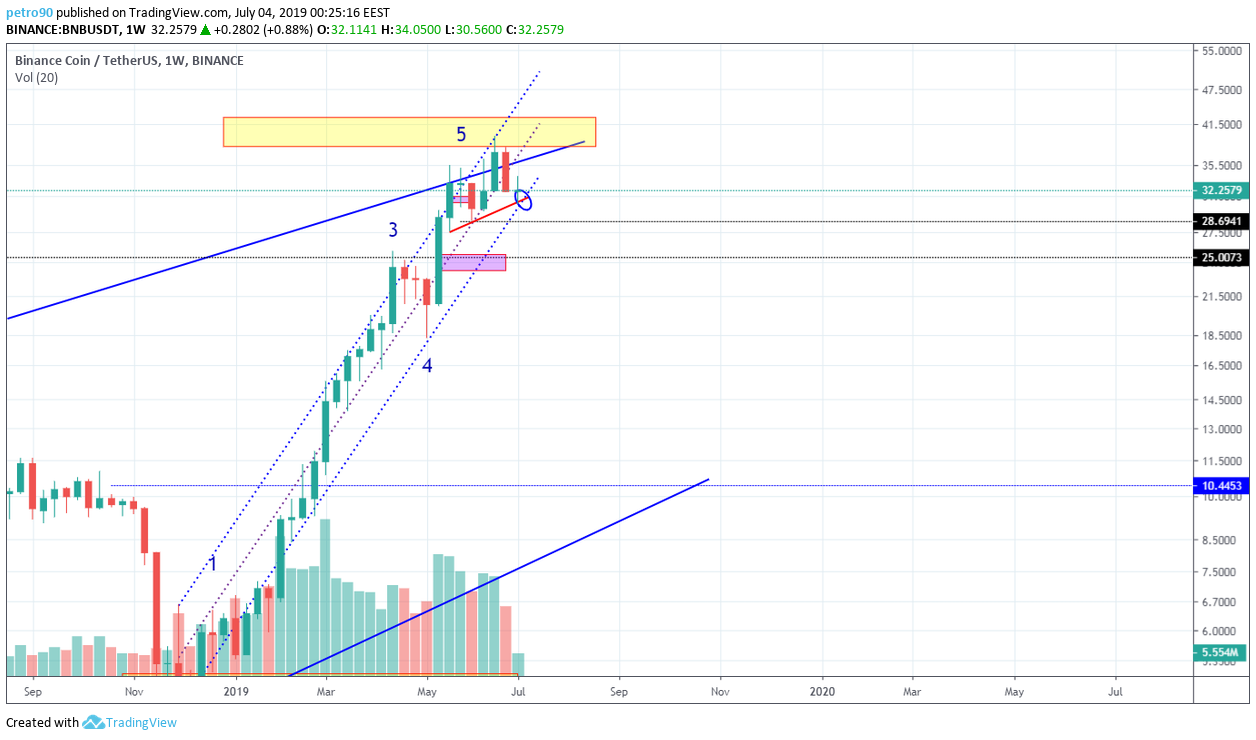 Therefore, for a more probable scenario, it’s important for us to see how aggressive, regarding volumes and candles, will be the next attack of buyers. Meanwhile, we can follow an exciting consolidation in the range of 20%, waiting for the clear signal from the market.