For the second week, sellers are trying to seize the price zone of USD 260-280. After a sharp breakdown of this price zone and a test of USD 360 on 26 June, buyers ceased to be proactive and sellers started correction. Why correction, not a new attack? In our opinion, the nature of the price movement does not resemble the aggressive attack and the willingness of sellers to revenge. These words are also confirmed by volumes of trades. After a sharp fall last week, now the activity and volumes of trading are decreasing every day. The price is traded in a wedge, which statistically breaks up: 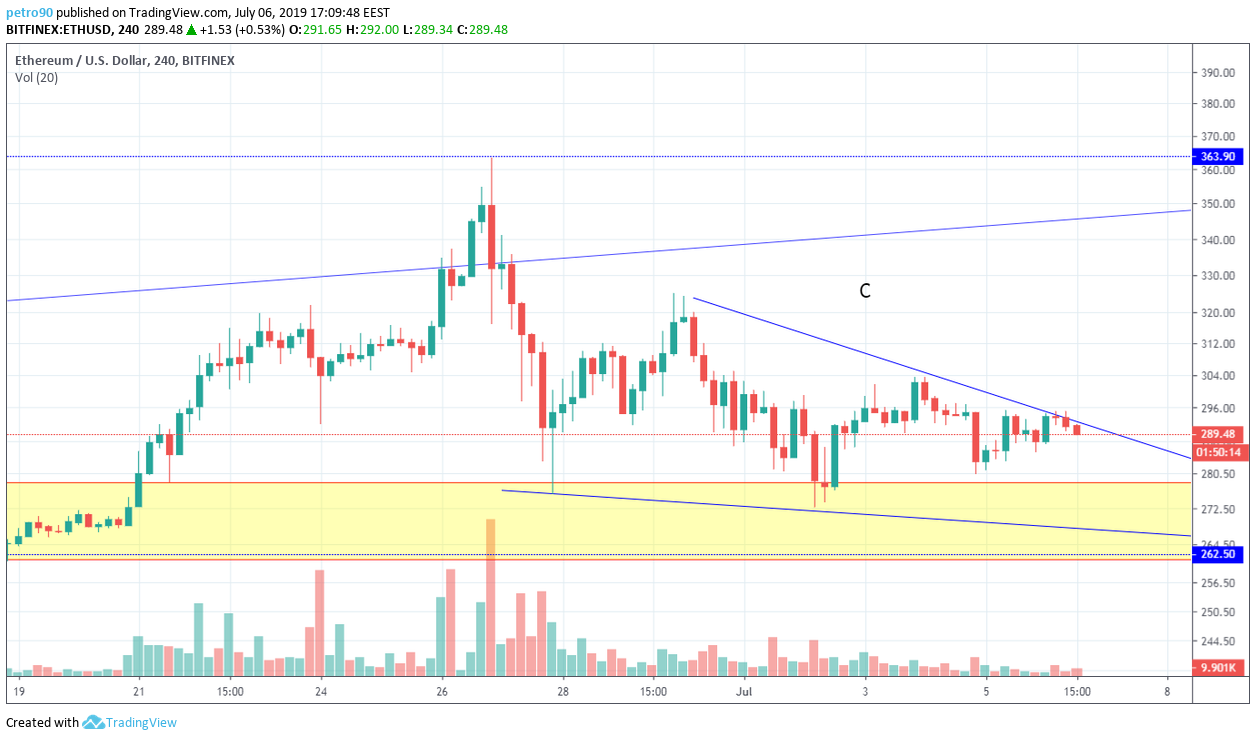 In addition, all this occurs over the price zone of USD 260-280, despite the fact that there were few attempts to break through this price zone.

Based on these facts, though the price is now near the upper trend line of the channel, sellers have not shown themselves worth and is likely to have another wave of growth.

Last week, on a weekly timeframe, recorded a false breakdown of the upper trend line, but since the current weekly candle does not look like the prospect of a continued fall, buyers will try to test USD 360 again. However, if the situation drastically changes to the side of sellers, in the market will appear volumes, then the main target of sellers (after breaking USD 260-280) will be at the price of USD 230. However, this is an alternative scenario for us at the moment.

This week marginal positions of buyers are not as decreasing as it was last week: 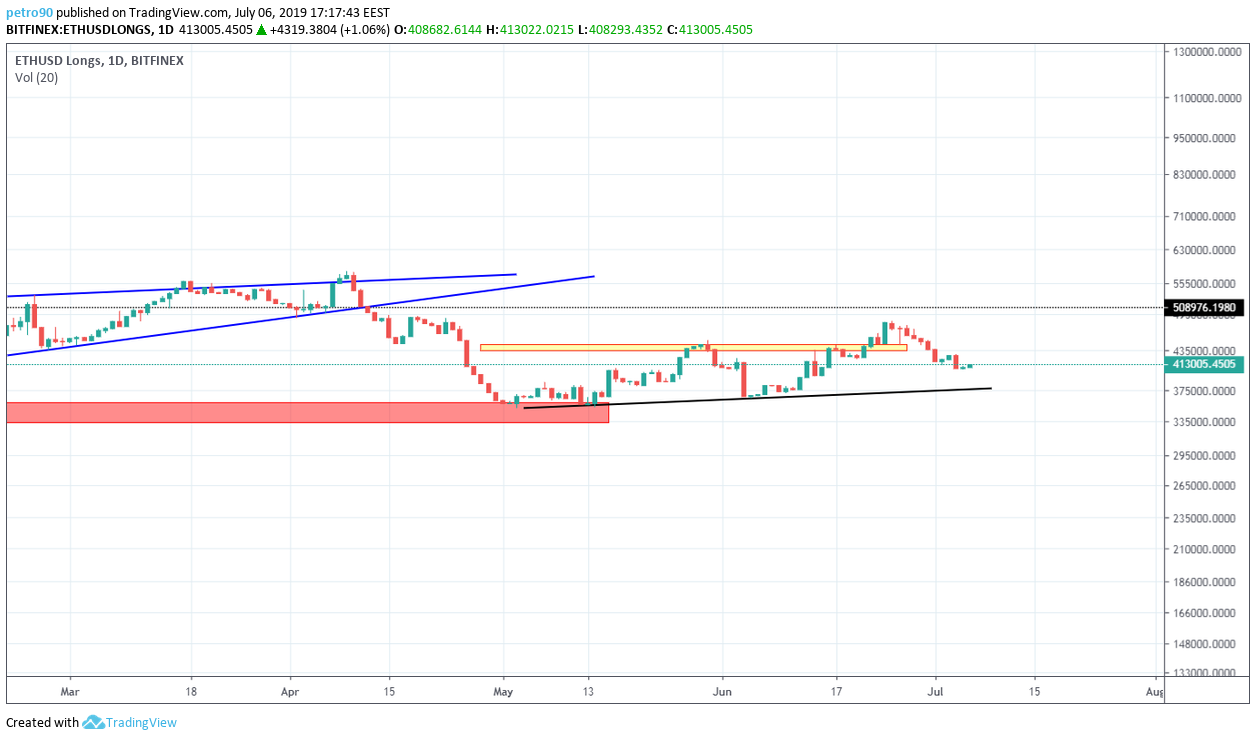 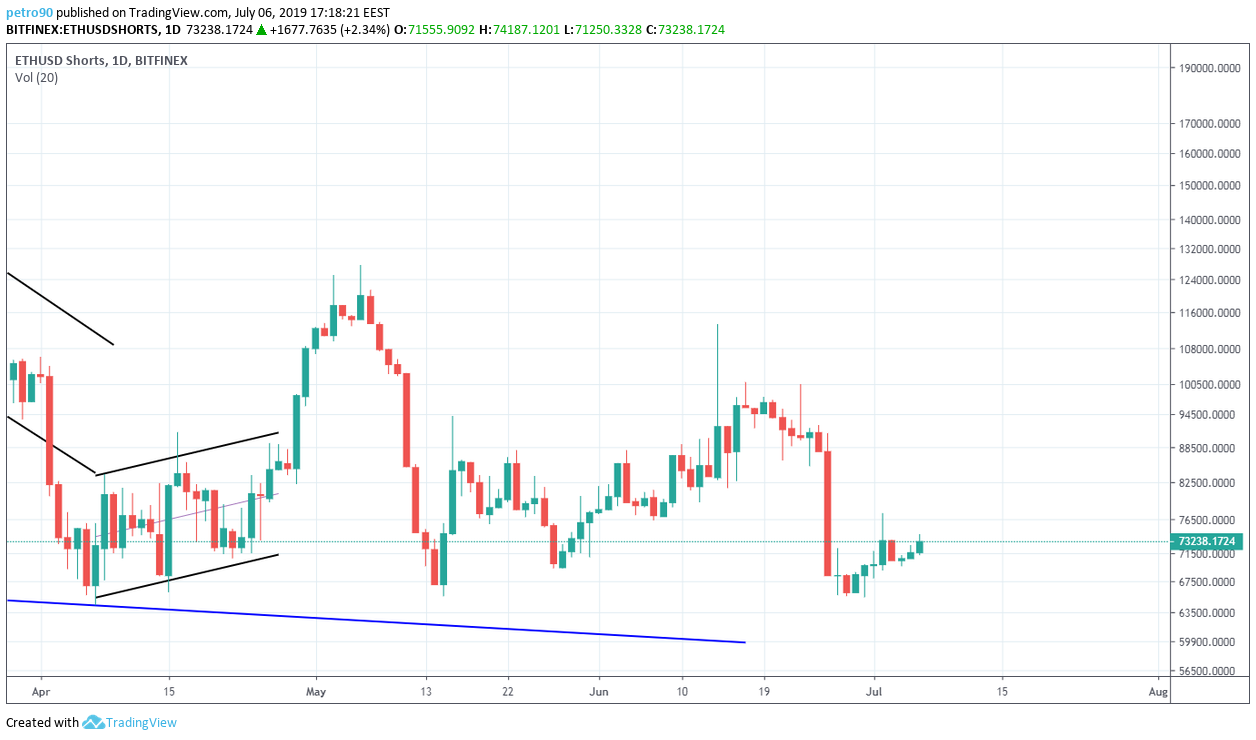 According to the wave analysis, buyers have not been able to fix above the price of USD 315. Therefore, it is not yet clear whether the growth from the beginning of the year is a correction after the fall of January 2018 or the start of a new growth wave. We are currently considering this growth as a correction, but after fixing a price above USD 315, we adjust our vision. If you look at a smaller timeframe, we can observe that the current fall consists of several waves: 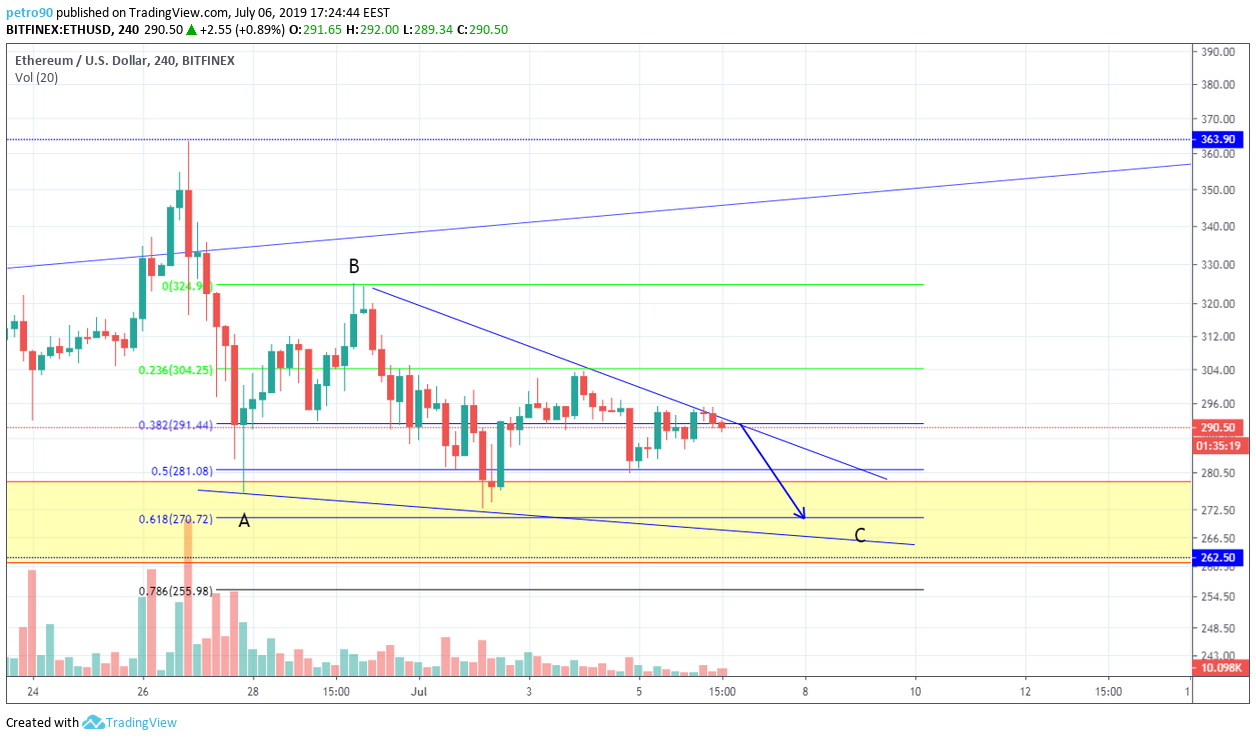 After the sharp wave (A) and the correction wave (B), a wave (C) began, which in its essence should be even more aggressive than the wave (A), but in this case, this wave in the form of a wedge, which often signals the completion of the movement. So at this point, if the price continues to move inside the wedge, then the next target is USD 270.

Therefore, while the price range is constantly narrowing in the wedge to make a decision, we recommend to wait for the breakthrough of USD 270 or USD 315.