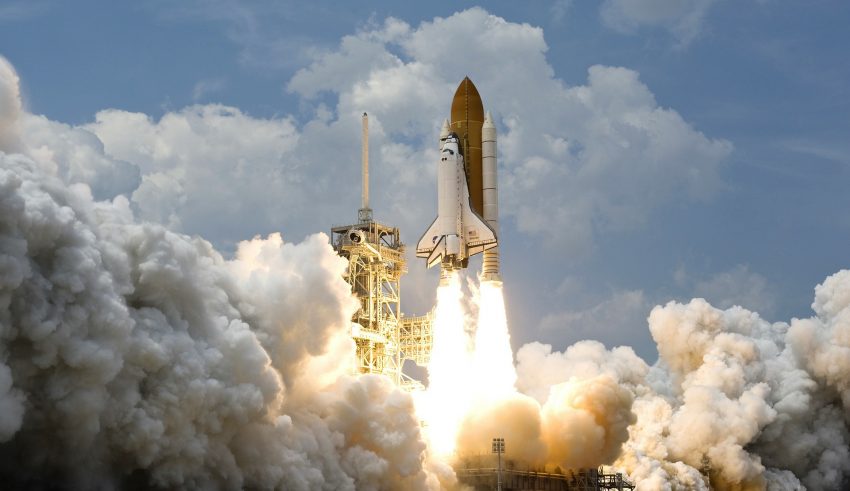 For decades now, space exploration has been on a persistent rise. Since the very survival and sustainability of human life is contingent and dependent upon the extent of space exploration, many governmental and non-governmental entities have begun to launch missiles and send spaceships to outer space.

However, a major obstacle in the field of space exploration is the presence of space debris, which essentially are small chunks and pieces of destroyed missiles. If these chunks come in contact with any missile or spacecraft, there can be dangerous collisions, which can give rise to more space debris. This effect is known as Kessler’s syndrome. There are more than 500,000 pieces of space debris that are traceable, or that are of sizes bigger than a marble, and there are millions more that are too small to be tracked. These pieces inflict grave harm on the satellites and spacecraft components. Needless to say, there is a direct impact on the cost of operation and the resources required to restore the services.

With an objective to track air traffic and address the safety concerns pertaining to the unmanned aircraft vessels, a proposal was pushed for mandatory integration of Automatic Dependent Surveillance-Broadcast  (ADS-B) in all manned and unmanned aircrafts by 2020. However, the adoption of ADS-B, although recommended by the FAA mandate, has recognizable and significant flaws such as being prone to third-party spoofs such as the delusive misplacement of aircrafts. Not surprisingly, it is often argued that this model of ADS-B lacks a strong security system with risk factors deep-seated in the prototype which have furthered the adoption complications.

Understanding the gravity of the situation, NASA (National Aeronautics Space Administration) has worked towards the integration of blockchain technology in the spaceships which will enable them to detect the chunks of debris without the requirement of human intervention. According to a paper published on NASA’s official website, crypto tokens could be embedded in the ADS-B systems to authenticate transmission thereby assisting in combating the issue of malicious spoofing. Subsequently, this will open the way for the scientists to use their time in more productive pursuits, creating an opportunity for more advanced space exploration by NASA vessels and to meet the challenges portrayed by the ADS-B system.

Thomas Kacpura, Advanced Communications Program manager at the agency’s Glenn Research Center, said that the objective of integration of the blockchain technology would be to enhance the ground and space-based communication assets thereby furthering the concept of space communication navigation. In addition, researchers also believe that cryptography can be used to address the problem of third-party spoofing and other security concerns.

The Aviation Blockchain infrastructure (ABI) is based on the premise that there are certain kinds of data which can be shared publicly or among all participants, while some can be shared only to certain entities under certain conditions. For example, a military entity need not share their information to non-military based entities, while simultaneously managing air traffic. Another example would be that a private business or corporate space firm would not want to share its information with its competitors, but would want to keep their aviation operating services in the loop.

The engineering prototype of the system implements Hyperledger Fabric with enterprise transactions paralleled to air traffic management. This Hyperledger Fabric also provides ‘private services’ which allows the private and secure flow of communication between aircraft and any other authorized member in accordance with the smart contracts. The blockchain technology allows secure, private and anonymous means of communication while simultaneously enhancing its efficiency. Hyperledger Fabric comes with many features such as decentralized implementation, permissioned membership, and private channels and contracts which make it more versatile and efficient for enterprise transactions which manage air traffic. It also allows revocation of enrollment certificates.

The flow of information from a channel’s member nodes in a confidential manner coexists with the restricted members on the same blockchain. A channel must approve each member peers association to the channel and only then will it get information from the channel’s nodes. Client requests are routed to a specified channel to run a smart contract that is deployed on that channel. The results are endorsed and verified, and then updated in that channel’s ledger.

NASA recognized the potential of PKI to distribute symmetrical keys and allow for efficient encryption and decryption of ADS-B messages. The PKI infrastructure on the Hyperledger Fabric platform keeps a check on identity management for aircraft operators who acquire PKI-supplied synchronous cipher. The key allows for the transmission of ADS-B data to Air Traffic and other services. The ADS-B data is received and authenticated by participants who share knowledge of the key.

However, the researchers found difficulty in implementing the PKI framework for utilization in aircrafts. The paper stated that Blockchain Enterprise could be a practical PKI for implementation.

Realising the importance of decentralized protocols, researchers at NASA formulated the ‘Resilient Networking and Computing Paradigm’ (RNCP) which would facilitate unmediated transactions through ‘smart’ or ‘self – executing’ contracts. Integration of this technology would help in overcoming the security issues and vulnerabilities in ADS-B systems while simultaneously meeting or exceeding the privacy and security standard of Radar-based systems.

“This project intends to develop a resilient networking and computing paradigm (RNCP) that consists of two essential parts: (1) a secure and decentralized computing infrastructure and (2) a data-driven cognitive networking management architecture. Furthermore, we will evaluate the performance of our proposed RNCP in various space communication environments.”

In 2017, NASA awarded a USD 330,000 Early Career Faculty grant to support the development of a blockchain-based spacecraft system. As opposed to the traditional projects, Blockchain has come a long way to revolutionize space travel and communication as it paves the way into the future of space exploration. The integration of the Ethereum Blockchain Technology has been observed as a contribution to the “next-generation space network”.

Dr. Jin Wei Kocsis, assistant professor of electrical and computer engineering at the University of Akron (UA) and the recipient of a USD 330,000 grant from NASA said,

“In this project, the Ethereum blockchain technology will be exploited to develop a decentralized, secure, and cognitive networking and computing infrastructure for deep space exploration. The blockchain consensus protocols will be further explored to improve the resilience of the infrastructure. I hope to develop technology that can recognize environmental threats and avoid them, as well as complete a number of tasks automatically”

The exact details and implementations of Wei’s research still remain unclear, but the benefits they provide open the gates to many dimensions of space explorations, data gathering, and innovations which we thought would never have been possible otherwise.

The post Resistance is Futile as NASA Explores Potential of Blockchain in Space appeared first on BitcoinNews.com.