After the price attempt to exit the yellow zone on 9 July, sellers felt the weakness of buyers and decided to take advantage of the situation. In the previous analysis, we wrote about the final price of $13,100, after which there was a high probability of falling with the first target of $11,800.

Sellers managed to lower the price by 7% in 4 hours and dispel the efforts of buyers who fought for these 7% for 16 hours. Now the price has not fallen beyond the yellow price zone. If we analyze how sharply and without correction sellers lowered the price from one limit to the other, we can assume that we should expect the continuation of consolidation in the yellow price zone for some time.

If we analyze the daily timeframe, we see that buyers are trying to redeem the attacks of sellers, forming pins. So far, Bitcoin buyers believe in the continuation of growth. If we draw a trend line along the last two local highs, then one can construct a falling channel in which the price stopped exactly within the channel: 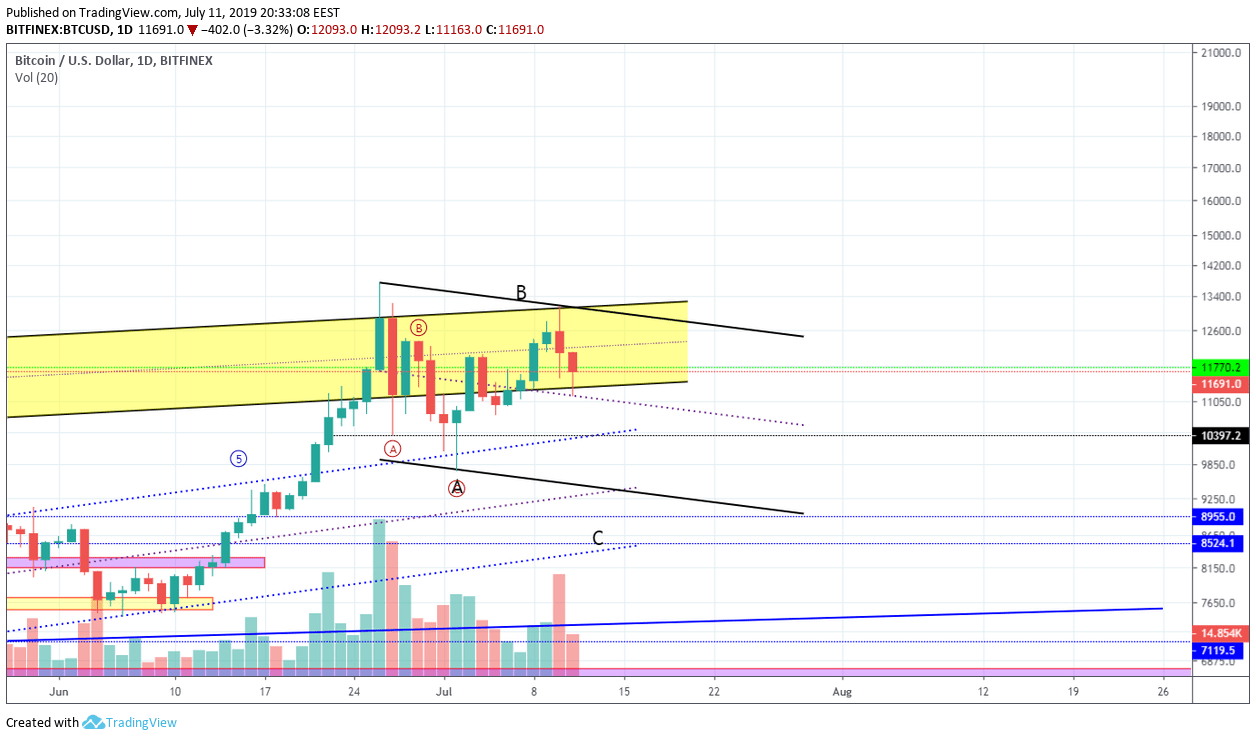 Therefore, at this moment, the likely final target of falling is near the price mark of $9,400.

Buyers, surprisingly, feel great during such a sharp fall. It is evidenced by their marginal positions, which have been actively increasing: 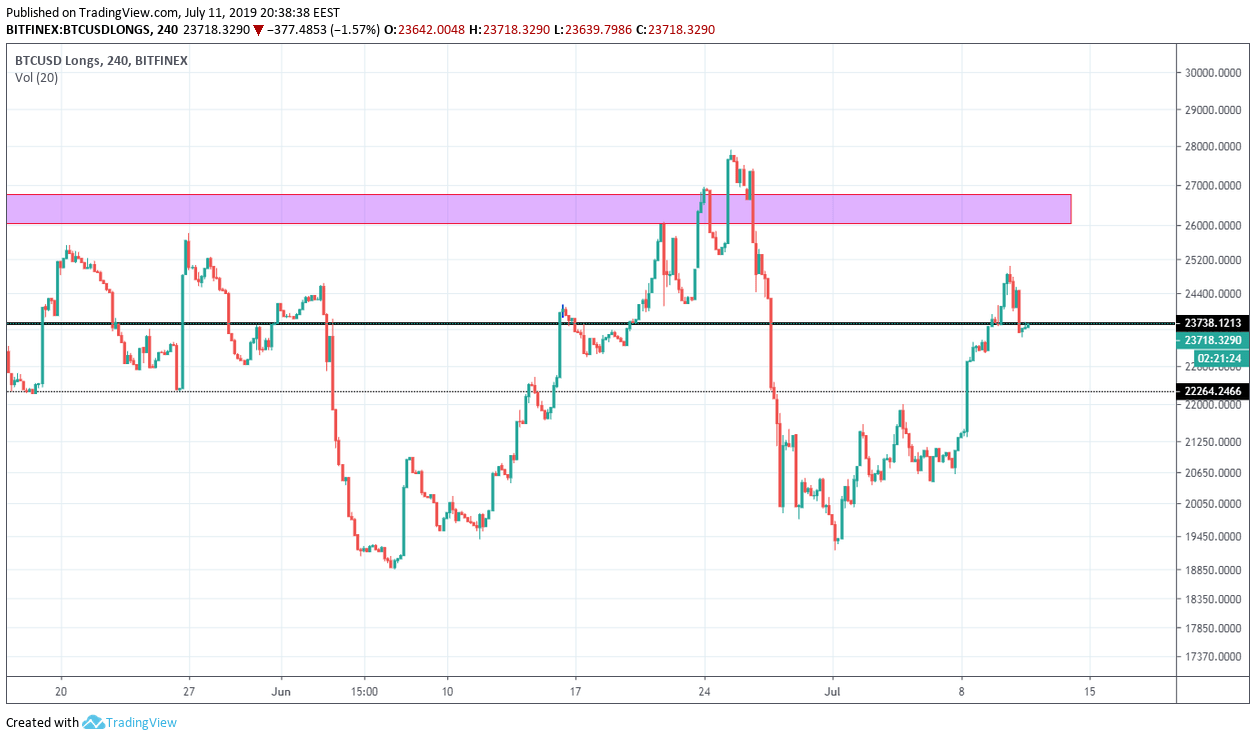 Today, sellers sharply and, we would even say, abnormally closed their positions: 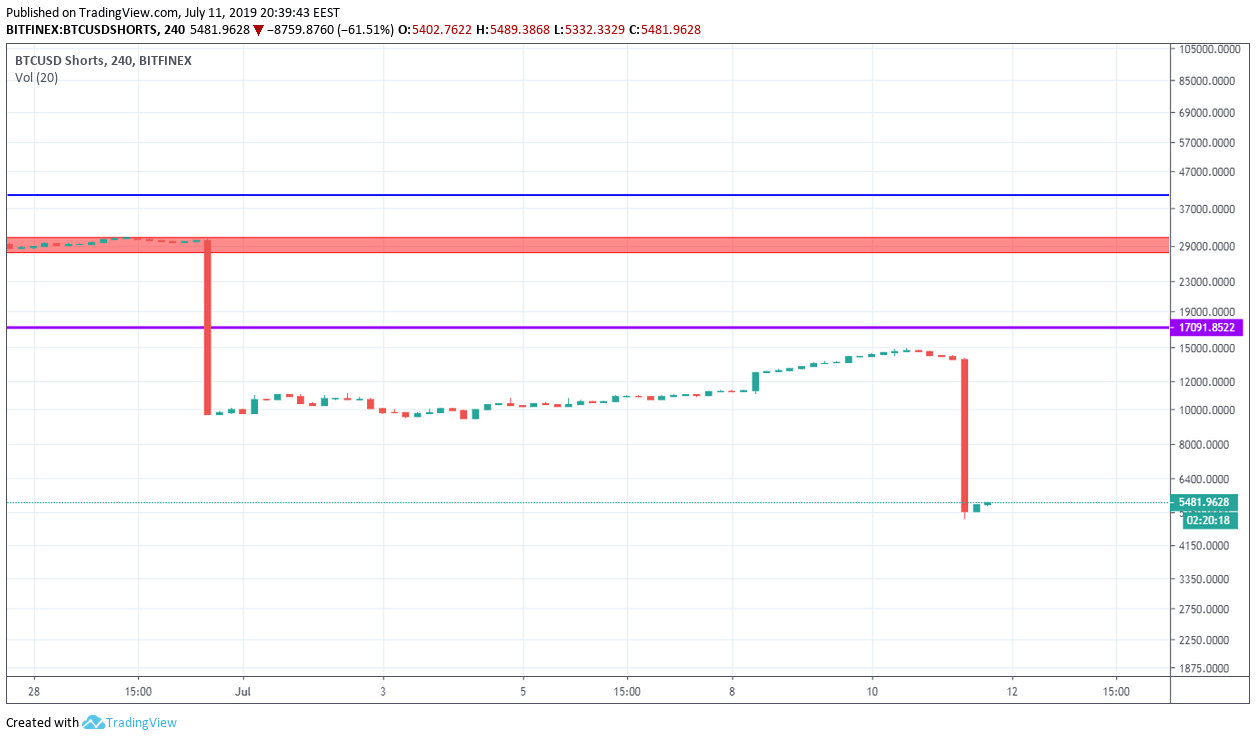 We can interpret it as fixing profit. But it is strange that during the closing of such a number of seller marginal positions, Bitcoin chart does not show abnormal growth.

On the wave analysis, the wave (B) finished its formation. And this wave consists of two waves of growth, which are identical in length. The wave(C) has now begun to form. 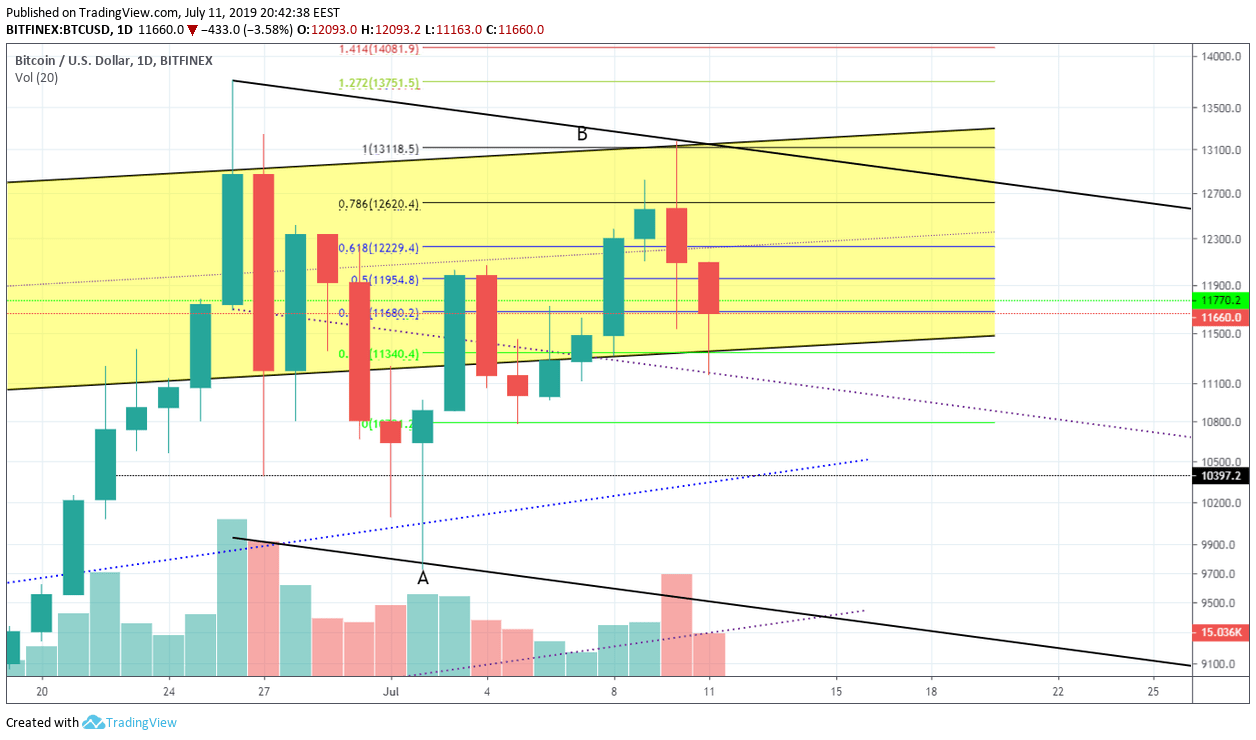 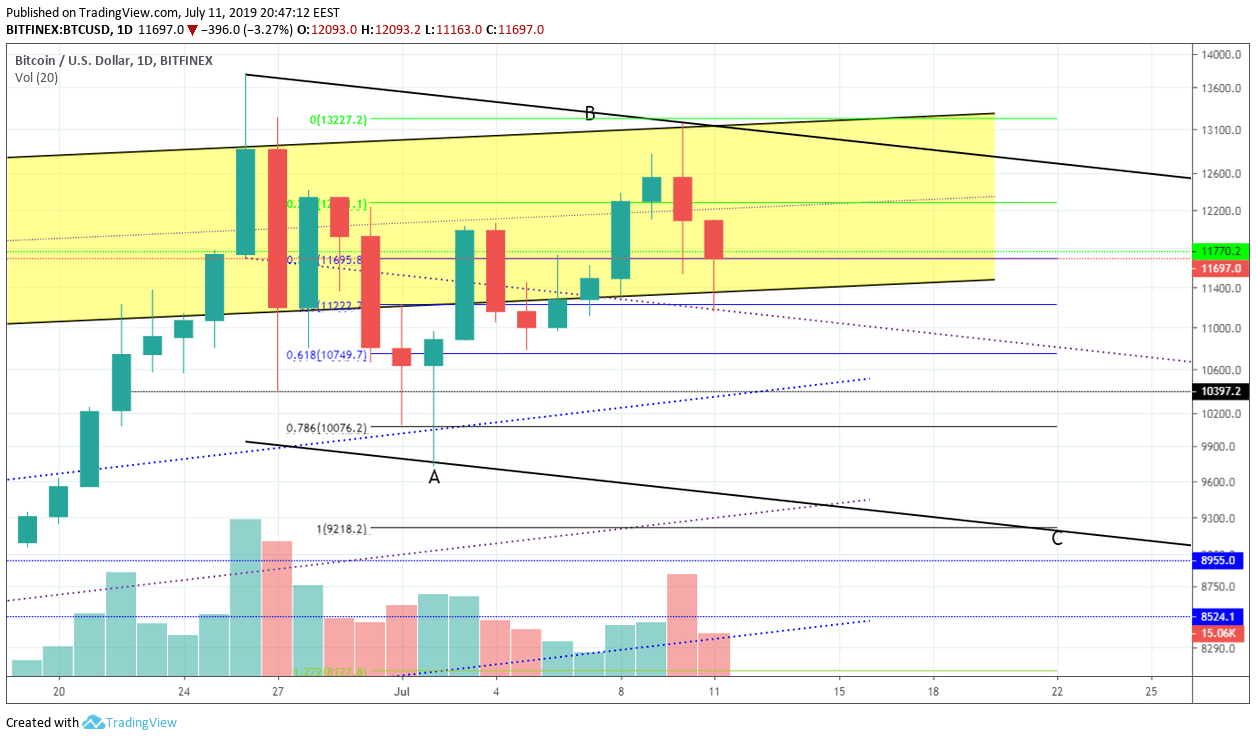 However, these targets will become relevant after the price exit from the yellow price zone. We are looking forward to the end of this week and the formation of a weekly candle. Because we think that then we will be able to help select the most likely scenario of the price movement. Let’s meet on the weekly Bitcoin analysis on Sunday!