When the situation from an aggressive condition passes into the uncertain one, it is important to remember from whose initiative everything began and whether there is real opposition to this initiative. Today, we will talk about XRP and, above all, the breakthrough of the local consolidation triangle, in which the price has been moving since 15 May 2019.

In the previous analysis, the price was at the critical point and sellers managed to break through the lower trend line of the triangle. However, the attack of sellers weakened and it was noticed by the nature of the fall. In this case, XRP sellers and buyers are measured not by force, but by weakness: 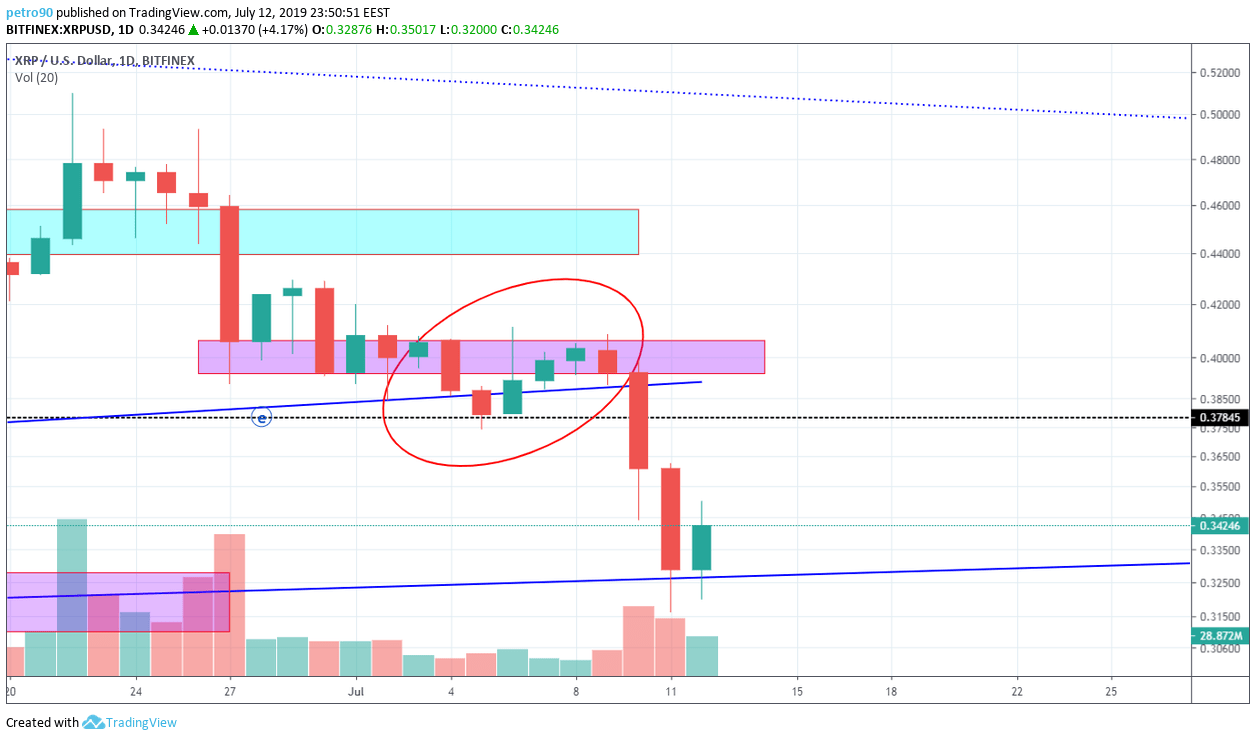 After an uncertain breakdown of the bottom trend line, buyers did not take the initiative into their hands and managed to do a lazy correction to the local price zone. The candles and volumes of trades look uncertain. Since 21 June, the market is controlled by sellers, after a clearly unsuccessful attempt, sellers continued their attack. They tested in 2 days the blue trend line which buyers keep from August 2018. Thus worked out a scenario that we wrote about in the article above. In addition, sellers have tested the liquid zone, from which began a sharp increase to USD 0.45-0.5 and if on 5 July was the local critical point, now- it is global.

The mood of buyers does not change since 24 June and buyers continue to close their positions: 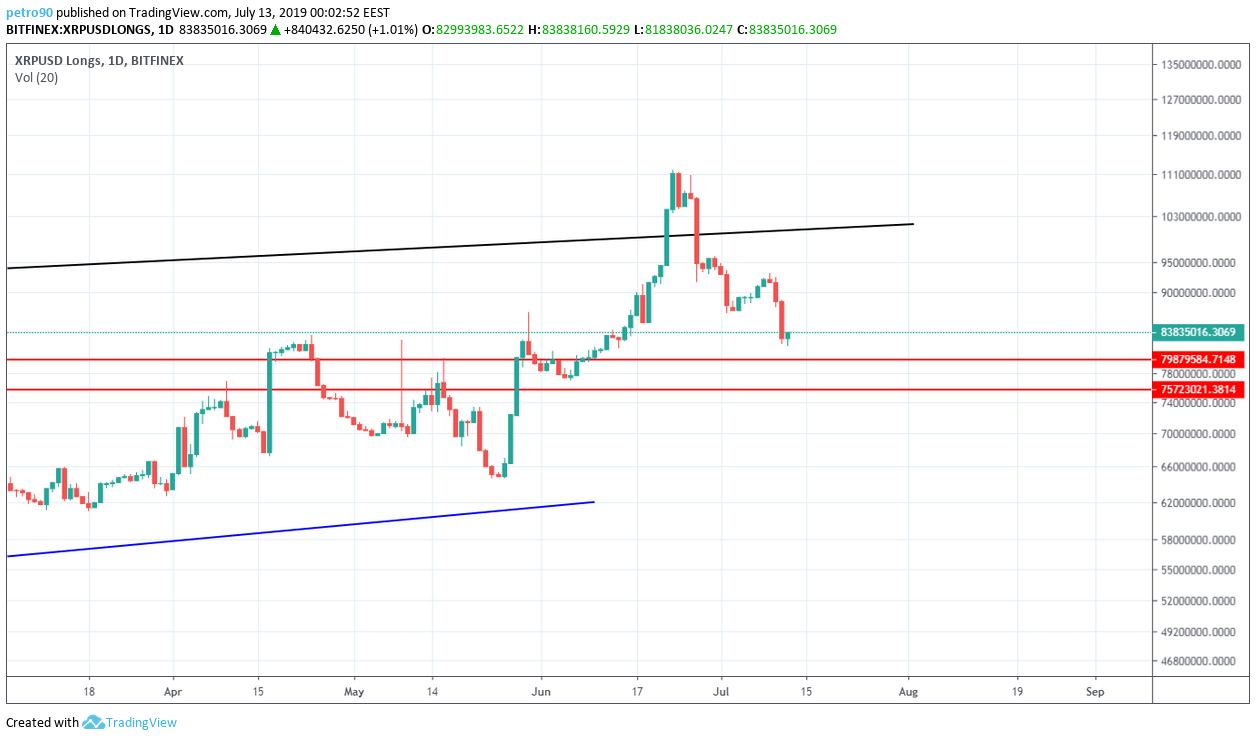 Marginal buyers’ positions are approaching a zone that they could not break through from April 2018 and we still perceive it as a test.

We cannot say that sellers are confident, but they are trying to increase their marginal positions since the beginning of July: 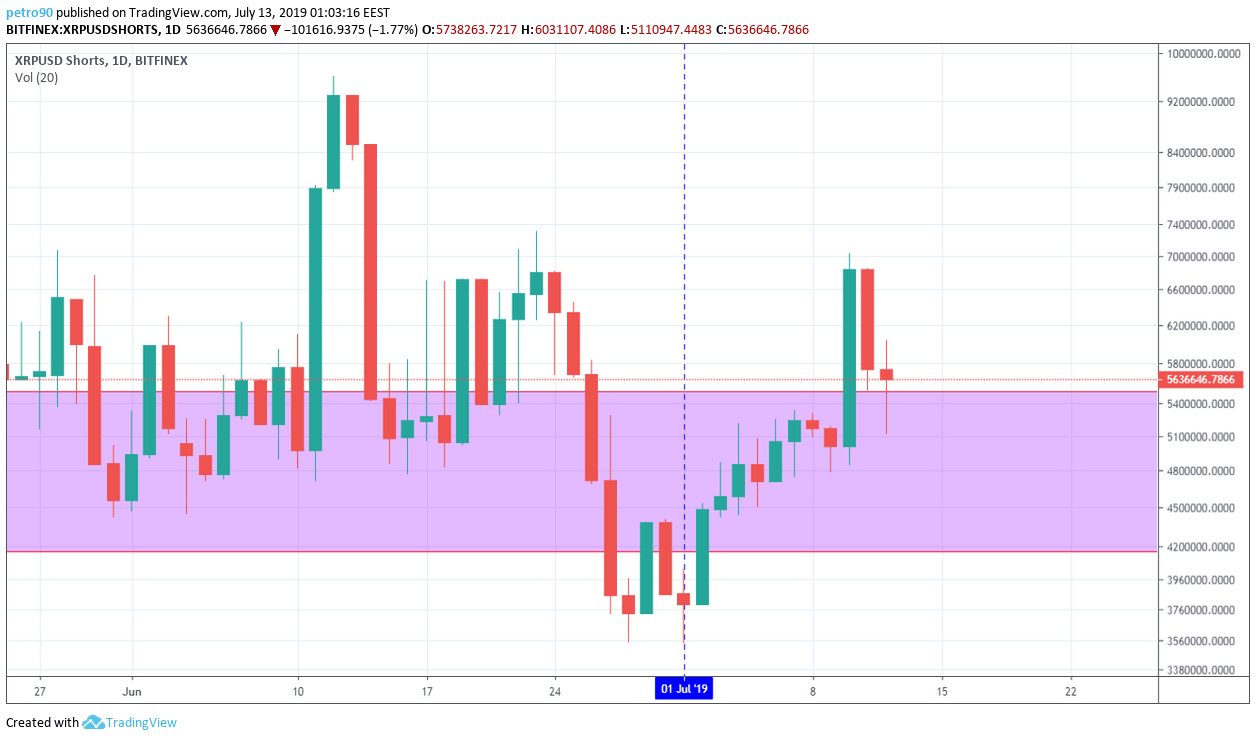 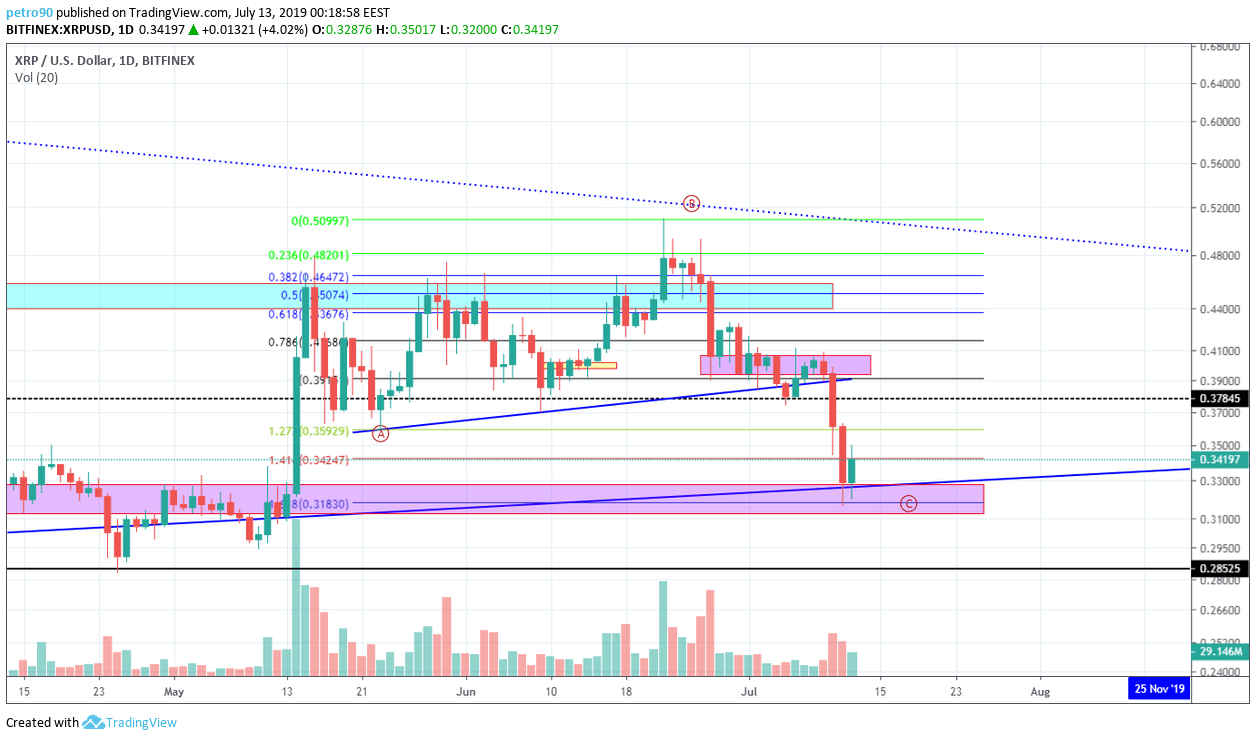 In fact, the wave (B) was a consolidation, which locally consisted of 5 smaller waves.

Globally, the situation with XRP coin has not changed. The price continues to be traded in a triangle. Therefore, we think that there is a high probability of the price movement continuation within this triangle. And after some consolidation in the price range of USD 0.318-0.33, buyers will make another attempt to break through USD 0.43-0.45. It can continue until the beginning of autumn: 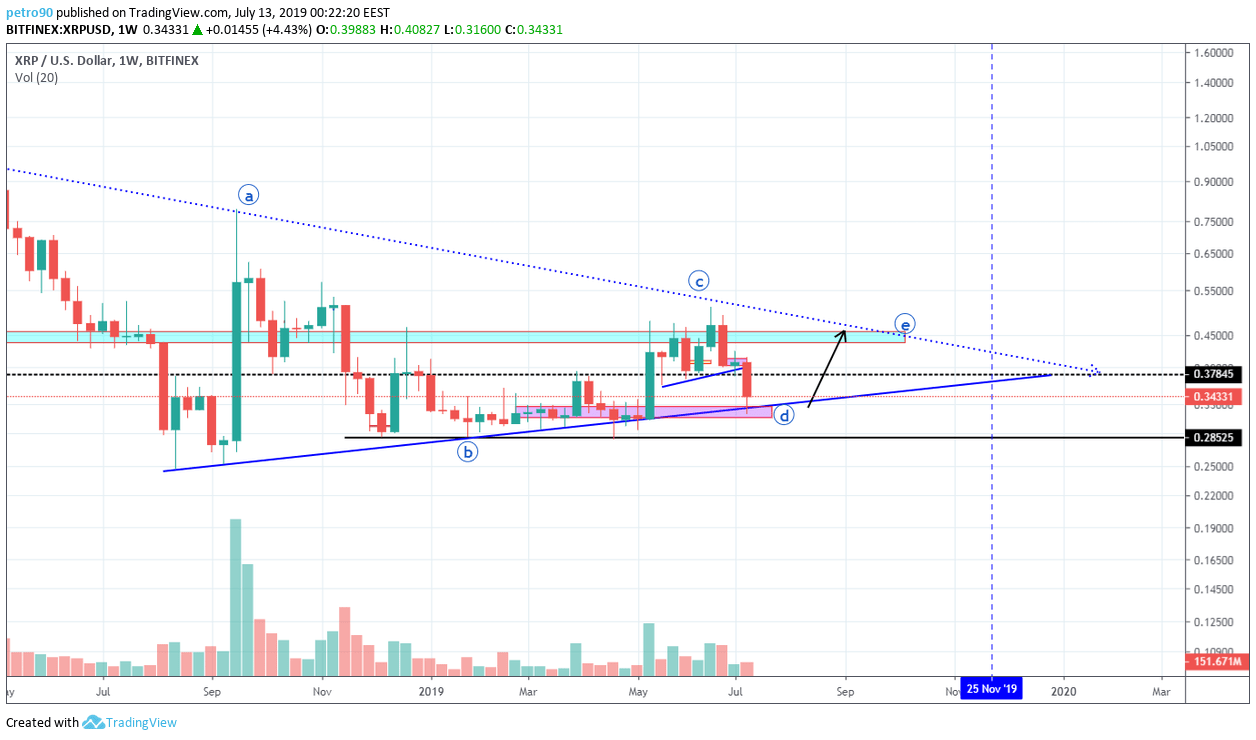 In the next analysis, we will check if buyers can test the first local problem – USD 0.377 and whether the situation with the volumes of trades will change. See you next Friday! Have a successful weekend and financial rest!