It’s time to analyze how the dynamics of the price movement from the previous weekly Bitcoin analysis has changed and whether our main scenario is working out.

After a false breakdown of $10,400, which was a local critical point that stopped seller movement to the target of $9,400, buyers decided to try a counter-attack. But despite the fact that it was happening at increased volumes, the candles did not look aggressive. Also, note how the volumes have increased in principle around the price mark of $10,400: 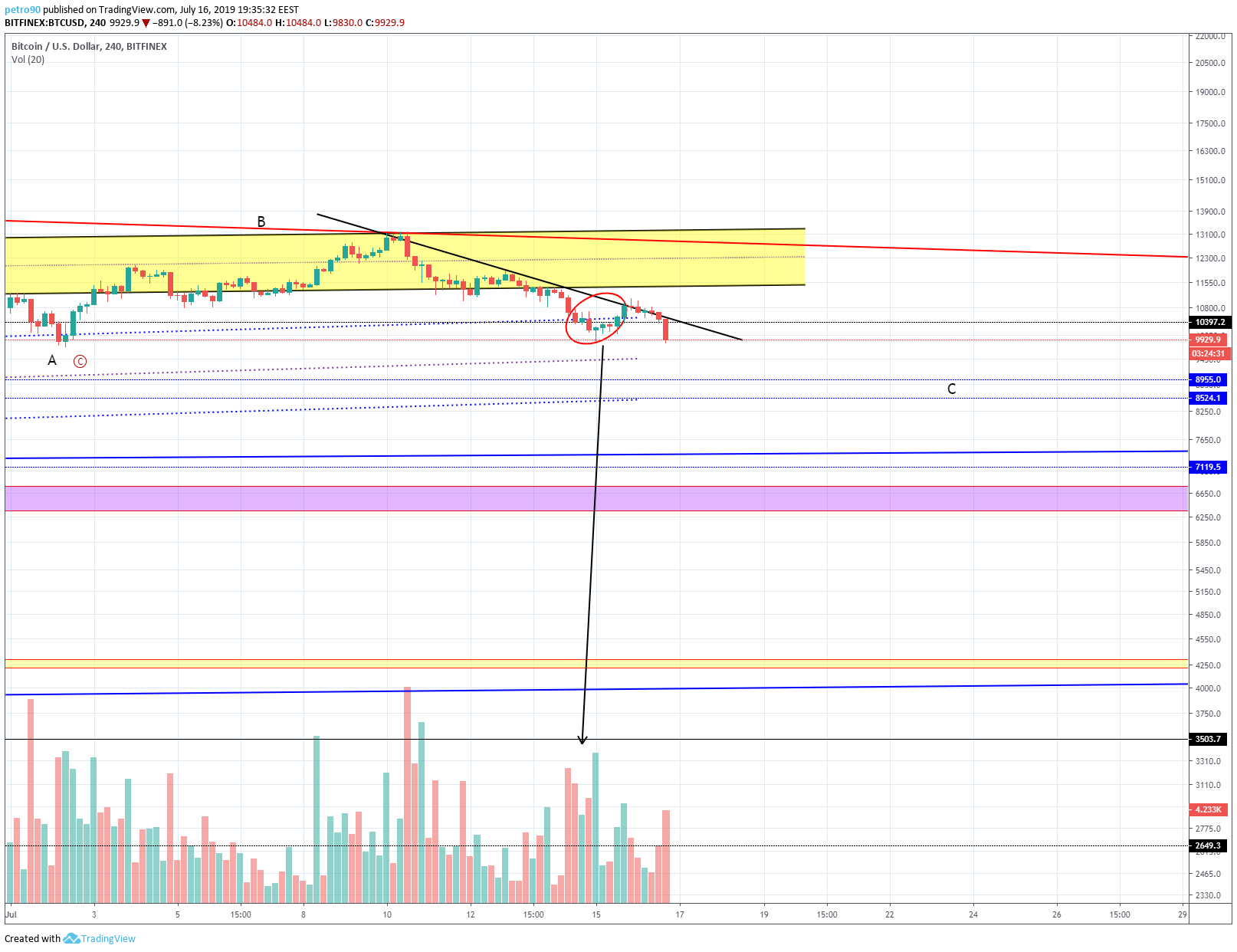 It indicates the importance of this mark and the fact that the price now speaks of the superiority of sellers.

Also, now, at a price of $10,400, we pass the local trend line. So, to change the mood in the market for buyers, to begin with, we need to fix above this price.

However, the interesting fact is that the mood of Bitcoin buyers is improving even during prices falling: 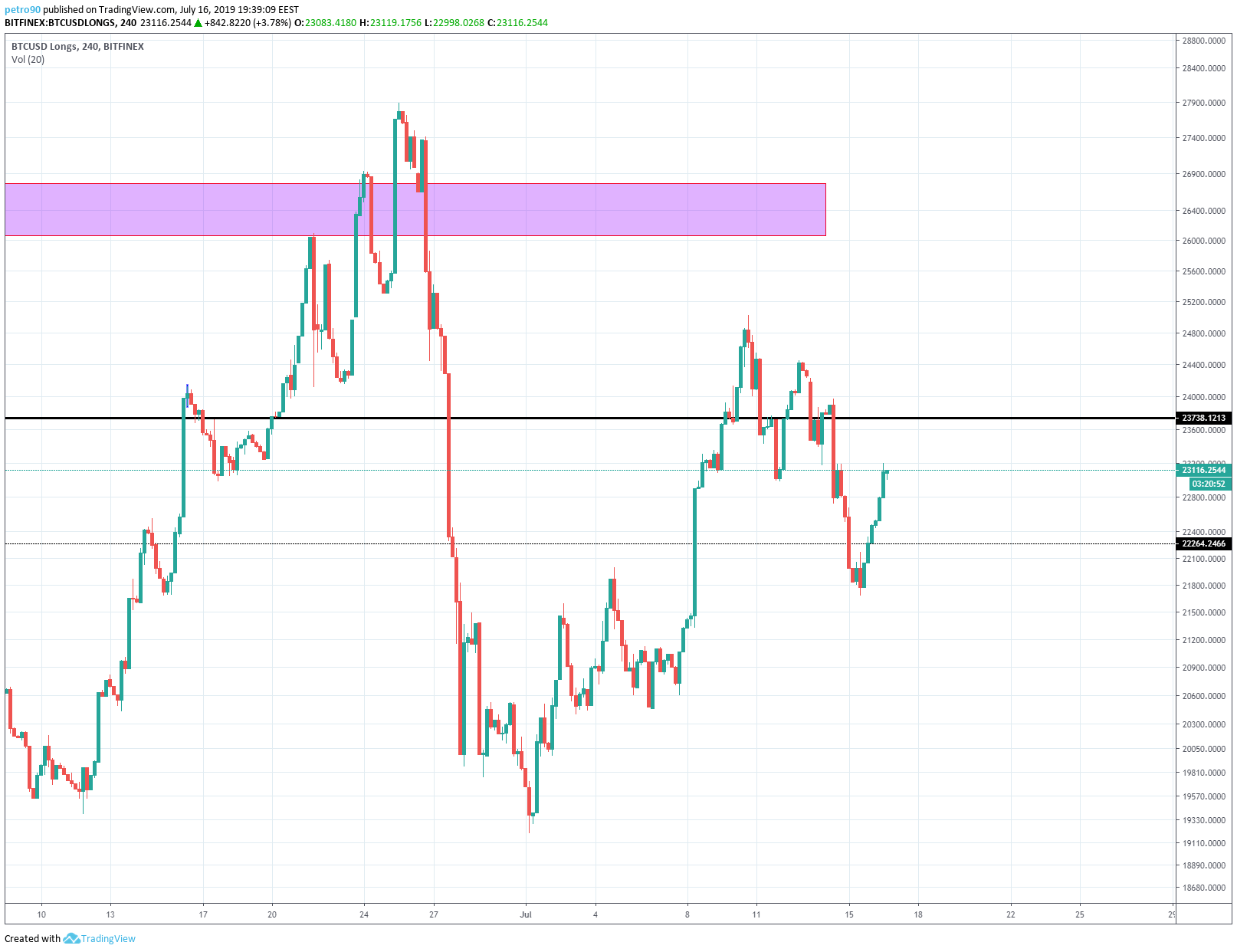 According to the chart of marginal buyers positions, we see that since the beginning of the week, buyers are actively increasing their positions. In our opinion, it is a dangerous situation that can accelerate the fall to $9,000-9,400.

Sellers at the time of falling prices are not so actively increase their positions: 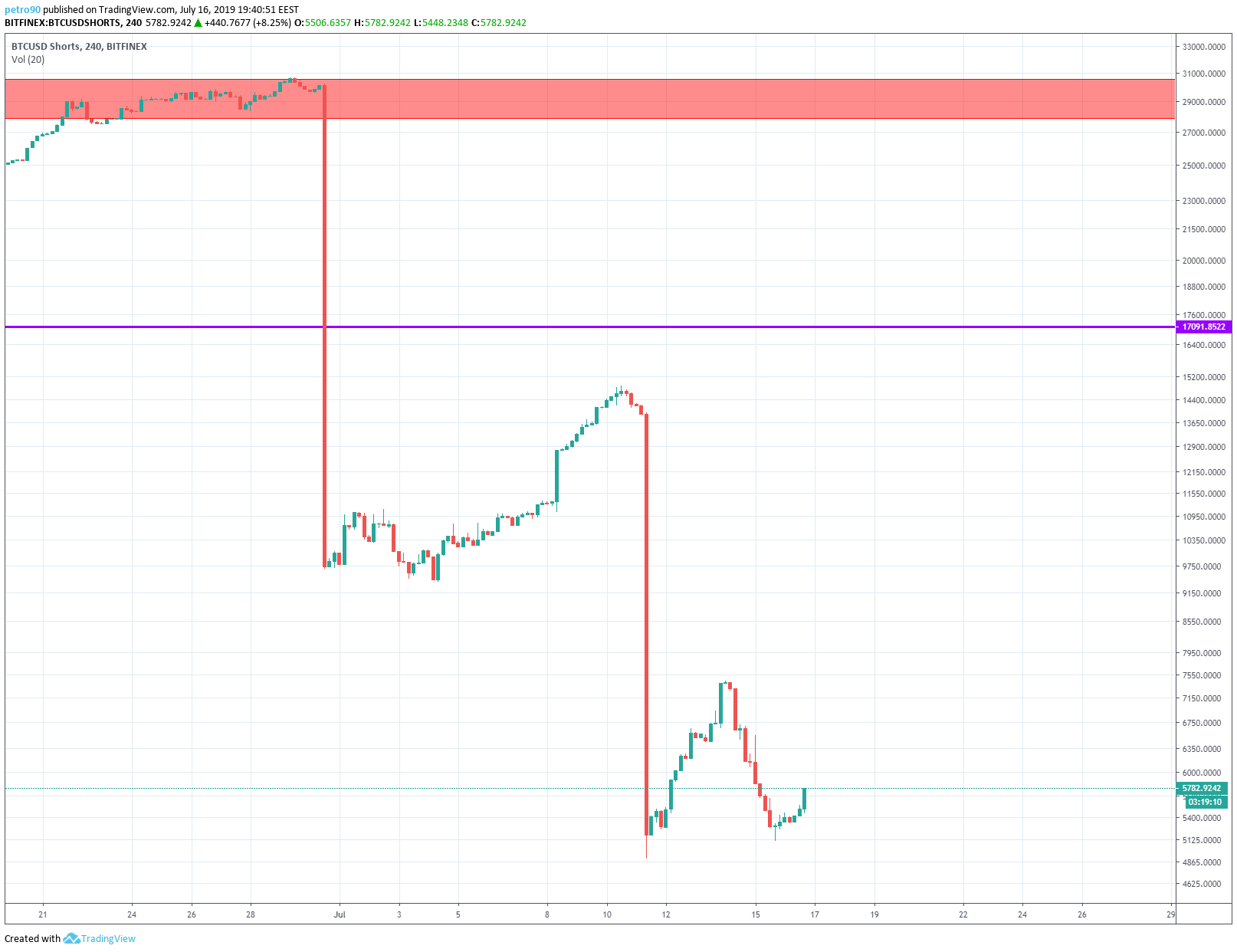 On a daily timeframe, we see that after a day’s correction, candles of sellers continue to be aggressive and indicate the prospect of a test of $9,400-9,000: 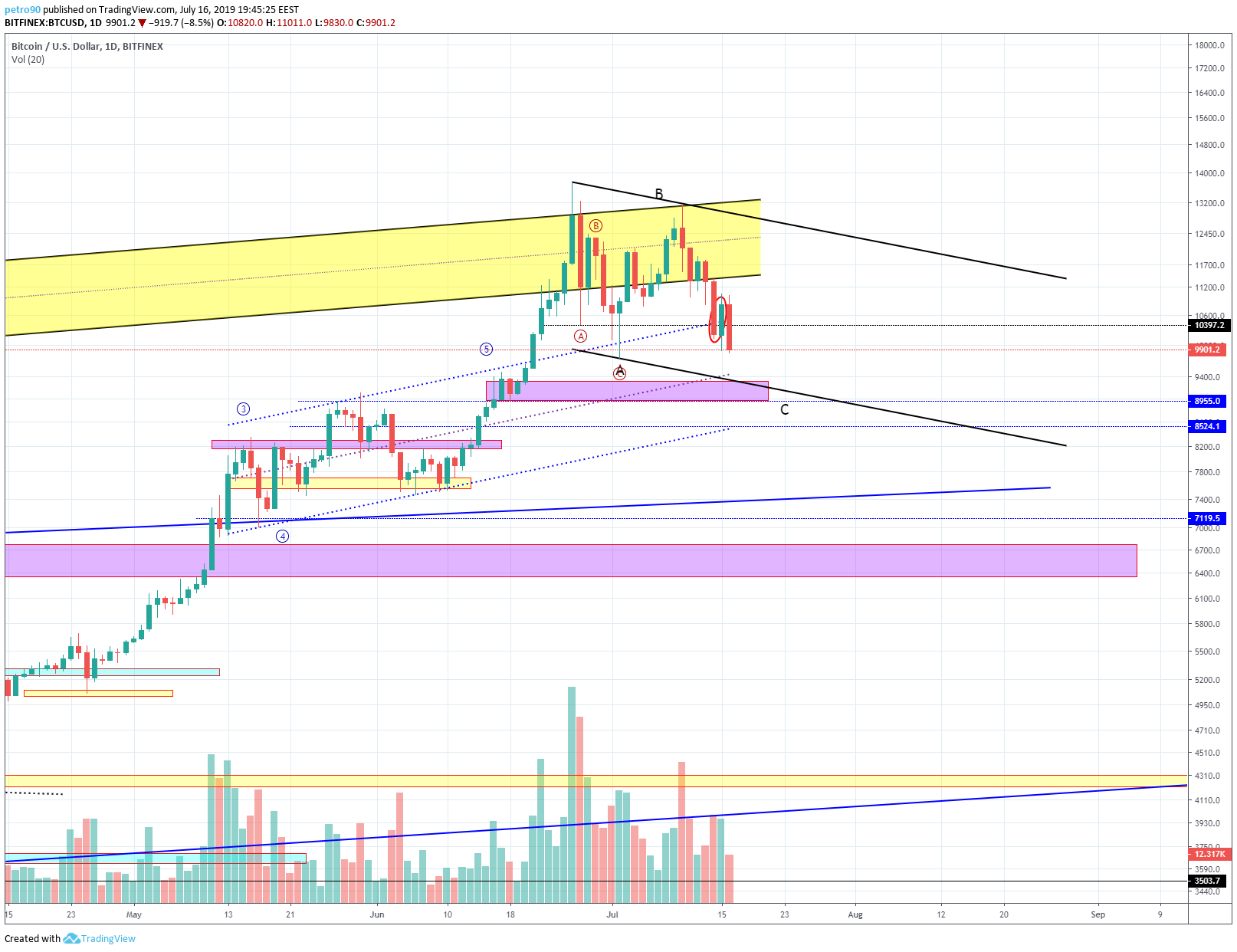 On two local highs and a low, we constructed a probable channel of the price movement in which the lower trend line runs in the above price zone. Therefore, at least, we will expect a correction from this price zone. Will buyers have the power to change the trend? We will look for this in their behavior when the price comes in the purple range. 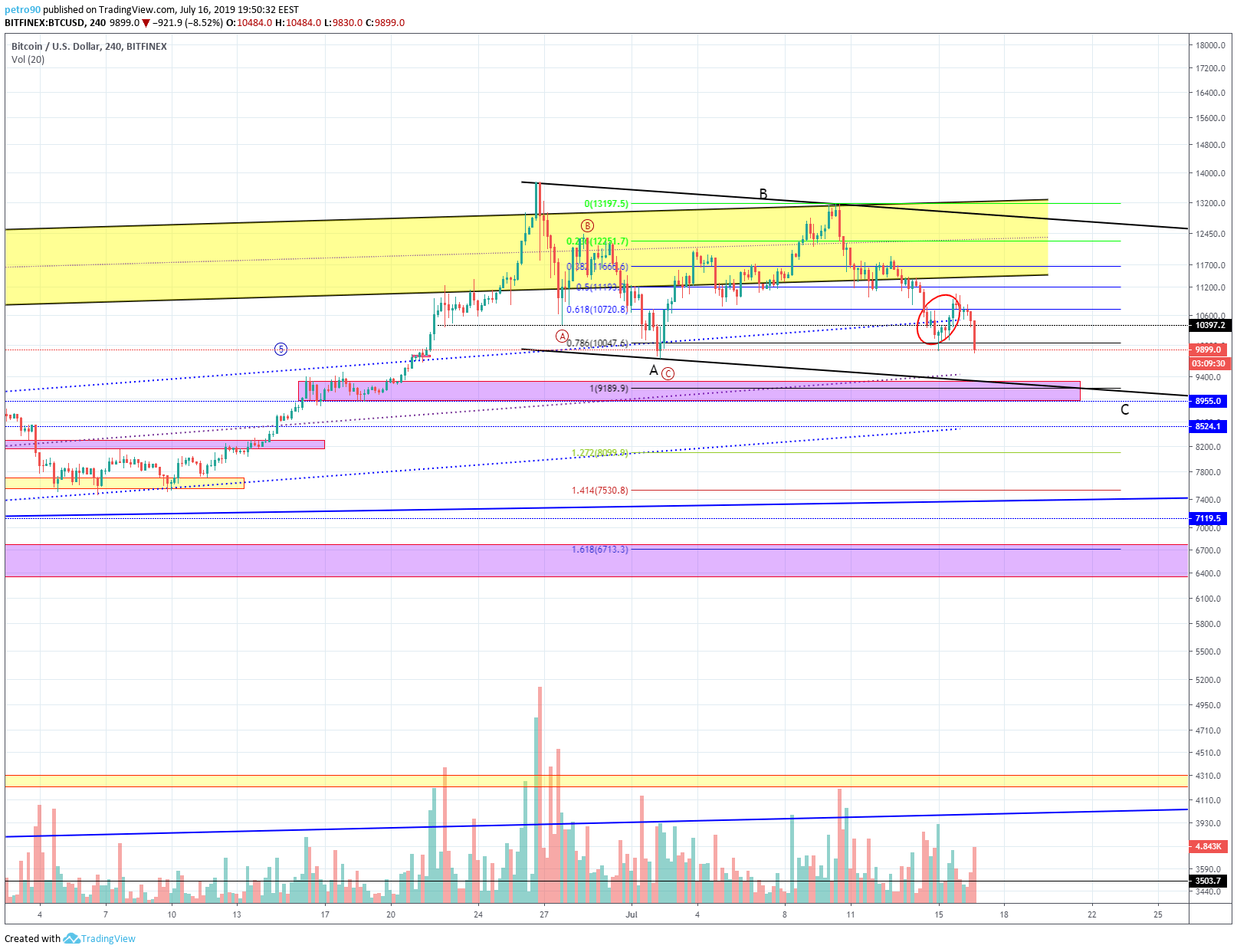 The pros, who are now in the market, sense the increased volatility, which in skillful hands can easily be turned into earnings. The big disadvantage is that the insufficient amount of volumes on the crypto market, during the fall of Bitcoin, puts down on its back the whole market and talk about the independent development of other coins.

Let’s see if the price will reach $9,000-9,400 by Thursday and whether the price movement will change. Good continuation of the week!