An interesting and dynamic Bitcoin week does not leave indifferent sellers nor buyers. One of the targets is achieved, is it time to relax? Apparently, such ideas were entertained by sellers when they lowered the price to $9,000-9,400.

In the previous analysis, we wanted to see the reaction and actions of buyers during the liquid price zone test of $9,000-9,400. It turned out that buyers had potential, in the beginning, to correct enough the wave of the fall. It began on 10 July. On the chart, all phases of the local turnaround are clearly visible: 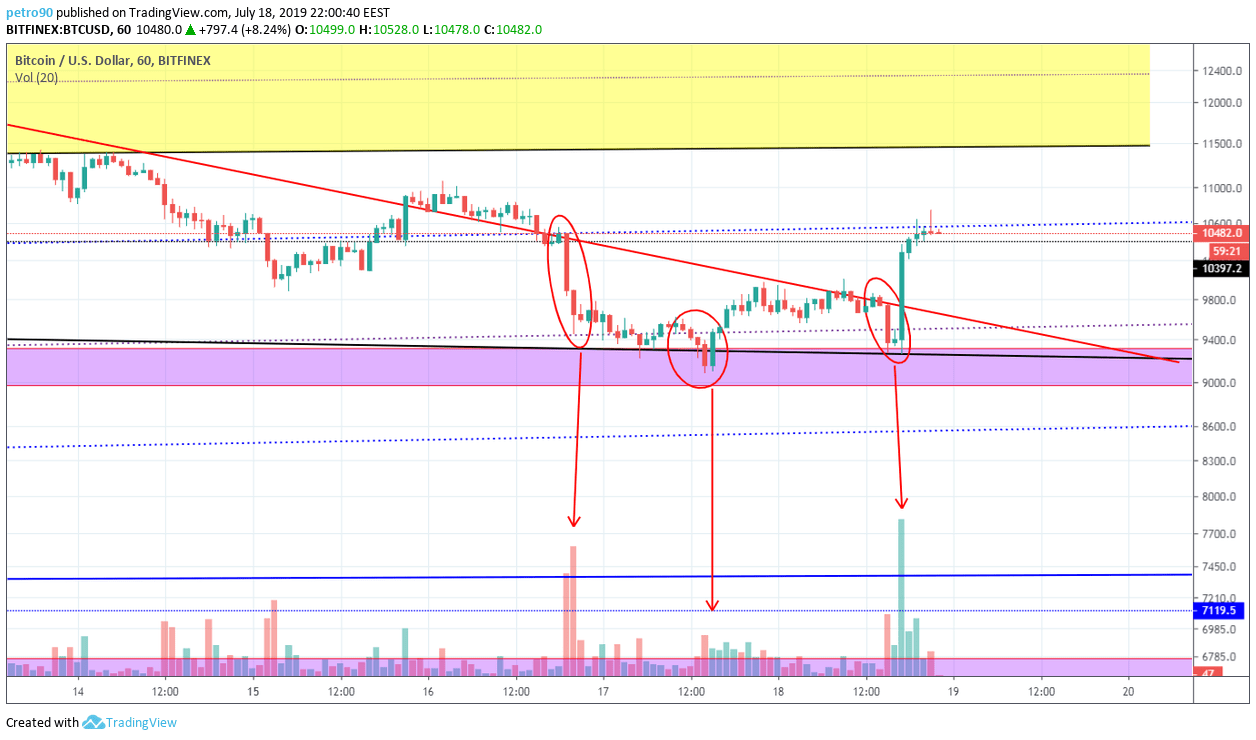 At first, sellers got the first resistance, when trying to get a quick test of $9,000-9,400. Pay attention to the size of the candle and match it with a big volume. Further, the fall continued on smaller volumes by inertia. And in the third situation, when on increased volumes, sellers were able to only test the price zone, buyers on large volumes broke the red trend line, ending the local fall of sellers.

As for the mood of buyers, so far we will not say that the mood is fighting and ready for feats. Today, after a sharp growth, buyers, on the contrary, close their positions: 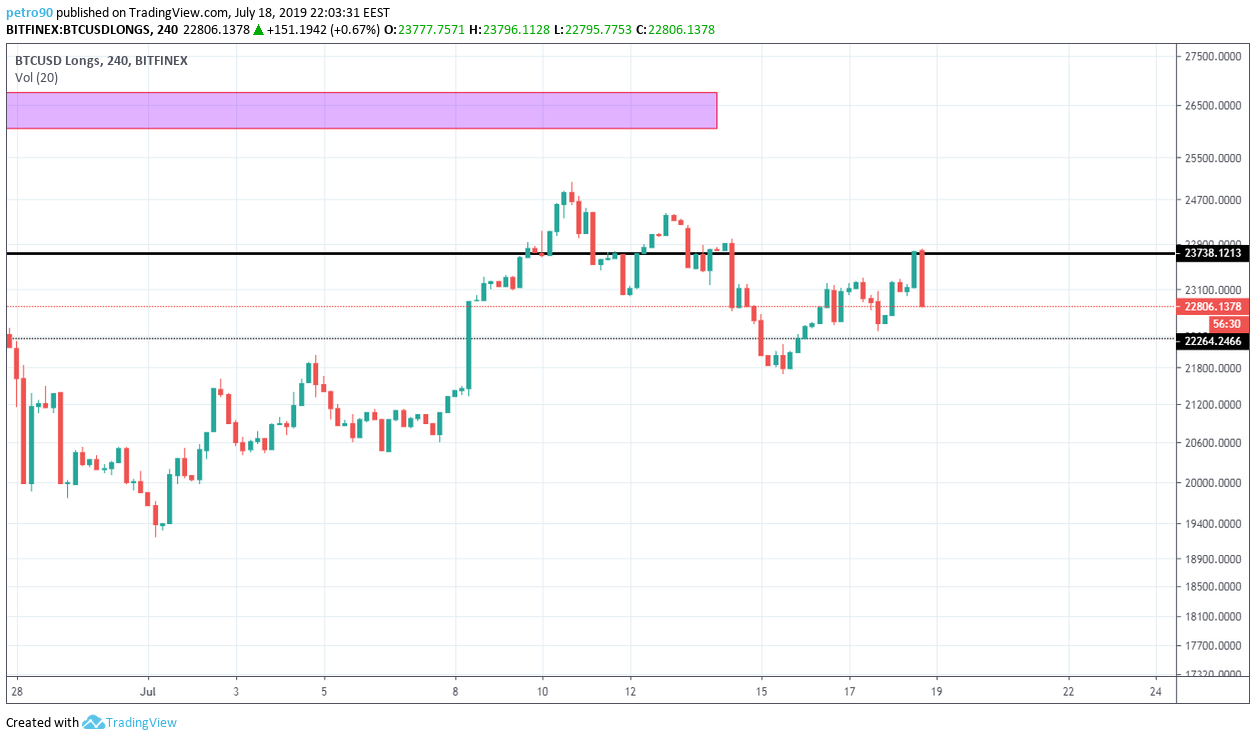 Sellers are trying to increase their positions on growth, expecting a continuation of the fall and breakthrough of the purple price zone: 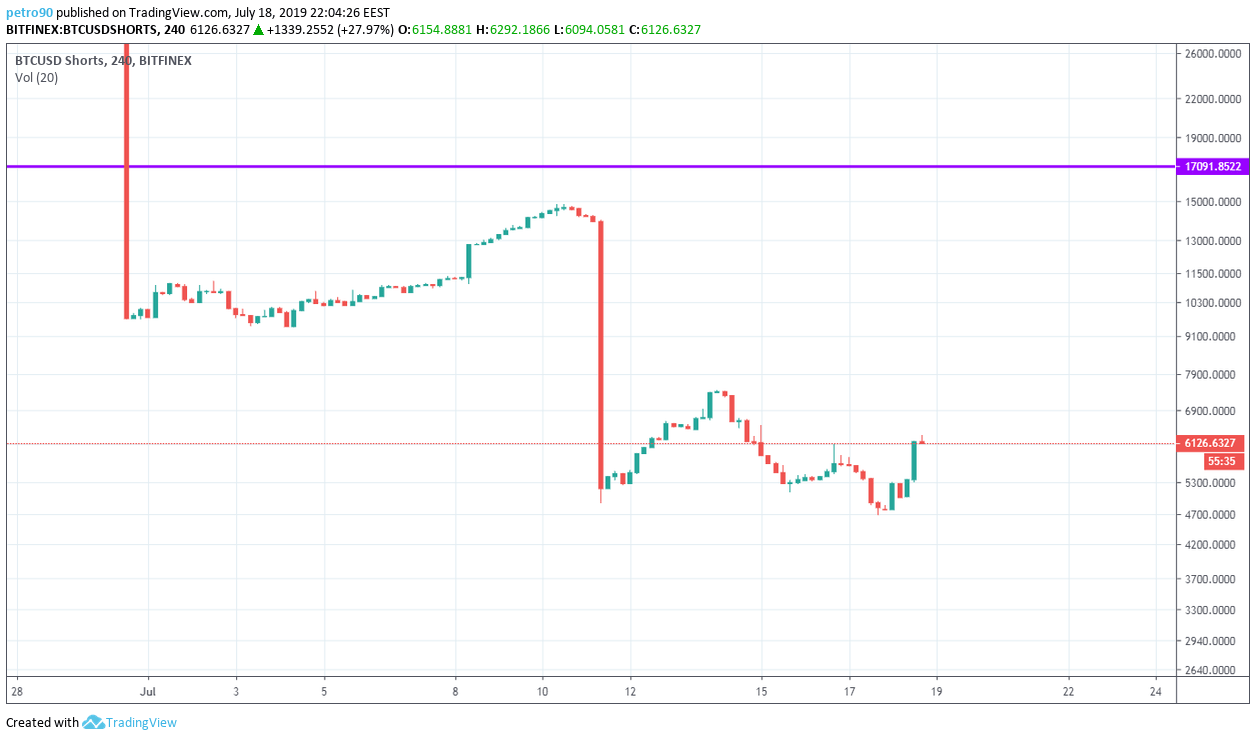 On a daily timeframe, we clearly see that the price has returned to the consolidation channel, which was moving from May to June. Now, Bitcoin buyers are trying to take control of the upper limit of this range: 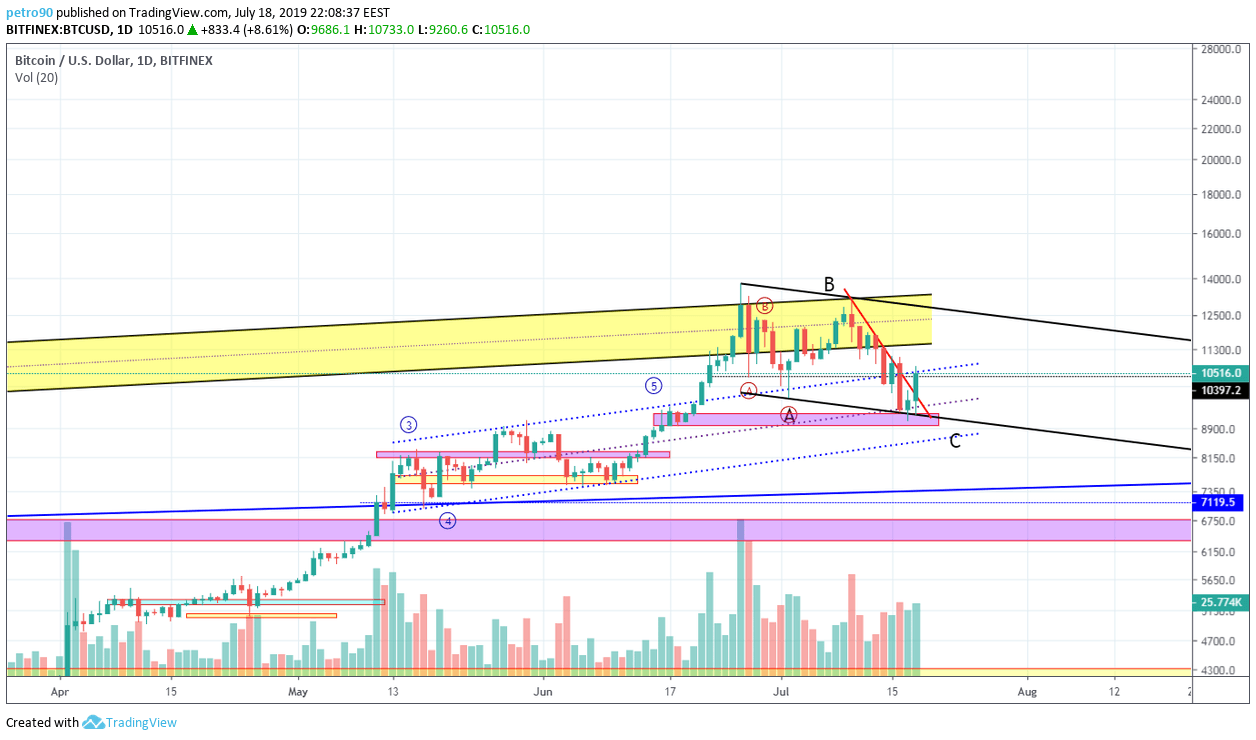 According to the wave analysis, sellers completed a wave (C), which at a price of $9,250 was equal in length to the wave (A): 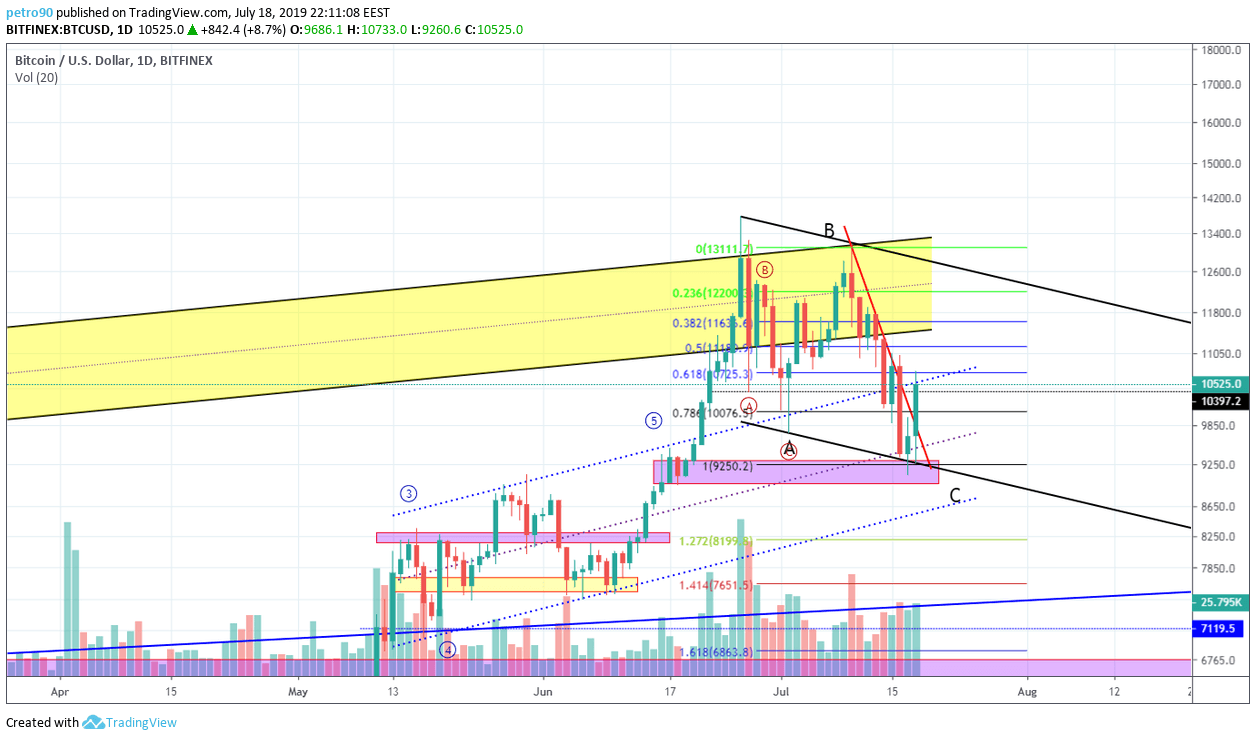 A critical point for Bitcoin sellers is the price mark of $10,880. If sellers can not keep this price, then the next point from which the fall can continue is $12,000. However, there is a high probability of breaking $10,880; you only need to look at how cheerfully buyers began their attack.

But let’s see how excited sellers can be when buyers will be at the back of the pack at around $10,880. At the end of the week, we will summarize and define the main and alternative scenarios of the price movement. See you on Sunday on a weekly analysis!