After our previous analysis of ETH, immediately the next day began with a strong movement, not in favor of buyers. We described this scenario last week, but did not expect such a strong fall. In 3 days, the price fell by almost 30%, having tested the price mark of USD 191 and breaking the global trend line, which was drawn at local lows from December 2018.

At the moment, ETH buyers have recovered and are trying to return the price to the growth channel and take control of USD 230. However, so far, the obvious advantage of buyers we have not noticed. In order to see more about how the sellers and buyers behaved at the critical points, let’s look at the 4-hour timeframe: 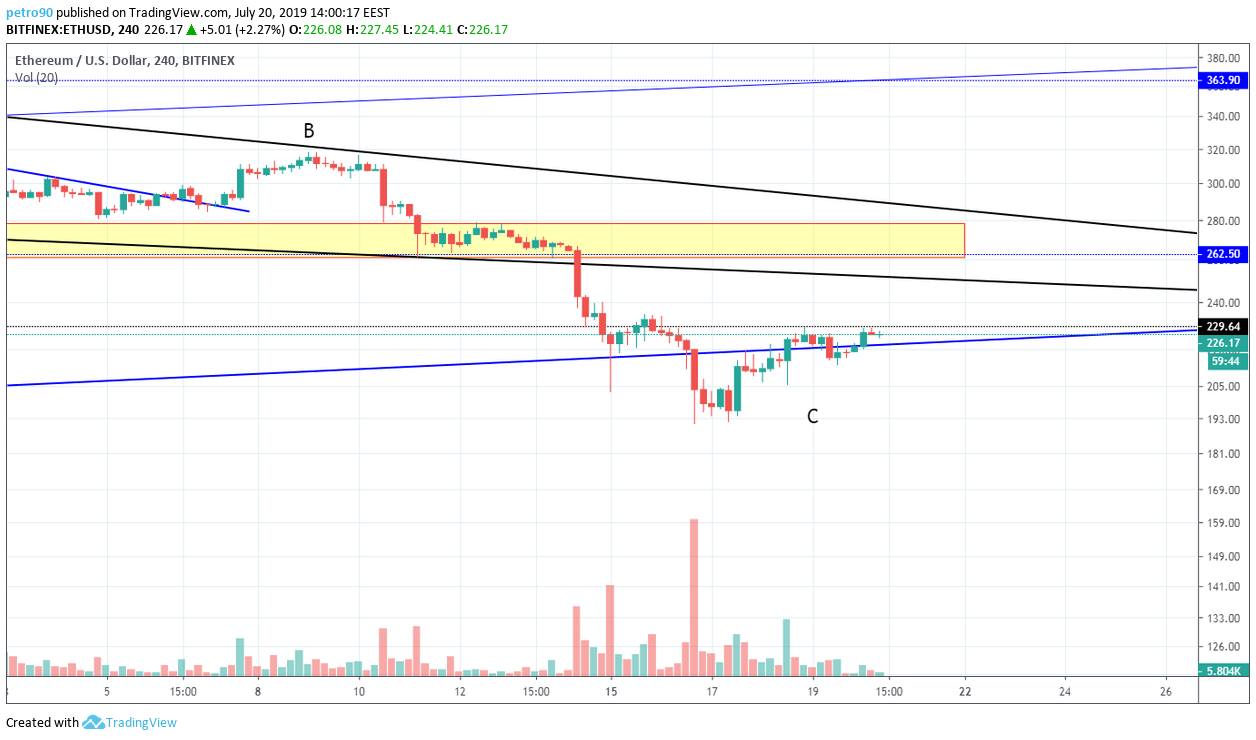 Pay attention to what volumes were necessary for sellers to break USD 230 and then the blue trend line. The volumes of buyers that we see at the moment are not competitive. And the current growth is difficult to call something else as a correction. Therefore, until the price is below USD 230, the power is in sellers hand.

The mood of buyers is unchanged since 25 June. Buyers systematically close their marginal positions: 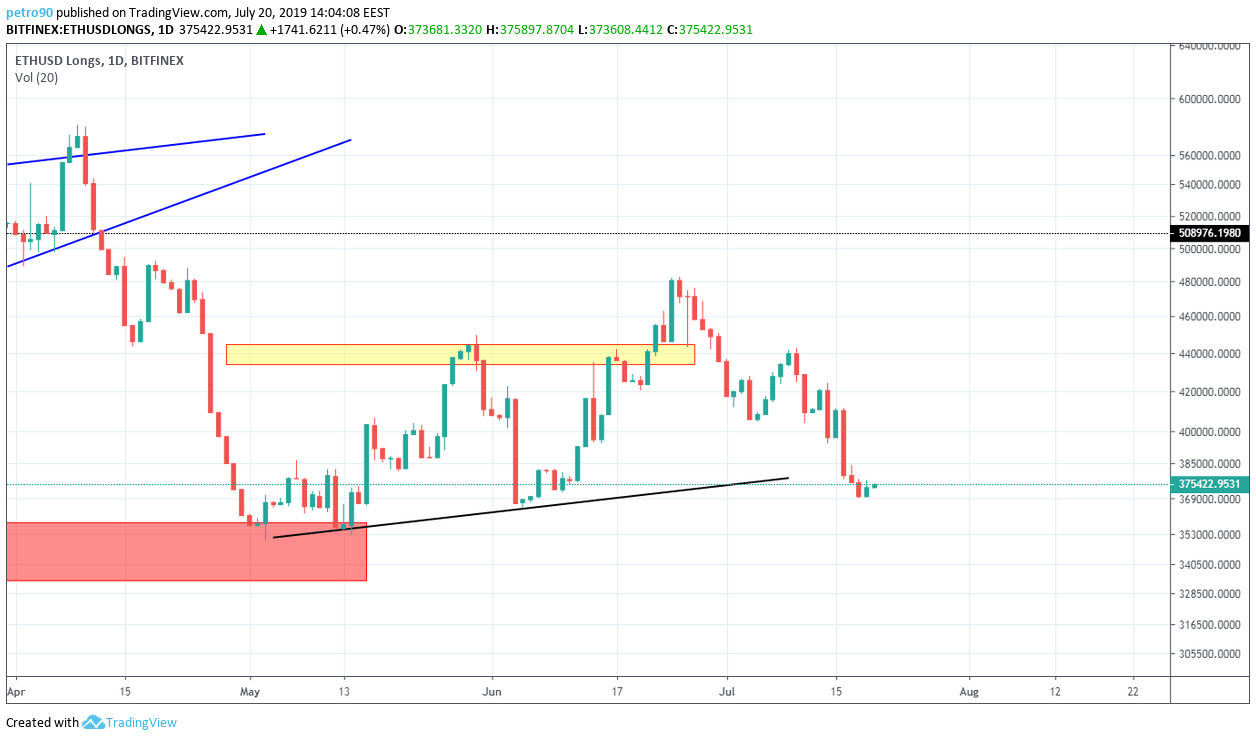 Sellers made an attempt to increase their positions, but since 15 July, something went wrong: 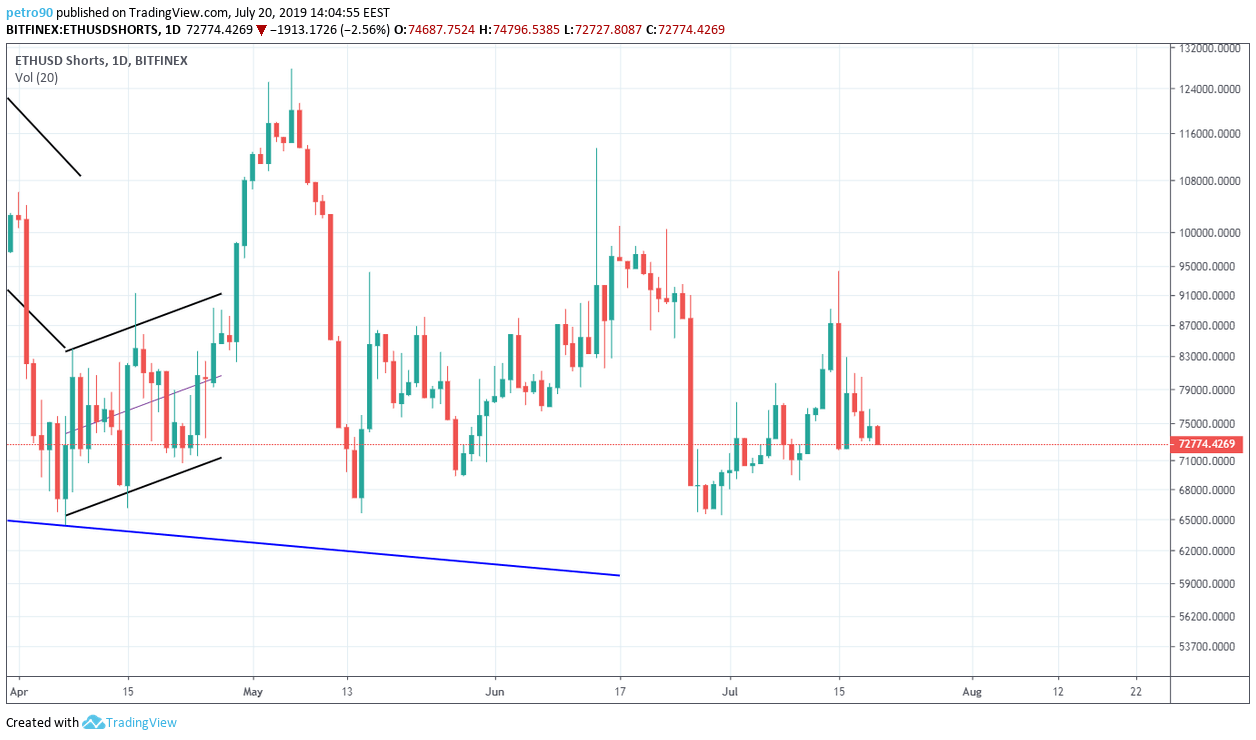 On 15 July was the first attempt to break through the blue trend line. Apparently, ETH sellers at that moment fixed profit, and someone, entering the position on local lows forced to close positions with a loss. 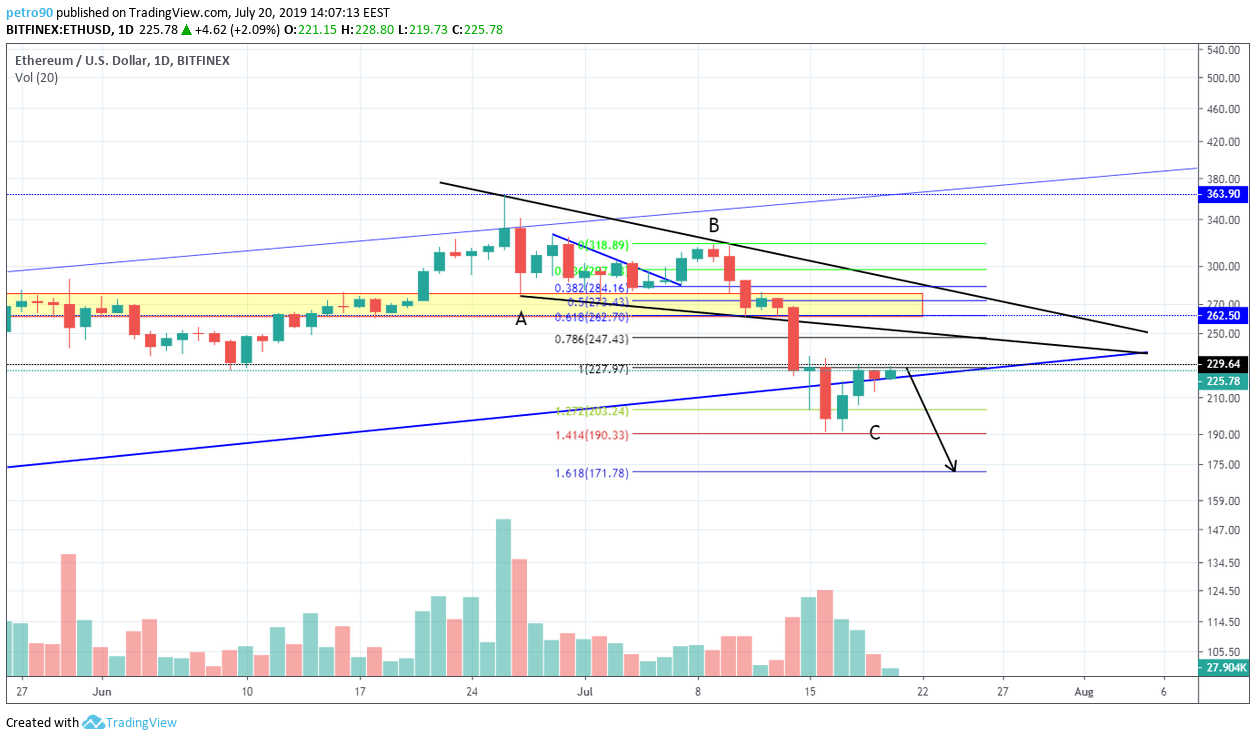 Sellers have the prospect to continue to fall with the next target of USD 170. If considered globally, then the growth wave from December 2018 ended and correction is underway. And sellers have already corrected the growth by 61.8%. If buyers’ forces are not enough to keep USD 191, the next global stop may be at a price of USD 145. 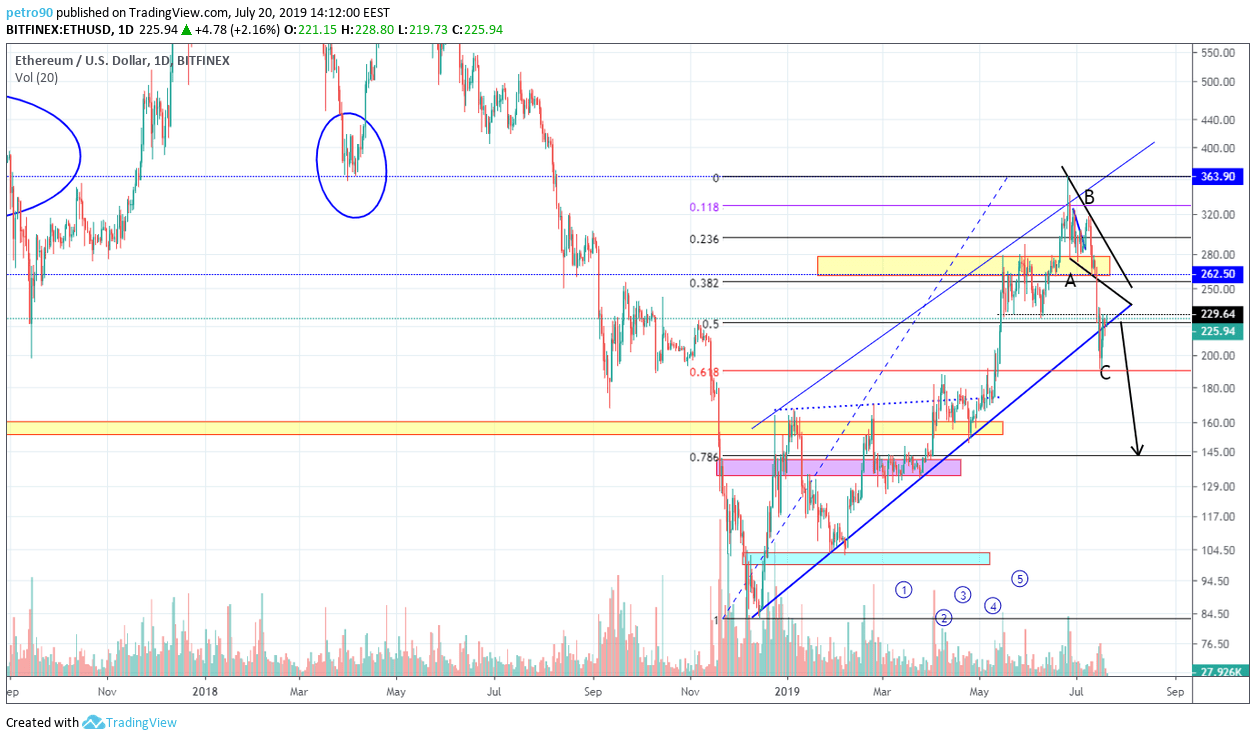 So far, on a weekly timeframe, a candle with a long pin is being formed. Although, it is still not enough to say confidently that sellers in this price zone are weak. Moreover, we have seen the nature of growth and the volumes of buyers, which clearly do not speak of the buyers’ domination in the market.

So next week, we’ll see if sellers can break USD 191 and continue to fall. An alternative scenario is a test of USD 270, but only on condition of confident fixing over USD 230. Have a successful weekend and a deep well, from which you can scoop the calm and harmony that the crypto market so eagerly collects.