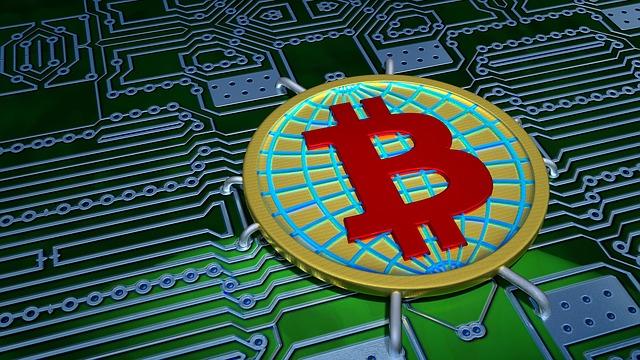 The longest losing streak for Bitcoin since December 2018 may have been broken yesterday to the relief of many, but immediately after, yesterday’s trading action saw further selling pressure result in another losing day as Bitcoin attempts to settle for solid footing above USD 10,000.

As of right now, 9:10 am Central Europe (7:10 am UTC and 3:10 pm Shanghai) Bitcoin has just touched a daily low of USD 9,971, in a downward trend from 24 hours ago when it was at USD 10,623 (CoinDesk). Spurts of selloffs during American trading and now Europe scalpers means that Bitcoin has lost over 5% of its value in a day, lopping off all the gains made since last weekend.

It was much of the same grey weather for the rest of the crypto market as well, as altcoins continued to give away more ground to losses, with Litecoin now threatening to again give back USD 90 territory and Ethereum’s hold above USD 200 slipping away. Bitcoin dominance stands at 65.2% — after setting a record for 2019 above 70% earlier — and the entire market capitalization for crypto is just shy of USD 275 billion (CoinMarketCap).

What this increasing Bitcoin dominance means is that even though Bitcoin price has been taking a beating in recent weeks, the fact that it is growing in dominance despite new altcoins being pushed out on the market every day means that crypto investors are still mitigating losses in a bear market if they choose to put their money in Bitcoin, as opposed to the thousands of other altcoin alternatives out there.

Sentiment wise, the whisperings and updates on crypto developments in India has certainly been taking a hold in social media in the last 24 hours. One of the more prominent threads online is happening with Off the Chain’s Anthony Pompliano sitting up and taking notice of the most recent utterings by government officials who insist that crypto will not be banned in the world’s second most populous nation.

We need to pay attention to what is happening in India around cryptocurrency regulation.

I’m willing to fly to meet with lawmakers and regulators if someone can get me a meeting.

Pompliano, a veteran Bitcoin investor, is calling for invitations to the country to “meet with lawmakers and regulators”. He must feel that he has influence outside of North America and Bitcoin circles online, to have any chance of affecting how laws will be made in India. One must remember that even a Rights to Information (RTI) request filed by Indian crypto lawyer Varun Sethi had only resulted in a denial of any knowledge from the Reserve Bank of India (RBI) on any drafting of current crypto regulations. Why and how he believes he will have a different experience only he can say.

He isn’t alone in thinking that, however, as others have replied on his Tweet offering to join his efforts. Hacker Noon writer and crypto personality Peter McCormack is one saying he would “join you on that flight”. Will these industry personalities really be able to fly out to India and have a say on the matter? Indian officials should not take too kindly to outside interference, so it seems to suggest a gross overestimation of ability and influence on the part of Pompliano and co, although should they succeed in any measure, the effect on Bitcoin price could be pronounced.

The notable lack of responses from Indian nationals should give them a clue.

Meanwhile, another country recently hogging the spotlight in terms of Bitcoin and government wrangling has seemingly done a U-turn on its legal view of the world’s most-used digital asset. The IRan Chamber of Commerce, Industries, Mines and Agriculture has now issued an announcement that at once recognizes Bitcoin and Bitcoin mining in a traditional Central Asian power. The state’s Economic Commission’s approval of a mechanism for crypto mining apparently came from an executive law that would see official crypto mining being allowed from this month onwards.

“… a mechanism to mine digital coins was approved by the government’s economic commission and will later be put to discussion at a Cabinet meeting.”

Hemmati said that more efforts would be carried out as well to ensure that the growing group of Iranian miners would be brought into the fold, in a bid to make their activities contribute to the domestic economy, rather than taken outside Iranian borders.

The Economic Commission’s head, Elyas Hazrati, confirmed to Mehr News that this meant the Iranian government had recognized crypto:

“We do believe that cryptocurrency industry should be recognized as an official industry in Iran to let the country take advantage of its tax and customs revenues.”

The news would have been perhaps more significant in its effect on Bitcoin price and sentiment, if not for the fact that Iran is currently under economic sanctions by the US and its allies — in effect, most of the developed world. That its citizens have long been turning to Bitcoin to circumvent these blocks will not be lost on those parties interested in crypto.

But for the true Bitcoin advocate, this recognition by one of the oldest powers in the known world is just the latest sign that there is no stopping Bitcoin.

Will Bitcoin bulls without political leanings take note? We shall see.

The post Bitcoin Looks for Solid Ground Above $10,000 appeared first on BitcoinNews.com.