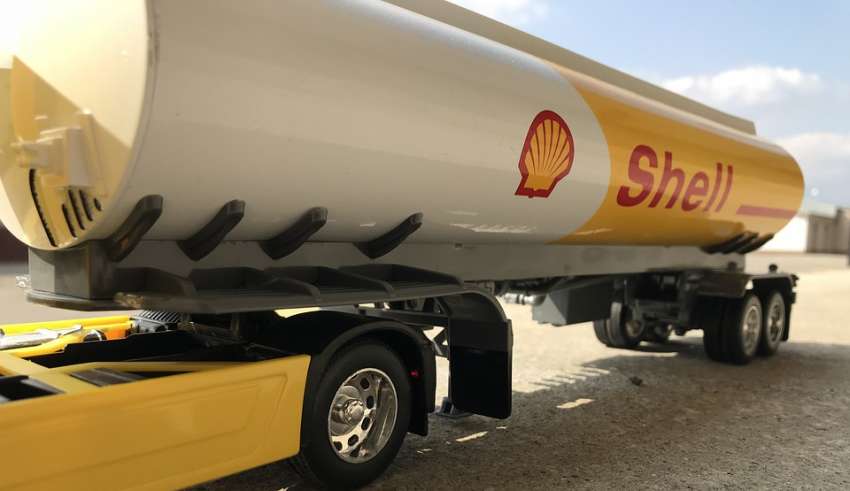 Royal Dutch Shell, usually simply referred to as Shell, is an oil and gas mega-corporation that has USD 400 billion of assets and pulled in USD 388.4 billion of revenue in 2018, generating an income of USD 35.6 billion. To put this in perspective, the Bitcoin market cap is USD 174 billion as of this writing, less than half of the assets that Shell owns.

In 2017, Shell created a division that was tasked with researching blockchain technology and finding potential applications. Since then Shell has invested in and partnered with four blockchain ventures, and Shell’s most recent investment in Exergy is perhaps the most exciting so far.

In 2018, Shell successfully completed the first oil derivatives trade that utilized blockchain technology on a platform developed by Applied Blockchain. Since that first trade, Shell has continued to use this blockchain-based trading platform within the company for petroleum products trading. The advantage of using blockchain technology for such a platform is that the trading data, such as price agreements, can only be uploaded by official sources, and therefore traders know that the data is trustworthy since the information stored in a properly built blockchain cannot be tampered with or deleted.

Shell was also a founding partner of the blockchain-based commodity trading platform Vakt, in collaboration with other major energy producers including BP, Equinox, Gunvor, and Mercuria. Vakt utilizes JP Morgan’s Quorum private distributed ledger, which is essentially a permissioned blockchain. Vakt manages physical energy transactions from trade entry to final settlement, creating a single source of truth for a trade’s lifecycle since the blockchain is immutable. Ultimately, this can help combat fraud and inefficiencies in petroleum products markets, leading to a more profitable and efficient market. Also, Vakt eliminates reconciliation and paper-based processes, which saves time. Shell has been trading on Vakt since 2018.

Another blockchain-based trading platform that Shell has partnered with is Komgo, which uses the decentralized Ethereum blockchain rather than a permissioned blockchain. Komgo focuses on the financing of commodities trading, so aside from including major energy companies like Shell, a litany of banks and trading institutions also participate in the Komgo network.

Perhaps the most intriguing blockchain-based venture that Shell has been involved with so far is Exergy. On July 10 it was announced that Shell had made a major investment into LO3 Energy to fund the development of the Exergy platform.

Essentially, whereas Bitcoin tracks the flow of money in a decentralized ledger, Exergy aims to track the flow of energy between peers in the local power grid. Someone in the neighborhood who is producing solar power in their backyard can send their energy into the power grid, and a neighbor can then purchase this energy while knowing with certainty that the electricity they are receiving is from renewable solar power rather than environmentally damaging fossil fuels. Exergy is betting that there are numerous eco-conscious people who will want to use the platform in order to support renewable energy and transition away from fossil fuels.

When Exergy launches, there will be a mobile app that will allow users to choose when to purchase from local energy sources and exactly which sources to purchase from. This gives electricity consumers power over their energy usage like never before, and since the data is stored on a blockchain, users can trust that they are receiving electricity from the exact source they chose.

Exergy will have a native cryptocurrency called XRG which will incentivize users of the platform, and also will be required in order to access the Exergy grid. Devices which measure electrical current will be sold to both the people generating power on the Exergy grid and the people consuming power, and these devices require an XRG token to be activated. Customers who sell their energy consumption data to 3rd parties will be rewarded with another cryptocurrency token called Anergy.

Both of these cryptocurrencies will likely be ERC-20 tokens since Exergy uses the Ethereum blockchain. However, Exergy is also being designed to easily integrate with the EOS blockchain, since EOS supports higher transaction volume, which may be necessary to ensure proper scalability as the Exergy grid expands.

Zooming out, Exergy is a complete paradigm shift from the current situation where customers have no choice regarding where their energy comes from, and are forced to use the electric infrastructure that is installed in their neighborhood. Exergy will turn the power grid into a peer to peer economy fueled by blockchain technology and cryptocurrency, giving peace of mind to eco-conscious customers who do not want to contribute to the burning of fossil fuels, and incentivizing the generation of renewable energy like wind power, solar power, and hydrothermal power. This will create business opportunities for locals who want to generate power, as well as increase the overall adoption of renewable energy, which benefits the environment long term.

An important question to ask is why would a petroleum products giant like Shell build the infrastructure for a renewable energy grid meant to replace fossil fuels? The Exergy White Paper explains that 1000 GW of solar and wind power generators have been installed between 2010 and 2018, with the next 1 million GW expected in the next 5 years. Indeed, the cost of solar panels has dropped 70% since 2010. It is expected that solar power will reach cost and performance parity with grid-sourced electricity in Australia by 2021, followed by Europe in 2022.

Apparently, the production of renewable wind and solar energy is already creating problems for wholesale electricity producers and forcing their returns down long term. This is just the beginning. Currently, renewable energy accounts for 11% of total global electricity consumption, and Exergy projects that it will be 70% by 2050. Eventually, the cost of producing electricity from fossil fuels and then distributing it will exceed the cost of generating and storing power locally.

Therefore, Shell seems to be hedging their risk by joining the renewable energy revolution, since the math seems to indicate that peer to peer renewable energy infrastructure may eventually replace the current energy economy that is dominated by oil and gas giants like Shell.

If Exergy’s vision of the future is correct, perhaps it will soon be commonplace to choose from various sources of renewable energies on your mobile phone, and to pay for electricity with cryptocurrency microtransactions, while a TV in the corner broadcasts the news that the air is becoming less polluted and global warming is slowing down.