At the end of the Bitcoin trading week, market participants decided to organize a spectacle. After that, in a few hours, price tested two points and made both buyers and sellers nervous. Today, an hour and a half before the closing of the day and weekly candles, sellers attempted to continue the fall and broke the dash channel down, stopped at a price of $9,100, a little before reaching the target we talked about yesterday.

This attack is interesting to consider under a microscope on a 5-minute timeframe: 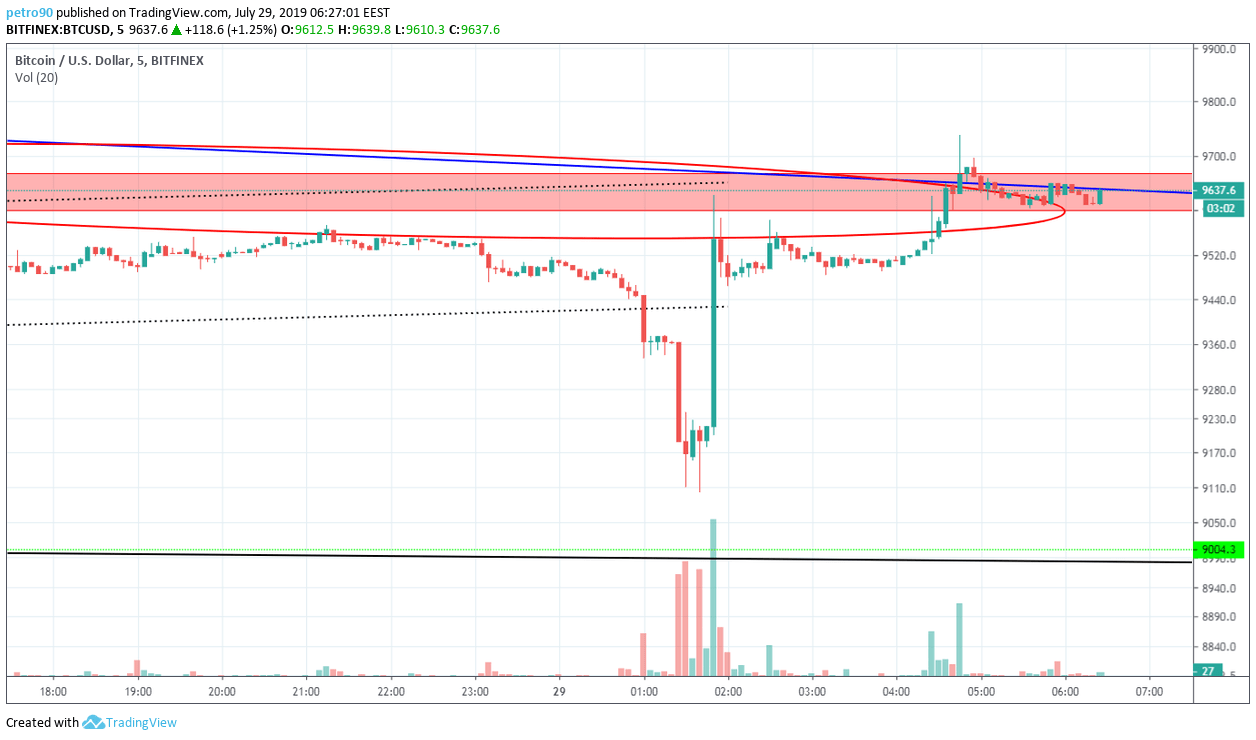 Initially, sellers, having increased their volumes, came out of the dashed channel of the price movement. They stayed in the range of $9,100-9,200. Even with increased volumes during two attempts, they could not continue to fall.

Bitcoin buyers quickly understand the lay of the land and caught the sellers unexpectedly, giving them a chance to make an effective attack. The initiative is still on the side of buyers who are trying to fix themselves in the price zone of $9,600-9,670 and over the blue trend line. After a failed attack by sellers, the chances of buyers to continue growing and test $10,200 significantly increased.

On a daily timeframe, we see that sellers failed to update the local low and during the day, volumes of trading were quite small: 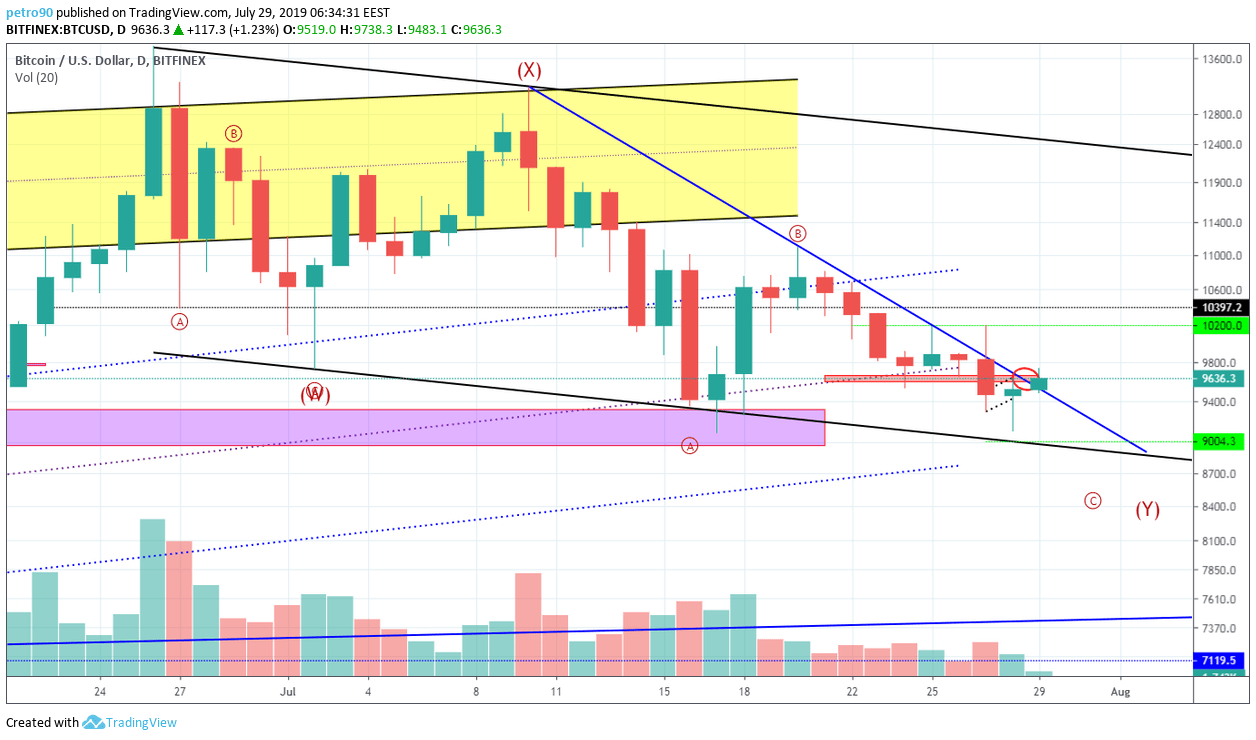 In fact, the hourly activity of sellers have made up the bulk of the volume for daytime candles. It looks like the end of the fall of 20 July and the beginnings of a new local growth.

If we analyze the marginal positions of Bitcoin buyers, then we see that the sharp fall did not scare them. On the contrary, buyers have increased their marginal positions now. When in the price zone of $9,600-9,670  buyers slightly reduce their positions: 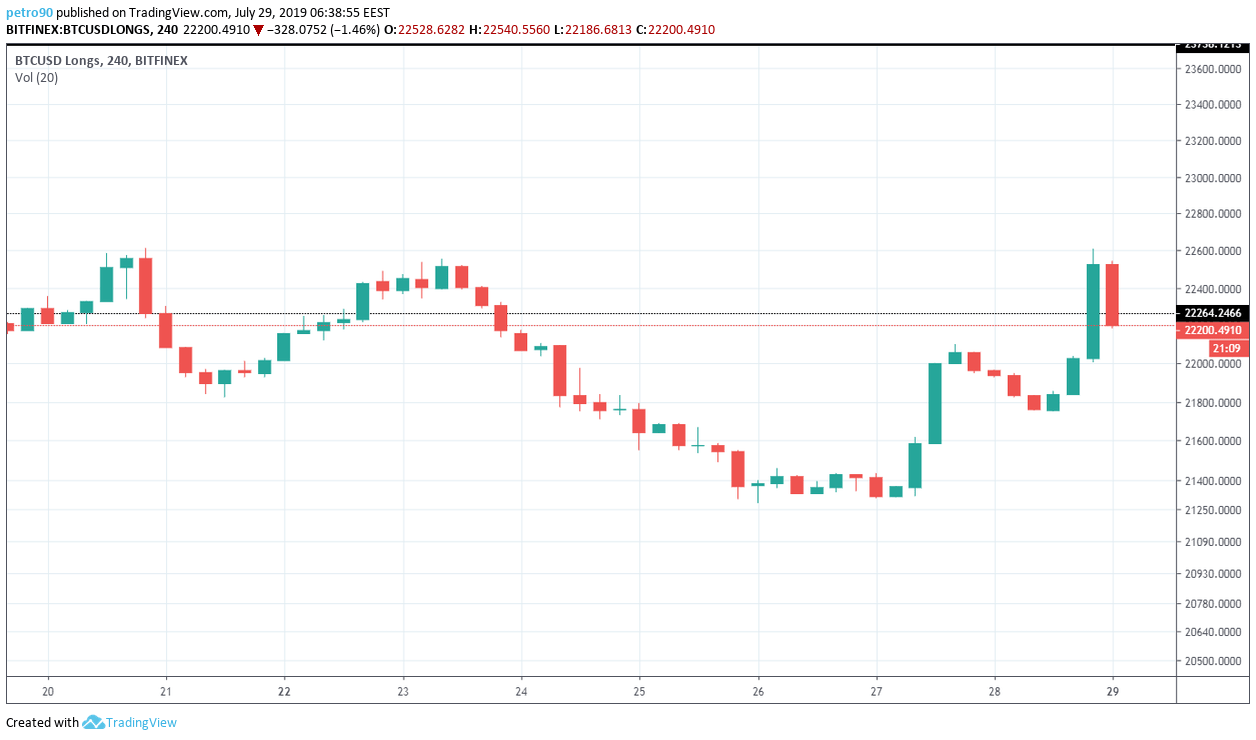 Sellers, on the contrary, during the Bitcoin fall closed their positions, apparently fixing profits. And now, during the growth attempt, they are also getting rid of positions: 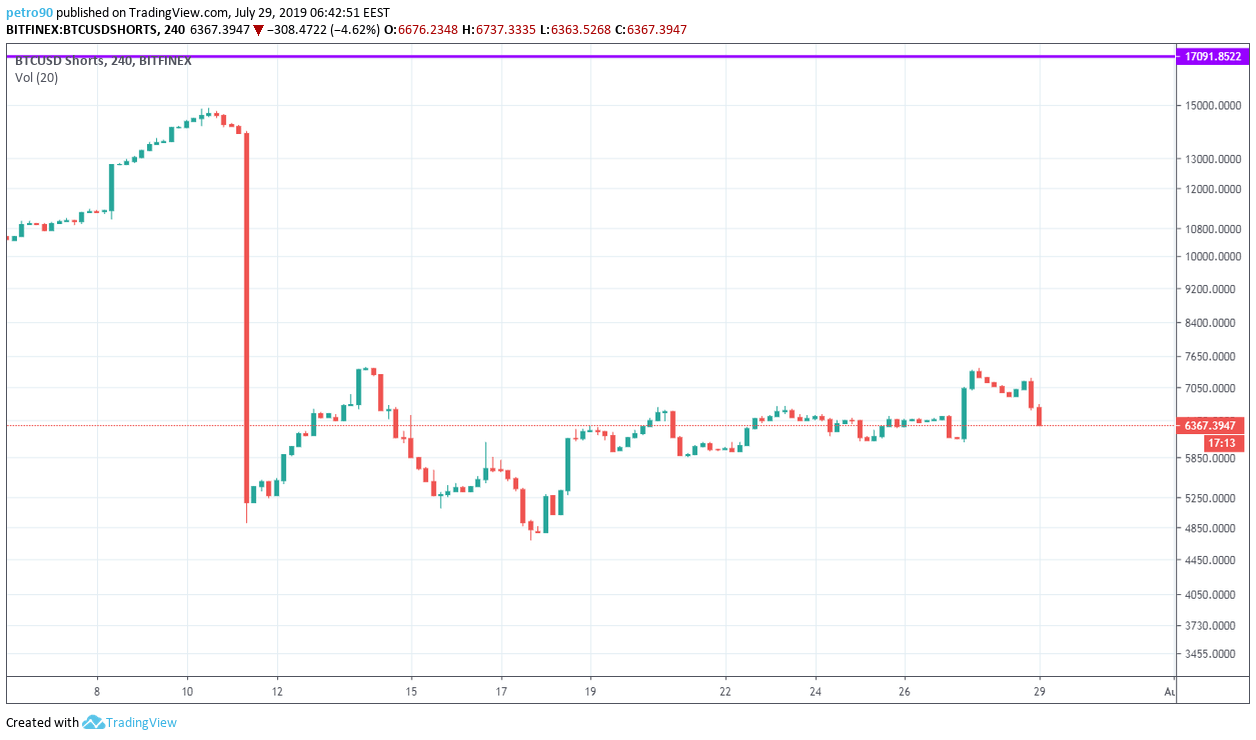 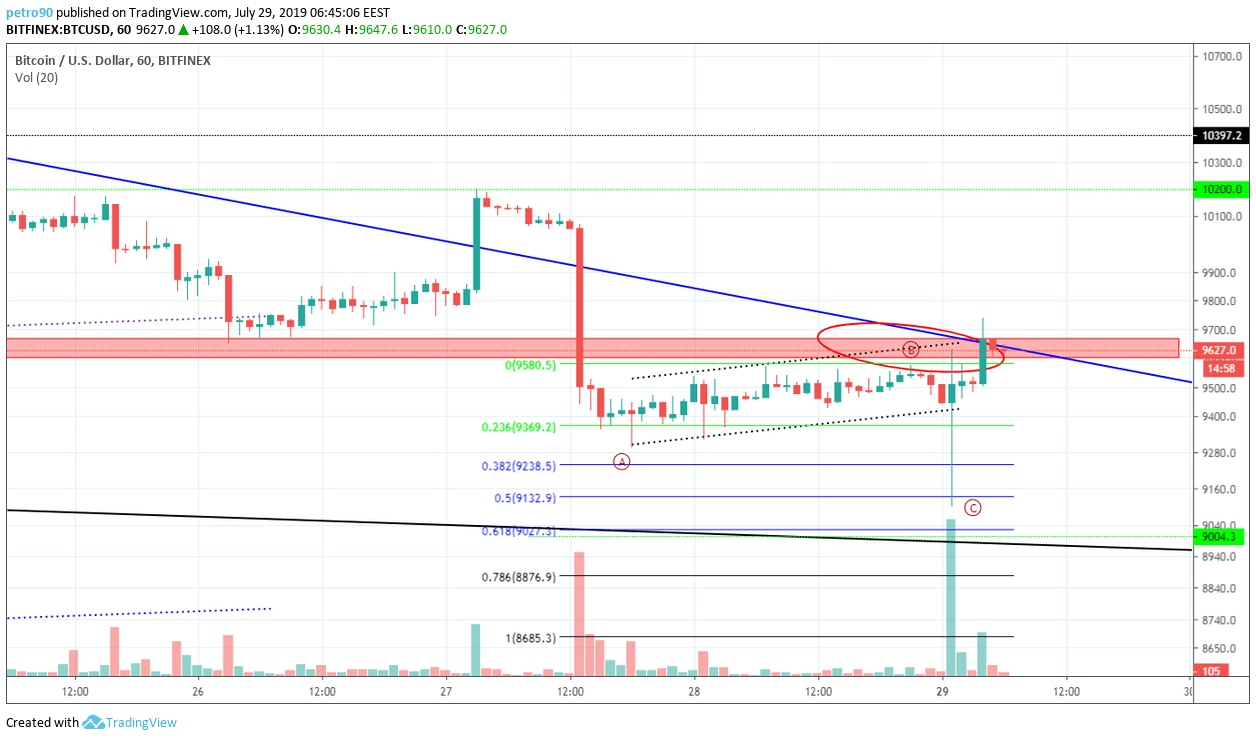 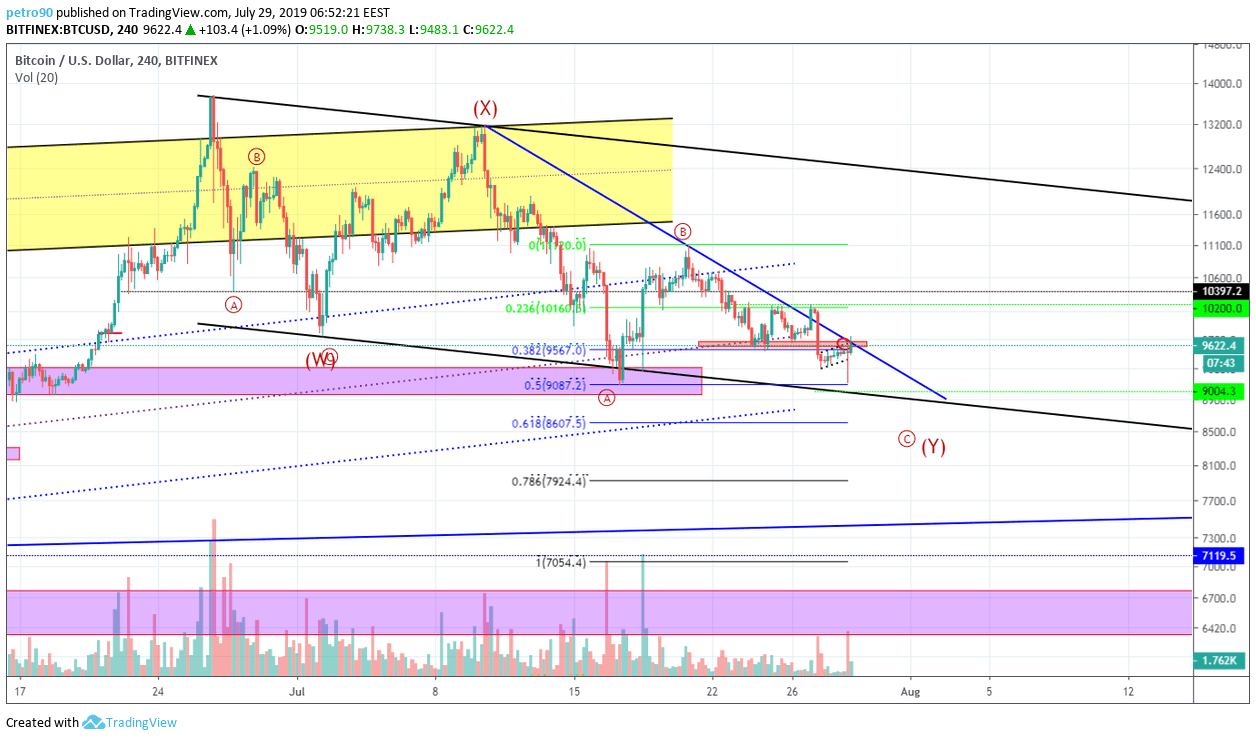 Let us see how the attack of buyers will end and whether it will be possible to fix tomorrow at over $9,600-9,670. The day promises to be interesting; how so, we will see in tomorrow’s Bitcoin analysis.