Another buyers attempt to return to the blue growth channel was unsuccessful. And now buyers are busier protecting and preventing the continuation of the fall to USD 185. This growth attempt started on 24 July, when buyers for the second time kept local green trend line. And on 26 July, after the correction, Ethereum buyers made the last convulsion, in which they failed to test neither the blue trend line nor a price mark USD 225.

Having made another local trend line, it becomes clear that after a sharp fall from 10 July, and the breakthrough of the blue channel, in which the price has been moving since December 2018, a triangle has been formed. And now buyers are trying to keep its lower limit, to organize themselves another opportunity to return the price in the blue channel. After a false breakdown of the triangle, sellers stopped the pressure. But buyers are not trying to take advantage of this chance. We see record small volumes of trades and faded candles: 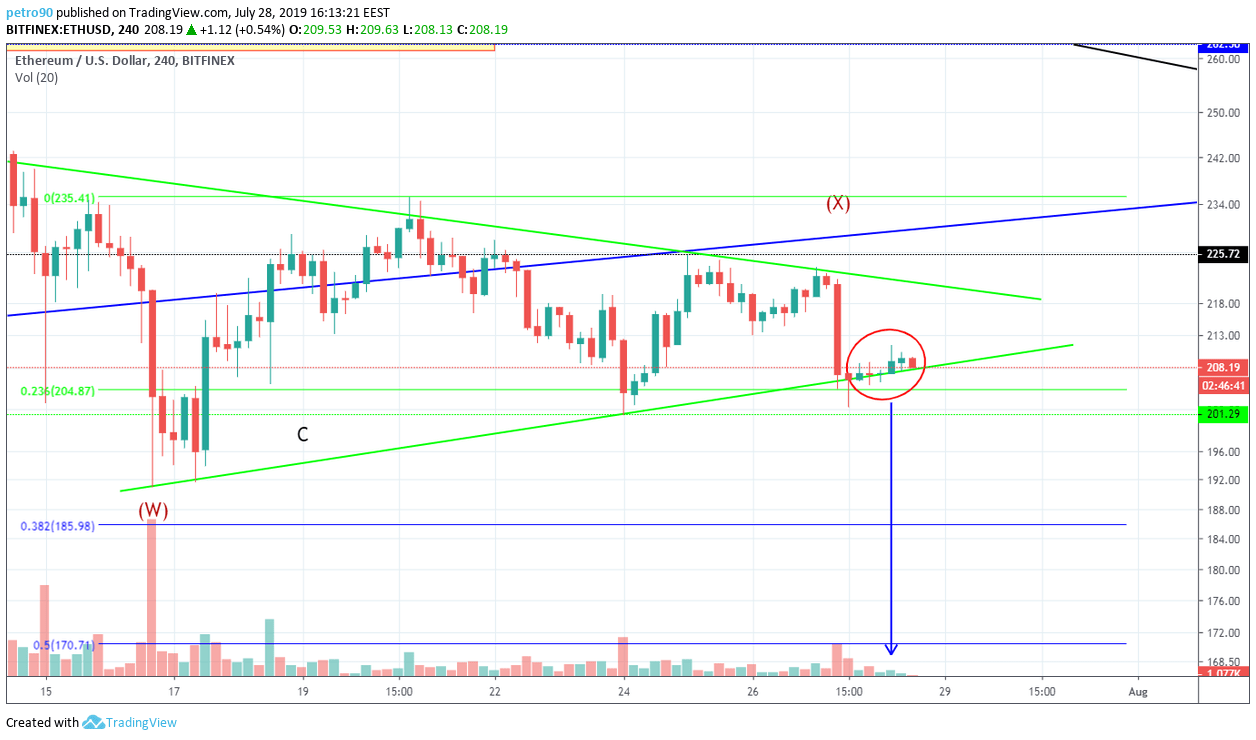 However, the prediction of the price movement inside the triangle is a thankless task. Because wave analysis has the probability of another wave of upwards growth. About it a little bit later. At the moment, we expect the breakthrough of the triangle down.

Marginal positions of Ethereum buyers are steadily increasing, but it does not look so sure in comparison with previous fall: 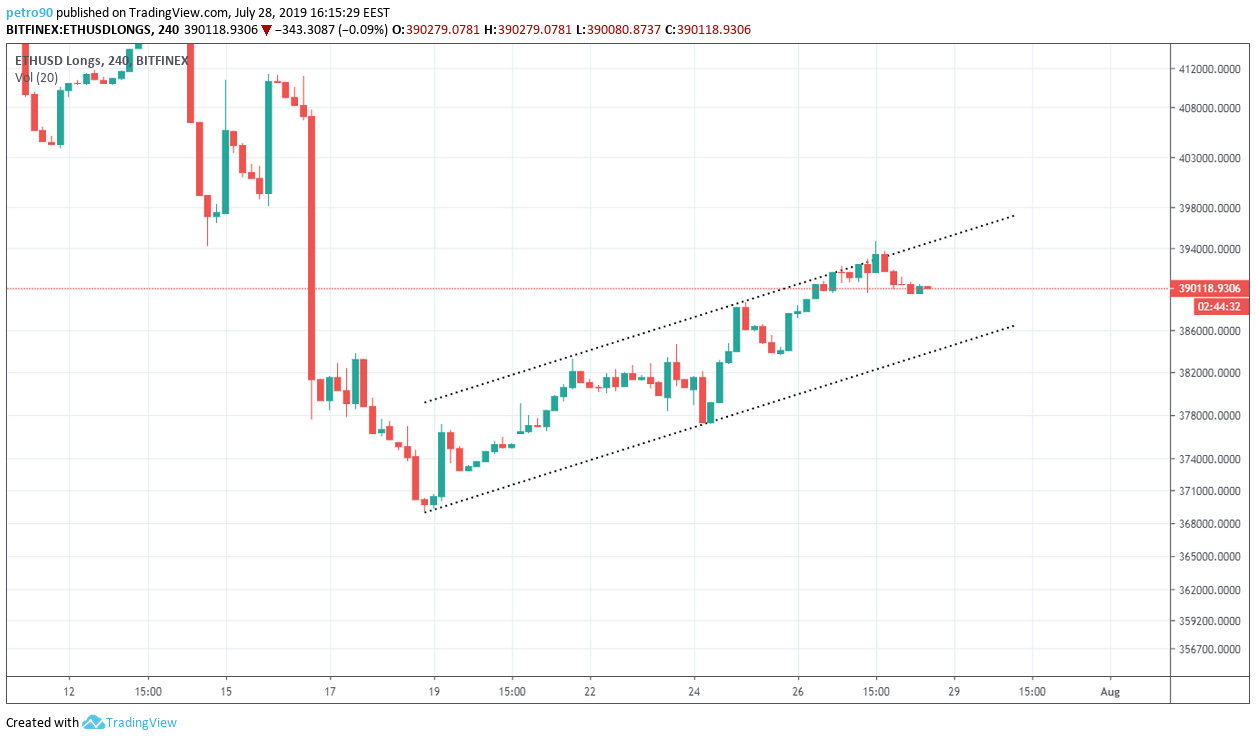 Marginal positions of sellers continue to be in consolidation since April 2019: 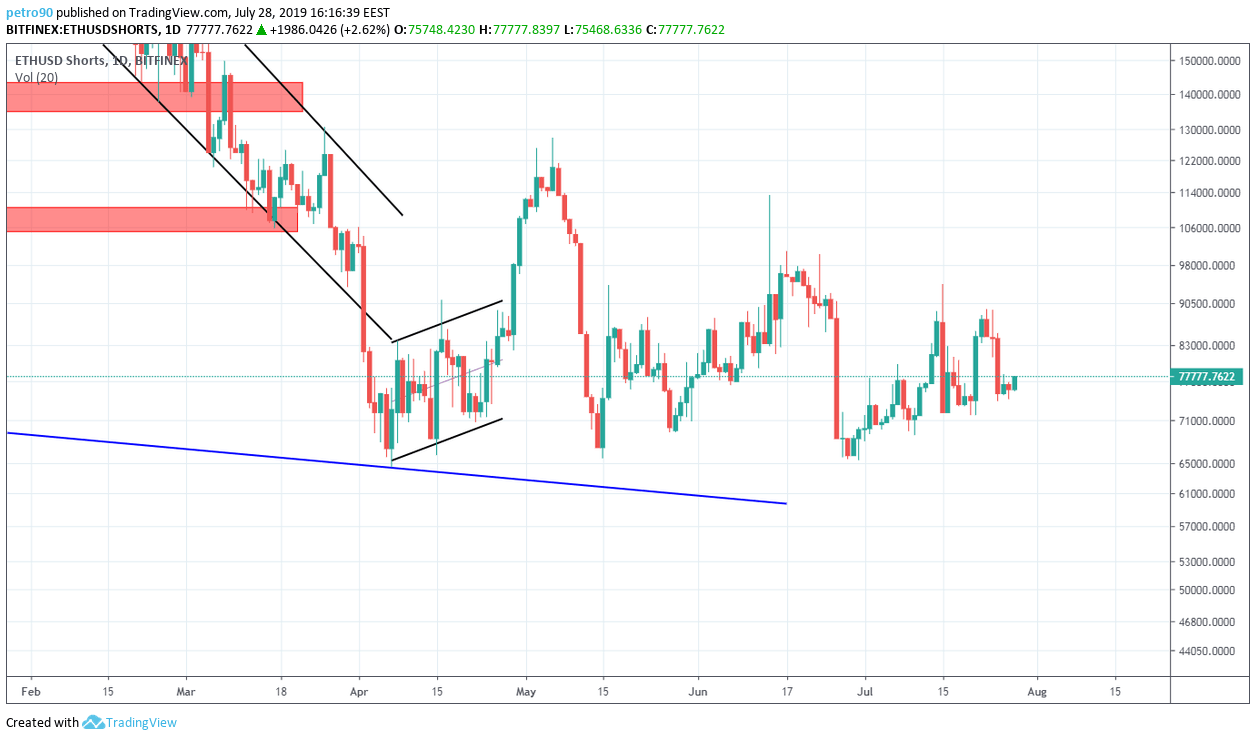 Remind you, that the positions of sellers are now at historical lows.

On the wave analysis, we see that in the triangle 4 waves have already been formed (a, b, c, d). If buyers will be strong enough we will see another wave with the target of USD 220: 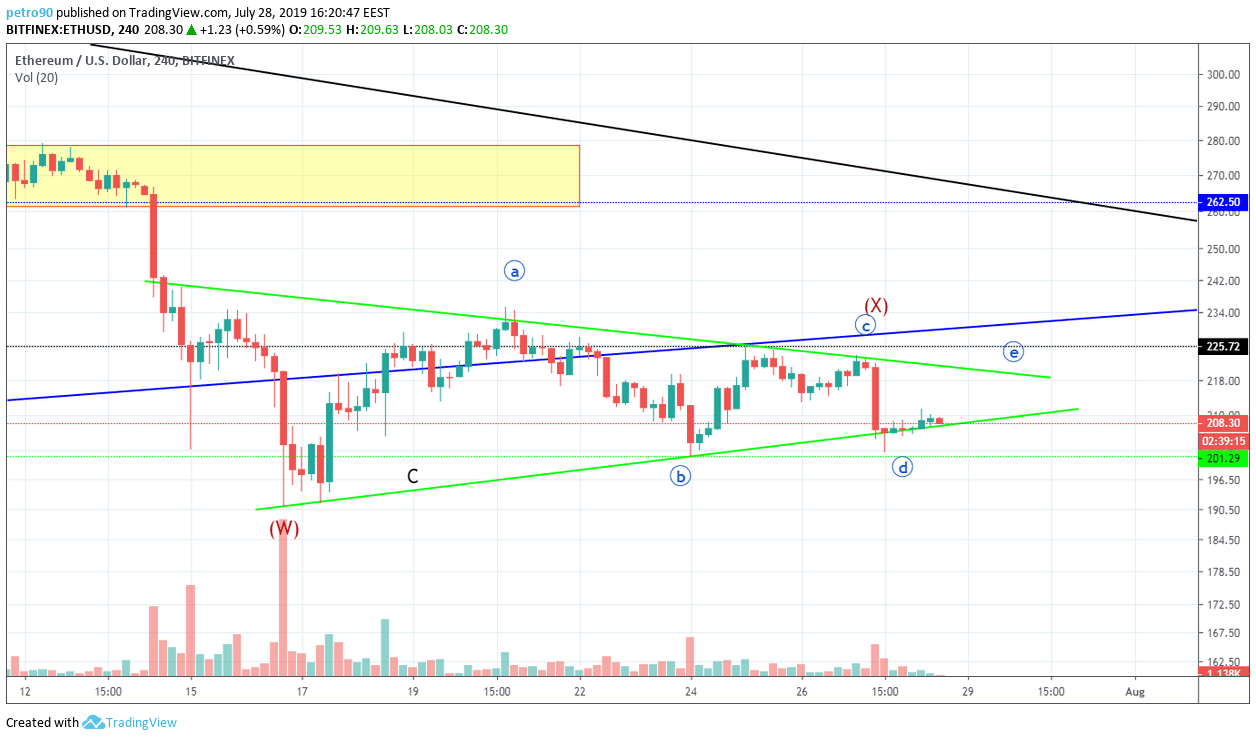 Globally, buyers managed to correct the fall of 26 June by 23.6%. Such a weak correction may induce sellers for a new strong wave of fall with the first target of USD 170 and the ultimate USD 130: 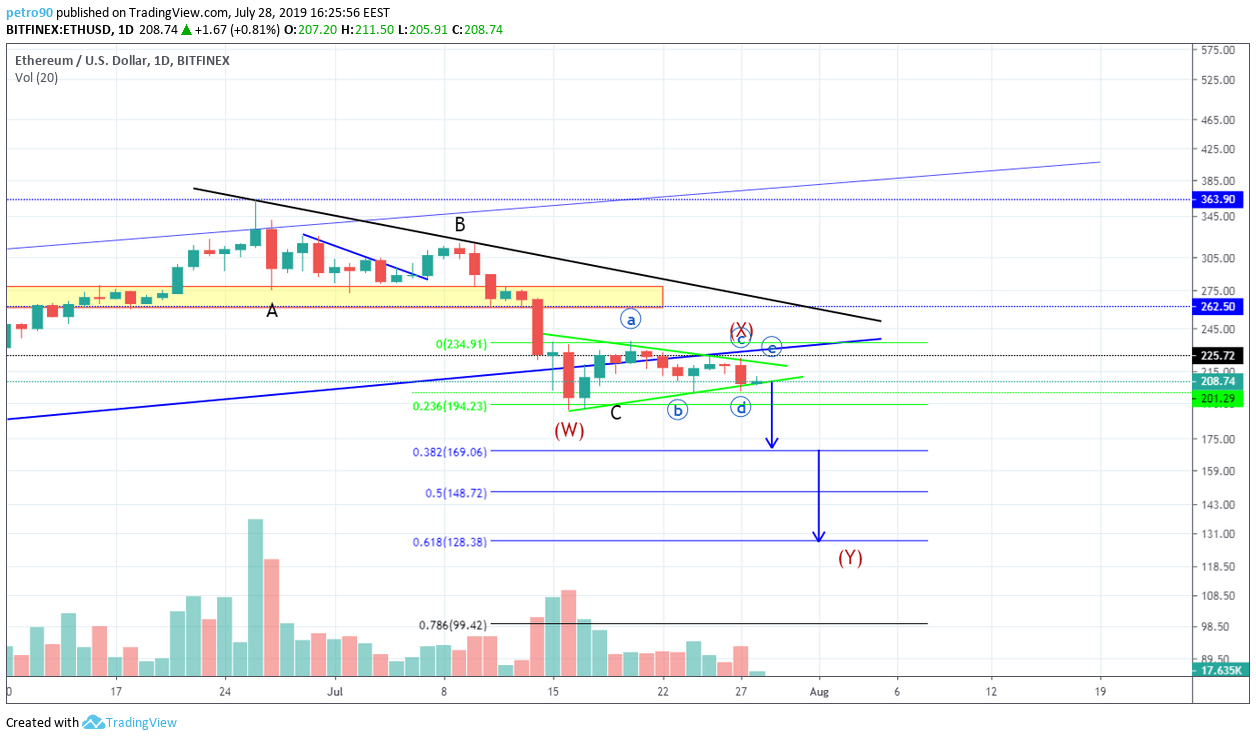 However, since the price is traded in a triangle, there must necessarily be an alternative scenario. Though, in our opinion, there is a big probability of breaking the triangle towards the local trend, breaking the triangle up will be an unexplained surprise for us. In this case, we will closely monitor the strength of buyers at a price of USD 260: 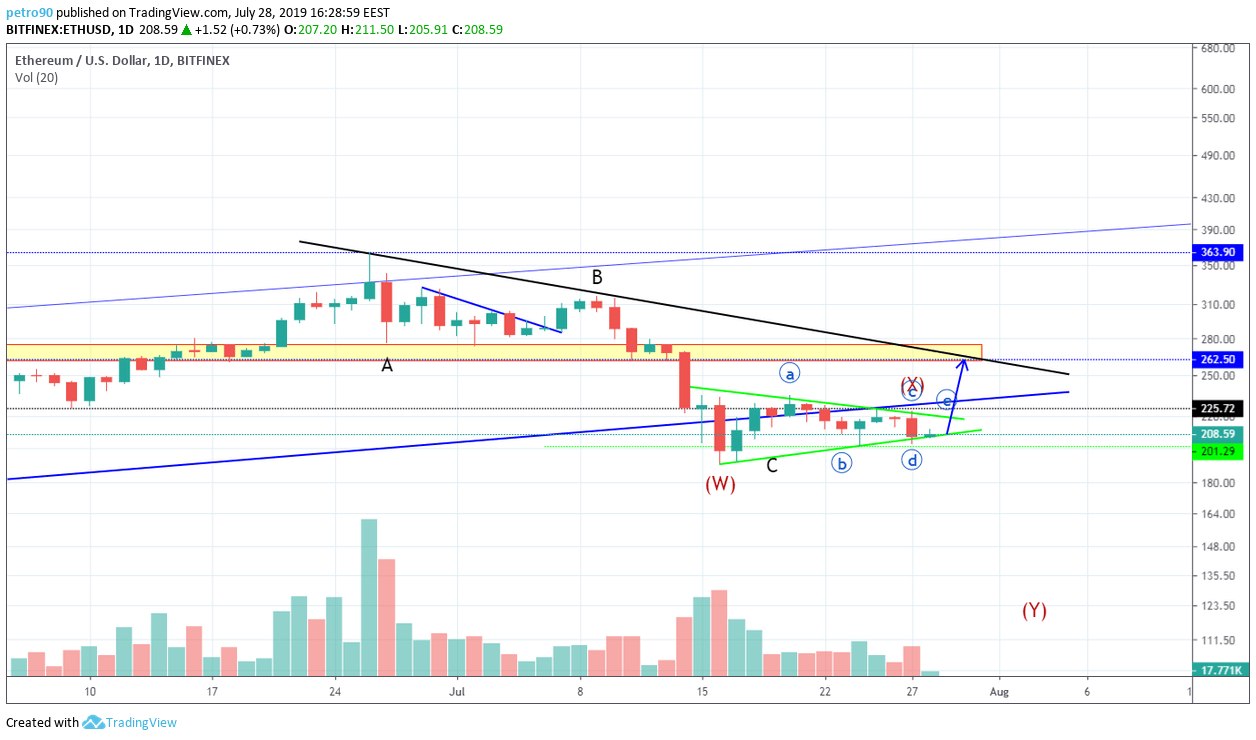 See you on Tuesday, we will see if the triangle will stay intact. We wish you patience and less unnecessary movements in obscure situations!