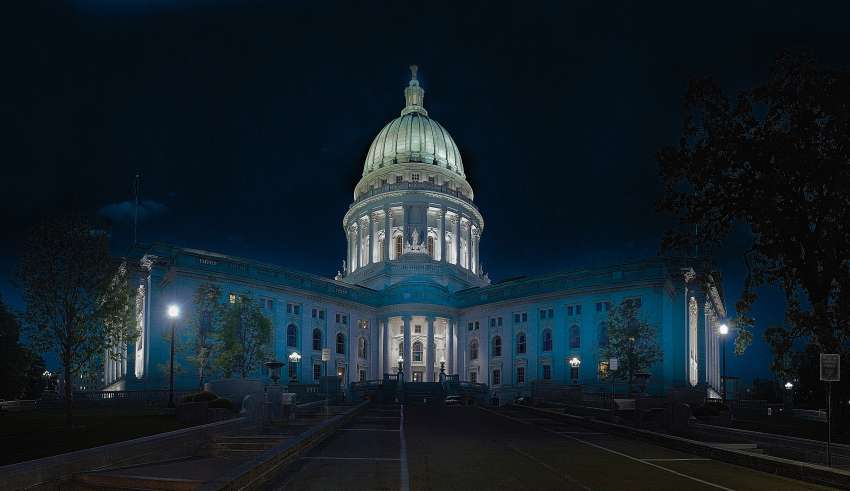 It has been a tug-of-war of sorts for the entire past two weeks of July, as Bitcoin continuously retakes levels above USD 10,000 only to go down below that psychological level again and again.

But now, as lower highs do seem to become more apparent, and longer periods are spent in the USD 9,000 region, a consolidation pattern does seem to be firming up, amid signs that volatility and volume, which had been picking up in the months prior, are now emerging. These point to a certain period, at least for the short term, that Bitcoin price is now comfortably settling in for a period of consolidation, en route to higher highs for 2019.

#Bitcoin vol now the lowest in a month and resting on support.

Former quant trader for Passport Capital, Joe McCann, notes that Bitcoin volatility, which had been on the rise for months, took a flooring after news had emerged that the US Commodity Futures Trading Commission (CFTC) had started investigating Bitmex. This took place just under two weeks ago, when McCann said that it wouldn’t last long. True to point, the weekend bears decided to push Bitcoin down USD 1,000 in a single day.

At the same time, volume in trading, which, as we reported frequently, finally stalled at the same time, declining with every passing day of the CFTC news. As McCann rightly surmises:

“Liquidity begets liquidity and when volume and volatility dry up, reversals are rare and trends remain steadfast, in this case, the sellers are in clear control.”

The recent musings that Bitmex CEO Arthur Hayes had disappeared under the heat also seems to have affected Bitcoin sentiment. Hayes, typically unafraid to voice out his thoughts on social media, has been strangely quiet for the past few weeks, in fact 8 full days before the July 19 news of the CFTC investigation appeared. The official Bitmex account itself also started radio silence just four days after him.

In the last 30 days BitMEX and Finex cold wallets have drawn down about 1/2 Billion dollars each. Please click the new https://t.co/EX5d2DqUK9 and move your trading there. pic.twitter.com/8HS4X15jHR

Crypto commentator Richard Heart also just in this hour posted on his Twitter that Bitmex and Finex cold wallets have been withdrawing their balances, with both now holding less than half of their draw down over the last 30 days.

Whether this is merely a natural exchange run from users worried about the fate of one of the world’s oldest exchanges, or even simply a side effect of no new deposits being handled by them, these will be taken by many to be among many signs of a dying exchange. Indeed, the sentiment on the market seems to reflect this pessimism.

At the same time, Whale Alert, which monitors large transactions over the Bitcoin network, has detected an outflow from Bitmex wallets to an unknown destination, puts the figure down at BTC 2,616 transferred (USD 25.1 million at time of writing).

But there could still be hope for some positive sentiment coming out from today’s US Senate crypto and blockchain hearing on regulatory frameworks — ongoing right now at time of writing, 3:45 pm UTC.

The “Examining Regulatory Frameworks for Digital Currencies and Blockchain” hearing follows hot on the heels of the grilling faced by Facebook’s Libra in mid-July. This time, The Blockchain Association representative, Circle CEO Jeremy Allaire, takes his place in front of the Senate Committee on Banking, House, and Urban Affairs. He is expected to be joined b Rebecca M Nelson, a specialist in international trade and finance, and Mehrsa Baradaran, law professor at University of California, Irvine School of Law.

Since the Circle consortium also has its own stablecoin product similar to Facebook’s Libra, expect more fireworks and probing questions from the Senate. Most commentators will probably already expect the harsh confrontation, but it will be interesting to see if Allaire is better at meeting what will be tough questions than Calibra chief David Marcus. The latter’s defensive responses led to Bitcoin slipping in its march towards USD 12,000, but any similarly poor performance from the former shouldn’t have any pile on effects.

Capital One had over 100 million customers’ data accessed in a massive security breach.

No one has ever hacked Bitcoin.

It is the most secure computing network in the world 🙏🏽

Meanwhile, the news of Capital One getting hacked and losing possibly millions of customer data will provide some impetus for users to seek out more secure alternatives. Resident internet Bitcoin advocate Anthony Pompliano urges people to start using “the most secure computing network in the world”.

With a current difficulty level today exceeding a 6.3 trillion (BitcoinWisdom) and estimated to climb ever higher every two weeks, he could just be right.