Yesterday’s excitement of Bitcoin buyers stopped in the same place where it began. A sharp price shot to the price range of $9,600-9,670 with the intention of breaking through and fixing, ended in a consolidation. This is where sellers begin to change the balance of power. After the first test of the $9,600-9,670 price range, the candles of buyers were aggressive, with large bodies and prospects for the continuation of growth to $10,200. However, after the first failure, the next attempt by buyers was no longer so aggressive: 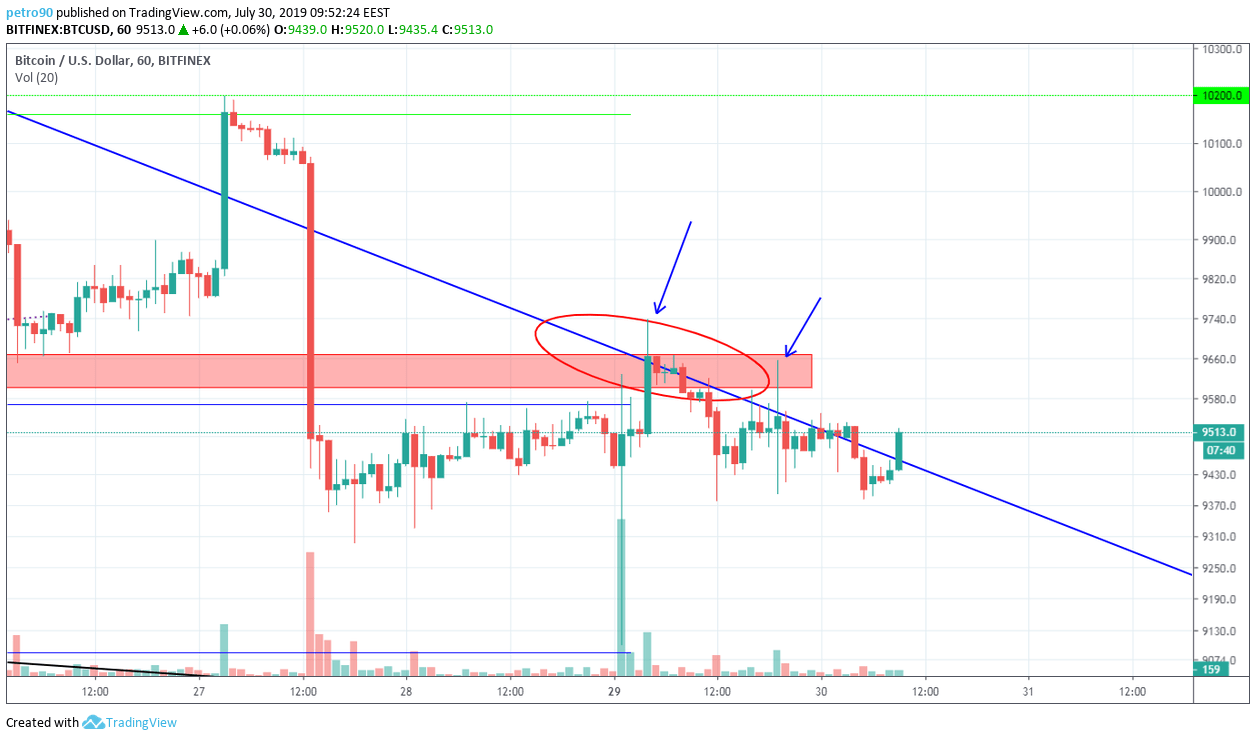 The second attempt shows that the balance of power is now not as straightforward as with a candle, which tested the price mark of $9,738. In terms of volumes, after a sharp test of $9,100, there was no longer an increase in volumes. A local burst of volume after which buyers could not continue their growth can be interpreted as a check on strength for buyers.

Analyzing the current situation, where the price is moving within the blue trend line and the $9,400 price mark, sellers are increasing the likelihood of another test attempt of $9,100.

The 4-hour timeframe makes it clearer that the $9,600-9,670 price zone for buyer attack was quite symbolic. As there were no increased volumes: 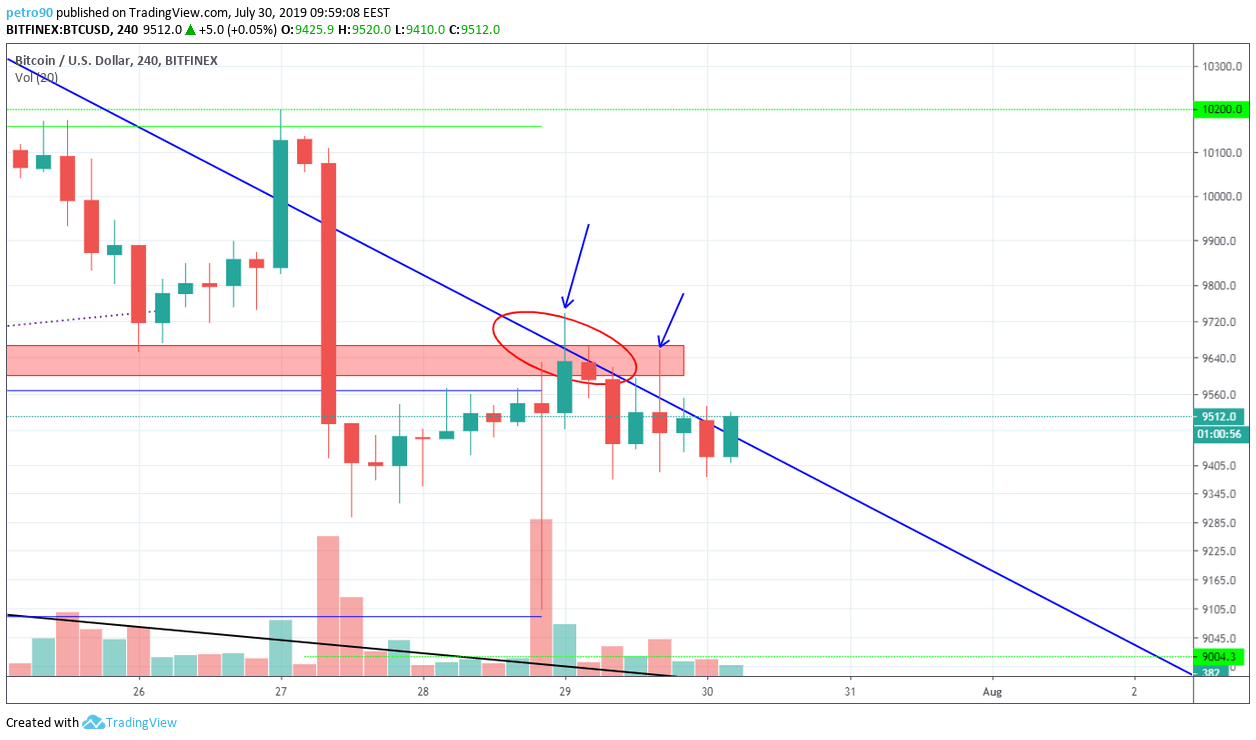 After a double price zone test, sellers no longer allowed buyers to retry and keep the upper limit of consolidation at $9,530.

Buyer mood has not changed significantly. Buyers increase their marginal positions. However, on the daily timeframe, we see a rather sluggish attempt to increase the position relative to the previous two: 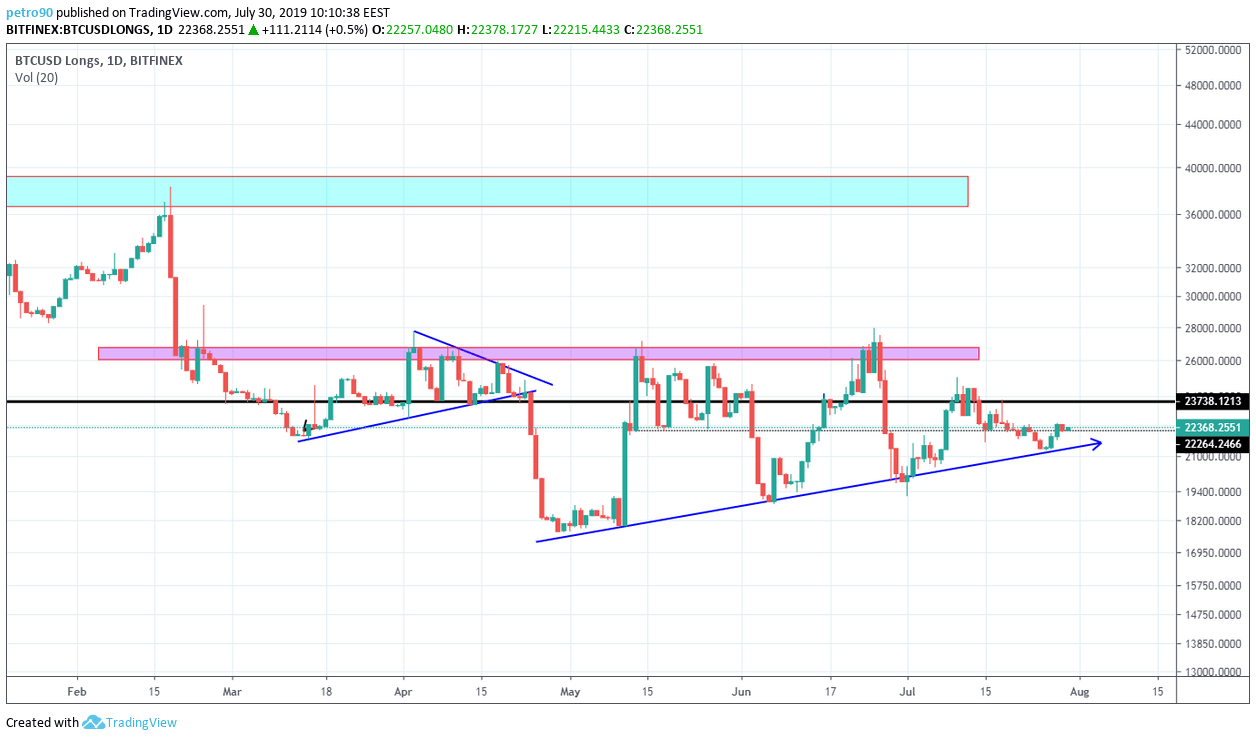 Seller marginal positions continue to move in consolidation. Now, during Bitcoin price growth, sellers close their positions to the level on 27 July: 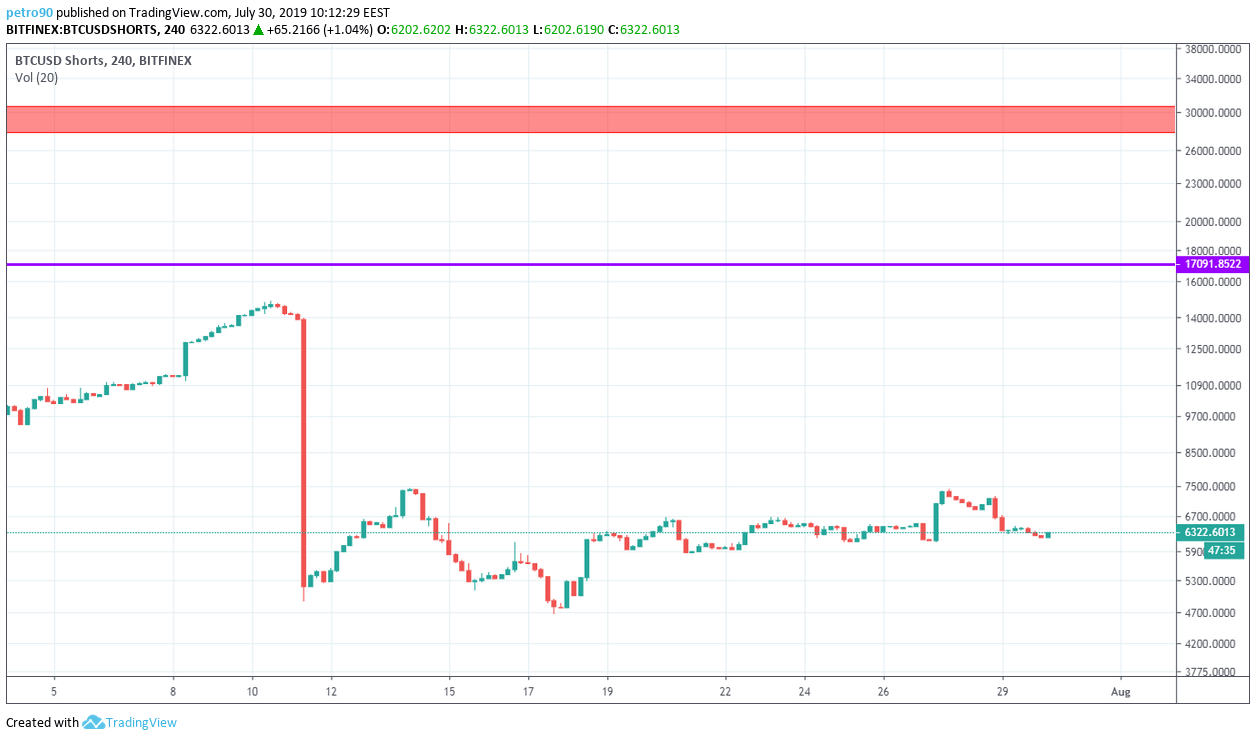 The wave analysis shows that after sellers attempted to break through the level of Fibonacci 50%, buyers have a problem with another level: 38.2%. Despite yesterday’s aggression of buyers, the advantage is on the side of sellers.

Therefore, yesterday’s forecast remains valid with a remark of likely fall and $9,100 test. Have a nice day and see you tomorrow!