It’s great when the opportunities presented are eventually realized.

A good example of this is on the chart of Bitcoin where buyers were able to locally change the trend of sellers, fixing themselves over the price range of $9,600-9,670. In the previous analysis, we wrote about the likelihood of growth continuation to $10,200-10,400, which worked out.

After fixing above the blue trend line which sellers kept from 10 July, buyers at least moved into the new trading range with an upper limit of $11,100. The middle of consolidation is just where the price is now: $10,100. Why do we think market consolidation will continue? Simply because the price range has changed.

Again, the volumes are too small to say that buyers have gained strength and are confidently stepping up to the high updating. Take a look at the situation on 18 July, when sellers firstly tested $9,100: 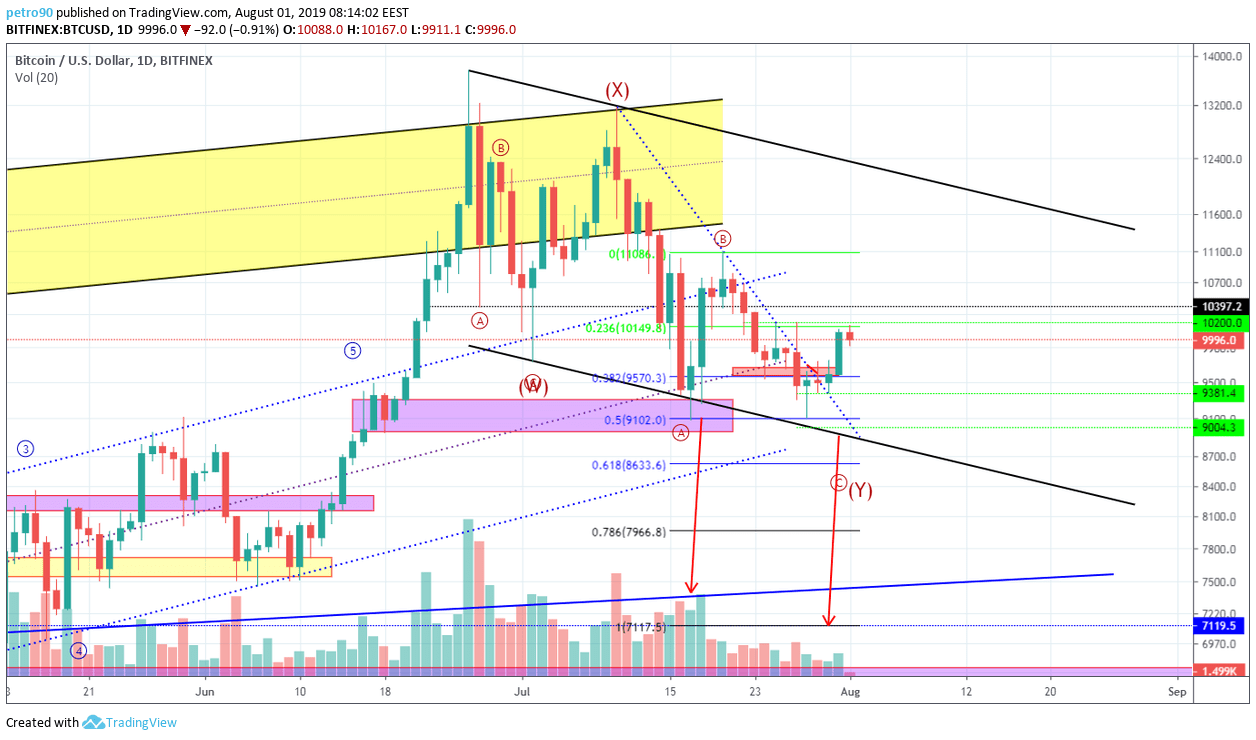 At that time, volumes were much higher, but buyers were unable to break through the blue trend line. It is because there was no accumulation period in the form of consolidation. As a rule, without such a period, strong movements do not begin, and if they begin, they end with an identical sharp fall. Comparing today’s volumes, we can see that now buyers are in energy-saving mode. They have changed the market situation locally for their own benefit.

Regarding certainty, the chart of the marginal positions is not yet noticeable its growth: 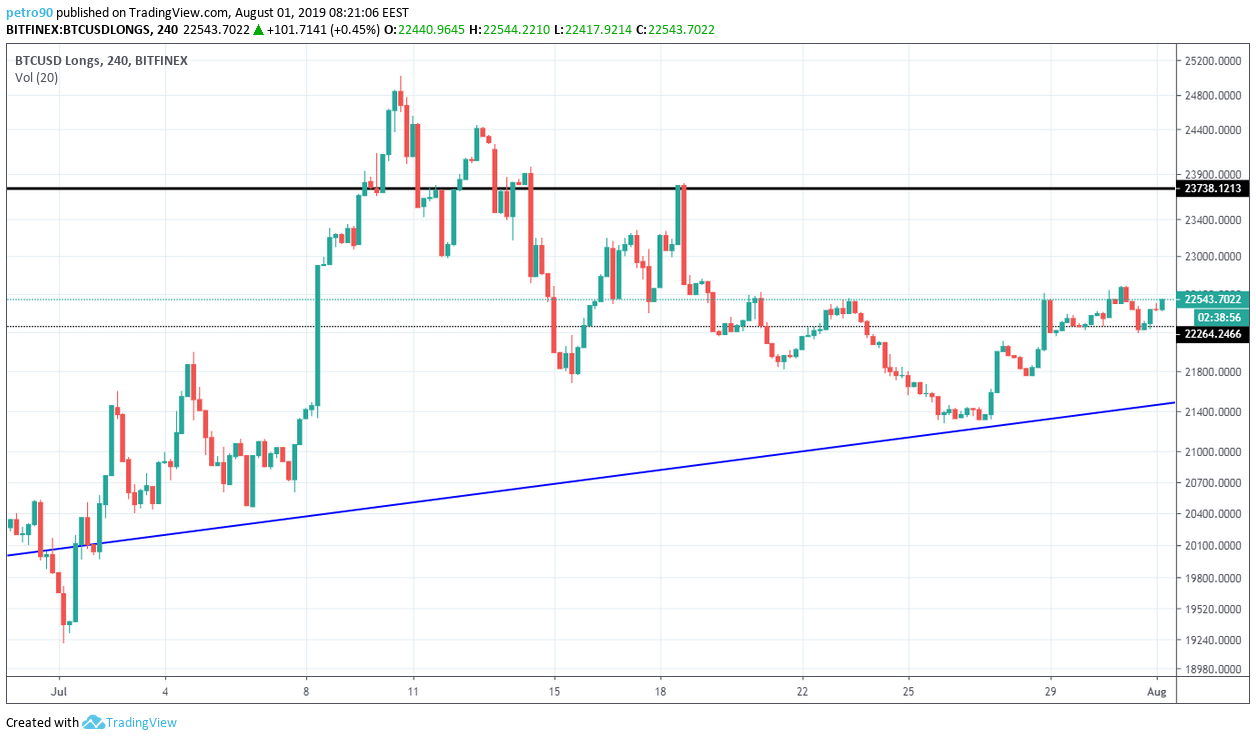 After breaking through the price range of $9,600-9,670, buyers did not actively increase their positions, which confirms the fact of their “energy-saving mode”.

However, Bitcoin sellers are not scared nor are they closing their positions in panic: 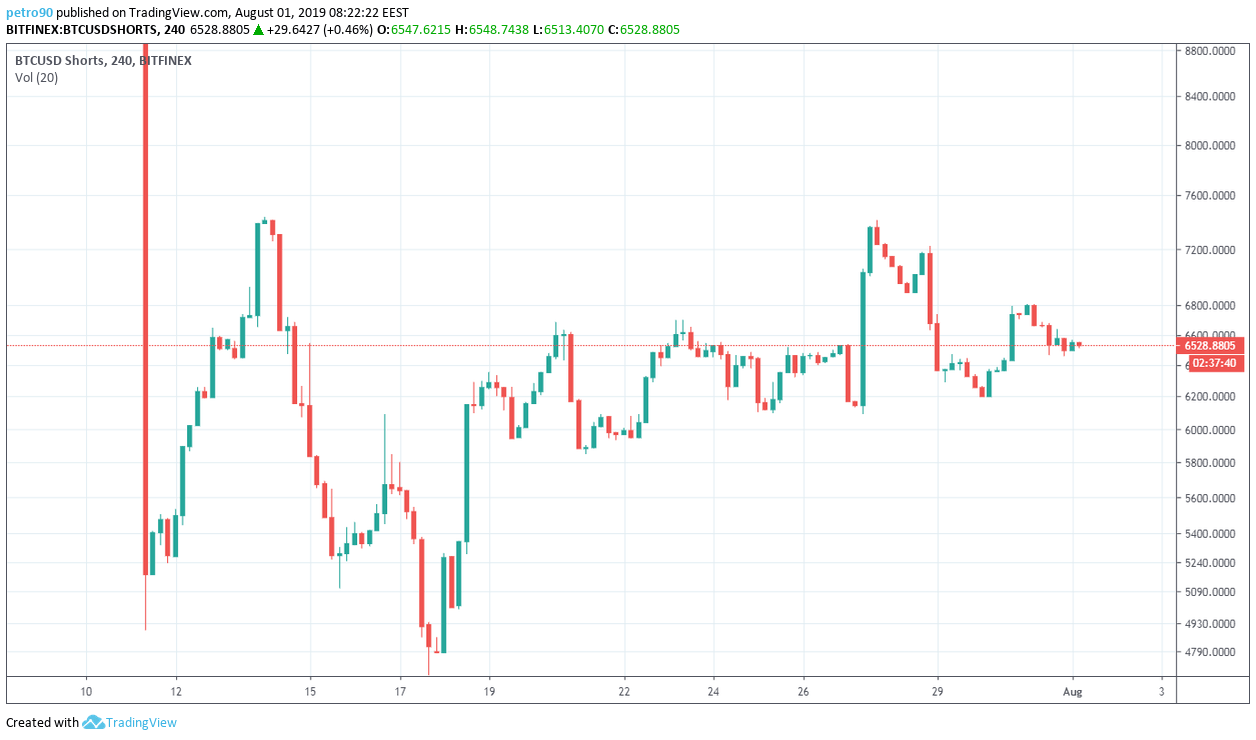 According to the wave analysis, after fixing the price above the 38.2% level, the price even with no special volumes flew more fun, breaking the next mark of $10,100: 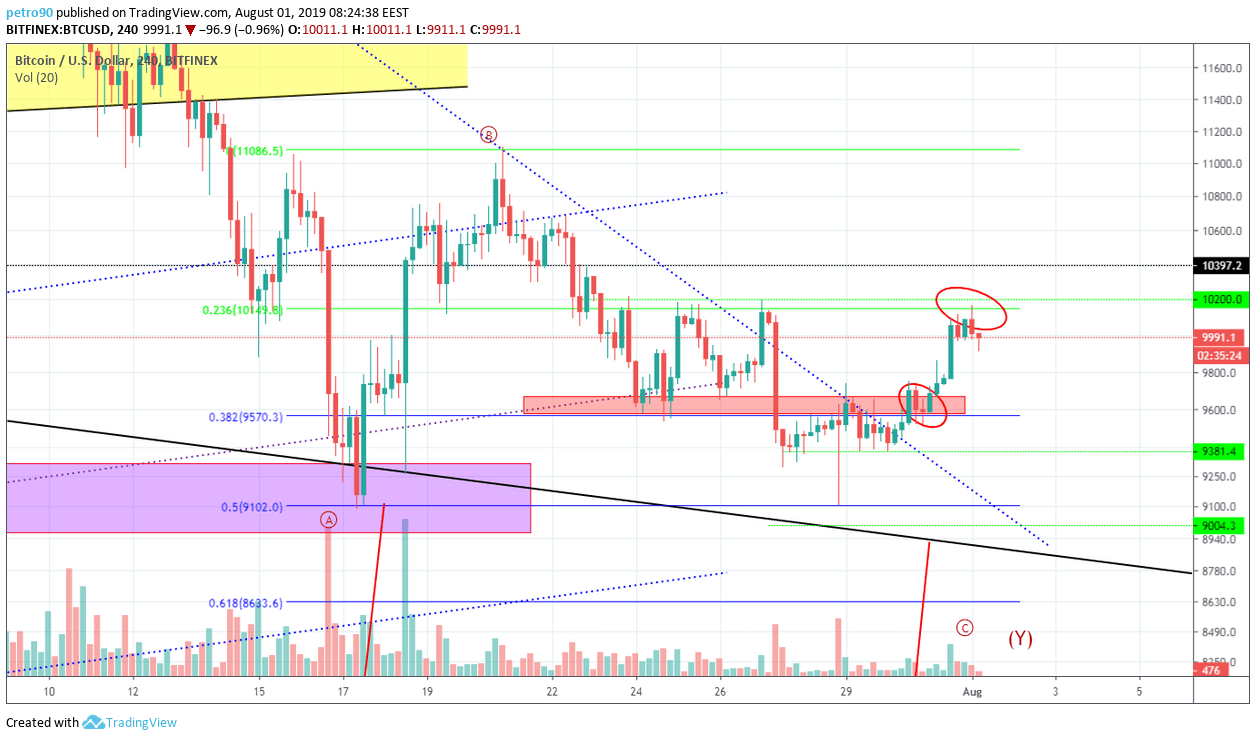 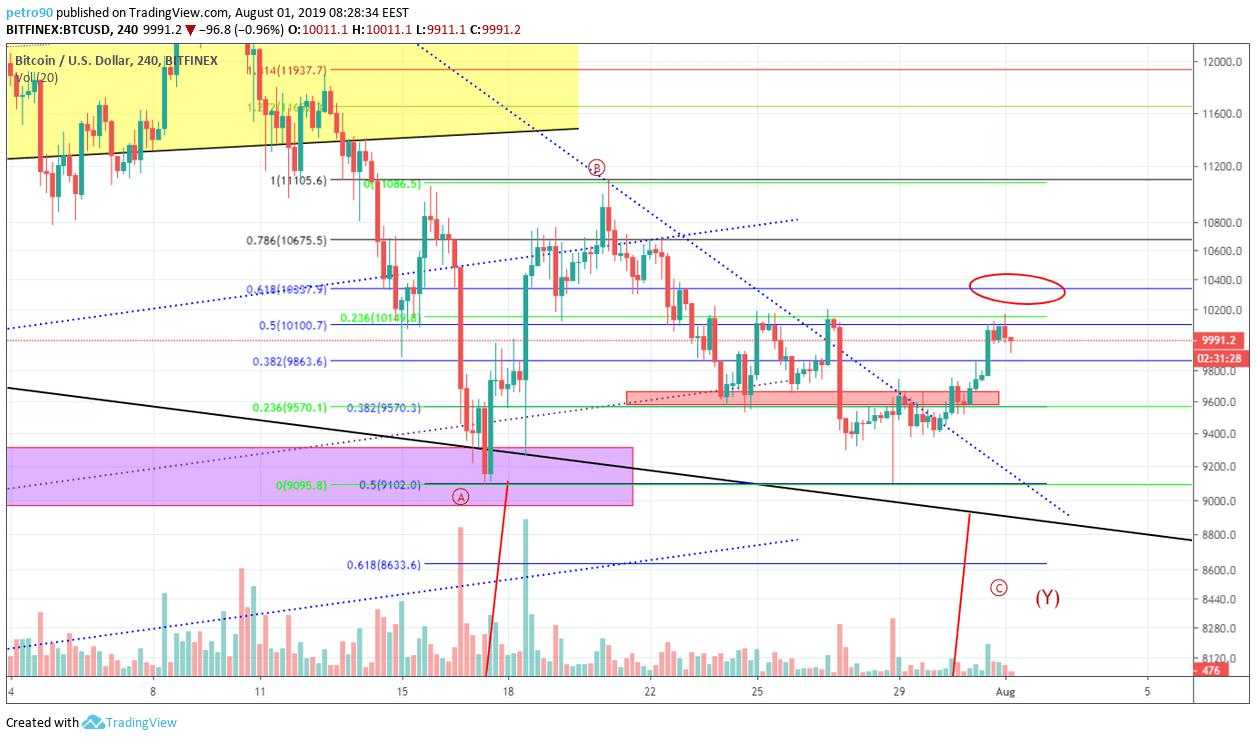 To continue aggressive growth, it is advisable for buyers to keep the price not even in the price range of $9,600-9,670, but rather at the price of $9,860. Let’s see if there will be enough power for passive buyers to cope with $10,100-10,400 tomorrow and whether sellers will wake up. See you in the next Bitcoin analysis!