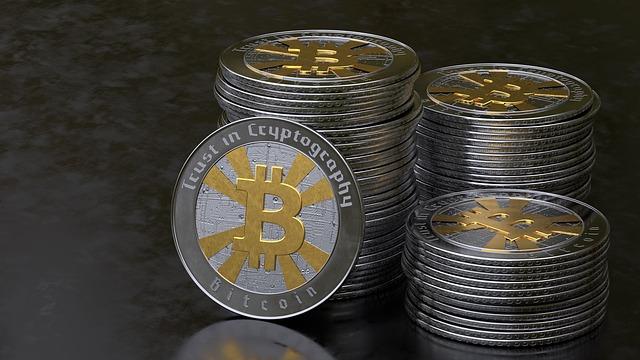 The bulls celebrated yesterday after the US Federal Reserve announced a cut to interest rates, but five brief USD 10,000 rallies were all that came from that announcement as buyers failed to overcome selling pressure at that key level.

Spurts of volatility did seem to enter the market after many days of low volatitlity and low volume action, but all in all, the range was still relatively narrow, with a low of USD 9,884 achieved at the peak of Asian markets coming after a high of USD 10,153 in afternoon European trading, coinciding with the Fed Reserve announcement. Now, Bitcoin trades at USD 10,035 at 4:00 pm UTC (CoinDesk) to only 0.2% less than the same time yesterday.

There doesn’t seem to be much more chatter online in terms of sentiment on a global scale with regards to the economy, except that of a continuous gloomy outlook across the board. With moody elements starting to take hold of stock markets from Nikkei in the East to S&P 500 in North America, Google trends is already showing less investment interest in these traditional vehicles, and showing a continued surge of interest for decentralized assets like Bitcoin.

So much so, that for the first time since 2017, Google searches for Bitcoin have surpassed that of stocks. Utomarket asks if this could mean that people are more interested in decentralized currencies, given the bad outlook for fiat like the US dollar. The fact that the last time this happened was in 2017, prior to when the intense bull run of 2017 resulted in an all-time high price of USD 20,000 for Bitcoin, is not lost on investors, who wonder if we are still in time to see another parabolic rise for crypto this year.

#DTA #BTC Boris Johnson’s recent appointment to the role of UK Prime Minister has coincided with a spike in Google searches in the nation for the word “Bitcoin”. In …Read more: https://t.co/3z3rsA3WRD

Of course, patterns are easily drawn and conclusions shouldn’t simply be drawn from coincidental convergence. This Tweet above from WebNow that says how new UK Prime Minister Boris Johnson’s election coincided with a Bitcoin spike in Google searches demonstrates the failure of such dangerous correlations.

Of course, if you’re a bull like many of the Bitcoin traders appear to be now, they see nothing but good signs on the charts, with the likes of NodeSource founder Joe McCann saying that a dropping volume against improving funding rate and liquidity simply means that sentiment for Bitcoin is “no longer depressed”.

2/ The Vol channel has had 2 consecutive days closing below the channel support.

I'd argue this channel is invalidated.

August is upon us and historically, traders trade less around this time.

Vol may trade sideways to lower until September now that we are invalidated. pic.twitter.com/sKuHcBbtKp

He further argues that the 2 consecutive days of closing below channel support is now invalidated because of historically low trading volumes in August, before proceeding to show a stack of bullish evidence, including improving momentum indicators, price testing of key points of control, and a Greed and Fear Index breaking out of its low.

On the other side of the eternal divide, some analysts are now wondering if the UK FCA’s classification of Bitcoin and Ether as decentralized assets wasn’t so great a piece of news after all. A Forbes article today quotes the FCA executive director of strategy and competition, Christopher Woolard, who warns that:

“This is a small, complex and evolving market covering a broad range of activities… Consumers should be cautious when investing in such crypto-assets and should ensure they understand and can bear the risks involved with assets that have no intrinsic value.”

This seems to be welcome fuel for those who have long fought against Bitcoin having any intrinsic value, since they see it as magical internet money that is neither backed by physical assets nor state security. US President Donald Trump is only one of many who have been very vocal in dismissing Bitcoin as nothing more than playmoney.

But while their statements appear to be true in a traditional sense, Finder.com’s John Ostler in an interview with Telegraph at least notes that the brand itself holds some value and is likely “to stay the course”.

Those who do understand the technology understand, however, that there is so much value in Bitcoin that is completely absent in traditional money. Its ability to be verified by anyone without needing to trust any other entity other than yourself. Its ubiquity throughout the world — you can find anyone willing to trade Bitcoin for any fiat. Even the US dollar can’t be bought as easily as Bitcoin in Iran or Venezuela today, for example. And not least its security: to reverse a transaction or to hack a bitcoin wallet, you would need so much resources in terms of money and computing power, that even if you could succeed with a 51% attack, the entire network would recognize the malicious attempt and reverse the damage quickly.

But enough about extolling the virtues of Bitcoin. For the majority of people, price is the only value understood by all, and as Bitcoin right now straddles the stubborn resistance — or faithful support, depending on how you see it — of USD 10,000, we will see what August brings us.