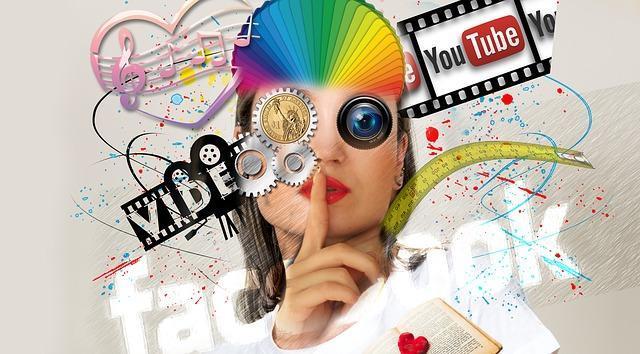 Cryptocurrency-related social media groups, chat rooms and pages are often full of enthusiastic posters, scammers and active promoters who seem to be making a lot of mark on the industry. At the same time, there are many crypto influencers like John McAfee who influence and make the news without doing much.

While the active promoters do have a certain effect on market indicators, it is also important to note that the cryptocurrency markets, especially the all-important Bitcoin price index, do not entirely respond to these loud voices in the space. Rather, according to detailed studies, it is the “silent majority” that has the lion’s share in determining the future of the markets.

Who are this silent majority on social media?

These are the not-so-active people on popular networks who comment, share and promote stuff sparingly regarding cryptocurrencies. While they are not actively involved in conveying what’s going on in their minds to other people, they are affected by news and other latest developments in subtle ways that are ultimately reflected in the latest Bitcoin price index.

Also, this is not the silent majority that Donald Trump regularly referred to in his 2016 campaign. That is a political reference to the notion that the majority of the American public shares his views and supports him, just that they are not that active on digital and social media. The term was first coined by President Richard Nixon who believed those opposing his policies including the Vietnam War were just a noisy minority and his supporters were actually the silent majority.

Anyway, back to the cryptocurrency world. The theory that the silent majority determines the market behavior has been around for some time. The thinking is that this silent majority has dynamics of its own and may or may not respond to positions taken by prominent people not associated with cryptocurrencies.

I am not a fan of Bitcoin and other Cryptocurrencies, which are not money, and whose value is highly volatile and based on thin air. Unregulated Crypto Assets can facilitate unlawful behavior, including drug trade and other illegal activity….

For example, President Trump in a series of recent Tweets wrote that he is “not a fan” of cryptocurrencies like Bitcoin or Facebook’s Libra and further stated without proof that Bitcoin enabled illegal activity and was not “money”.

Despite the hard-hitting blanket of Tweets, Trump’s words didn’t have much of a negative or positive effect on the Bitcoin price index. While it did post some modest gains in the aftermath, it seemed that the crypto community including the silent majority wasn’t buying his rhetoric and ignored it, at least for the time being. If it had been a cryptocurrency influencer like John McAfee or even Craig Wright, the self-proclaimed Satoshi Nakamoto, the results would have been very different.

According to a 2015 study titled “The Impacts of Social Media on Bitcoin Performance”, Mai, Bai, Shan, Wang and Chiang published in The Thirty Sixth International Conference on Information Systems, Fort Worth 2015, social media is a very important indicator of the Bitcoin market’s future. The paper also concludes that people who are active in groups and post relentlessly have little effect on the determination of the price index.

“On the other hand, posts from the most active Internet forum contributors have weaker association with future bitcoin returns, as compared to posts from the silent, but salient majorities…”

The study itself is from four years ago but rightly points out the dynamics of the determination of the Bitcoin price index. It emphasizes the importance of the right kind of social media influencers since their “silent but salient majority” followers get influenced by them.

This validates the popular theory that the silent majority of the Bitcoin social media community is much more important and the influencers who can target this community effectively are the ones that are going to have much importance for crypto firms in the near future.

But it has to be pointed out that while the study has been proven for Bitcoin price index, the theory is ONLY applicable to the largest cryptocurrency itself. Altcoins, on the other hand, with numerous pump and dump schemes being systematically undertaken, may behave entirely differently. It is often witnessed that these notorious pump and dump schemes involving some of the smaller coin projects are associated with a flurry of social media activity from spammers and influencers.

It is also seen that in such cases, social media activity by volume can be effective since altcoin dynamics are very different from Bitcoin’s. Bitcoin has currently just over 60% of the total market capitalization in crypto; it is very difficult to conduct pump-and-dump schemes on it and is, therefore, relatively stable.

In conclusion, when it comes to Bitcoin, the silent majority of the crypto community is the all-important factor when it comes to determining the price index, both in long-term and short-term outlooks. While the relationship is dynamic and not fully understood at the time, it is clearly observable the silent yet salient majority holds one key for the future of Bitcoin market.