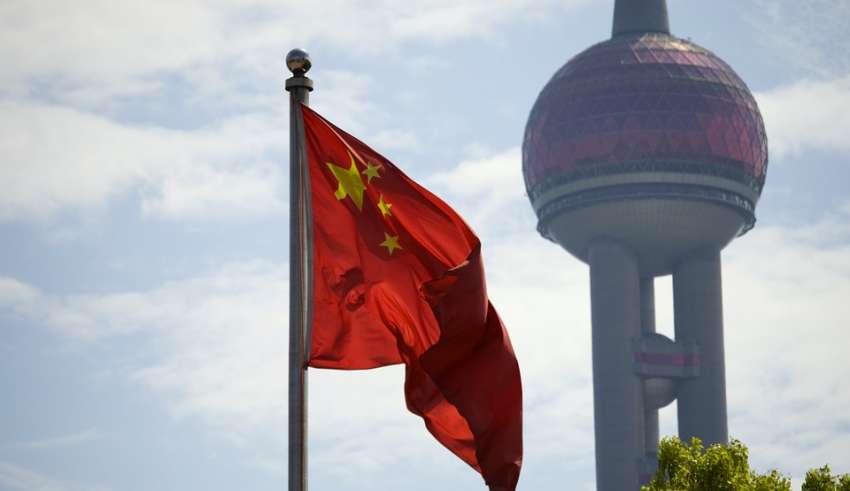 Bitcoin has rallied from USD 3,000 in February to nearly USD 12,000 at the time of this writing in early August, and Chinese capital controls may be an important factor in this year’s Bitcoin rally.

China has a long history of capital controls, which essentially means that Chinese citizens are not allowed to freely move their money out of the country. For example, in 2017 China lowered the international ATM withdraw limit for citizens to USD 15,000 per year, and the cap for sending money internationally is USD 50,000 per year.

The reasoning behind capital controls is that if money is kept in China then the Chinese economy will be stronger, although this is perhaps debatable since capital controls are detrimental to free trade. Another possible reason is capital controls make it difficult for Chinese citizens to leave the country permanently since most of their hard-earned money would be stuck in the bank.

Already in 2014, it was reported that Chinese citizens were using state-backed UnionPay bank cards to funnel money into Macau, from which point, Chinese citizens can withdraw the money and send the money abroad. This is due to the fact that Macau has some sovereignty and different laws than the rest of China.

Another hotspot for circumventing capital controls is Hong Kong, another territory in China similar to Macau in terms of sovereignty. Apparently, Chinese citizens overpay Hong Kong merchants for goods or services, and then for a fee that money can be withdrawn for international use. This activity actually shows up in the data for Chinese imports from Hong Kong.

There is a striking correlation between Bitcoin’s price and Chinese imports from Hong Kong, when an 18-month lag is used for Bitcoin’s price. This indicates that when Chinese imports from Hong Kong spike, then Bitcoin begins to rally several months later. This correlation is noted for both the rally that peaked in late 2017 when Bitcoin hit USD 20,000, and for the ongoing bull run in 2019 which has brought Bitcoin as high as USD 13,800.

Specifically, Chinese imports from Hong Kong began to surge in late 2018, and that surge accelerated at the beginning of 2019. Shortly afterward in February 2019, Bitcoin’s price began to rise from its bear market low, and by April 2019, a full-fledged Bitcoin bull run was underway.

It is perhaps not surprising that Chinese capital outflows can have such a big impact on Bitcoin, since if only a small amount of the USD 22 trillion of deposits in China is sent out of the country via Bitcoin it would cause a significant Bitcoin rally, and this may be what is happening.

The trade war between the United States and China has caused the Chinese government to become even more strict with their capital controls, and this may explain the recent surge in Chinese imports to Hong Kong. In May 2019, it was reported that Chinese citizens could not withdraw even small amounts of US dollars from Chinese banks, even if they are within their yearly quota. Another example is that a Chinese citizen was told they were too old, and denied the capability to send US Dollars abroad. This is somewhat shocking considering that this citizen was a banker, and had previously supported the capital controls.

It can be speculated that the recent crackdown on US dollar availability in China is happening because the Chinese government is trying to ensure that citizens use the Chinese yuan, in order to increase its value, instead of selling them off for US dollars. However, despite the laws, some citizens may be using the Hong Kong method to get their money into US dollars, especially since the yuan is losing value relative to the dollar.

The link between Chinese citizens circumventing capital controls and Bitcoin’s market behavior can be explained by the fundamental characteristics of Bitcoin itself. Bitcoin can be sent anywhere in the world instantly, and Bitcoin is inherently pseudo-anonymous. Bitcoin can even be fully anonymous if a VPN or Tor is used, giving Chinese citizens peace of mind that the illegal capital outflows will not be easily traced back to them. Compare this to fiat payment methods which require full identification information. Fiat payment methods are not useful for circumventing capital controls since they could easily be linked back to Chinese citizens, possibly leading to arrest.

Indeed, there are numerous options available in Hong Kong to buy Bitcoin, further solidifying the connection between imports from China to Hong Kong and Bitcoin market behavior. Essentially, Chinese citizens overpay merchants in Hong Kong for goods and services, the merchant gives the citizen the cash in Hong Kong, then that cash can be used to buy Bitcoin, and sent anywhere in the world.

…during the talks the U.S. will start, on September 1st, putting a small additional Tariff of 10% on the remaining 300 Billion Dollars of goods and products coming from China into our Country. This does not include the 250 Billion Dollars already Tariffed at 25%…

This data and theory indicate that it is important to monitor the news coming out of China, especially in regards to the trade war with the United States, since the increase in Chinese capital outflows since the trade war began is likely a factor in this year’s Bitcoin rally. If the trade war intensifies more, that will perhaps lead to additional gains in value for Bitcoin. Indeed, the price of Bitcoin has surged from USD 10,000 to USD 12,000 since President Trump of the United States announced additional tariffs of 10% on USD 300 billion of Chinese goods.

The post Chinese Capital Controls Turn the Heat on for Bitcoin appeared first on BitcoinNews.com.