Summarizing the day, let’s start with a test of our main target which Bitcoin buyers have achieved today. In the previous analysis, we wrote that globally the price has been moving in the black channel since 26 June. After a sharp break of the price mark $11,100, buyers accelerated the price movement. Also they in just a day were able to reach a critical point of $12,300 on the daily timeframe, even for some time go beyond the black channel: 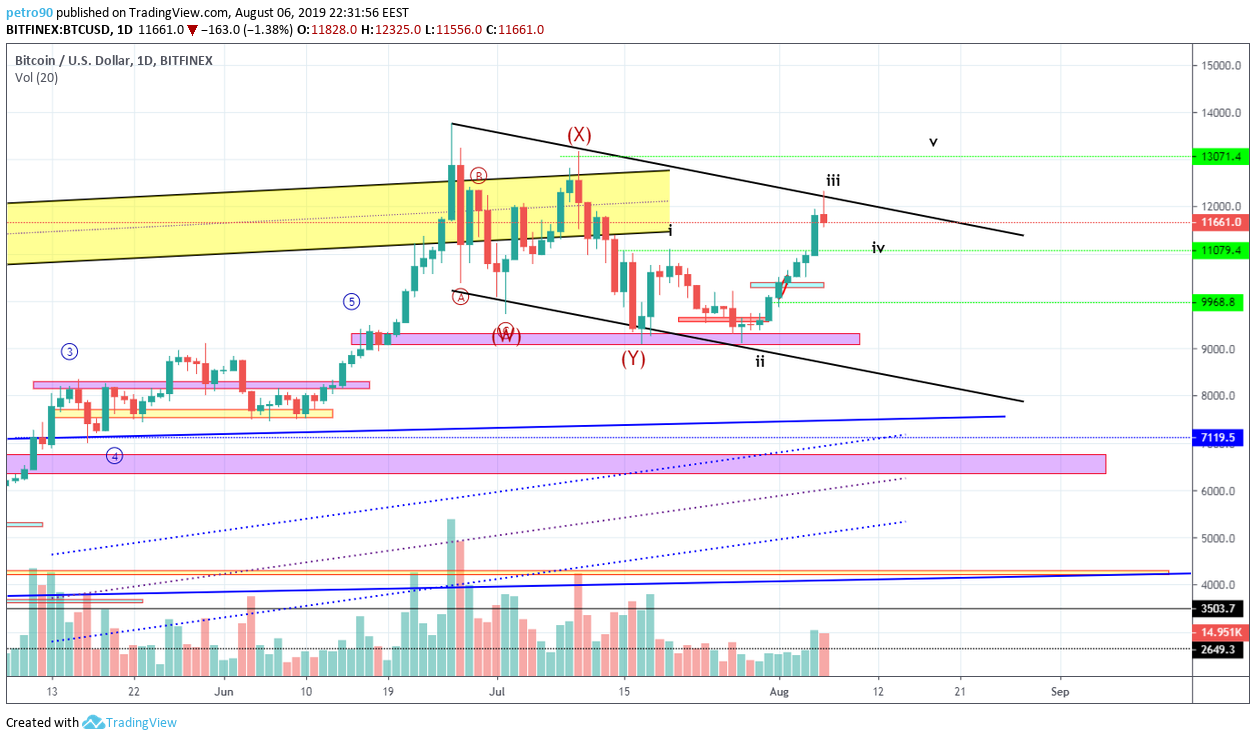 As a result, on increased volumes a large pin was formed (increased volumes relatively to the candles of the previous 2 weeks). This situation tells us the likely local reversal and the test of $11,100. Bitcoin buyers task, if they still have ambitions, is to keep that price. Then the next likely price stop will be $13,100. However, it is too early to talk about it and we will continue to analyze the hourly timeframe: 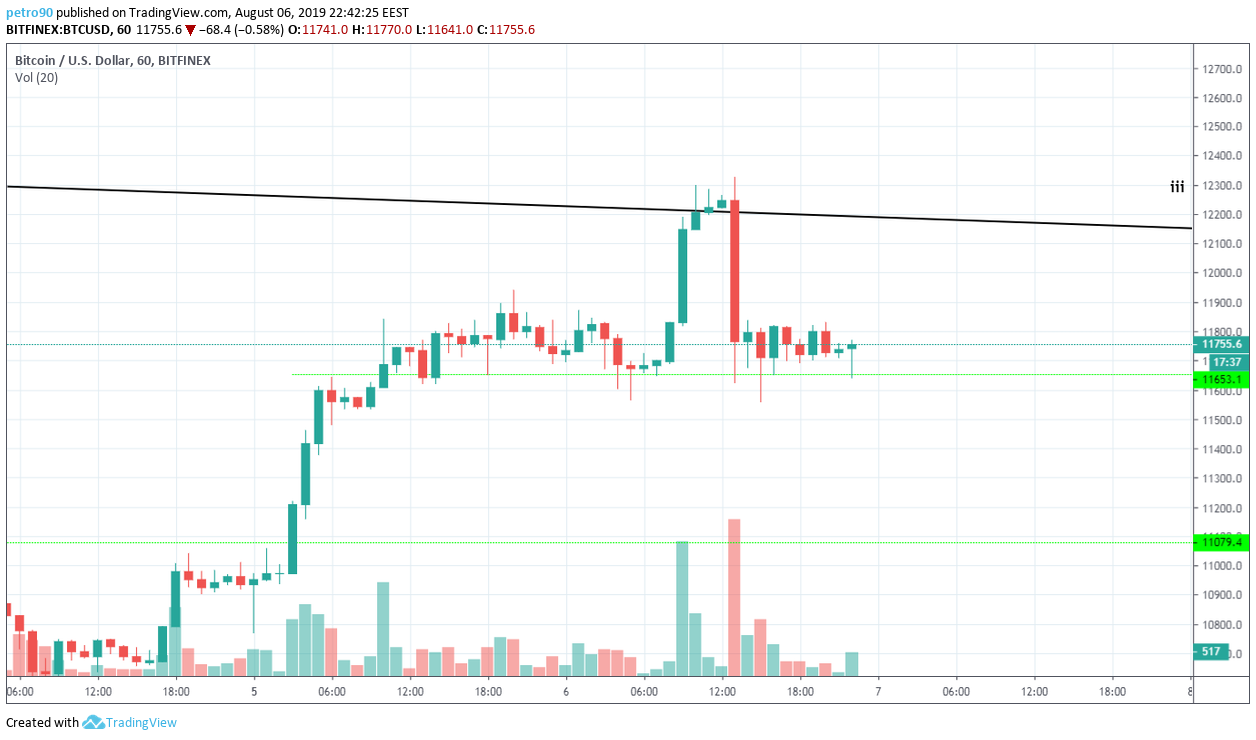 Notice how buyers actually took the initiative to sellers after feeling the first resistance. After a strong green candle which get buyers to the black trend line, each subsequent buyers’ candle was smaller and with smaller volumes. After such an attack, Bitcoin sellers felt the advantage and with the same ease lowered the price. On the hourly timeframe, the local critical point is $11,650. After breaking this price, we will expect $11,100.

In the mood of buyers, we see that after the first test of the black trend line, they began to close their positions: 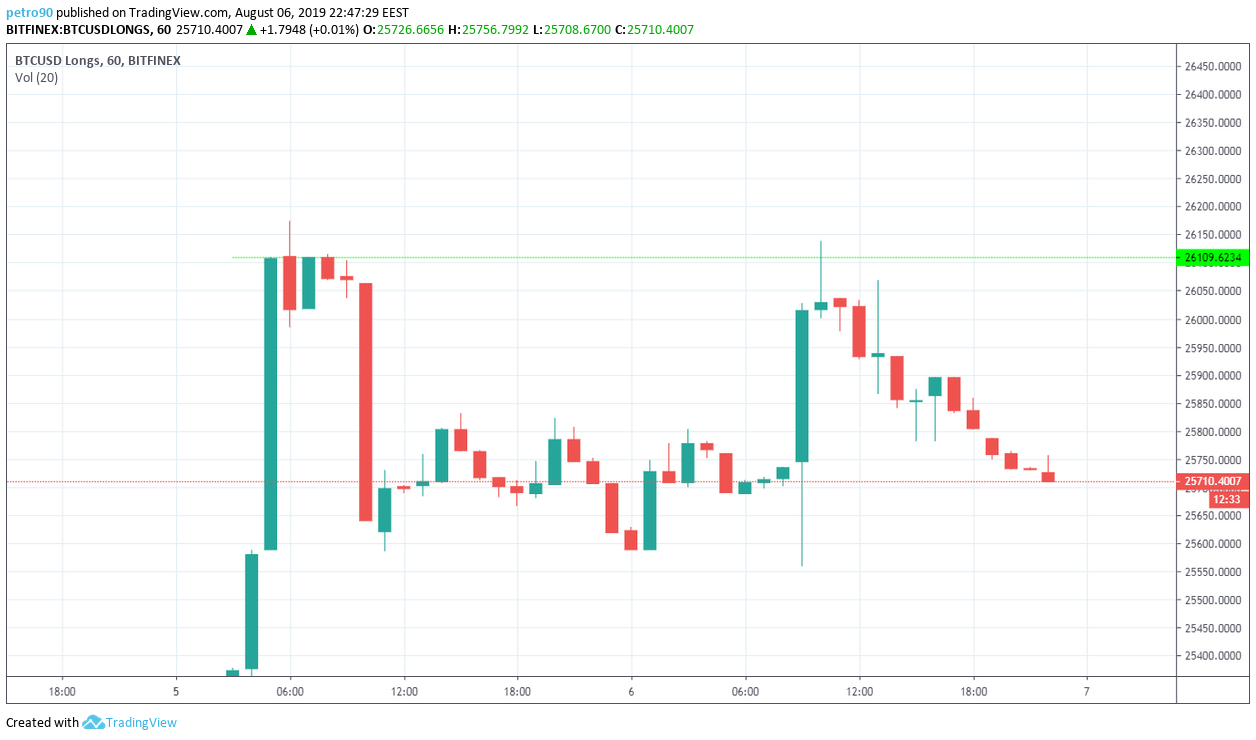 However, the indicator of buyers’ marginal positions is in consolidation after a long growth. So, $11,100 will be an important mark for other buyers who are not yet panicking and keeping their positions.

Sellers are finally out of consolidation and continue to increase their positions: 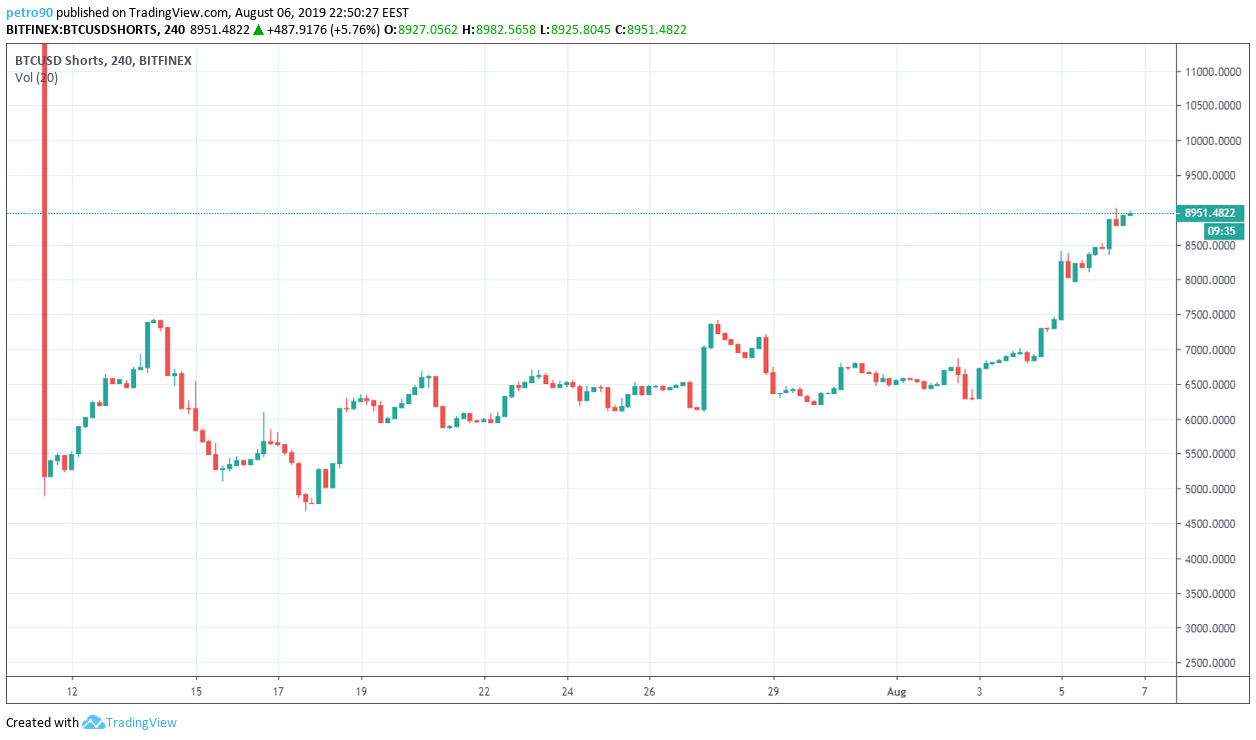 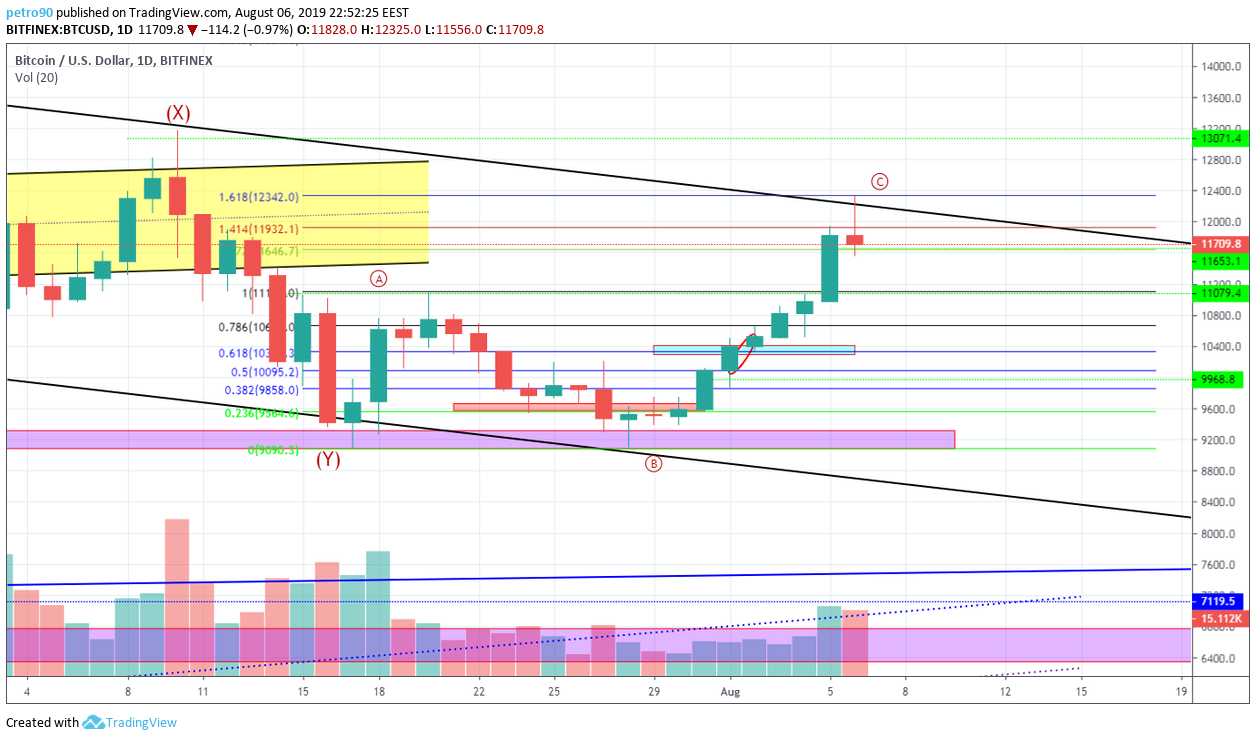 In the past analysis, we indicated waves with numbers, as there is a likelihood that a new growth impulse has begun. Although, until we see that buyers keep the price $11,100 and the volumes do not increase, we will consider the present growth as a correction wave, which mostly consisting of 3 small waves.

What should we expect from tomorrow? We think tomorrow will continue the fight at $11,650 and sellers will try to break this price. As buyers have been actively buying Bitcoin within 7 days, the probability of correction to $11,100 is quite high. In our opinion, this is the maximum target that we can see tomorrow. The best case scenario is to continue consolidation within $11,650-12,340. See you in tomorrow’s analysis!