A good foundation, which was laid for Ethereum buyers in the form of a blue trend line was again able to withstand the weak earthquake of sellers. Compared to a volume fall on 16 July, when sellers had a real chance to break through the blue trend line, they did not increase pressure after the trend line test.

Ideal conditions are set for buyers to roll up their sleeves and try to at least again test the upper limit of consolidation $225-235. So what do buyers first need to do to implement this scenario? Confidently fix above the local price range of $210-221, which is perfectly visible on the hourly timeframe: 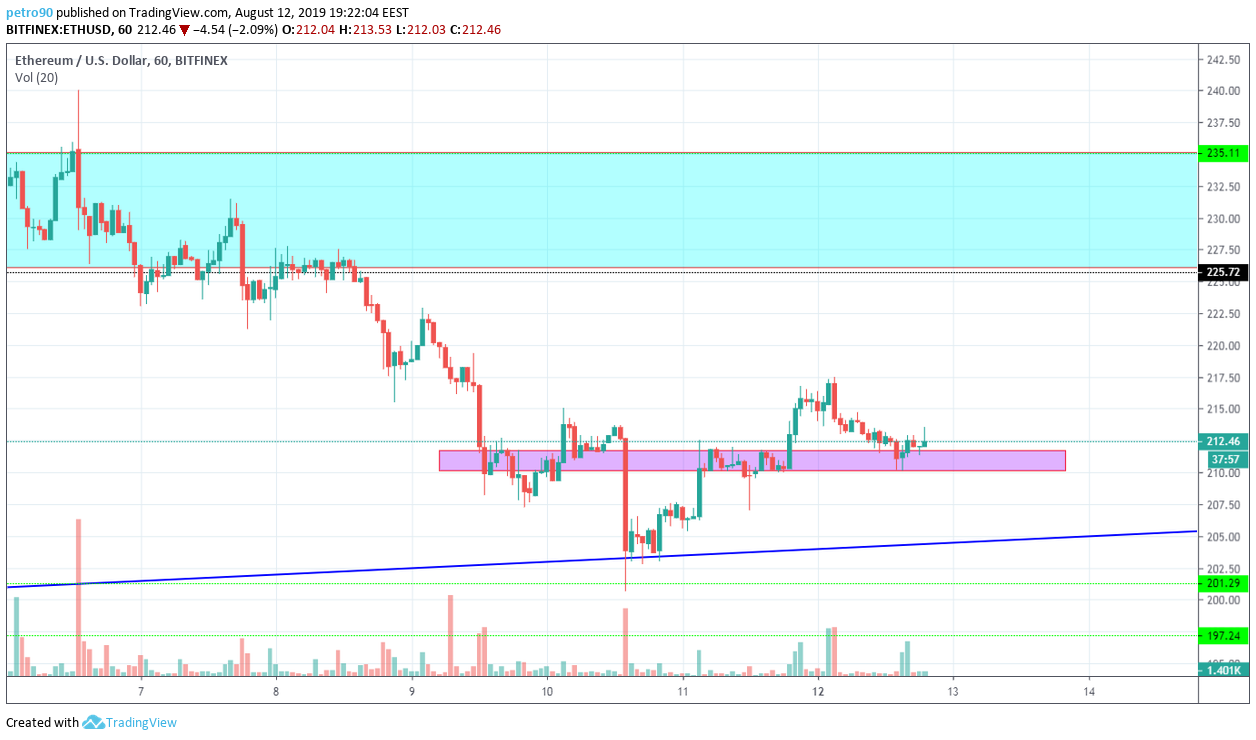 This price zone should become a mainstay for Ethereum buyers. It shows that, in addition to prices growth, buyers have the strength to protect the price marks they have brought under control.

In general, everything looks like a likely continuation of consolidation. Since neither the appearance of the candles nor the amount of volumes changed during the lower price range test.

As for the mood, buyers have not yet lost their excitement and their marginal positions have ceased to close: 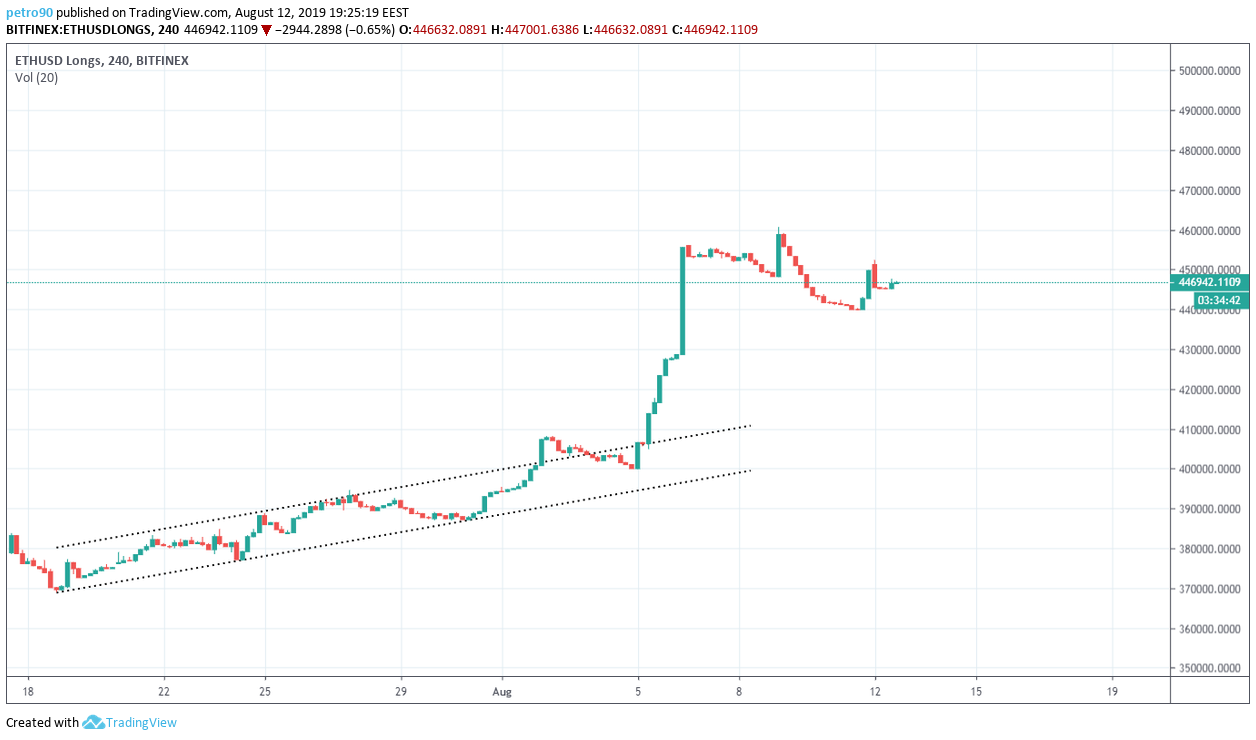 It is best to show a chart of marginal positions on a daily timeframe to be sure in continuation of stable consolidation: 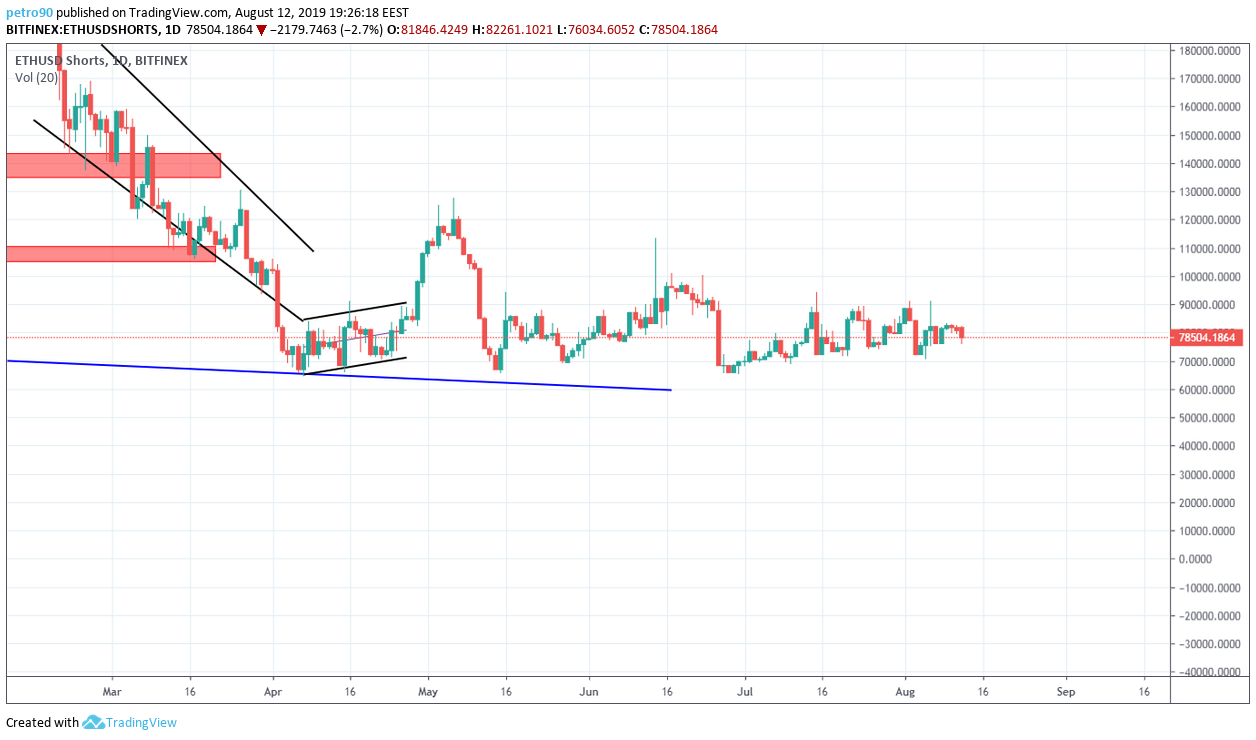 This stability began on 11 April, after the historical low upgrade.

According to wave analysis, if sellers do not unexpectedly get involved in the trading process, then we will continue passive growth to $235, forming wave (e): 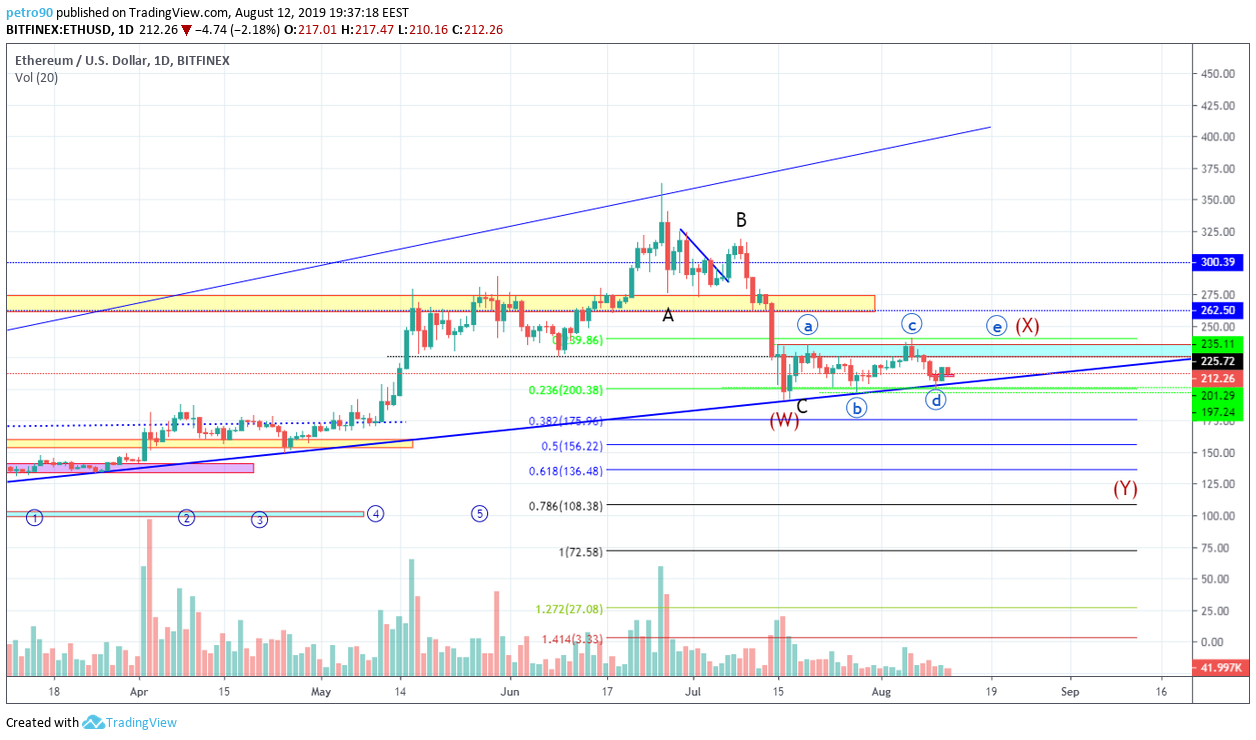 However, now, we continue to expect a fall to $175. An alternative scenario is the continuation of the movement in the blue channel, which may be possible after fixing above $235.

Globally, the weekly candle closed in favor of Ethereum sellers. For 5 weeks the price has been trading below the blue range: 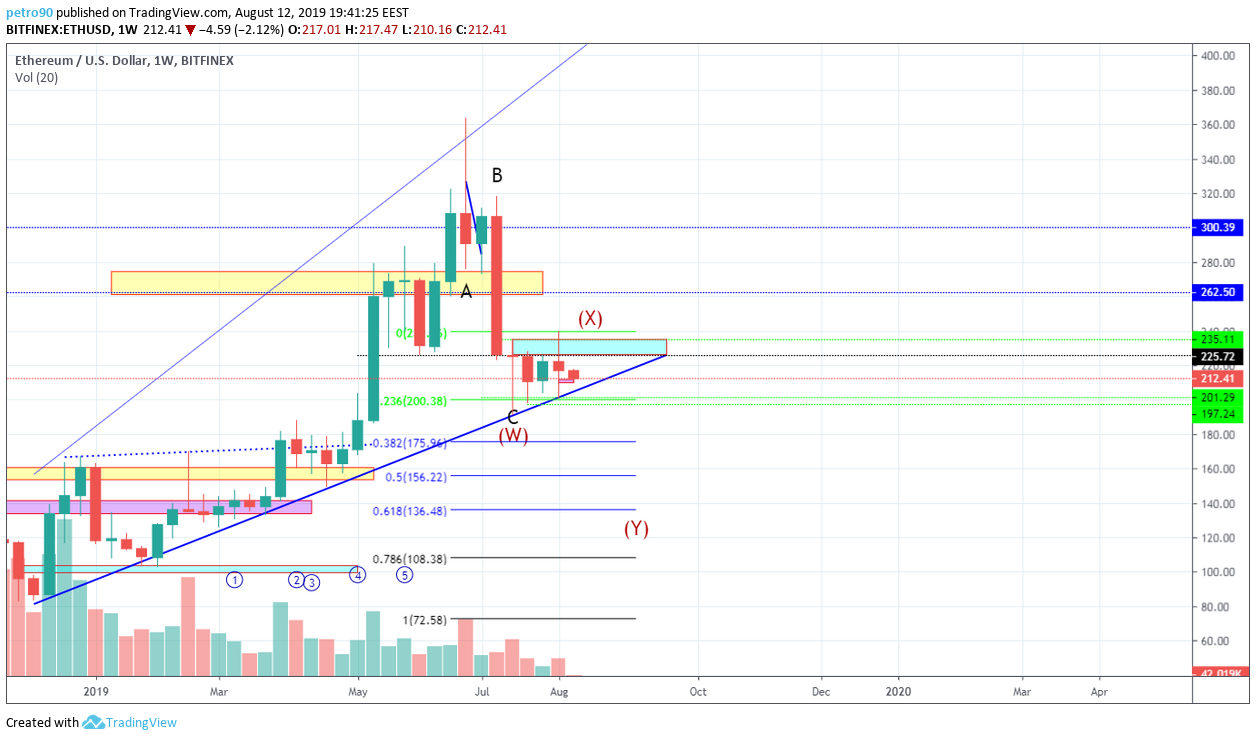 We hope that the new week will be a little more dynamic. And the asset, which has not seen normal movement for a month, will be able to recover. Although, looking at the triangle which formed after the sharp fall from 17 July, market participants can play financial ping pong as early as mid-September: 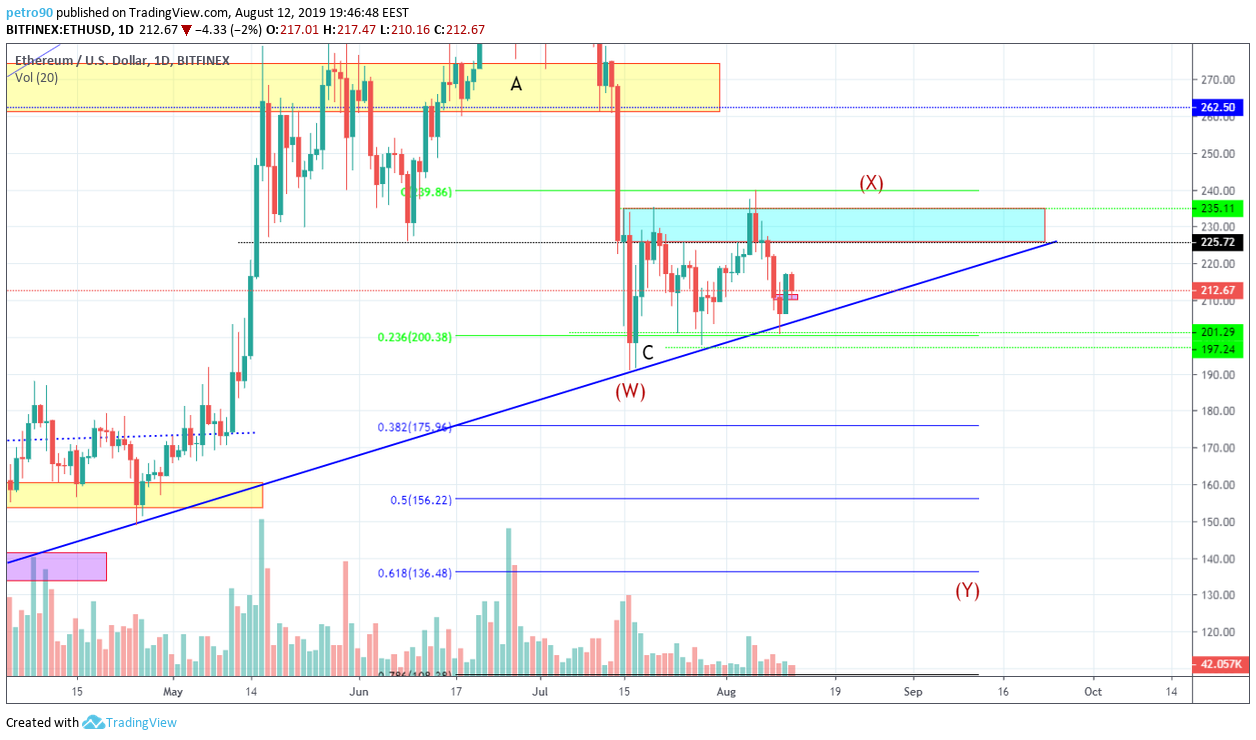 Patience and peace of mind for you… And still constant profits. See you on Wednesday with the next Ethereum analysis!