New week, new hopes and ambitions. The question is only whose expectations will be met and whose will turn into disappointment. The new Bitcoin trading week has started quite passively; it continues local consolidation in the market.

After losing the battle on the blue trend line, buyers are quite passively trying to make a difference. The price is below the price mark $11,650 and buyers are only concerned with not allowing sellers to $11,100: 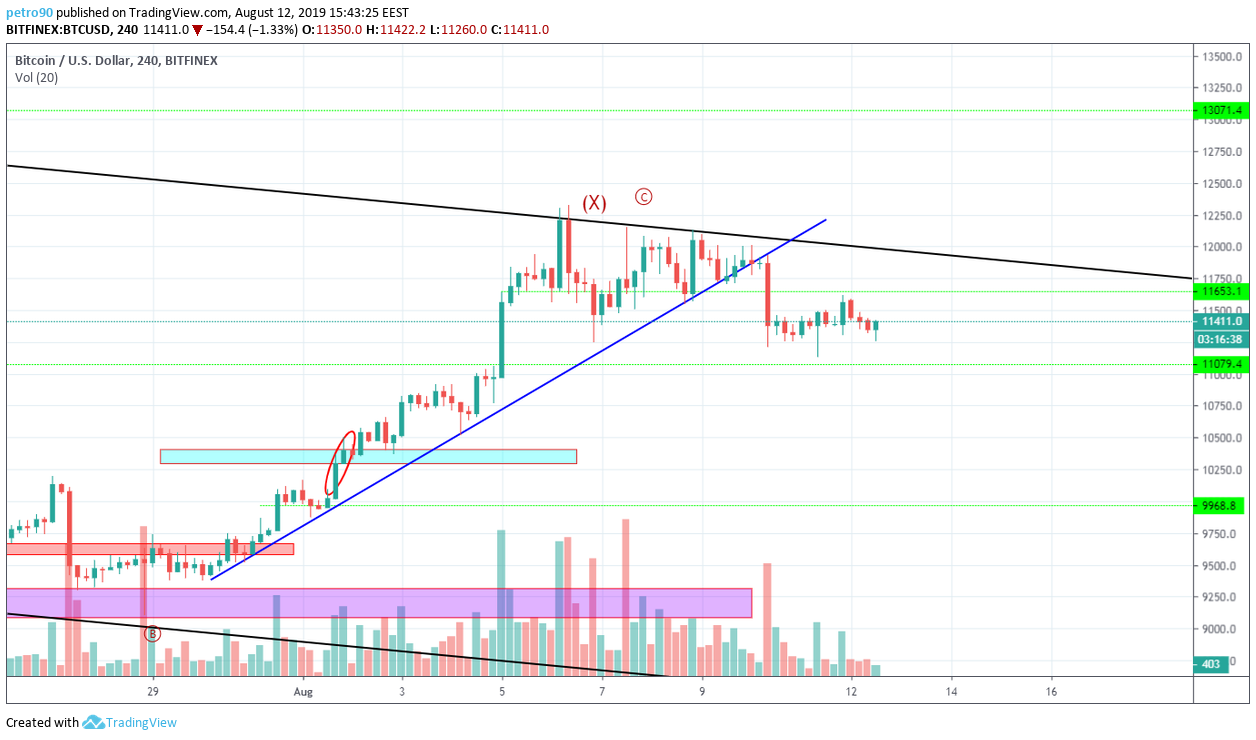 Every local and non-serious attempt of sellers to continue the fall, buyers meet with counter-attack. One of which can be formed right now on the hourly timeframe: 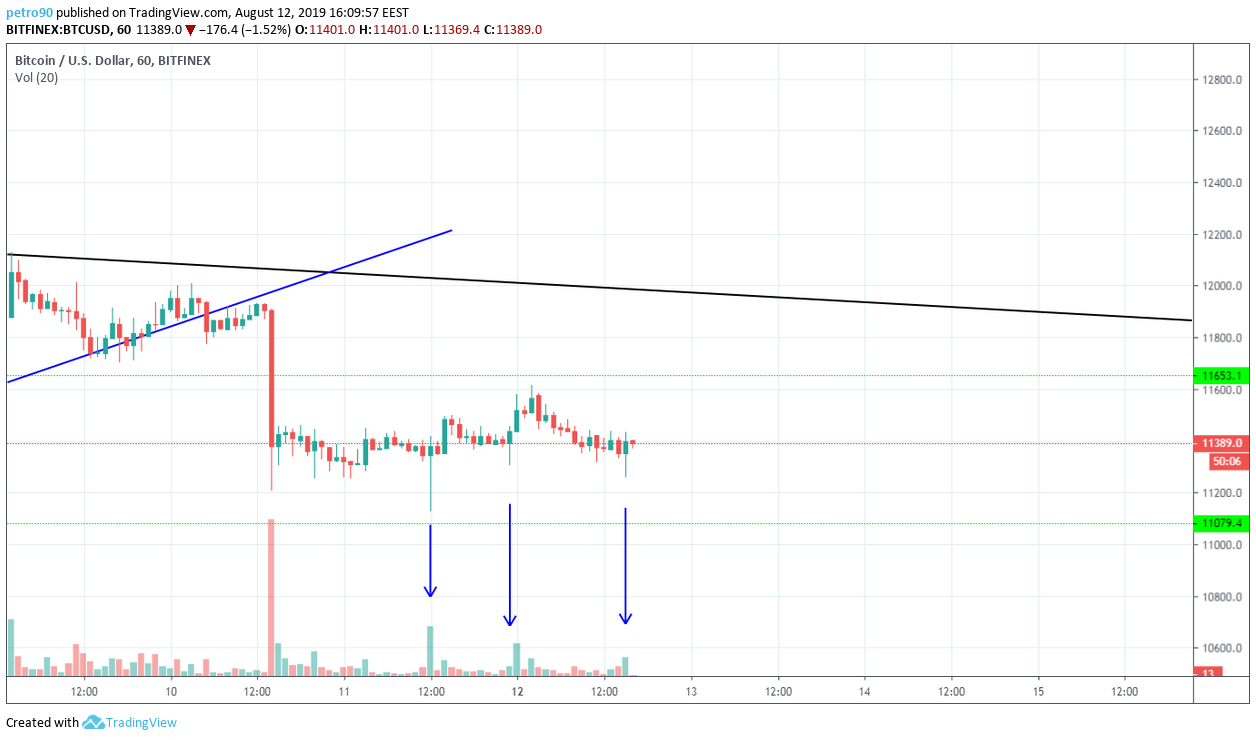 A weekly candle showed us that above the price mark $11,650, there are radically-minded Bitcoin sellers. They will not let buyers go further without increased volumes, especially in the upper trend line of the black channel: 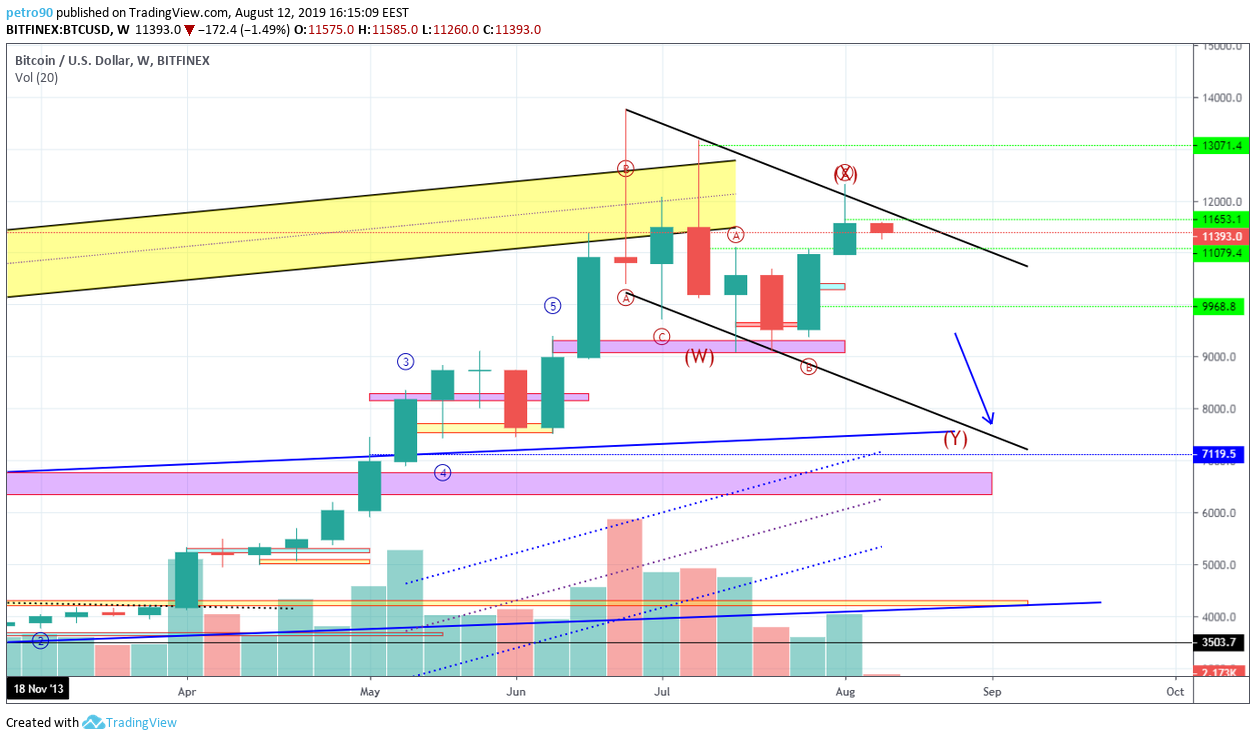 The pin of the day candle is longer than its body and it will allow sellers to impose their game this week.

Buyer mood is deteriorating as they begin to close their marginal positions during consolidation. Because they think the fall is not over yet: 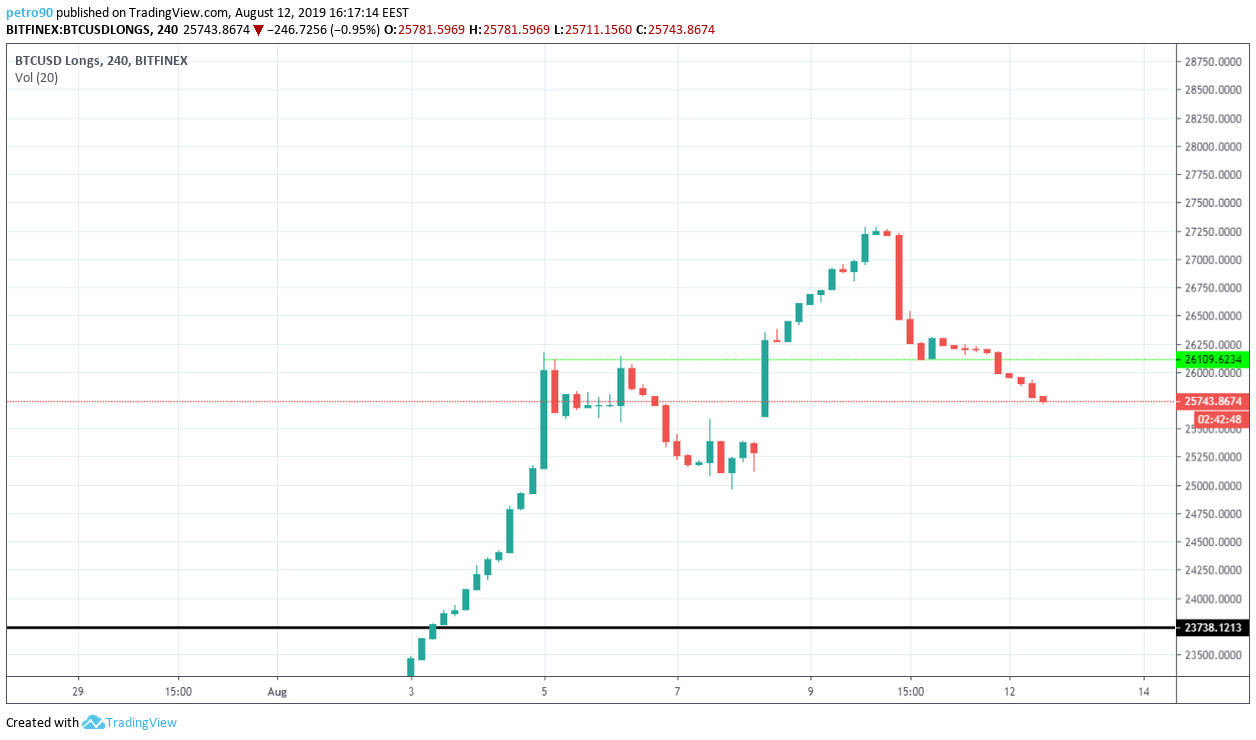 Let us repeat the phrase from the previous analysis that buyers have a great prospect of closing their marginal positions, which confidently opened from 27 July.

Fear is present in the hearts of all market participants. We also see that sellers are reluctant to take risks and also open their positions during consolidation: 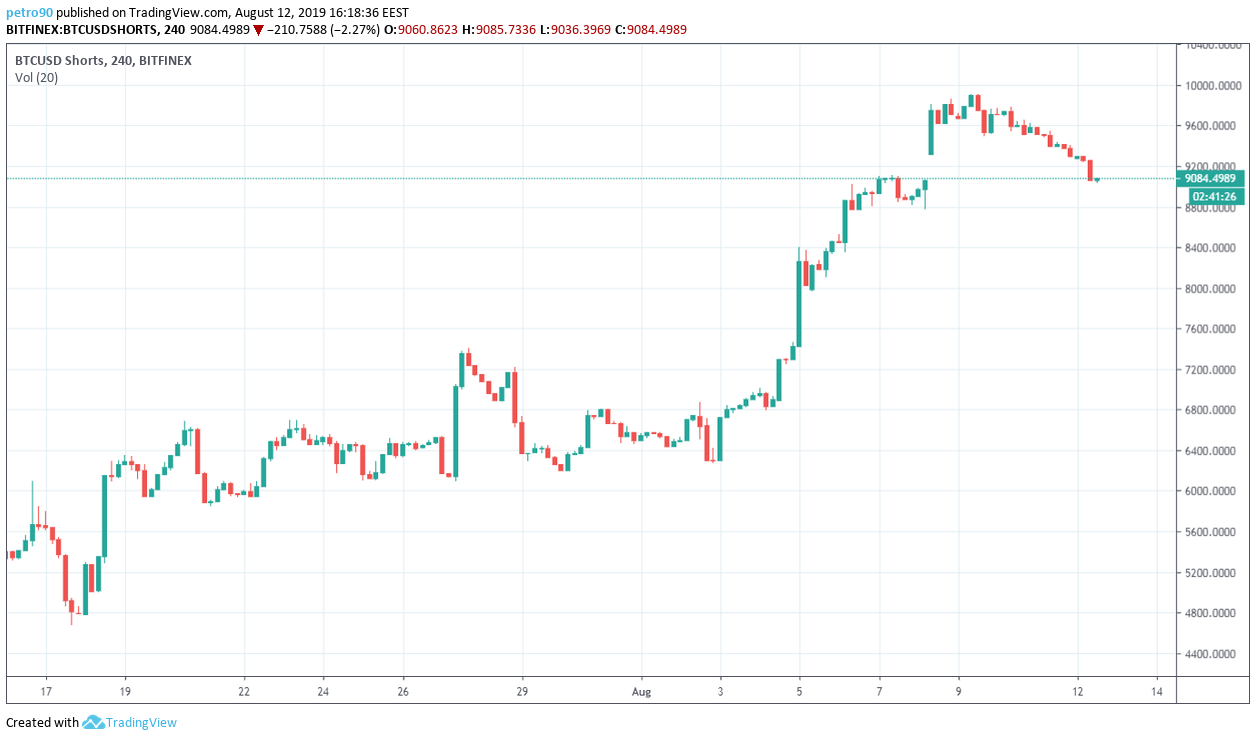 We do not see any changes in the wave analysis and continue to follow our main scenario. Namely the breakdown of $11,100 and the test of $10,500: 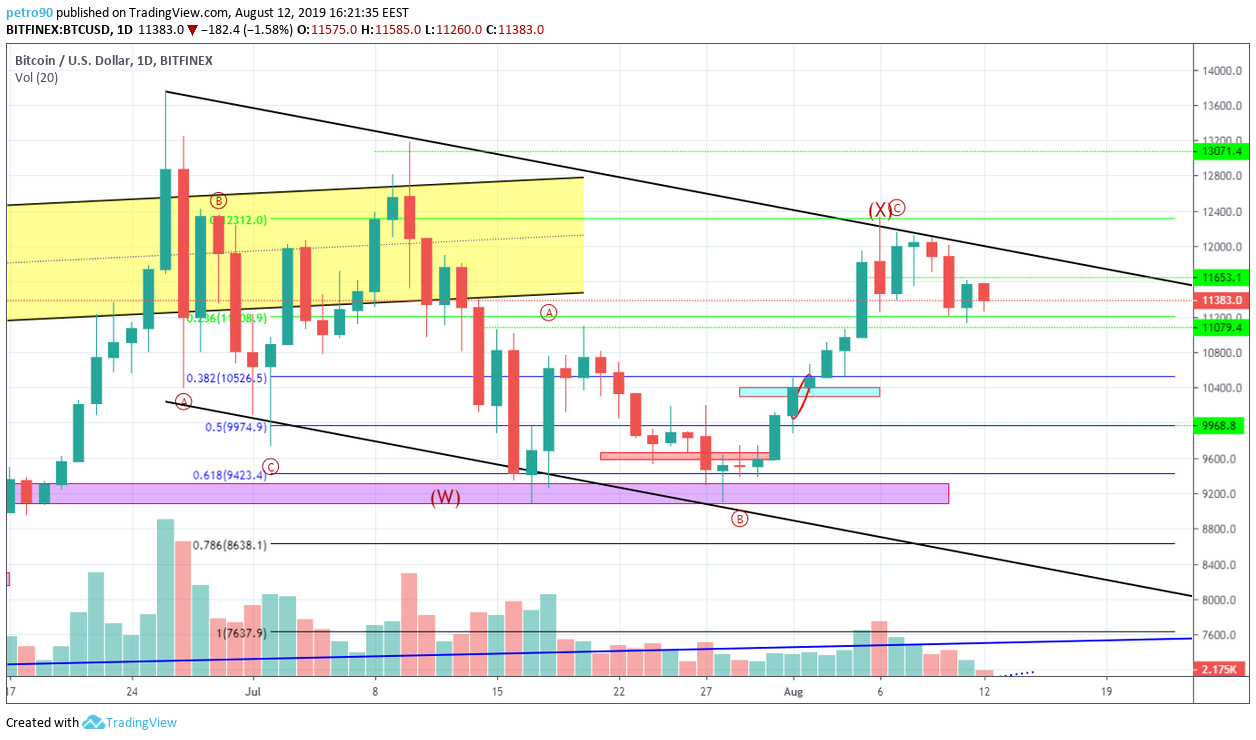 However, if buyers manage to gain a price mark of $11,650 and if this attack starts at much larger volumes than they currently have on the market (at least with volumes from 5 August to 7 August), we will consider an alternative scenario: that of breaking the black channel and continuing the wave of growth.

A little bit of fun happens when you are constantly on the spot. Hopefully in the near future Bitcoin entertains us with good price movements. In the meantime, we are gaining patience and keeping track of the likelihood on big timeframes!