Bitcoin trading week is coming to an end, but the consolidation fight between sellers and buyers continues. A sharp change in the direction of price movement and unexpected sparks of volumes from both buyers and sellers. All this is inherent in our consolidation, but let us start with a detailed today’s analysis.

After the first unsuccessful attempt to fix above the price zone of USD 10,100-10,200, sellers on low volumes again tried to make their way to USD 9900. Of course, one initiative is not enough and this attempt was also ineffective. But the passion began just after buyers had succeeded in passing the first critical point and tested the next one (USD 10,350-10,500).

During the breakdown of USD 10,100-10,200, an increased volume was recorded. However, sellers with the help of the next two candles turned the situation to their side even more. It seems that Bitcoin sellers expected such a situation to catch buyers by surprise and now buyers are protecting themselves: 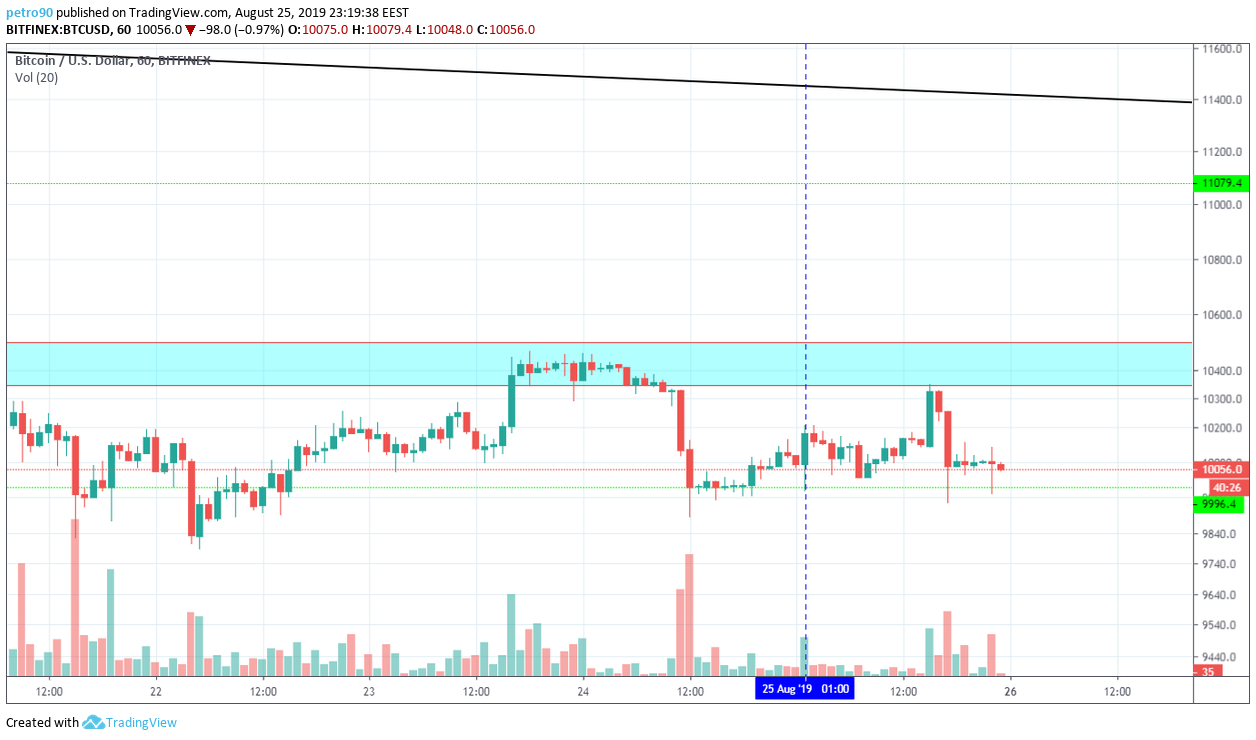 On the daily timeframe, we see a lot of wrong breakdowns and each subsequent increases the chance of buyers to counter-attack. Today’s candle shows that market participants have not yet decided who has the advantage of strength. Although, if tomorrow sellers do not continue their attack, we think that buyers will have a chance again to test USD 11,000: 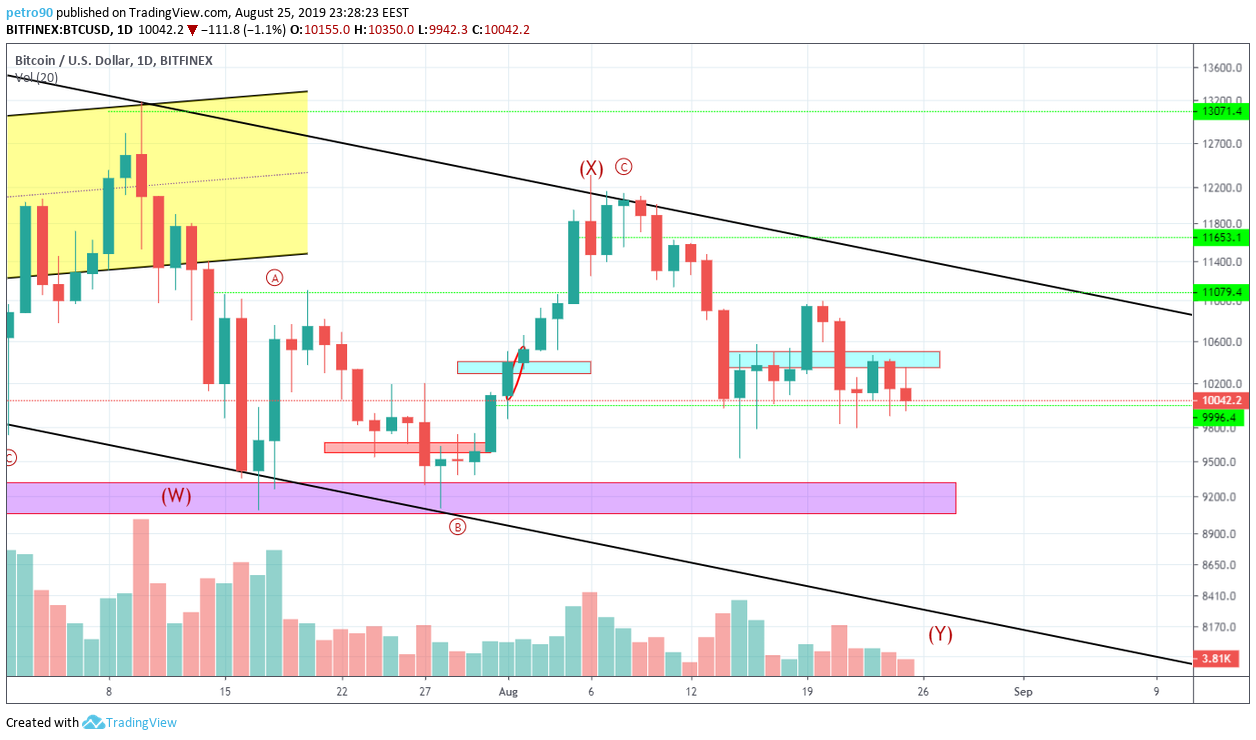 Marginal positions of Bitcoin buyers are still on a level. Buyers are waiting for the price exit from consolidation to understand whether or not to close their positions: 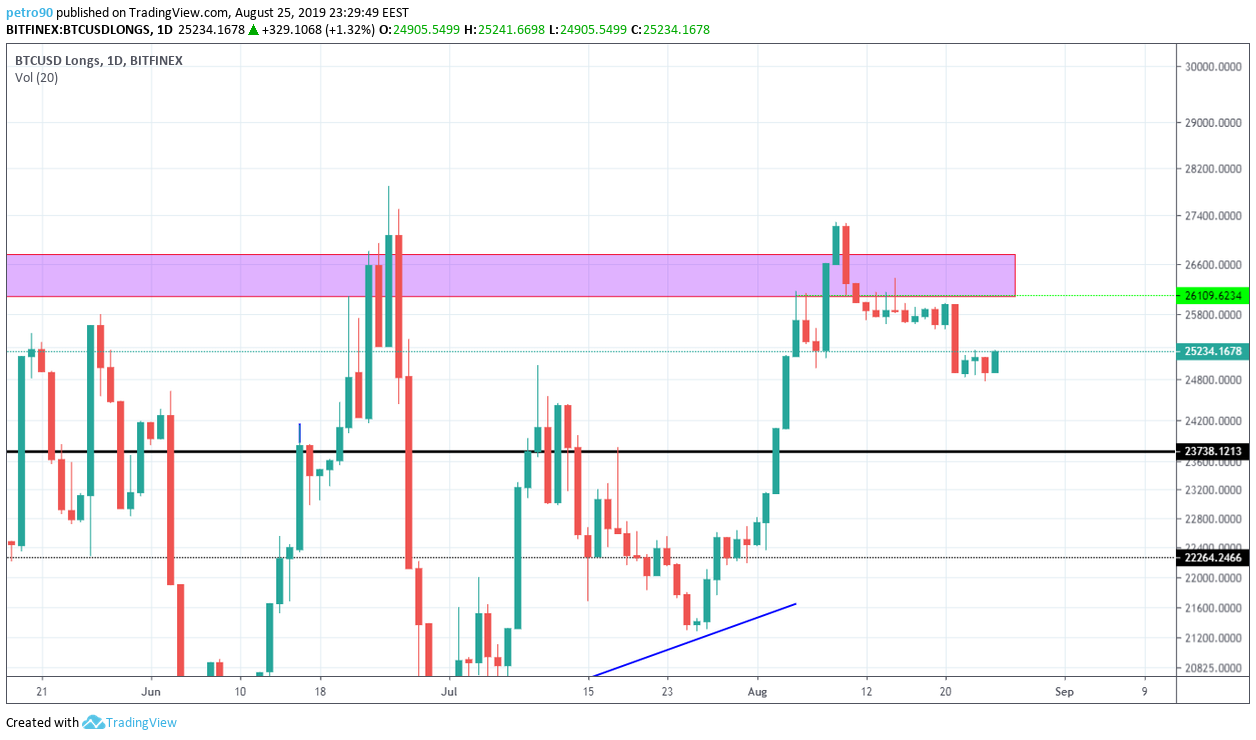 Sellers continue to increase their marginal positions every day, but we want to see this increase more confidently, rather than following these small steps: 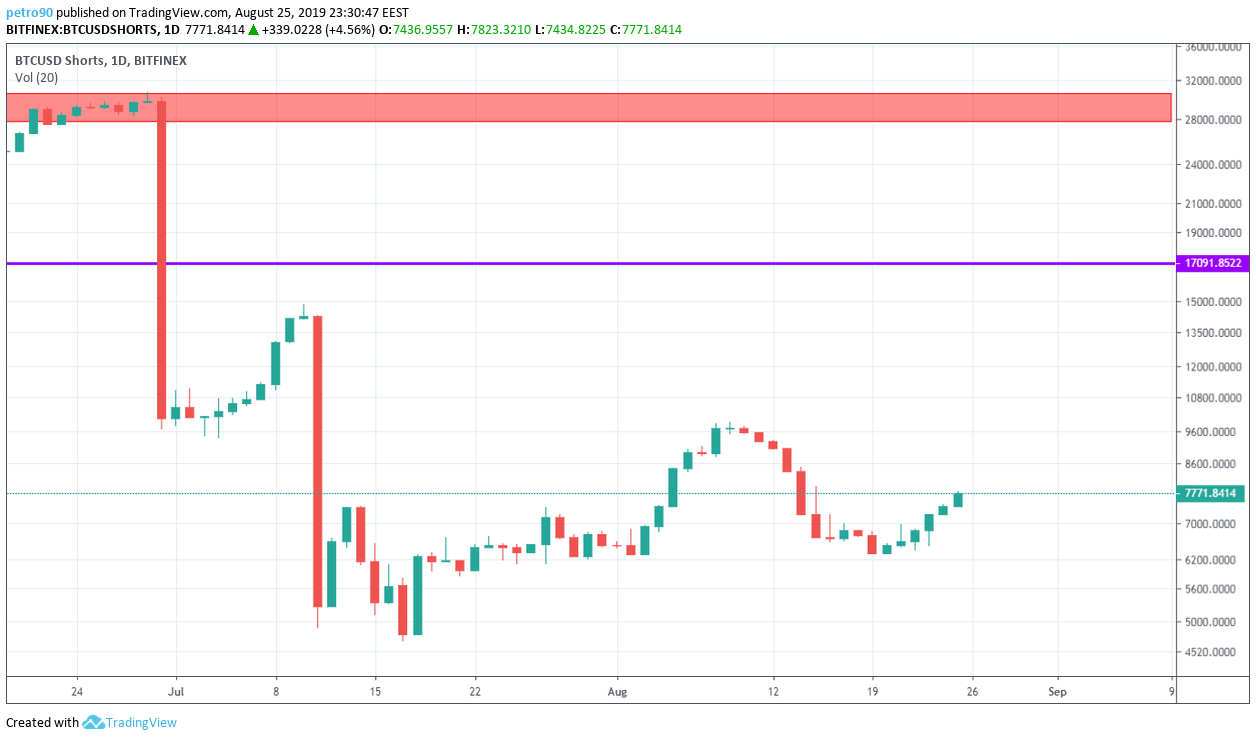 Let’s also look at the wave analysis on the last wave of fall of 20 August. We believe that the wave is still unfinished, as only one falling impulse has formed, after which the correction has started and is still going on: 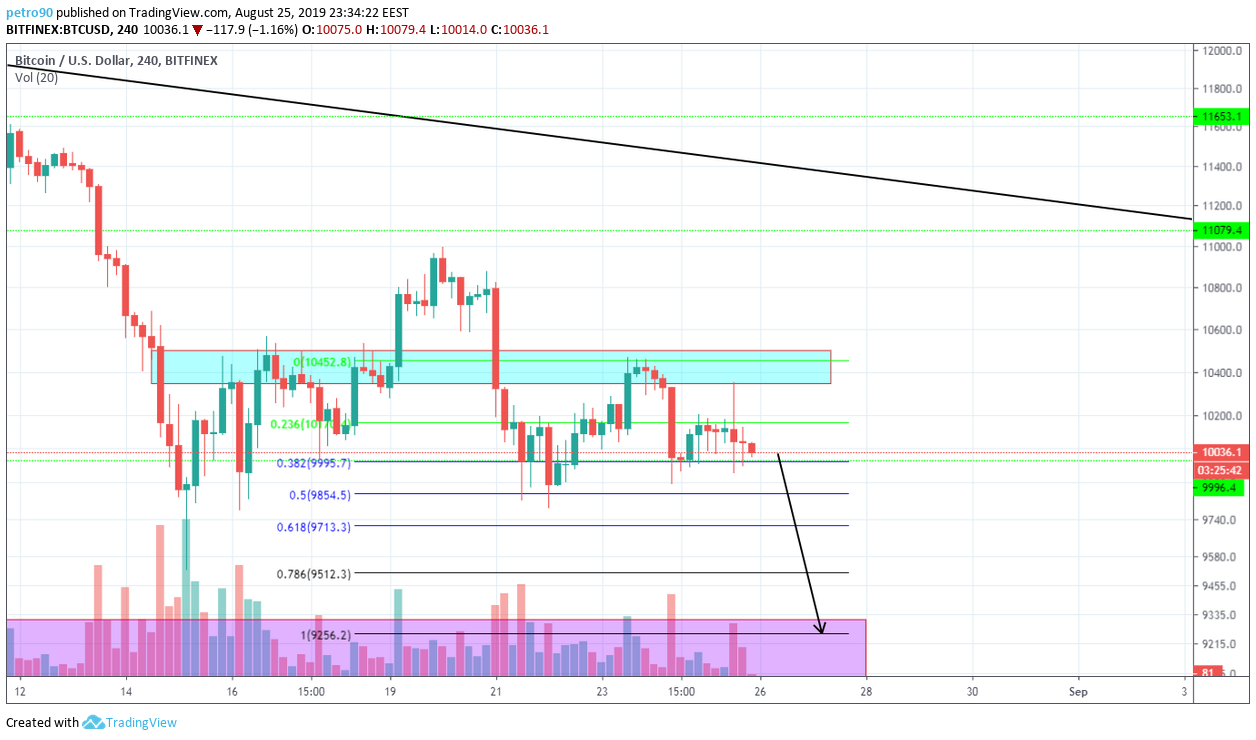 At the price USD10,500, buyers were able to correct impulse from 20 August by 50%, and the next wave of fall could finish at USD9200-9300. However, at least, sellers need to cope with USD9900. Next week promises to be crowded. Let’s see if Bitcoin sellers can test our target. Have a good start of a new week!