Our excursion through the blue triangle continues. After two false breakdowns, the first one by Bitcoin sellers and then by buyers, the market participants moved into a quieter line of fight. After the unsuccessful attempt of buyers to fix themselves above the price range of $10,350-10,500 (in fact, after a false breakdown of this zone, buyers could not go beyond $10,350-10,500), sellers decided quite elegantly and touched the trend line of the triangle. Buyers responded actively and with increased volumes. It is perfectly visible on the hourly timeframe. 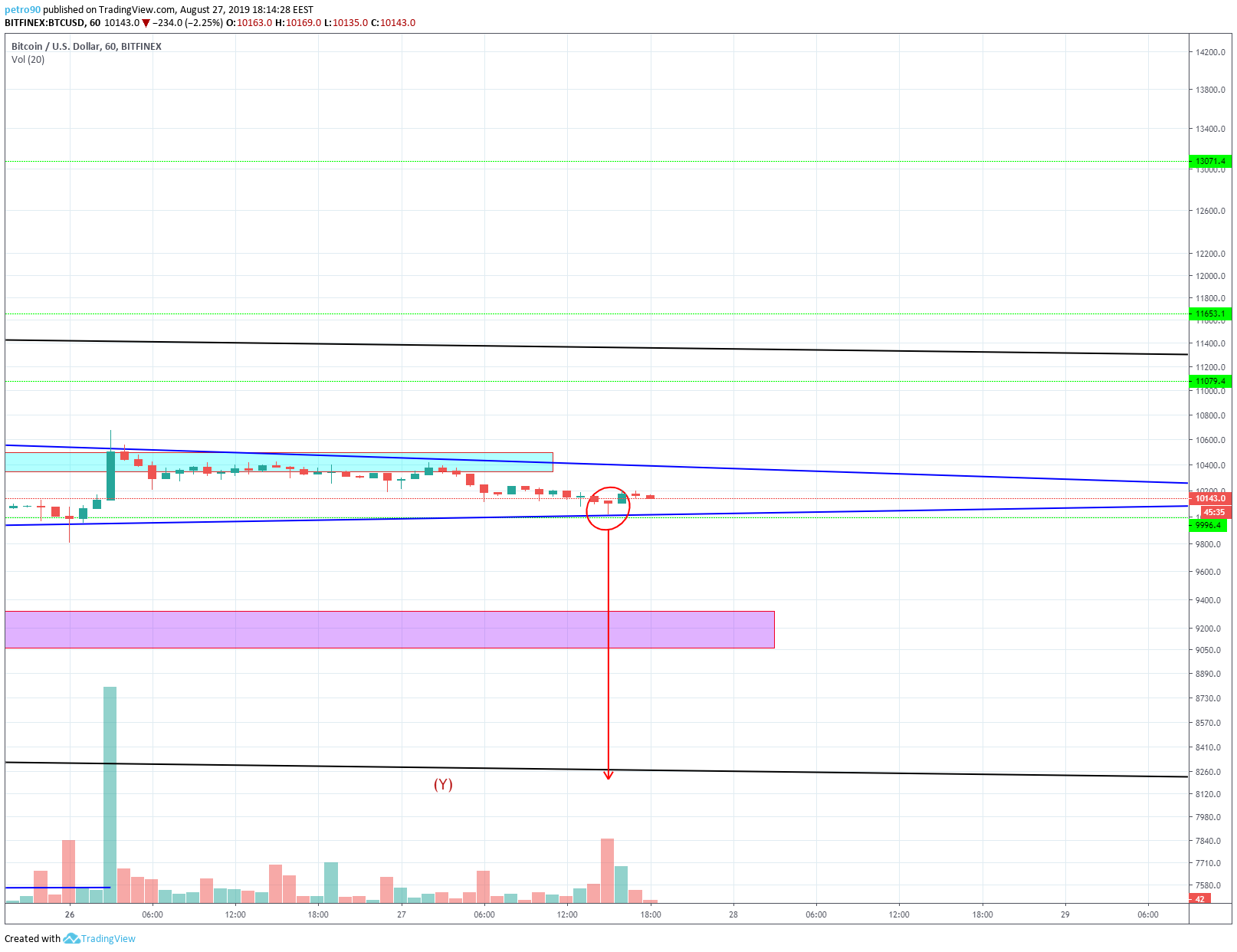 With increased volume, the candle looks small and inconspicuous, there at the main part of the candle is a pin. A further test of the lower trend line is ahead, which should show that buyers control the situation. Then buyers will have a new chance to test $10,350-10,500.

On a daily timeframe, everything looks much more boring: 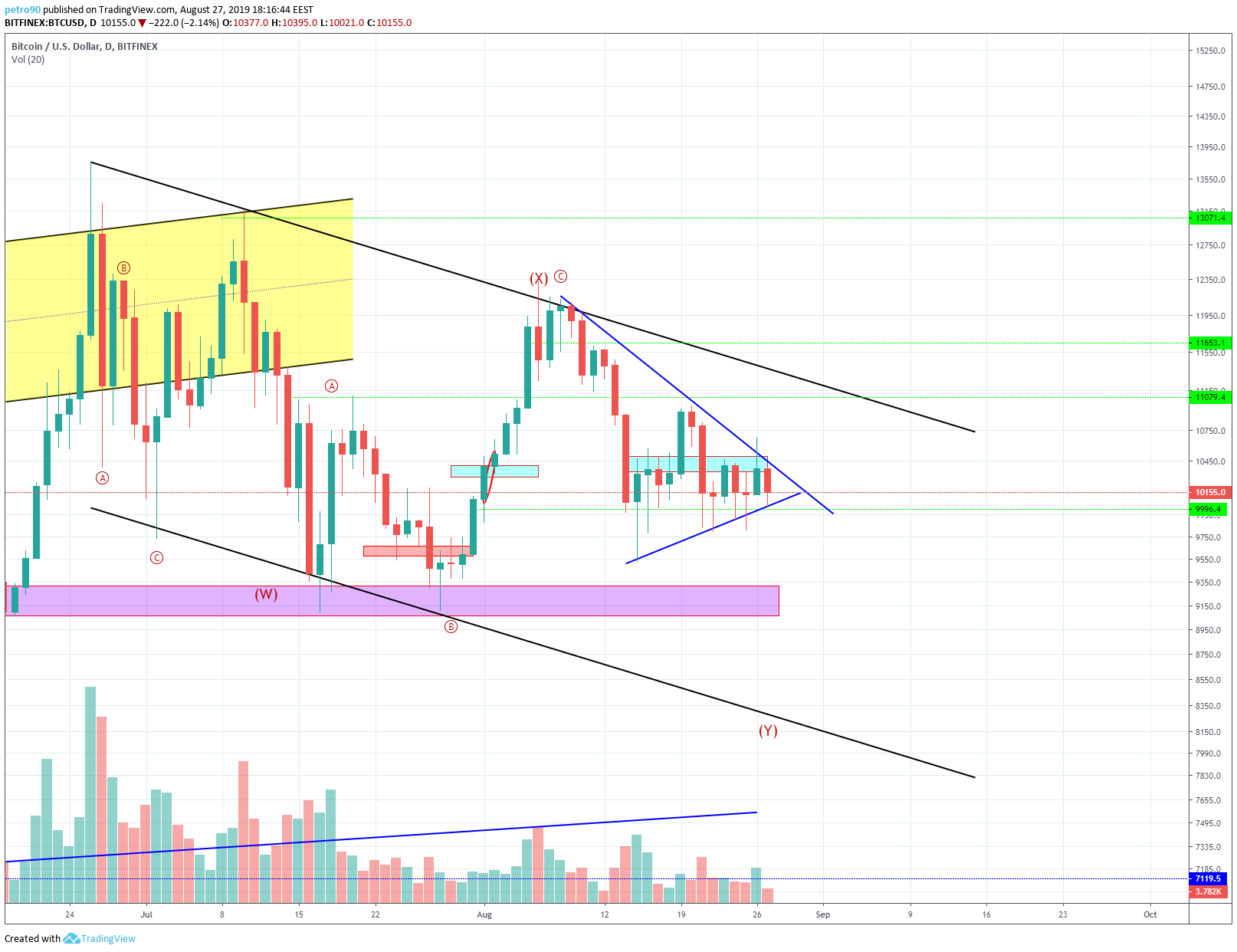 Banal consolidation, which lasts for a long time in the working range of 3% (not including pins). After such consolidation, strong movement should be expected. To the naked eye, we can see the range within which Bitcoin seller false breakdowns begin. It is $10,000-10,200. 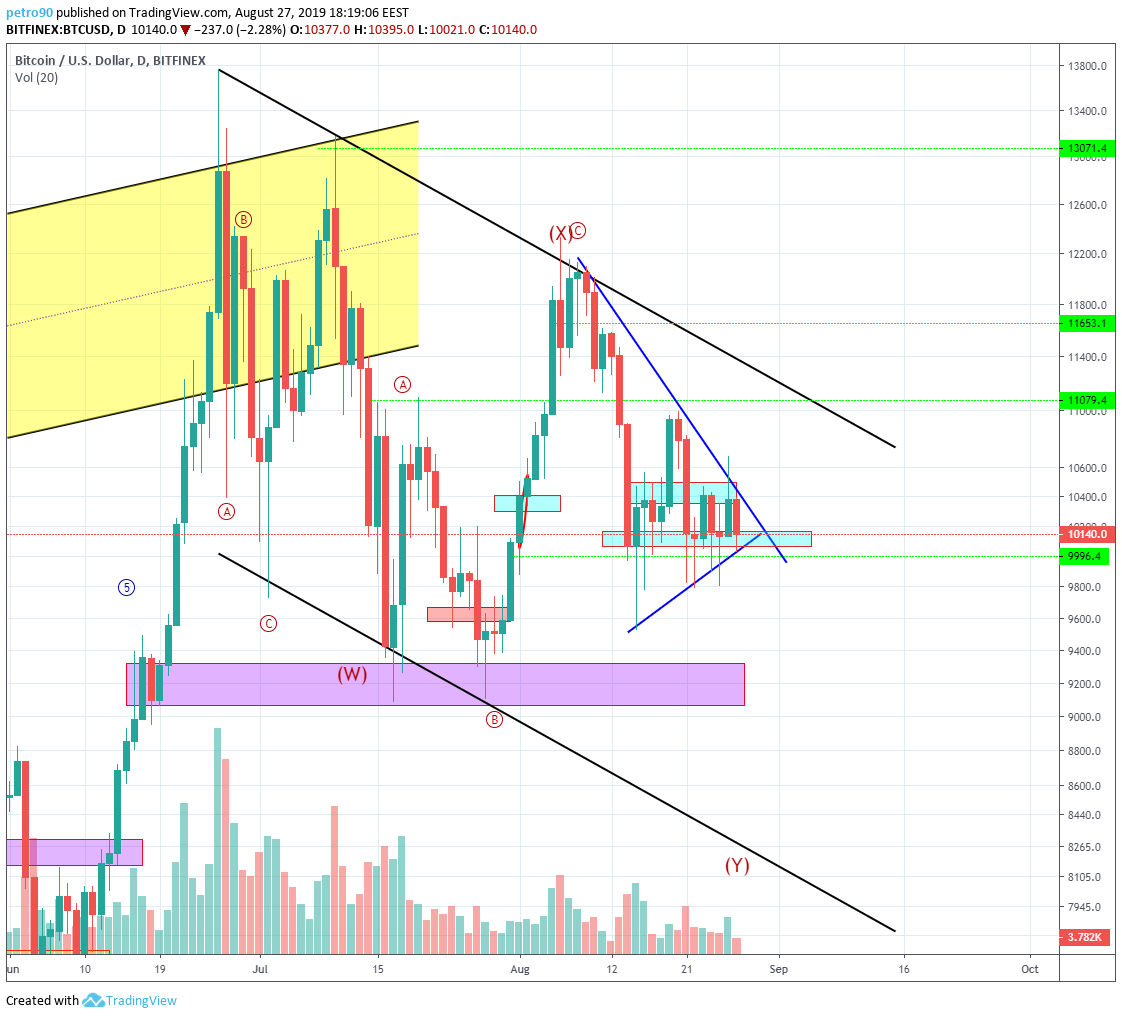 Therefore, in order not to throw unreasonable speculations as to which direction the price will break consolidation, we would better focus our attention on two price marks: $10,000 and $10,500.

Buyers are no less mysterious on the chart of their marginal positions: 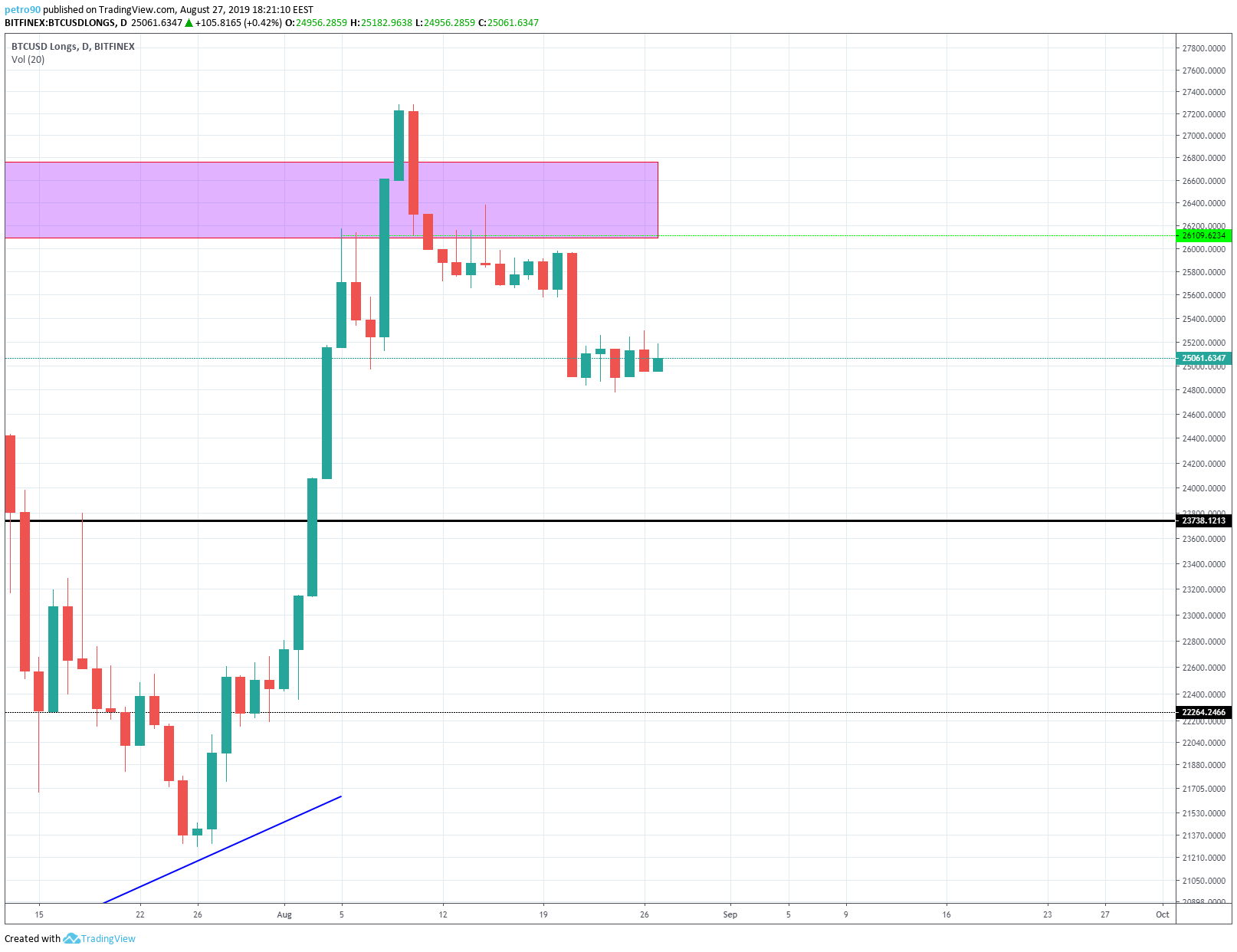 In fact, the picture on the BTC/USD pair chart and on the marginal positions chart is identical.

Sellers are behaving more interestingly and as we see, they continue to increase their positions: 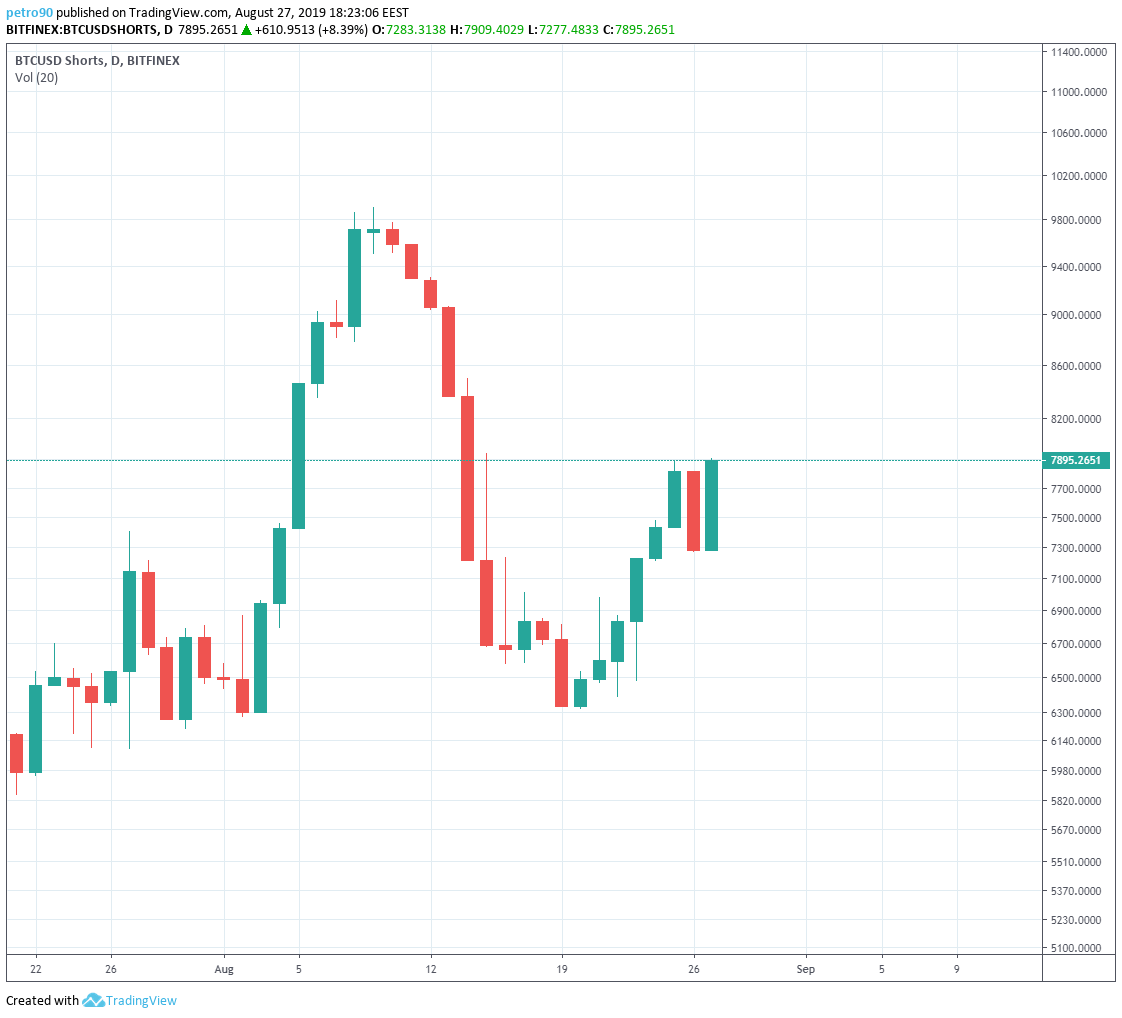 In our previous analysis, we pointed out a large number of sellers breakdowns. However, there are not enough simple breakdowns for reversal. It is important that buyers have enough strength, which we do not see right now. According to the wave analysis, we still think that the fall is not over yet and sellers should test $9,300-9,400: 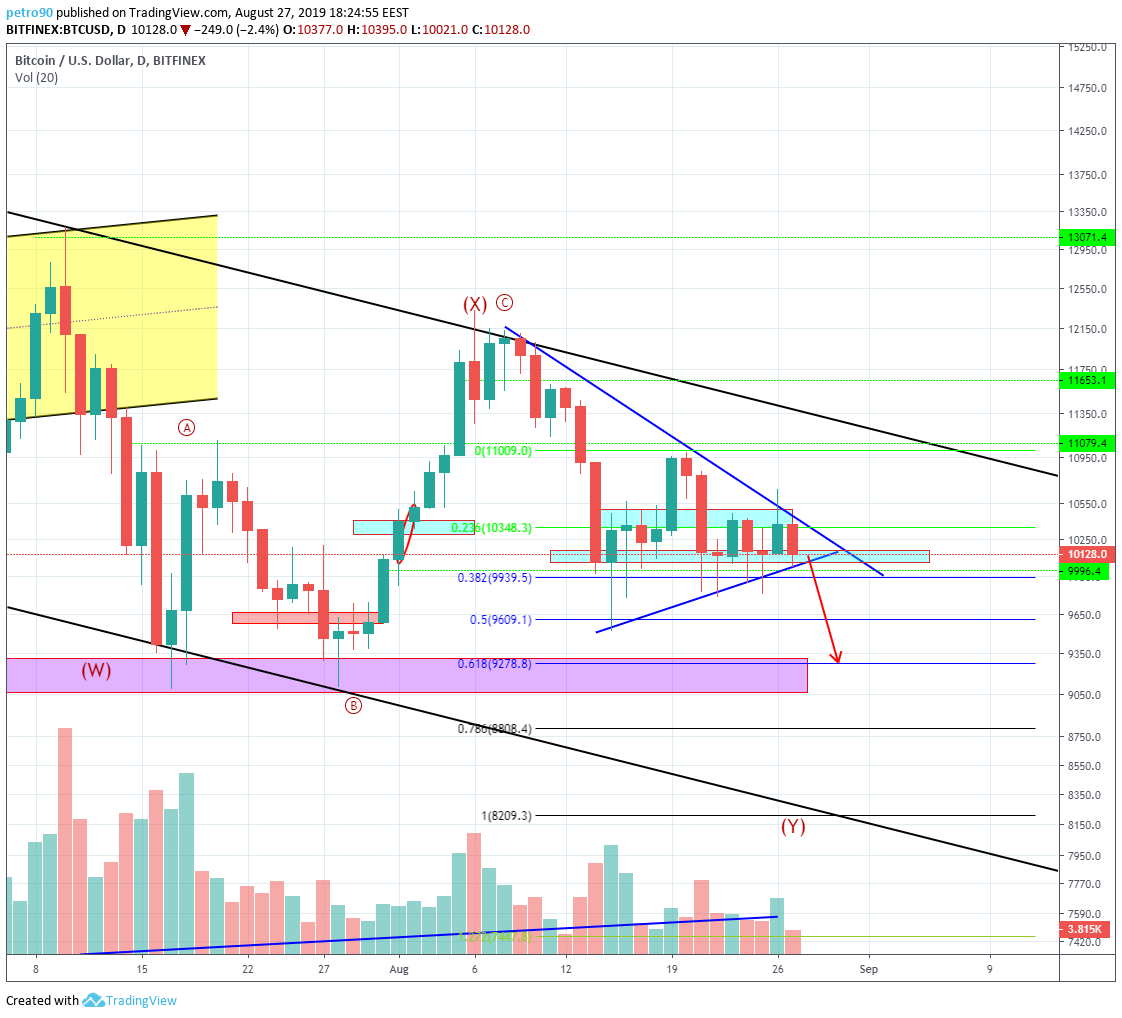 Now our stop has fallen to the level of Fibonacci 38.2%. We think by the end of the week, the breakdown will happen. So we keep calm in our hearts and wait for signals (break through $10,000 or $10,500). See you in the next Bitcoin analysis!