Every silence must once be interrupted by a loud cry. Every stop should end. No one has canceled the cyclicality, and it is proved by the break of the blue triangle down, the same that we have written about in the recent analyzes. On Wednesday, Bitcoin sellers managed to make a serious difference to the market by breaking the bottom trend line of the triangle. Interestingly, this breakthrough came from local highs: 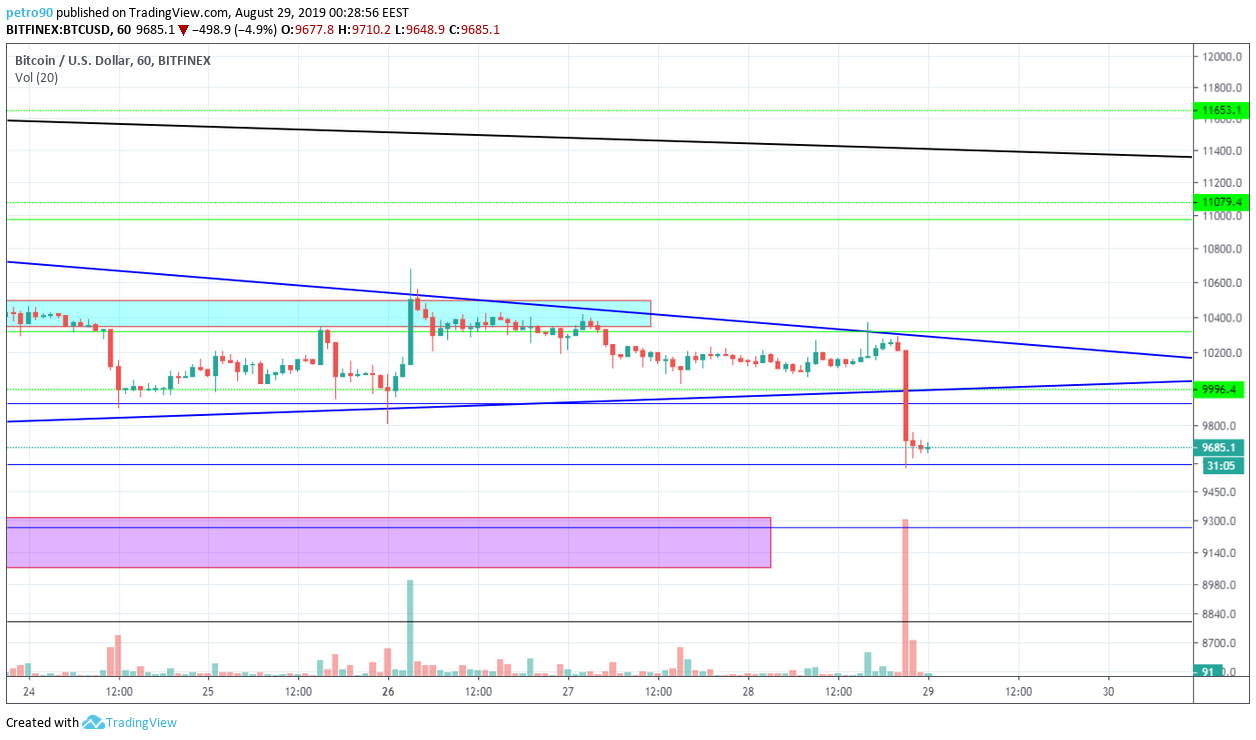 That is, buyers made an unsuccessful attempt to break through the upper trend line of the triangle. Then sellers did not take incremental steps to reach the lower trend line to break it. They did with a help of a one-hour candle! As we can see on the hourly timeframe, the volumes were quite high to believe the trend line breakthrough. In addition to the volumes, we can see that the candle is practically without a pin and its length is approximately 6%.

Therefore, we think that after the dance in triangle, the market has entered a new phase. Namely, the continuation of the fall and the test of the price zone $9,200-9,300 at least. On the daily timeframe, we also see a clear triangle breakdown. And also a sure red candle of sellers, which tells us that it is just the begining: 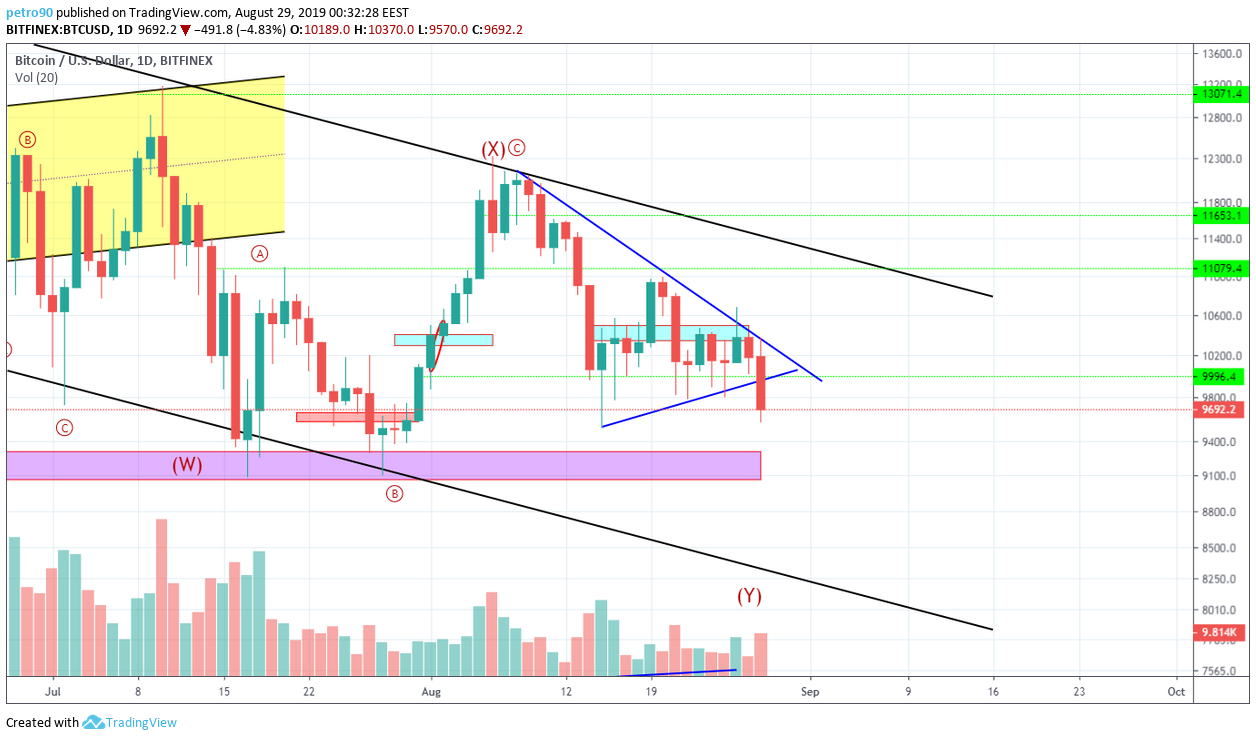 As for the mood of buyers in the market, we will not say that it has changed dramatically. During this fall, Bitcoin buyers were trying to increase their marginal positions: 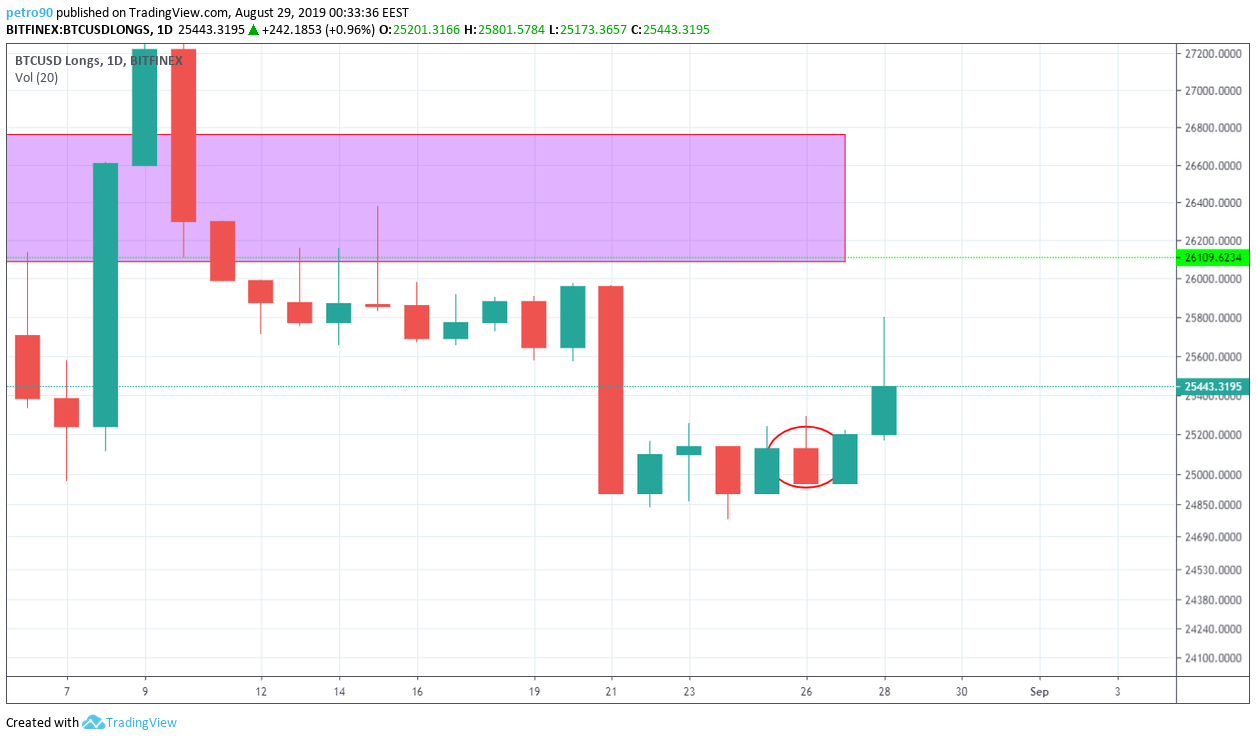 This fact indicates that buyers do not believe in a serious downward trend and try to buy at the first best price fall. I wonder if this trend will continue in the future.

Bitcoin seller confidence is not growing at the pace it should be with serious intent, but it is growing: 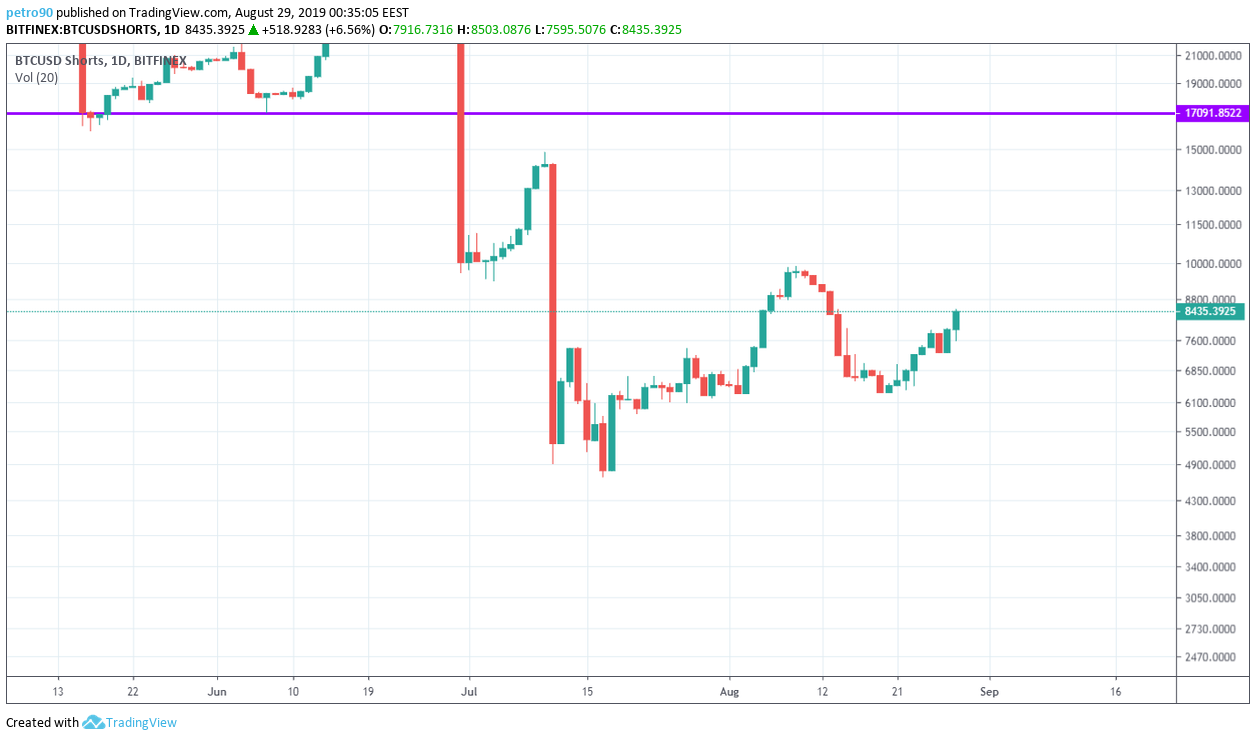 According to the wave analysis, sellers were able to create a new wave of fall, which stopped at 50% Fibonacci level: 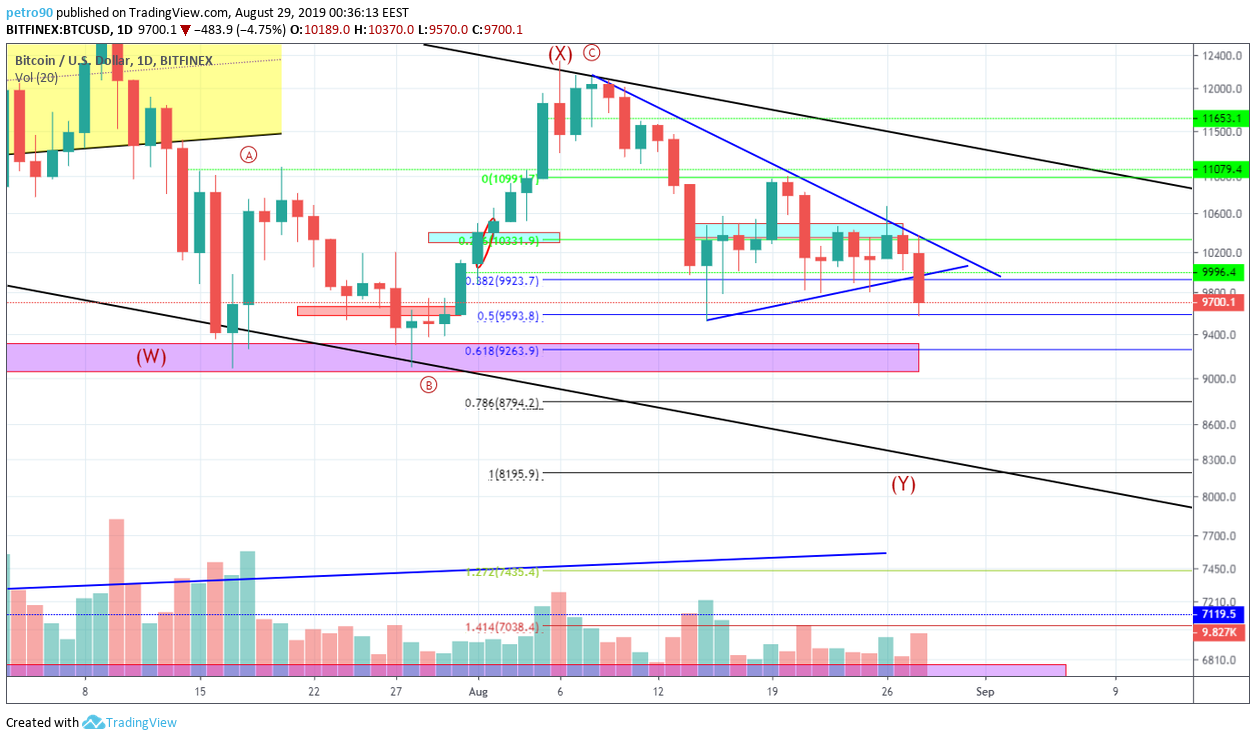 Our scenario continues to be relevant and we expect the test of the next Fibonacci level 61.8% with a final target $8,200.

It is only the middle of the week and the passions are coming to the boil. However, given the weakness of buyers who have been unable to renew their positions after a sharp fall, after a little consolidation, the fall likely will continue. We are wondering how the week candle will close and we will be analyzing the probability of fall continuation to $9,200-9,300 this week. In the meantime, we’re following the triumph of Bitcoin sellers!