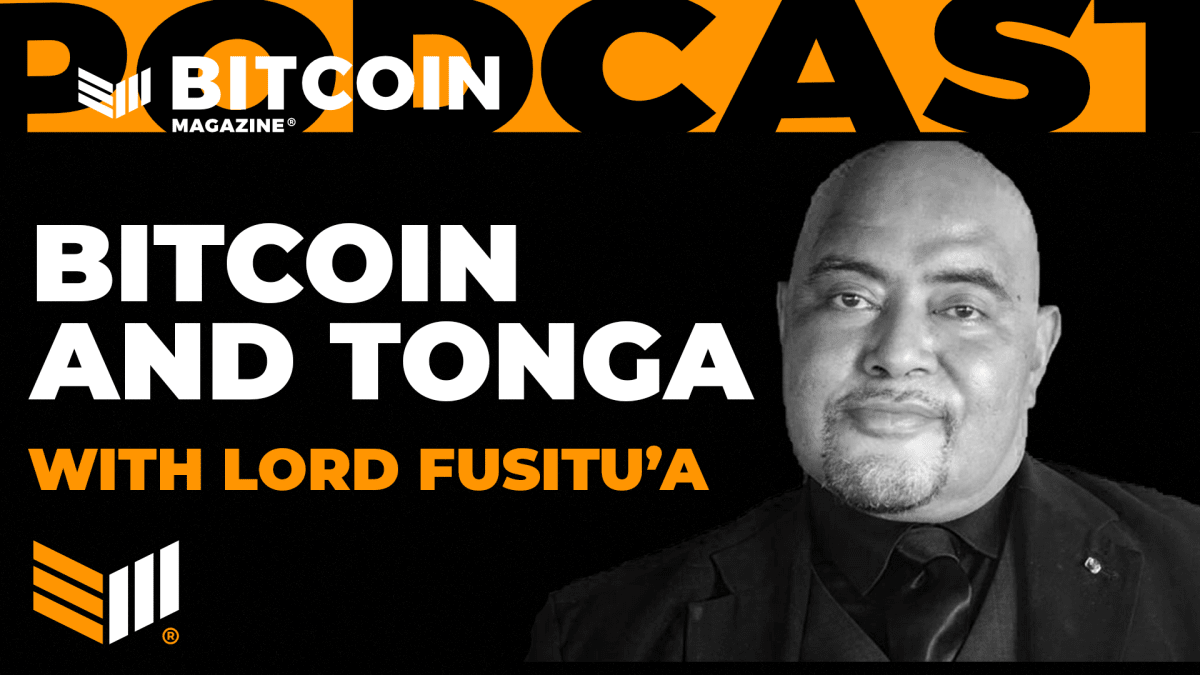 On this episode of the Bitcoin Magazine Podcast, Christian Keroles sits down with Lord Fusitu’a of Tonga. Lord Fusitu’a is Tongan royalty and a member of the Tongan government. Lord Fusitu’a is a die-hard Bitcoiner and often spends time on Twitter spaces chatting with Bitcoin plebs from around the world. He tells the story of how Tonga relies heavily on remittances from Tongan’s living abroad and how much of those funds are lost to middlemen and rent seekers. According to Lord Fusitu’a bitcoin is already starting to take hold in Tonga on a peer to peer level, and he sees a viable path to implementing an El Salvador style bill to make bitcoin legal tender in Tonga.

Lord Fusitu’a has been working with both Jack Mallers and El Salvadorian officials to take the best parts of that law and amend it to fit into Tonga’s legal framework. Lord Fusitu’a believes that by embracing bitcoin, Tonga can become more competitive and wealthy compared to states that are slower to adopt the digital hard currency. He believes the Tongan people stand to benefit immediately just based on the remittances advantages that bitcoin offers. Lord Fusitu’a believes that these immediate advantages will turn into a culture of long-term saving on the islands.

Learn more about Lord Fusitu’a and his work in Bitcoin by following him on Twitter @LordFusitua.