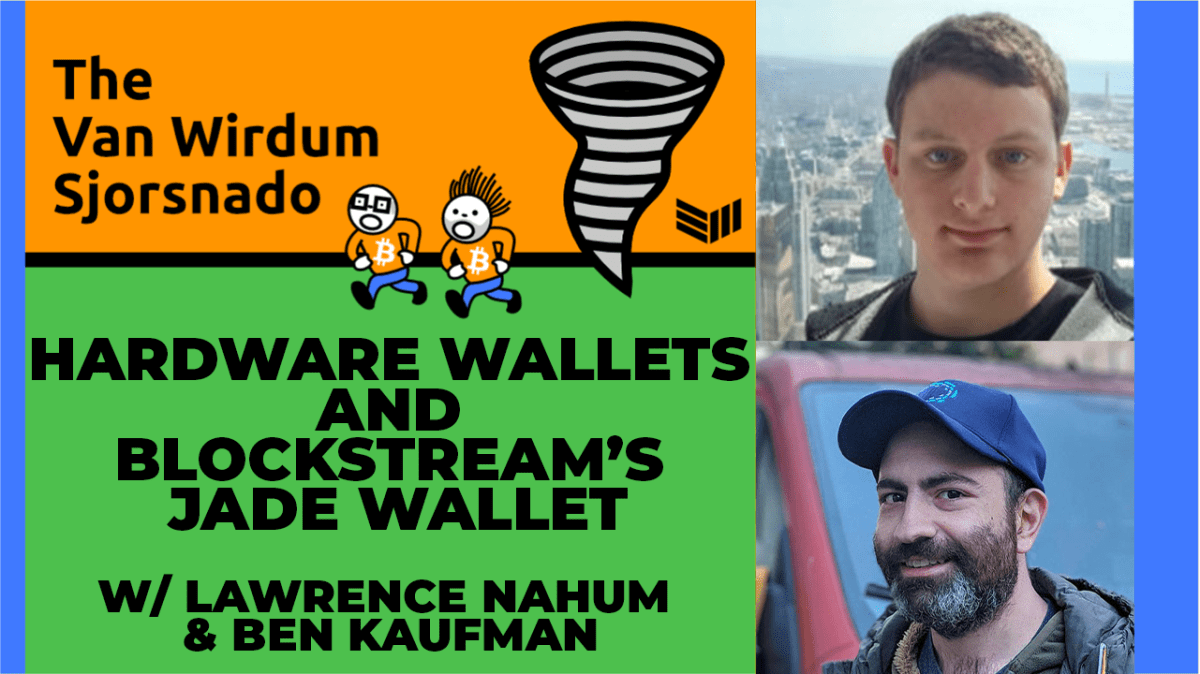 In this episode of “The Van Wirdum Sjorsnado,” Aaron van Wirdum conducted one more interview without his regular co-host Sjors Provoost. Instead, he was joined by Blockstream’s Lawrence Nahum, one of the developers behind the Jade wallet; and Ben Kaufman, one of the developers of the Specter wallet, which is specifically designed to work with hardware wallets.

Then, Nahum explained which tradeoffs the Jade wallet makes. He also detailed how an additional server-based security step is used to further secure the Jade wallet, and he briefly outlined some additional differences in hardware wallet designs, for example those focused on usability.

Finally, van Wirdum, Nahum and Kaufman discussed whether the concept of hardware wallets are a good idea in the first place, or if it would perhaps be better to use dedicated smartphones to store your bitcoin.