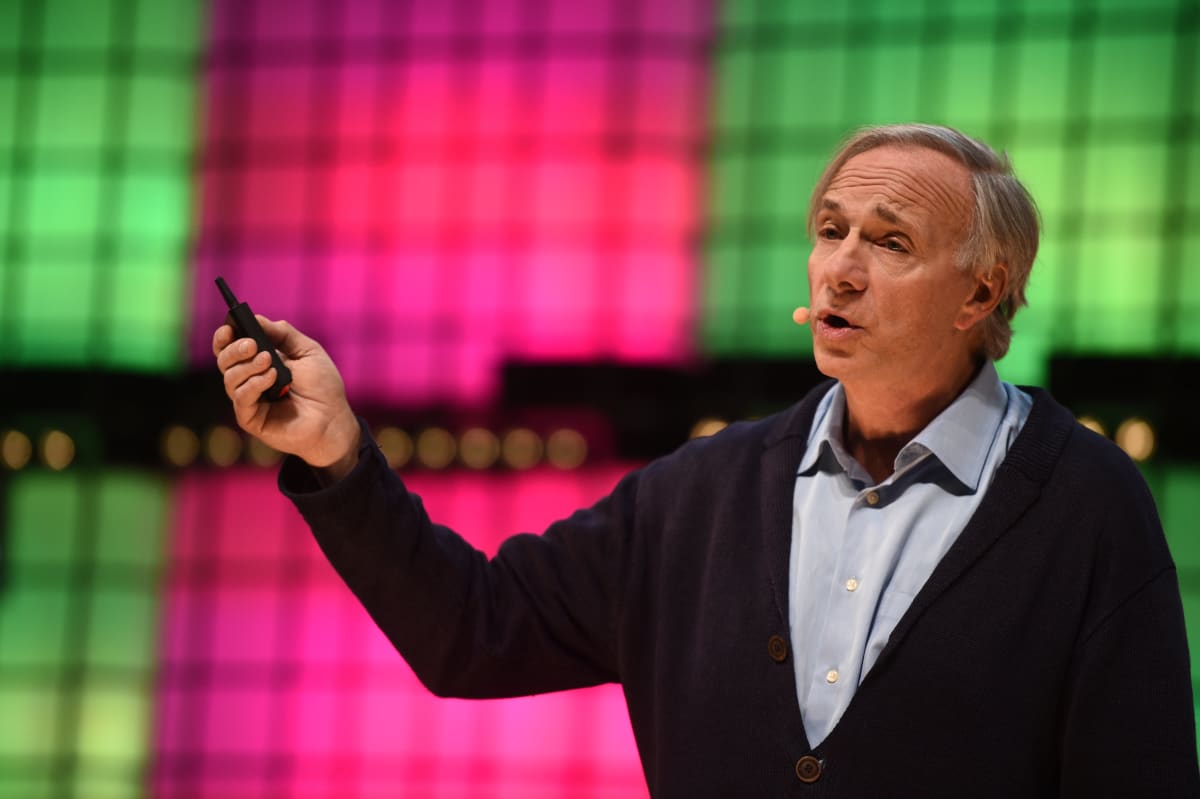 Ray Dalio, co-chief investment officer of Bridgewater Associates, one of the world’s largest hedge funds, owns some Bitcoin, but in an interview with CNBC today he demonstrated that he doesn’t understand or believe in it as a superior store of value to gold.

“If you put a gun to my head, and you said, ‘I can only have one,’” Dalio said in the interview, “I would choose gold.”

After years of brushing off and actively doubting Bitcoin, the 72-year-old revealed in May that he owns an undisclosed amount of it:

“I own a very small amount of bitcoin. I’m not a big owner,” Dalio told CNBC. He went on to explain Bitcoin as an asset “that you want to own to diversify the portfolio.” In the same breath he noted that “bitcoin is something like a digital gold.”

Despite Dalio’s comparison of Bitcoin to digital gold, over that last year, Bridgewater invested more than $400 million into gold, which has long been considered a store of value.

According to CNBC, in 2019 Dalio wrote on LinkedIn that “adding gold can help balance one’s portfolio because it is both risk-reducing and return-enhancing.”

Notably, Dalio told Coindesk last spring that if forced to choose between gold and Bitcoin, he would pick gold because of its history as a “storehold of wealth”.

While gold has historically been a hedge against fiat inflation, bitcoiners believe that Bitcoin has subsumed gold in its functions, virtues and necessity.

Bitcoin is more salable across space, time, and scale than gold. The issuance of Bitcoin will stop at 21 million coins, whereas gold will be mined until none exists anywhere in the universe. The only thing limiting the inflation of the gold supply is the amount of resources we devote to the task of mining it, and on that front, we’ve barely scratched the surface of the earth.

One explanation for Dalio holding gold over Bitcoin as a store of value is a misguided belief that Bitcoin will be simply outlawed by the U.S. government. Bitcoin as a network and a currency, however, is resistant to government capture, unlike gold.

Indeed, as we have seen over and over again in China and India, Bitcoin can be regulated, but it cannot be stopped. Governments have no control over the protocol, and no power to halt, alter or confiscate Bitcoin transactions.

At the same time, the physical nature of gold, and the impracticality of storing it safely makes it easily confiscatable by third parties and governments alike. Note that all standard Good Delivery Gold Bars must be held in third party custody to be recognized as valid, and the vast majority of investors’ gold is held in banks.

For now, Dalio just doesn’t see Bitcoin as a store of value, which is arguably its strongest and one of its most obvious virtues:

“I just think of it as diversification,” he said.