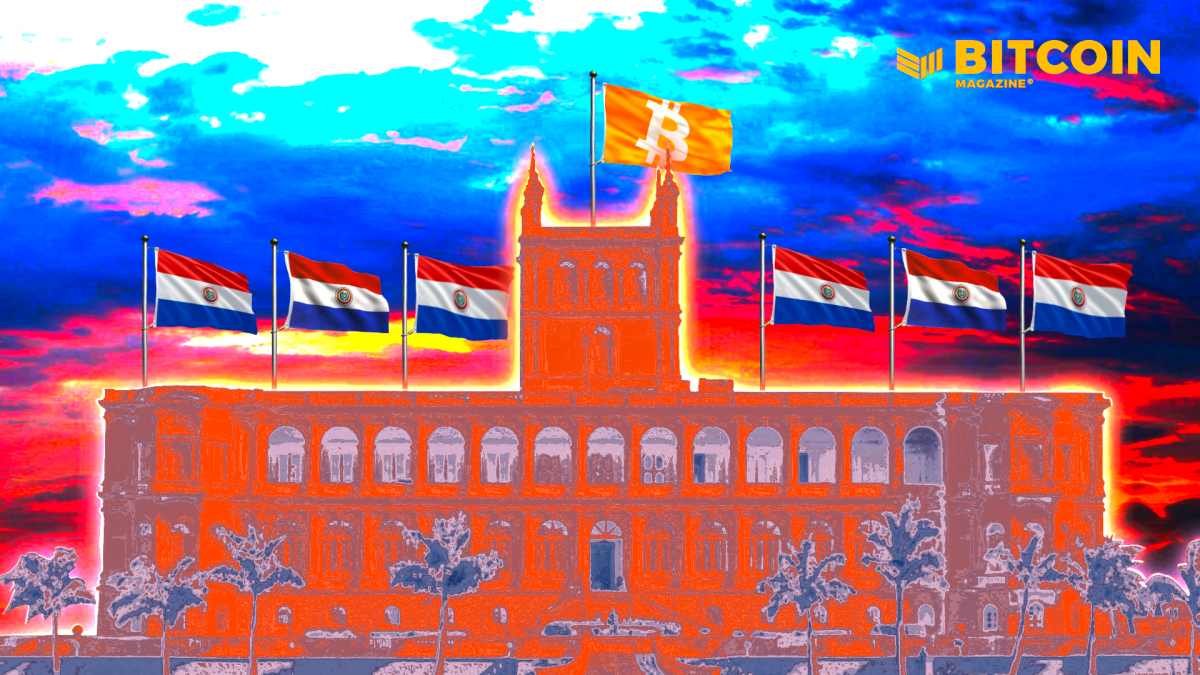 A few weeks ago, Paraguayan Congressman Carlitos Rejala sent us a translated version of legislation seeking to clarify the legal status of bitcoin and other cryptocurrencies in his country. Coming shortly after lawmakers in El Salvador — located just 3,000 miles away — had established bitcoin as legal tender, many in the space were optimistic that this legislation would attempt to grant BTC similar status in Paraguay.

That was not the case. While El Salvador’s final bill was just a few pages of text representing easily the most favorable, accommodating Bitcoin legalese ever passed, the early draft of Paraguay’s legislation set a different tone. It seeks to establish bitcoin as property, rather than legal tender; it would require bitcoin miners to obtain government licenses for their operations, an apparent restriction on the free use of power to create permissionless value; and it detailed sanctions and penalties for those who would violate its proposed rules, which included measures to protect cryptocurrency investors as well.

But two of the architects behind the proposed legislation argue that for their country, this bill and its detailed regulatory framework are necessary to foster Bitcoin innovation. While a lack of any federal rules may be the cypherpunk vision for many Bitcoiners, they feel that without them, the Bitcoin industry cannot flourish in their home country.

Is Regulation The Best Way To Foster Bitcoin In Paraguay?

“Bitcoin as a legal tender, it’s not going to happen right now in Paraguay,” explained Juanjo Benitez Rickmann, the managing director of a Paraguayan cryptocurrency mining firm who also serves on government fintech councils. “We are a really stable country, a really stable economy, we have a three or 4% inflation rate, we have a strong currency that is the guaraní, so we are just fine. We thought that we have the time to make a really good proposal for everyone.”

An agricultural investor in the country recently reported that Paraguay’s economy has grown by more than 4% each year since the early 2000s, with its middle class seeing expansion in this time as well. Since then, foreign investment in the country has also grown. It’s likely that this economic status means that the government there, as in most places around the world, doesn’t feel the need to capitulate to Plan B, as El Salvador’s might. But Rickmann does feel like changes are necessary if this foreign investment is going to expand to Bitcoin businesses, particularly miners.

“All the bill is about is to create a healthy environment for an investor who wants to come to Paraguay and do bitcoin mining,” he said. “Why we’re focusing on Bitcoin mining is because we know that anybody can build a data center here in Paraguay… [But for] somebody to want to come to Paraguay to invest, not $1 million, maybe $30 million … they need to be really secure and comfortable with a law, a framework, that will help them to work with peace of mind.”

The draft bill was signed into Paraguay’s senate on July 15, and an oversight committee is now prepared to start “socializing” it with additional members of government, said Fernando Arriola Arza, a Paraguayan cryptocurrency miner and government liaison who, along with Rickmann, said that he “wrote about 90%” of the bill. Next steps would be for the relevant government ministries to meet with the bill’s authors and share their thoughts, likely in the next ten days or so.

Will This Regulation Help Paraguay Capture Its Bitcoin Mining Opportunity?

“There’s also a geopolitical factor to the presentation of this bill,” Arza added, pointing to two hydroelectric dams that Paraguay operates with its neighbors Brazil and Argentina. “Those massive hydroelectric dams generate about… 5.5 gigawatts of excedent energy that we can be consuming. That energy goes to waste pretty much. A portion of that is being sold to Brazil at near zero. And the other portion of it is sold to our other financial partner, which is Argentina, which has yet to pay us for the past five years. So, there’s an overall optimization of usage of power that is needed here and mining is a great opportunity for the country to consume that energy.”

But to capture that opportunity, Arza said, billions of dollars in investment would be needed. Like Rickmann, he thinks attracting foreign-based bitcoin mining companies is critical.

“We thought it would be prudent to establish a clear framework for international investors, specifically investors coming out of countries that have been banning this,” he explained, alluding to bitcoin miners based in China who are now seeking new homes.

A pivotal aspect of this framework is that it would “recognize mining virtual assets as industrial activities within the Ministry of Industry and Commerce,” per a translated version of a draft of the bill. That is key for navigating Paraguay’s legislative structure in Arza’s view.

“This is meant to be an industrial bill… We don’t want cryptocurrency mining to be considered a financial service,” he said. “If we go into regulation for our field of industry, with the Ministry of Industry, the central bank is not involved and the financial authorities are not involved. And this is our main concern because in Paraguay, when financial authorities are involved, they’re going to put this bill in a nice, little, neat folder and put it somewhere where we’re not going to see it for five years.”

While this regulatory framework expands far beyond the bitcoin mining industry, that is clearly the focus for Rickmann and Arza. And the bill’s proposed requirement for mining licenses did appear to be one of its most onerous, heavy-handed provisions. Similar rules in Iran, for instance, seemingly disincentivized a decentralized bitcoin mining industry, rather than encourage it.

And it should also be noted that as entrenched cryptocurrency miners themselves, Rickmann and Arza would likely stand to benefit from a government mining license requirement. But when pressed over the fact that many in the Bitcoin community see regulation as antithetical to the technology and movement, they argued that a libertarian approach would be untenable in their country.

“In Paraguay, things move differently,” Arza said. “The things that we’ve requested in the license are the things that the government requires from you either way to start any single kind of operation.”

Arza also pointed to a significant criminal presence in Paraguay — which he noted is the second-largest producer of cannabis in Latin America, despite that being an illegal substance there — as a reason that laws are needed if Bitcoin will find legitimate footing.

“If we don’t have a legal framework that protects us business owners and international investors from this kind of hate and crime, then we will never have an actual civilized endeavor here,” he said. “We’re never going to grow.”

Still, the pair seemed to have a sense that their proposed bill and regulation in general are unpopular with the international Bitcoin community, and they were eager to clarify its purpose. Rickmann acknowledged that some changes may be necessary to better serve Bitcoin adoption.

“And we are thinking… we have to add in the proposal that if you are spending, for example, 50 kilowatts in your home or in your office, you don’t need to get a license for that,” he said.

To date, Bitcoin has seen remarkable growth around the world among a lack of regulation. While favorable rules like El Salvador’s are celebrated, regulation around a permissionless, censorship-resistance, distributed monetary network are largely meaningless and impossible to enforce. But they do provide at least one tangible measure, demonstrating a government’s prevailing attitude toward this financial revolution.

With this draft legislation, Paraguay appears to be a place where regulators recognize the immense commercial potential of Bitcoin. But whether or not that potential can be fostered in the way that they hope is yet to be seen.