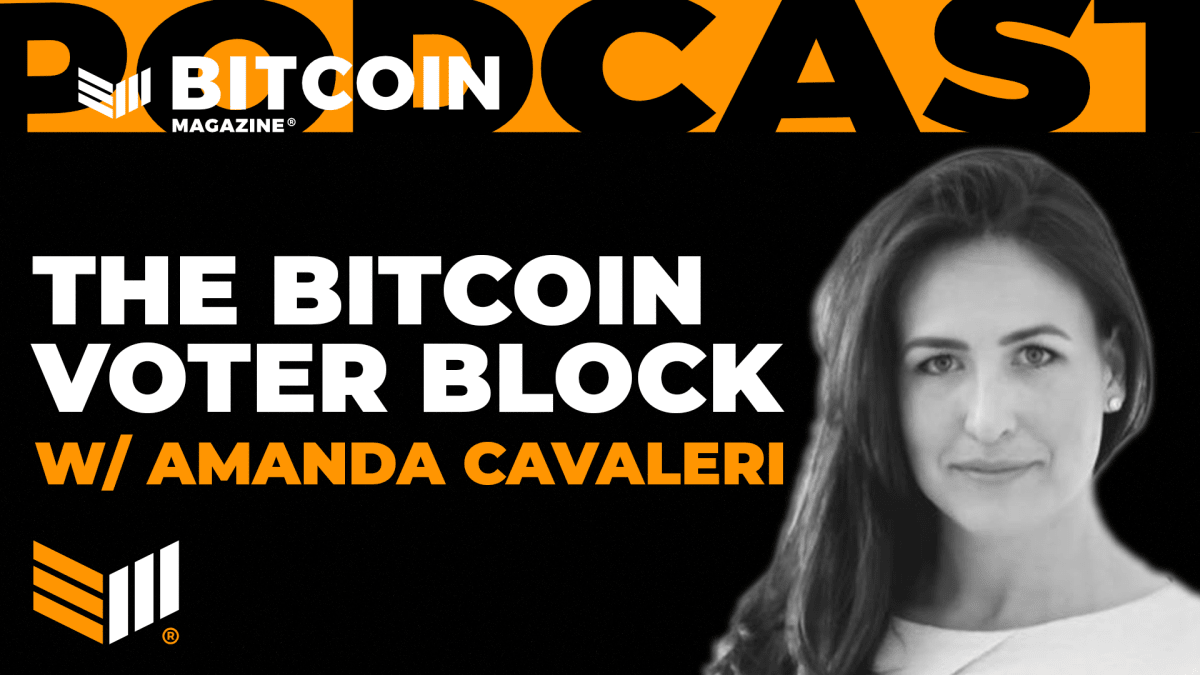 Many Bitcoin enthusiasts tend to lean from a significantly libertarian perspective. Many take pride in routing around the government and relish in Bitcoin’s ability to just opt out completely.

Unfortunately for the Bitcoiners not interested in participating in politics, last week, a proposed version of a United States infrastructure bill introduced an existential crisis for Bitcoin and the more general cryptocurrency ecosystem. The bipartisan infrastructure bill, which is a hallmark part of the Biden administration’s first year in office, saw a few last-minute pages added which sought $38 billion in tax revenue by redefining “brokers” within the cryptocurrency ecosystem.

The wording of the proposal addition was very wide ranging and unclear, many legal experts interpreted that the language could have added onerous reporting requirements on any and all participants in the digital value ecosystem.

Amanda Cavaleri, a Bitcoiner and COO of Pearl Snap Capital in Wyoming, sat down with “Bitcoin Magazine Podcast” host Christian Keroles to discuss how Bitcoiners can work together to make sure that Washington respects Bitcoin and the financial innovation it brings to the United States. According to Cavaleri, the Bitcoin cohort is larger than AARP and could soon command more wealth than AARP does. The Bitcoin voting block has the potential to become the most powerful and influential single-issue voting block in the country and all we need to do is organize. Cavaleri believes that Bitcoin is the foundation of privacy and property in the digital future and that we must stand up today to defend it.

Cavaleri recently coauthored an excellent article in Bitcoin Magazine urging and educating Bitcoiners on how to effectively communicate and advocate with lawmakers the benefits of Bitcoin.