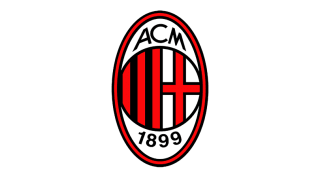 Seven-time UEFA Champions League winner AC Milan has struck a multi-year partnership with BitMex to become their first-ever official sleeve partner as well as their official cryptocurrency trading partner, according to a club announcement.

The logo will officially debut in an away match against UC Sampdoria on August 23, 2021, for their first match of the Serie A season. The logo will make its home debut in front of the fans at the historic San Siro on August 29, 2021, in match week 2 against Cagliari.

The BitMEX logo will feature not only on the sleeve of the men’s team, but the women’s and eSports’ team as well, in all home and away kits and in every competition during the season. AC Milan is a historic club with lots of history who gets lots of viewership every match. Earlier this year, a match against hometown rivals Inter Milan got over 2.2 million live viewers. That is a lot of eyeballs that are going to be looking at the BitMEX logo and potentially venturing into the Bitcoin space for the first time.

One interesting thing to note in the announcement, AC Milan stated that they are happy to work with BitMEX because of their goals of reshaping the “modern digital financial system into one that is more inclusive and empowering.” The monstrous club recognizing that BitMEX is working on Bitcoin — an open and inclusive monetary system with no intermediary that can tell anyone they can’t participate — is huge. The club also went on to say: “AC Milan and BitMEX will focus on innovation, progress, and inclusion as central pillars in the activation of this partnership.”

This isn’t the first time a European football club has completed a partnership with a Bitcoin-related company. As we’ve already seen in England with Watford and Southampton, advertising Bitcoin seems to be the new wave.