The total value of the cryptoasset market has once again risen above $2 trillion, as altcoins including Cardano and XRP race to reclaim all-time highs.

This bullish price action comes in defiance of negative headlines. The Senate passed the infrastructure bill on Tuesday without changing the requirements for crypto tax reporting, and on the same day $611 million was stolen in the largest DeFi hack in history (though the culprit has since returned the funds). Nevertheless, traders were not concerned, and multiple altcoins are now flashing high double-digit weekly gains. 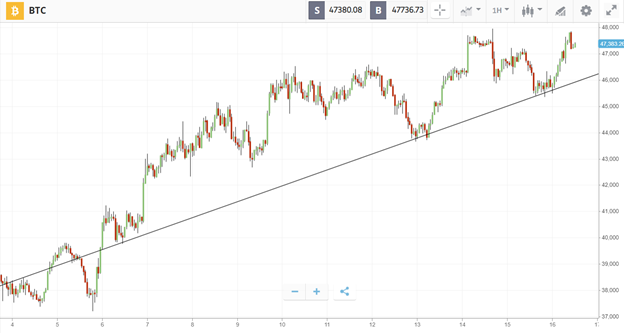 Beating the 3% increases of Bitcoin and Ethereum, XRP jumped almost 60% after forming a new partnership, closely followed by Cardano and Ethereum Classic with almost 50% gains, and Dogecoin which leaped 33% as Mark Cuban tweeted support for the memecoin.

Cardano climbs 45% ahead of major upgrade

Cardano project lead Nigel Hemsley announced a September 12 release date for the planned “Alonzo” upgrade. This would disarm critics by bringing long-awaited smart contract functionality to the network, potentially allowing Cardano to claim its own slice of the DeFi pie and capitalize on the NFT mania currently sweeping over the crypto market.

While the battle may have been lost as U.S. senators failed to amend onerous tax reporting rules in the infrastructure bill, the market appears to be expecting that crypto will eventually win the war.

Prices continued to rise this week, despite the bill passing the Senate on Tuesday. Commentators suggest this could be because the event is being seen as a coming-of-age moment for the crypto industry, which is long-term bullish.

In his recap of the infrastructure bill, Compound lawyer Jake Chervinsky said that “ultimately we will look back on this as one of the most positive events, holistically speaking, that we’ve had so far in terms of the industry’s interactions with the government.”

As buyers push prices upwards, all-time highs are appearing on the short-term horizon for several of the top cryptoassets.

In the week ahead, Bitcoin faces resistance at $48K. How the leading cryptoasset reacts at this level could determine if the rally of recent weeks is just a temporary “dead cat bounce“, or a continuation of the bull market.

According to data from Glassnode, Bitcoin is flowing out of exchanges at similar levels to the beginning of the year, suggesting traders could be accumulating funds in anticipation of another rally higher.